Among the several vehicles that General Motors will present at this week’s SEMA Show in Las Vegas will be the 2022 Chevy Tahoe Z71 Overlanding Concept – a kitted-out version of the Tahoe that comes equipped with everything needed for a weekend of off-roading and camping. 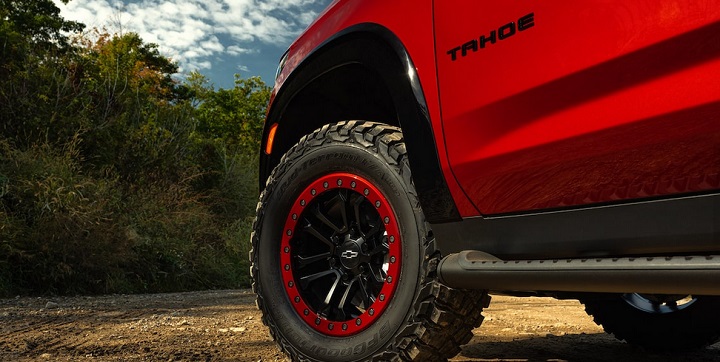 Under the hood of the 2022 Chevy Tahoe Z71 Overlanding Concept is GM’s 5.3L L84 V8 engine, which has a factory output of 355 horsepower and 383 pound-feet of torque. In the 2022 Chevy Tahoe, the L84 engine pairs up with the GM 10-speed automatic transmission and in this case, four-wheel-drive with an Autotrac two-speed transfer case. 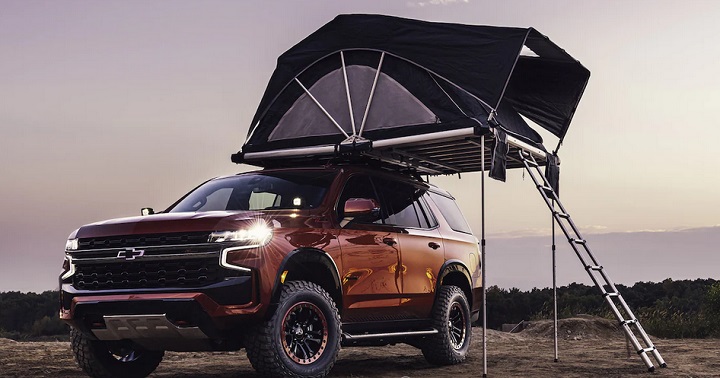 The concept SUV is otherwise identical to a stock Tahoe Z71, feature Red Recovery Hooks with a skid plate, black Chevy bowtie emblems, a black grille, black side roof rails, and a black rear bumper applique. It also appears to feature a set of the Baja Designs Squadron Sport Lamps from the Chevrolet Accessories catalog, which provide some additional forward visibility when off-roading at nighttime.

The purpose of this concept is to show Chevy customers how the Tahoe can be customized and outfitted with off-roading in mind. It puts a particular emphasis on overlanding, as the name suggests, which is essentially a combination of off-roading and camping that enables participants to reach off-grid campsites and other remote locations with their vehicles.