General Motors introduced a brand-new fifth generation for the Chevy Tahoe nameplate with the debut of the 2021 model year, ushering in revised exterior styling, an updated interior, fresh tech, and a new independent multilink rear suspension. With the introduction of the new 2021 Chevy Tahoe comes a new Chevy Tahoe PPV (Police Pursuit Vehicle) as well, a vehicle which can also be used by fire departments, like the example featured here. 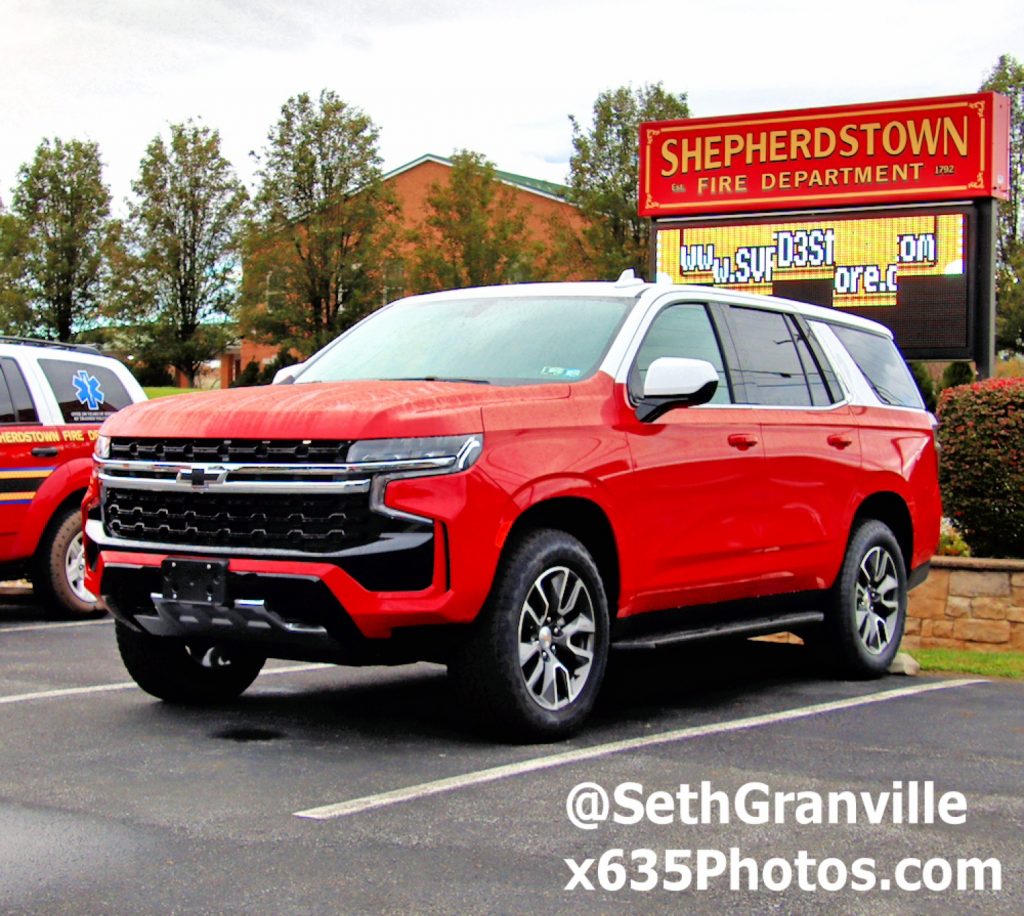 Coming to us from GM Authority reader Seth Granville, this 2021 Chevy Tahoe PPV is covered in a two-tone paint treatment, with red paint below, and white paint for the roof and pillars. The photo was captured prior to application of the fire department graphics, and actually looks quite good with the two-tone red-and-white treatment.

The vehicle will apparently be used as part of the Shepherdstown Fire Department EMS (Emergency Medical Services) response. 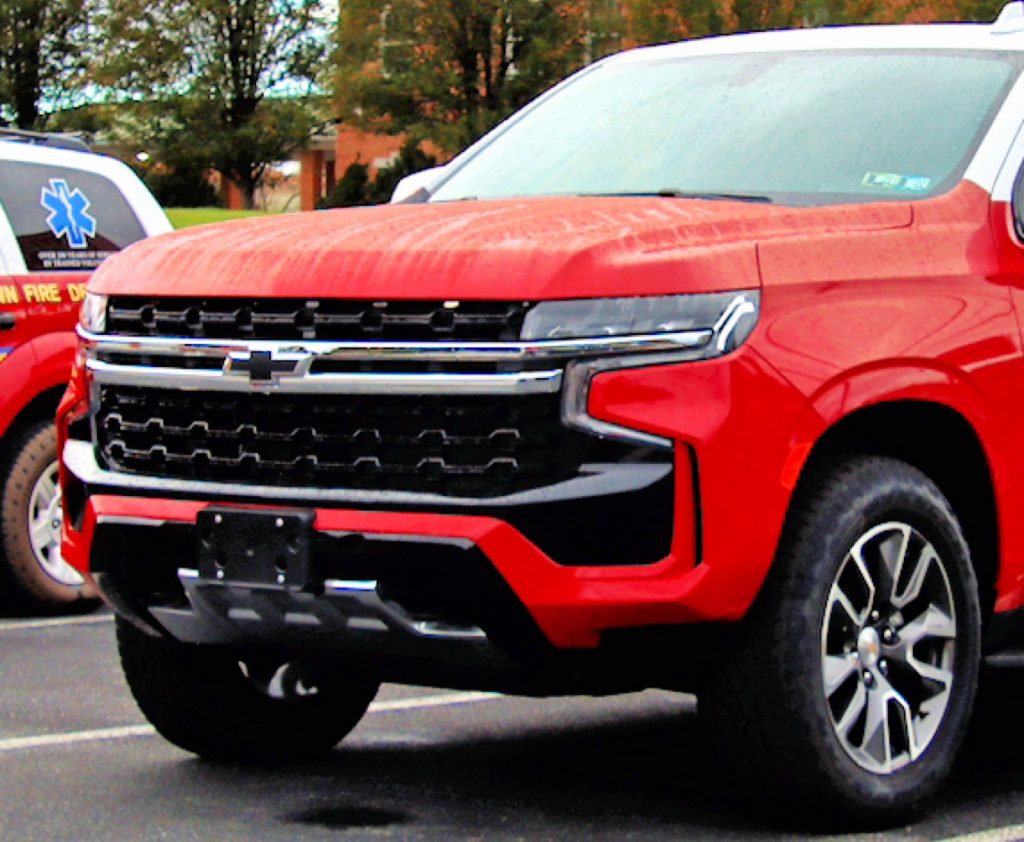 Beyond the obvious two-tone color, this 2021 Chevy Tahoe EMS vehicle has the same exterior design as the rest of the 2021 Chevy Tahoe PPV lineup. That means it’s equipped with a Z71-specific front fascia, which, compared to the standard 2021 Chevy Tahoe front fascia, provides a greater approach angle. The Z71 bumper is complemented by a more aggressive grille, as well as a beefy front skid plate.

As for the mechanical bits, the 2021 Chevy Tahoe PPV is available with either rear-wheel drive or four-wheel drive. Under the hood, PPV models are equipped with the naturally aspirated 5.3L V8 L84 gasoline engine, which comes with heavy-duty oil cooling and rocker covers plucked from the 6.2L V8 LT4 gasoline engine for improved crankcase ventilation. 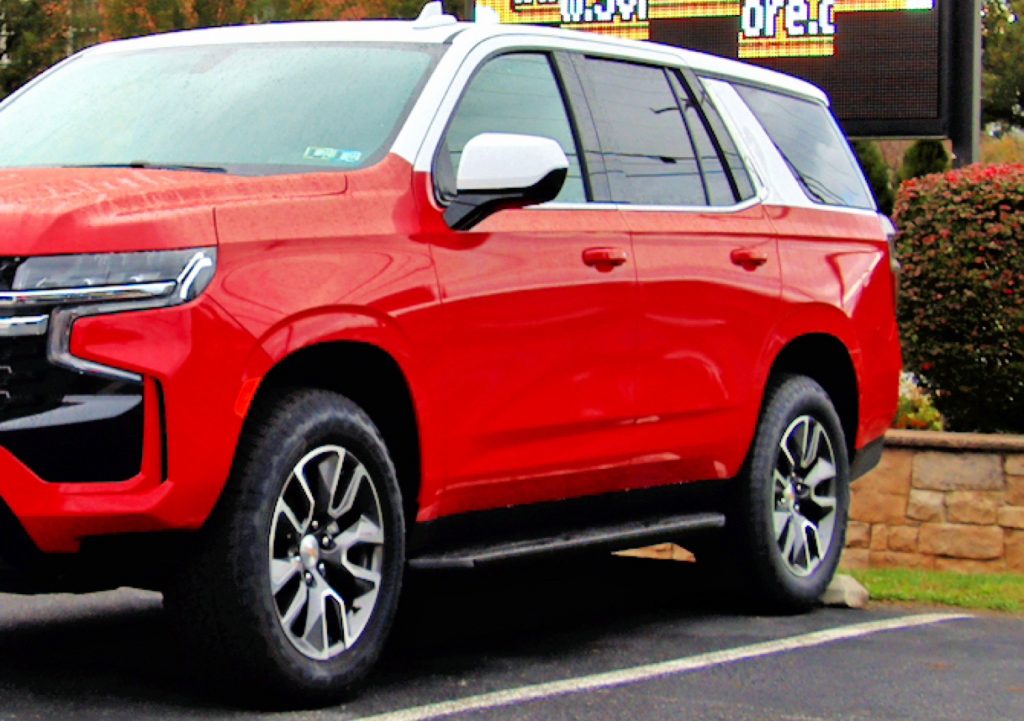 Like the rest of the contemporary Chevy Tahoe lineup, the 2021 Chevy Tahoe PPV is produced at the GM Arlington Assembly facility in Arlington, Texas, the same facility that is also responsible for production of the GMC Yukon, Cadillac Escalade, and Chevy Suburban.