This Buick Regal is pure race car mode for the street, pulling out all the tricks to make for an absolutely ridiculous ride that oozes performance from every pore. 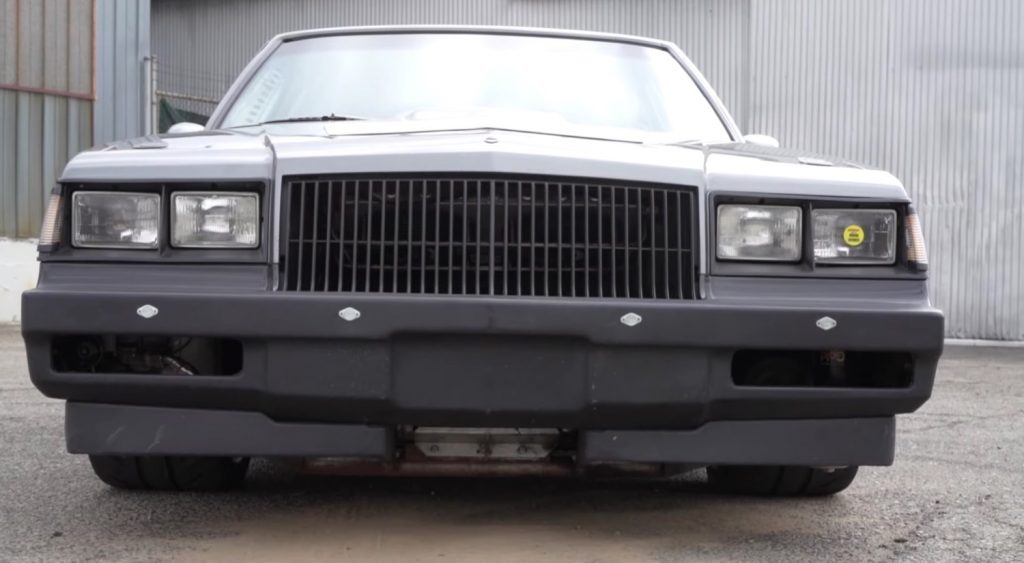 As featured in the following sub-12-minute video from AutotopiaLA, this Buick Regal was pieced together by the folks from P2 fabrication. The car started life as a 1986 Buick Regal T-Type, but after the current owner blew the motor, he decided to go with an LS V8. From there, things quickly got out of hand, and now, this two-door is an absolute monster. 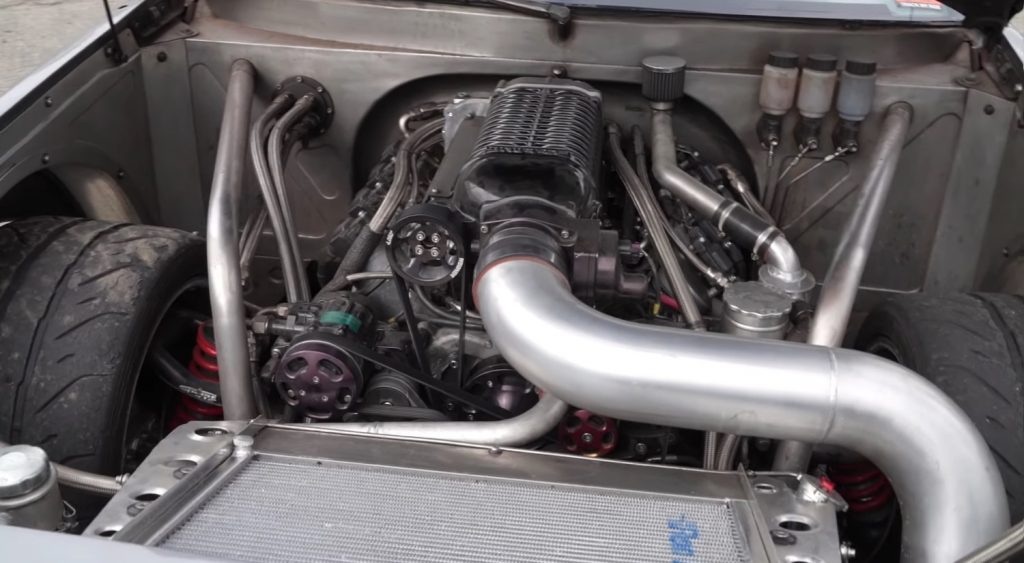 Highlights include a supercharger for the LS V8, feeding a sequential gearbox connected to a full floating Currie 9-inch rear end and 3.70 gears. The ‘eight also rocks dry sump lubrication, and is mounted 10 inches back as compared to the factory mounting location for the stock V6, thus helping with weight bias and handling.

For the video, the owner decided to detune it a little to somewhere between 700 and 800 horsepower. However, those figures ratchet up to 1,176 horsepower with a full-boost setup.

At 3,800 pounds, this 1986 Buick Regal isn’t light, with the G body chassis underneath, as well as a full cage in the cabin. Still, it has more than enough power to put it to work. Top speed is well over 200 mph.

The owner says he likes to go racing, competing in the Optima Ultimate Street Car Challenge. As such, this Buick Regal has all the trappings of a street car, including a stereo, A/C, and power windows. That said, the interior still looks stripped down and is strictly business. 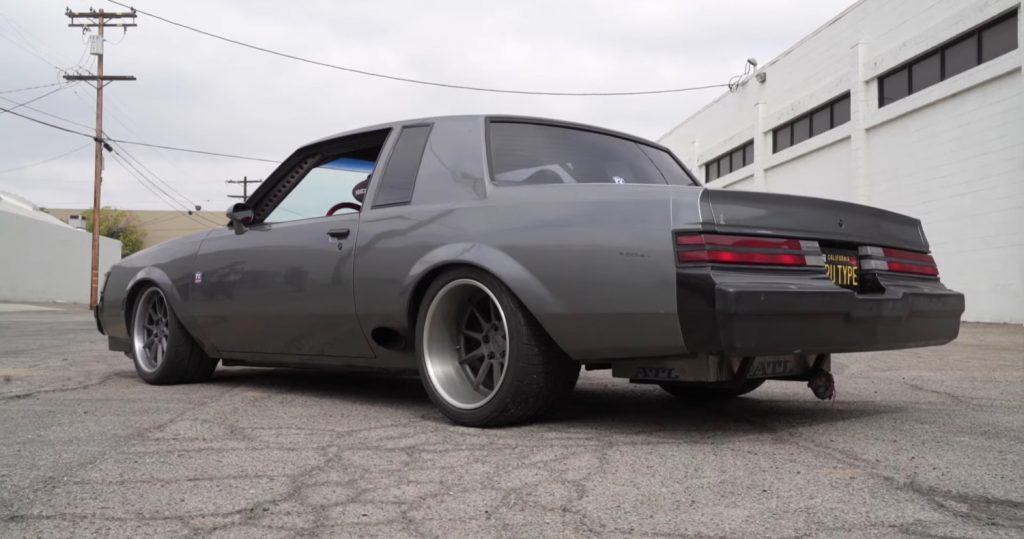 Wheel and tire sizing is configured for 335 width tires at all four corners, but interestingly, 315 squared turns better lap times. Also check the enormous side-exit exhaust just ahead of the rear tires, as well as Baer brakes with six-piston calipers, plus additional four-pistons in back for the hydraulic e-brake.

All told, this 1986 Buick Regal absolutely rips, as seen in the video: