The annual SEMA Show in Las Vegas is the traditional stomping grounds for all manner of custom four-wheeled goodness, and the latest 2021 running of the event was no different. Now, we’re taking a closer look at this squeaky clean 1984 Chevy C10 pickup, which comes equipped with a supercharged LSX V8 under the hood. 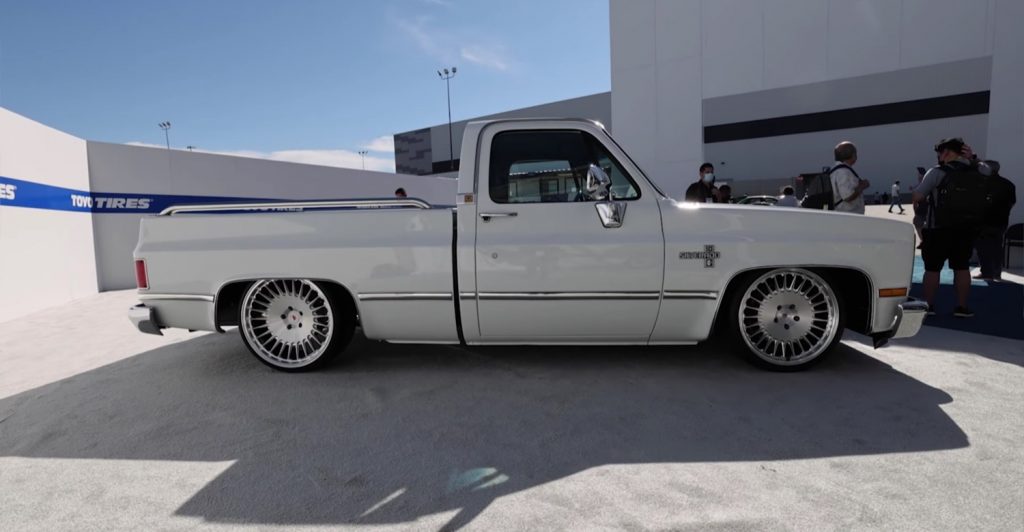 This particular Chevy C10 belongs to Kyle Martin, who built the pickup over the last two years. Originally starting life as a farm truck from Ohio, the transmission went pop one day, prompting Martin to dig in and build it into something special. 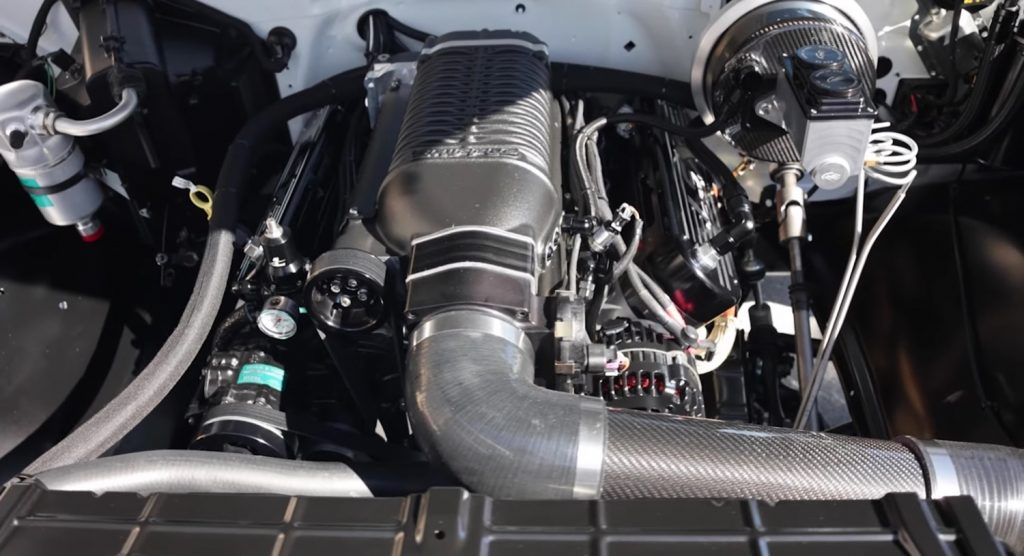 Martin and his father are self-proclaimed “huge GM fans,” and as such, the 1984 Chevy C10 takes its performance inspiration from the Camaro Z28 and Corvette C8.R race car. For the motor, Martin went with the LSX376-B15 crate engine, which was beefed up with a 2.9L supercharger from Whipple. There’s also a set of Hooker BlackHeart headers to give it an appropriately nasty exhaust note.

It’s a clean install under the hood, and is offset with some nice carbon bits to add some spice. The LSX also features a full Dominator vehicle management system from Holley, including a Holley EFI digital dash mounted behind the steering wheel and ahead of the original factory gauges. E3 Customs in Florida is responsible for the upholstery treatment. 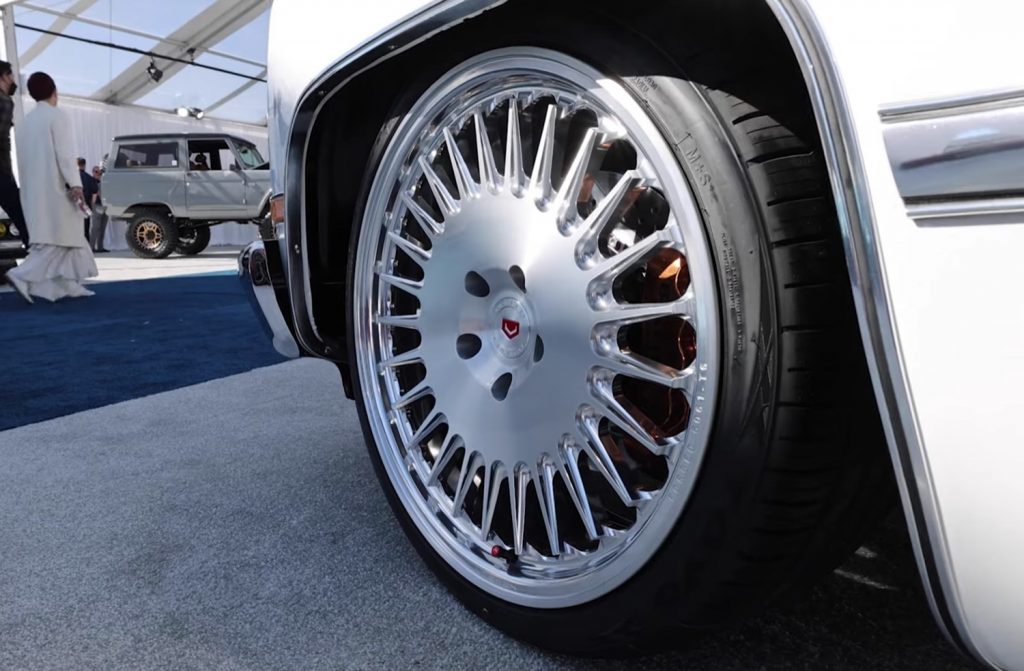 Further upgrades include a set of Vossen wheels. Martin is the marketing director at Vossen, so he decided to throw on a set of Vossen Forged ML-R1 rollers, finished in brushed gloss clear with polished barrels. It’s a relatively understated wheel design, all things considered, but adds some lovely detail to the squared-off 1984 Chevy C10.

Final details include a new rear diffuser inspired by the C8.R race car, which also hides the air ride suspension bits and computer hardware as well.

All told, this 1984 Chevy C10 is a looker, with thoughtful, tasteful upgrades front to back. Check it out in the feature video below: