The 1980 Pontiac Trans Am Turbo was the answer to the horsepower question after CAFE (Corporate Average Fuel Economy) standards killed the venerable 6.6-liter V8. The 301 cubic-inch V8 used for the Turbo Trans Am differed from the traditional 301s Pontiac introduced in 1977 in that the block was fortified, pistons and head gaskets were more robust, and it had a high-pressure oil pump. And there was the electronically controlled (the electronic control was sourced from Buick) Garrett TBO-305 turbocharger that fed nine PSI through a modified version of the Rochester Quadrajet four-barrel carb. To keep things running properly, Pontiac added a knock sensor that would retard the ignition timing when pre-ignition knock was detected. 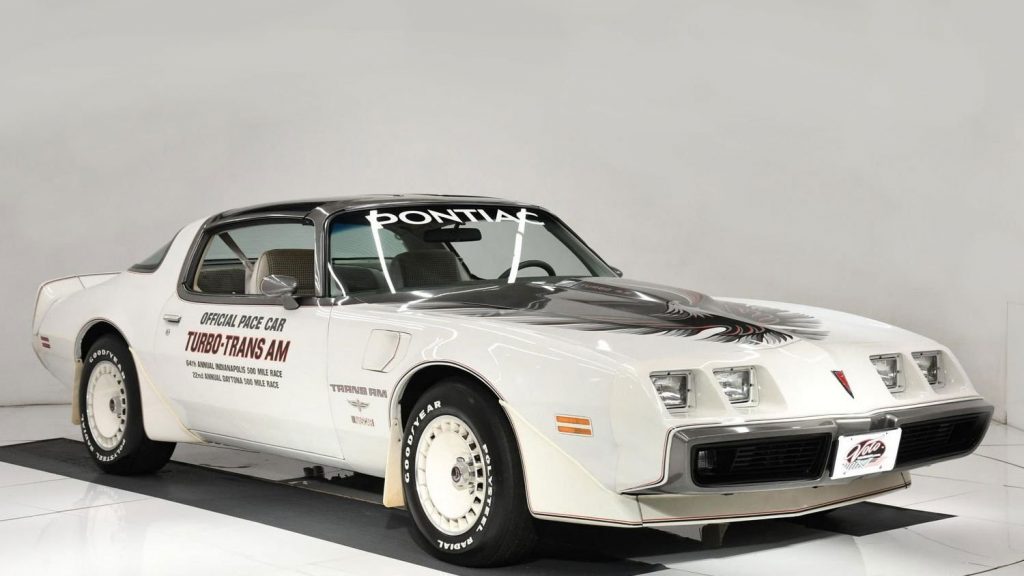 The 1980 Pontiac Trans Am Turbo was rated at 210 horsepower and 345 pound-feet of torque, quite an improvement over the stock 301, which was measured at 140 horsepower and 240 pound feet. The T/A Turbo was backed by a three-speed automatic transmission that moved power rearward through a 3.08 rear gear. 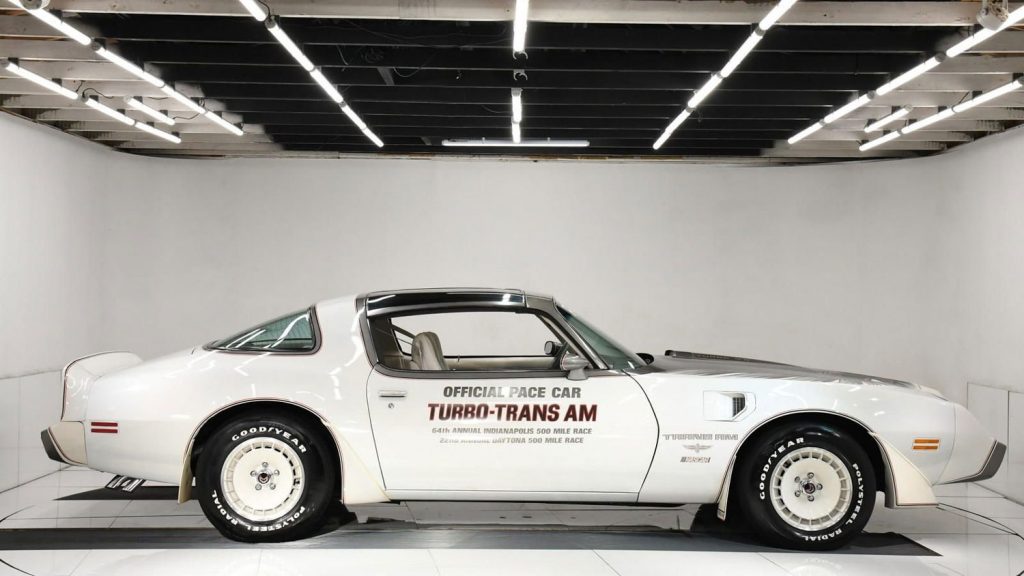 The Pontiac Trans Am Turbo’s iconic Firebird hood decal had a larger lick of flame coming from its mouth than the standard birds of previous years. The hood also featured an asymmetrical driver’s side power bulge needed to accommodate the turbo and carb. On the back side of that bulge, closest to the windshield, there was a boost gauge that had three horizontally oriented orange lights labeled “NORMAL”, “MEDIUM”, and “HIGH.” 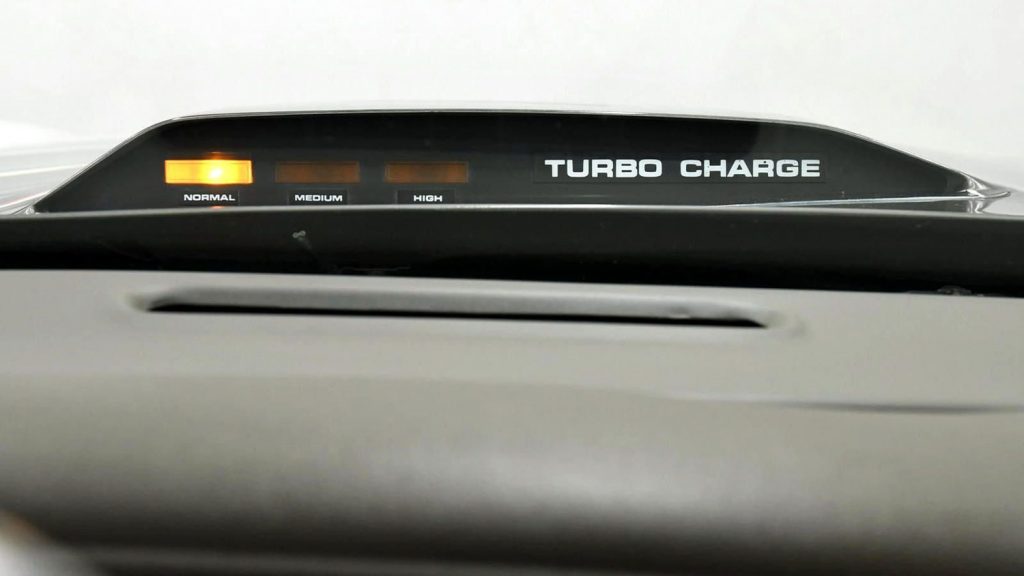 MotorTrend magazine tested the 1980 Pontiac Trans Am Turbo, achieving a best zero-to-sixty time of 9.05 seconds, and scooting through the quarter mile in 17.02 tics. Not anywhere near modern performance standards, but in the throes of the performance-robbing Malaise Era, not too shabby. Acceleration was hampered somewhat by the sole 3.08 rear gear choice. 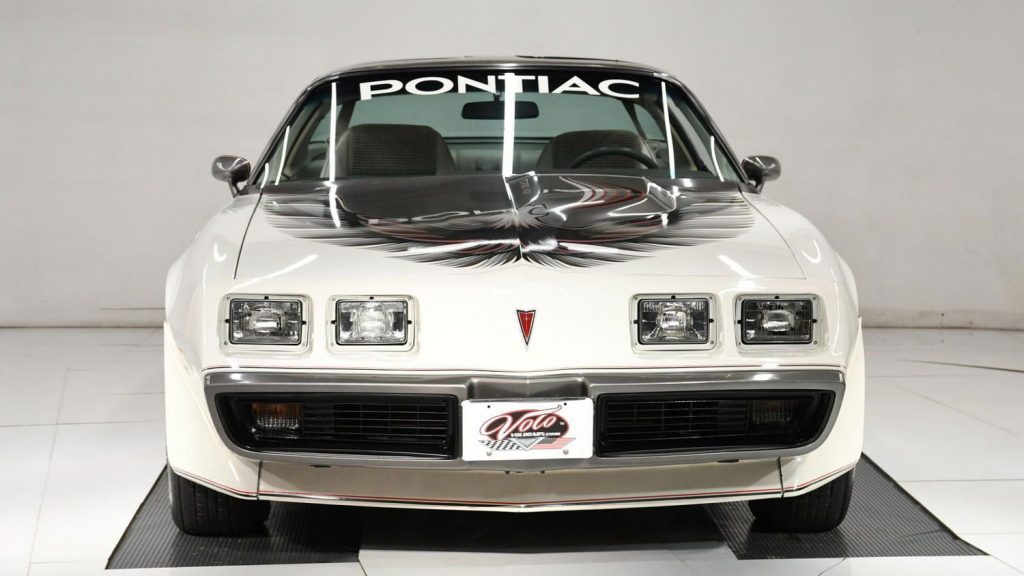 Our feature 1980 Pontiac Trans Am Turbo is one of 5,700 Indianapolis Pace Car replicas built to commemorate pacing the sixty-fourth running of the Indy 500. This all-original survivor has covered just 14,633 miles from new. Highly original and well equipped, it has its two-page-long window sticker and original build sheet intact. 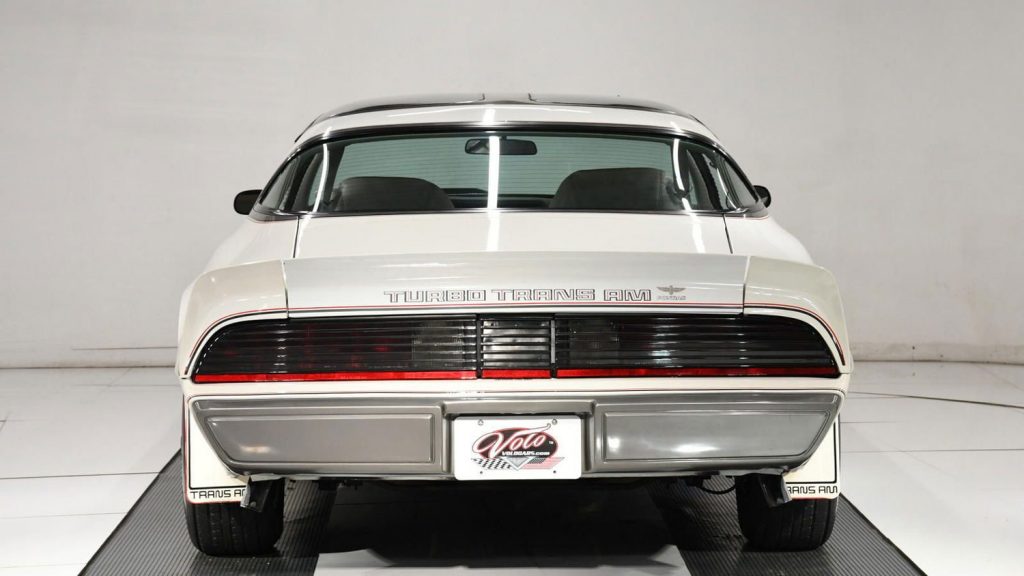 The exterior of the Pontiac Trans Am is finished in its glossy factory Cameo White with the full Turbo Trans Am Pace Car decal package. The decals were originally shipped to the dealership in a box along with the car. The box is in the trunk and has the decal backing inside. No nicks or dings are observed on the car. The white-painted wheels are in mint condition, but are still shod in the original tires. If the new owner wants to drive the car, new tires would be strongly suggested. 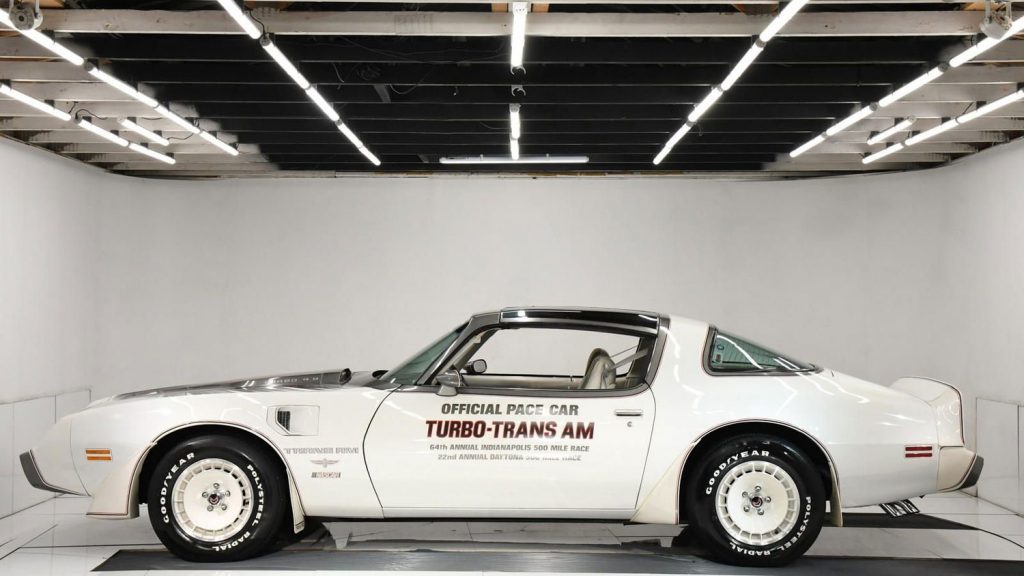 Inside, the Pontiac Trans Am is trimmed in Deluxe Oyster. The light gray carpet appears showroom new, with no signs of wear or fading noted. The seats are Deluxe Oyster cloth with patterned inserts. The leather-wrapped Formula steering wheel is as new, and the machine-turned dash panels gleam. The dash is free from any cracks. All the plastic trim still looks new, and the cigarette lighter has never been used. This Trans Am is equipped with power steering, power brakes, power windows, tilt steering, cruise control, air conditioning, rear window defroster, and a digital AM/FM/cassette stereo. 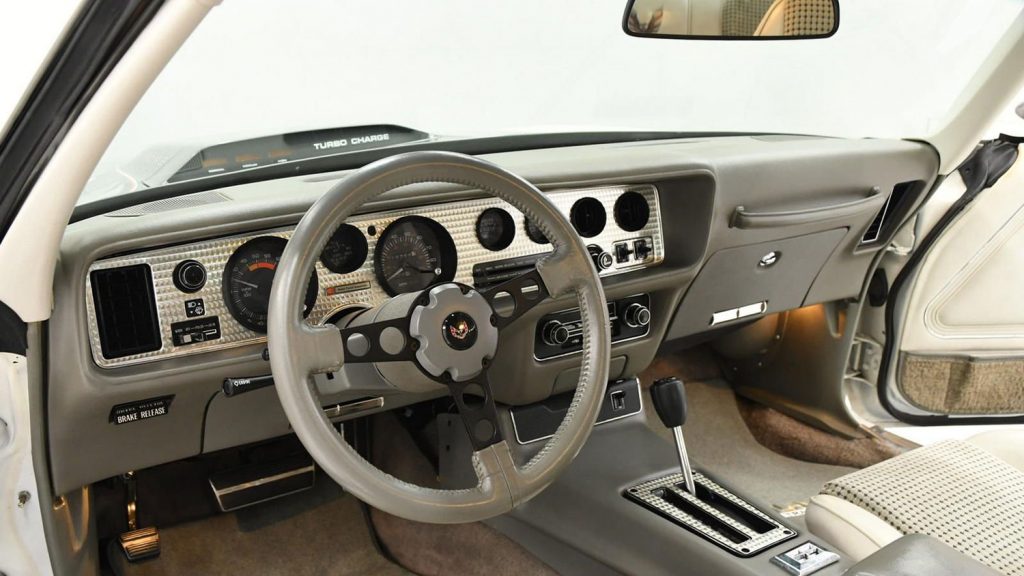 The Pontiac Trans Am Turbo’s engine bay is quite clean. Readily visible is the extra plumbing to the turbo and carb. The 301 V8 is in fine nick, and looks to have been well detailed. A three-speed Turbo-Hydramatic automatic transmission moves the 301’s 210 horsepower to the rear end. 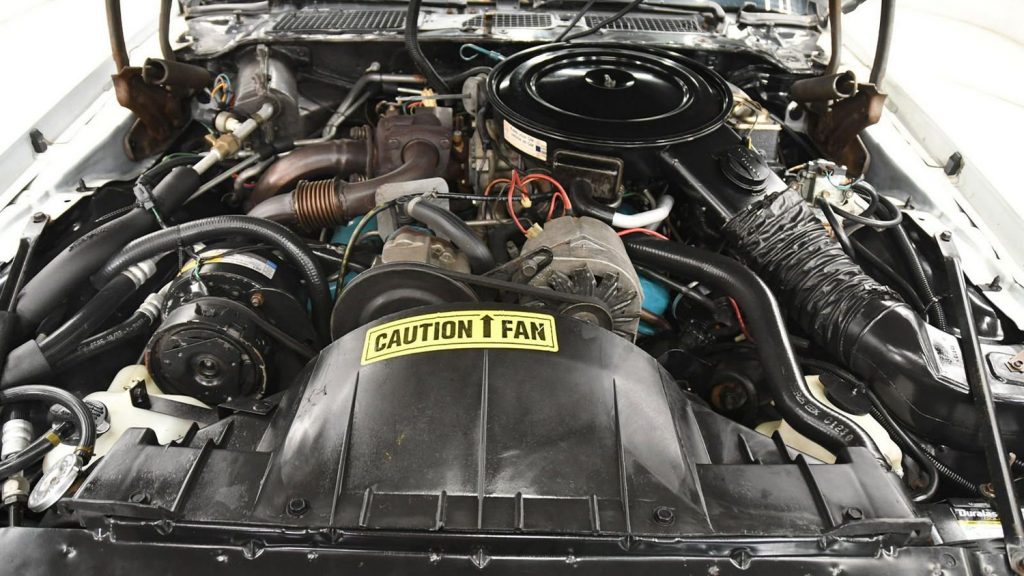 Included in the sale of this exceptional Pontiac Trans Am are extra keys, original dealer’s emblem, pre-delivery inspection, glovebox pouch filled with manuals and literature. This rare time-capsule T/A Turbo is being offered by Volo Cars for $61,998. 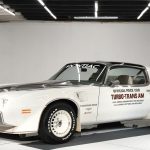 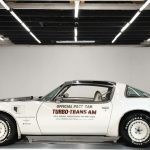 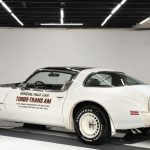 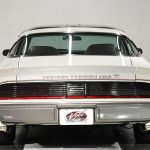 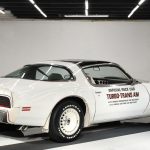 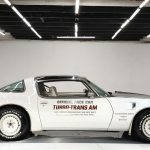 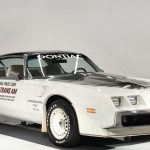 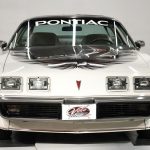 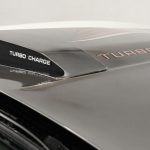 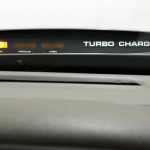 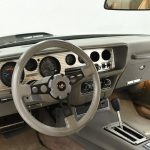 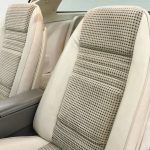 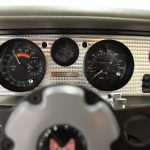 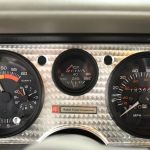 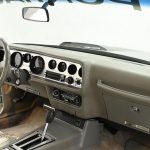 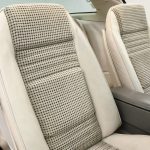 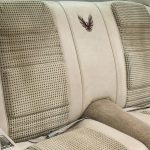 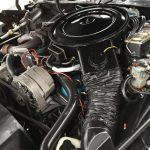 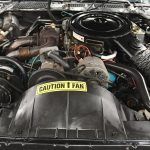 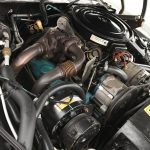