The muscle car-obsessed people behind the Cars and Zebras channel on YouTube returned this week with yet another video of a heads-up drag race starring two mostly stock muscle cars – this time featuring a 1969 Corvette with a 427 V8 and a 1970 Dodge Challenger R/T with a Magnum 440 V8. 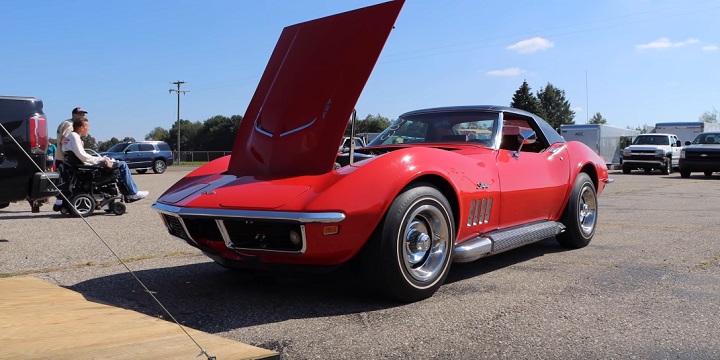 Cars and Zebras caught up with these two factory-fresh muscle cars during an event for the Pure Stock Muscle Car Drag Race (PSMCDR) at Mid Michigan Motorplex. The amateur drag racing series is for 1955 to 1979 model-year muscle cars with minimal modifications that were built in either U.S. or Canadian assembly plants and run slower than 11.5 seconds in the quarter-mile. So while this series may not be setting the timing sheets alight, it’s still hugely entertaining for muscle car fans, as participating vehicles are representative of factory muscle cars from days gone by. Illegal drag racing on Woodward Avenue may be a rarity these days, but at least there’s the perfectly legal Pure Stock Muscle Car Drag Race series! 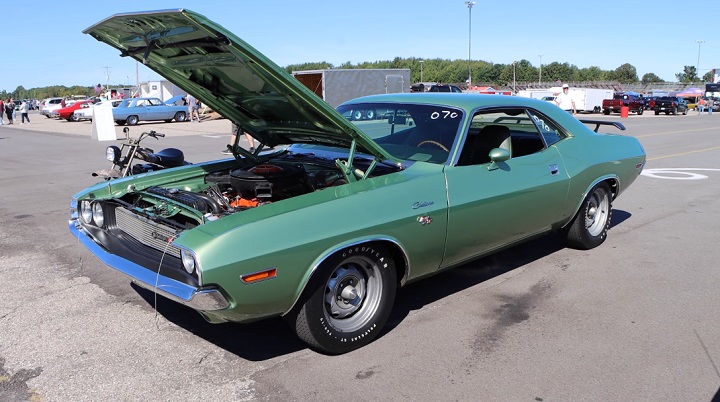 This PSMDR matchup between the 1969 Corvette and 1979 Challenger is extremely close on paper. The Corvette has the Challenger beat in the power department, with the 427 V8 producing an estimated 390 horsepower versus the Magnum 440’s 375 horsepower. The Corvette is also a bit lighter, tipping the scales at 3,700 pounds with the driver included – which is 235 pounds less than the Challenger. The Mopar machine benefits from shorter 4.10 gearing, however, which probably pays dividends in the launch and acceleration phases.

With these two cars being so close on paper, the driver will likely be the deciding factor in who wins this heads-up drag race – especially since both of these vehicles have four-speed manual transmissions. Place your proverbial bets in the comments and check out the video embedded below to see which of these iconic Detroit heavyweights comes out on top.