Chevy and Ford have been trading barbs for ages, with the muscle car era giving us some truly epic battles over the years. Now, we’re taking it back to the Golden Age with this side-by-side sprint between a 1967 Chevy Impala SS and a 1971 Ford Mustang Cobra Jet.

Once again coming to us from the consistently silly and fantastically fatuous Cars And Zebras YouTube channel, this drag racing video offers all the usual C&Z attributes, including walkaround footage, loads of specs, and jokes aplenty. And oh yeah, there’s some drag racing too, which you can find at the 4-minute, 53-second mark.

As for the cars, let’s start with the 1971 Ford Mustang Cobra Jet. Finished in silver and black, this ‘Stang is equipped with a 429 V8 and sky-high 11.3:1 compression ratio, blessing the Ford with 370 horsepower and 450 pound-feet of torque right from the factory. Output is routed rearwards through a three-speed automatic transmission and 4.11 gears, with curb weight tipping the scales at 3,740 pounds. 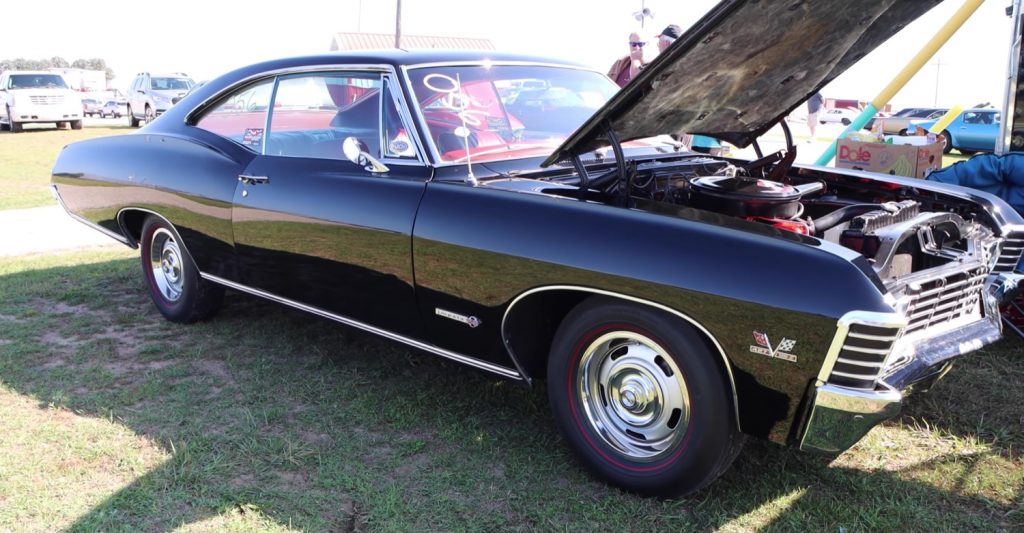 Meanwhile, in the other lane, we have a 1967 Chevy Impala SS, which hits the strip with gorgeous black paint on top of a red interior. Providing motivation in the Chevy is the L36 427 V8 engine, which has a compression ratio of 10.25:1. Max output from the factory was rated at 385 horsepower and 460 pound-feet of torque. Harnessing it all is a four-speed manual transmission and 4.56 gears. Curb weight is rated at a hefty 4,480 pounds. 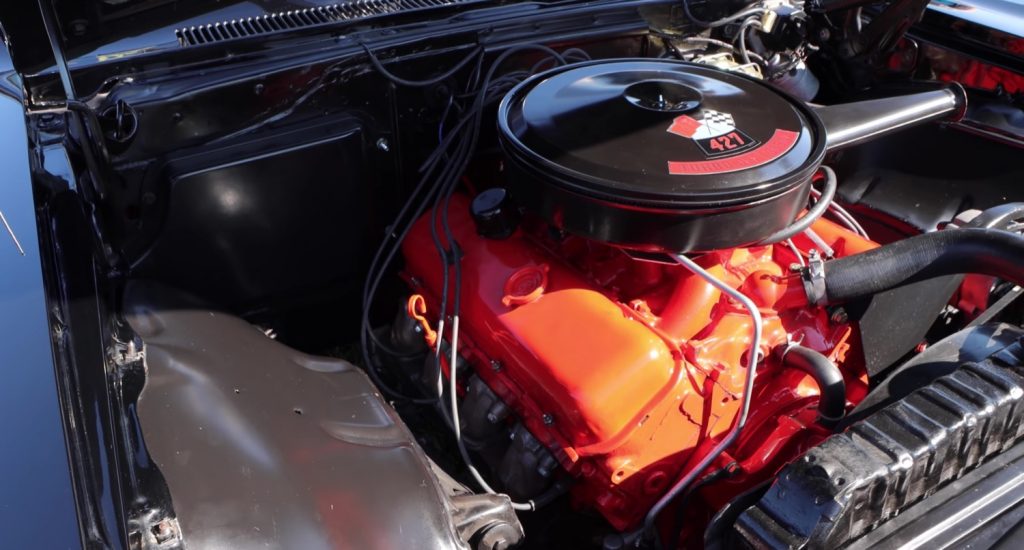 Comparatively speaking, the Mustang has the weight advantage, while the Chevy Impala has a little more power. That said, both of these two-doors compete in the Pure Stock Muscle Car Drag Series, which, despite the name, does allow for a few limited modifications. As such, it’s a bit of a toss-up which car will come out on top, especially when taking into account driver skill. Hit play to see how it all goes down: