The Chevy El Camino debuted for the 1959 model year in response to the Ford Ranchero. Based on GM’s B-Body platform, the El Camino utilized the Chevrolet station wagon architecture, with its Safety-Girder X-Frame chassis. The El Camino would only be produced for two years before taking a hiatus that ended with its re-introduction with the 1964 model year. 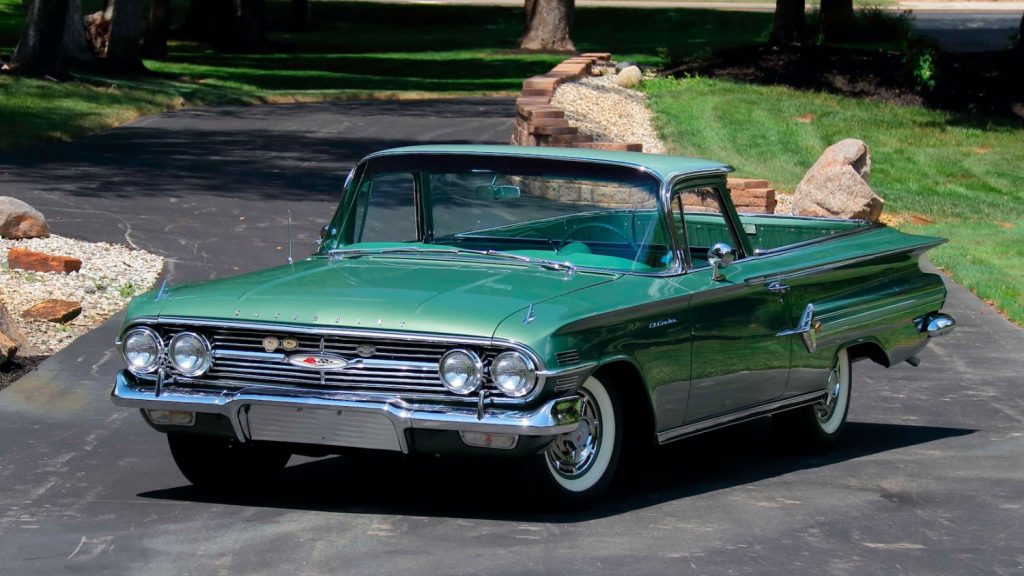 Though only in its second year, the Chevy El Camino received a redesign for 1960. Along with the rest of the B-Body platform, the El Camino featured a smoother grille with slats, two taillights per side as opposed the 1959’s almond-shaped units, flatter angled fins, and “jet” beltline trim. The wraparound windshield was less pronounced with the addition of roll-out wind windows. 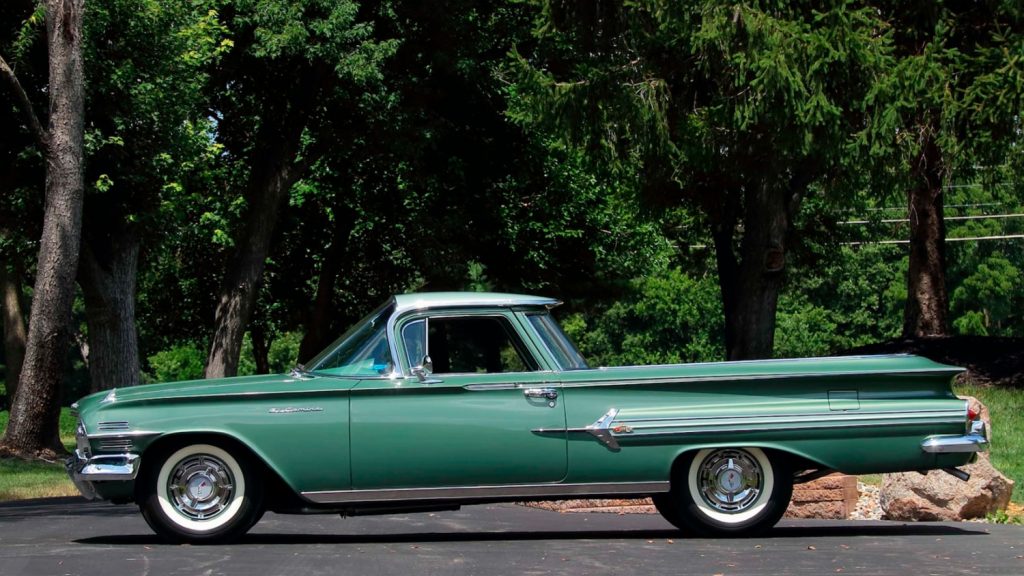 Our feature 1960 Chevy El Camino has been given a fastidious restoration, as evidenced by its multiple show wins. During the restoration, the El Camino was treated to a high quality respray in Cascade Green and Jade Green. Chrome bumpers and trim have been either refinished or replaced. Stainless trim has been polished well. Painted steel wheels wear full-size spinner covers and are shod in wide whitewall rubber. The bed is spotless, with shine every bit the measure as the rest of the exterior. 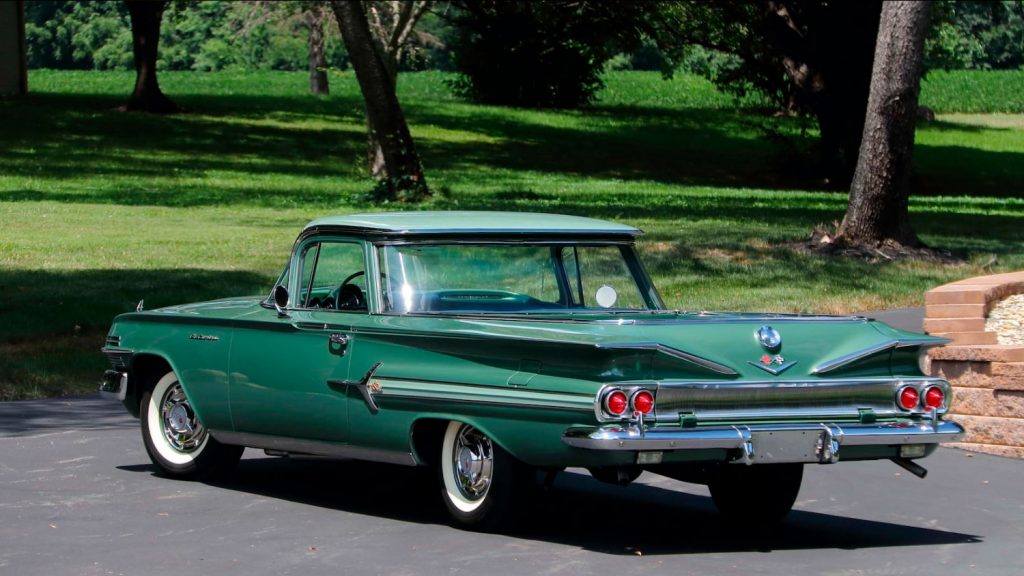 Inside the Chevy El Camino, the interior is showroom fresh. The bench seat is covered in green vinyl with patterned cloth inserts. The carpet appears as new, with no sign of wear or fading. Gauge lenses are all crystal clear. The round speedometer sits directly above the steering column, with smaller round gauges flanking on either side. The automatic transmission shifter is column mounted, and just to the right of the column are the climate controls. This El Camino is equipped with rare factory air conditioning. Other optional equipment includes power steering, power brakes, rare cable-operated factory cruise control, and a pushbutton radio. 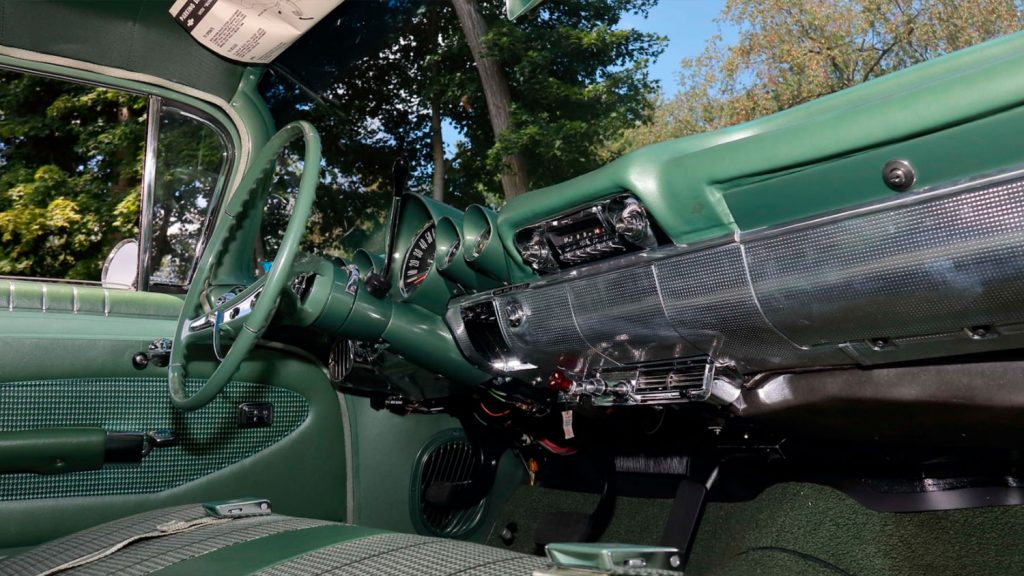 Beneath the hood of the Chevy El Camino resides the 348 cubic-inch W-Head Big Block V8, topped by a four-barrel carb and backed by the aforementioned two-speed Powerglide automatic transmission. The engine bay is spotless and beautiful, having been brilliantly detailed. 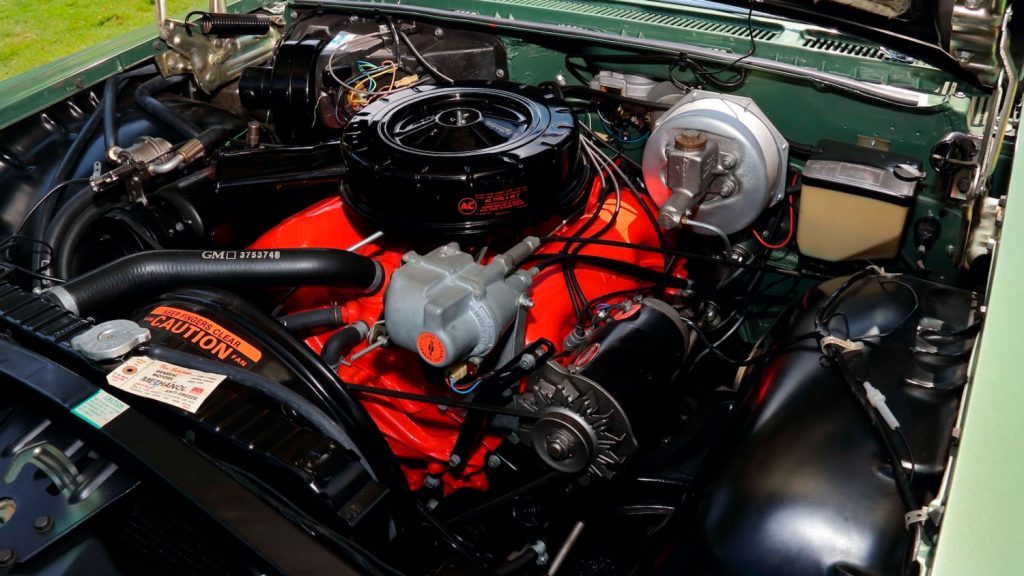 This Chevy El Camino won the AACA National First Prize in 2004, and was a VCCA Senior Award winner in 2011 with a score of 944 points out of a possible 1,000. It is accompanied by both the AACA and VCCA judging documents. This stunning El Camino will cross the auction block at the Mecum Auctions Kissimmee sale taking place January 6-16, 2022. 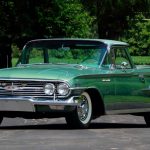 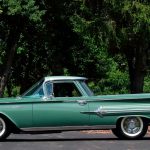 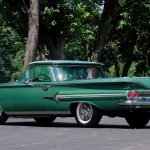 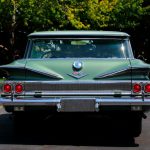 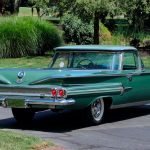 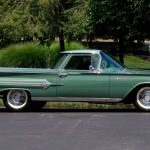 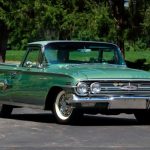 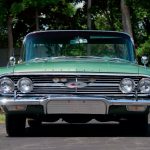 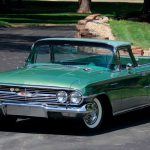 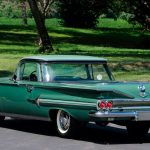 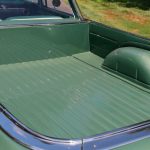 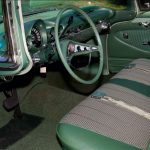 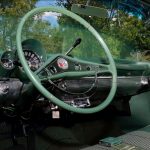 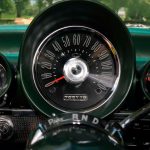 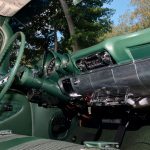 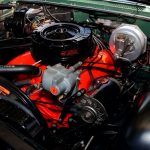 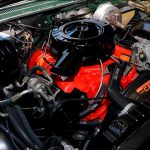