Debuting in 1940, the Cadillac Series 62 (known then as the 40-62) had a new sleek design with a more aerodynamic windshield, and a rear window with more curve than previous models. The Series 62 shared its body platform with the Buick Roadmaster, the Olds Series 90, and the Pontiac Custom Torpedo. The C-body offered more shoulder and hip room, courtesy of over five inches in increased width and streamlined styling that eliminated running boards. When optioned with the Hydramatic automatic transmission that repositioned the shifter from the floor to the steering column, the Series 62 could seat six comfortably. 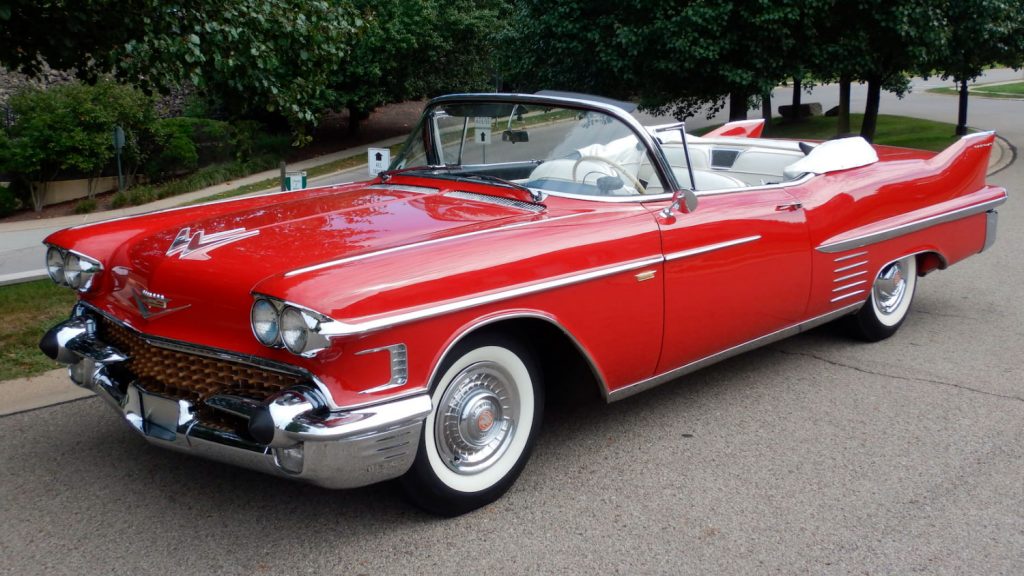 The Series 62 became a staple in the Cadillac line. By 1958, the 62 was in the final year of its fifth generation. 1958 brought the Series 62 a facelift with two headlights per side arranged horizontally, an all-new wider grille, and new bumper guards with driving lights positioned directly beneath. Dual tail lights were positioned below more subtle tail fins and above the bumper-exit exhaust. Five horizontal spears were located under the rear belt moldings just ahead of the rear wheel openings. As was the case with so many GM cars of the 1950s and 1960s, the 1958 Cadillac Series 62 was a one-year-only body style. 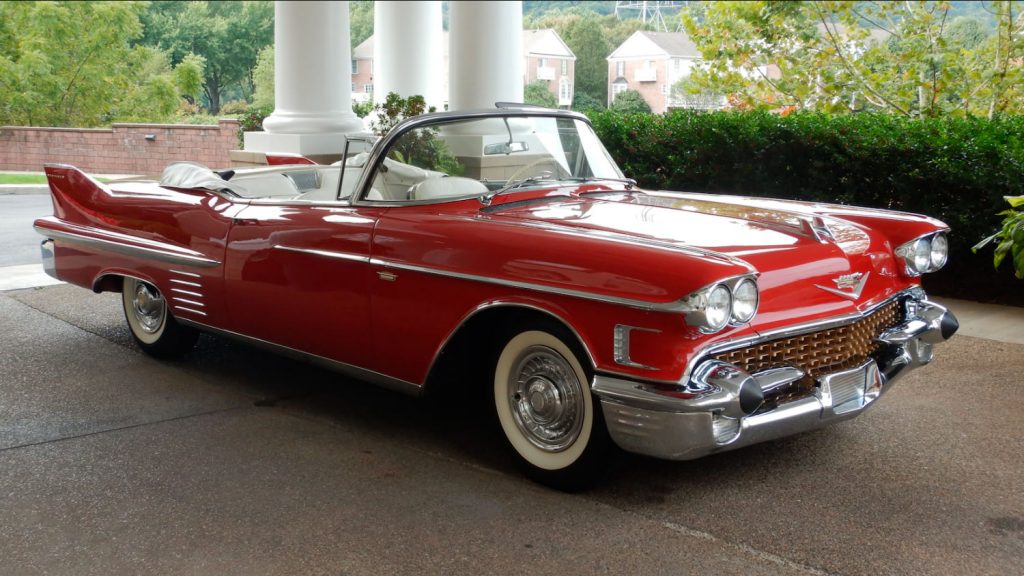 Our feature Cadillac Series 62 convertible is resplendent in Dakota Red over black and white leather, with a white vinyl top. It has been the subject of a frame-off restoration, and shows only 47,199 miles on the odometer. 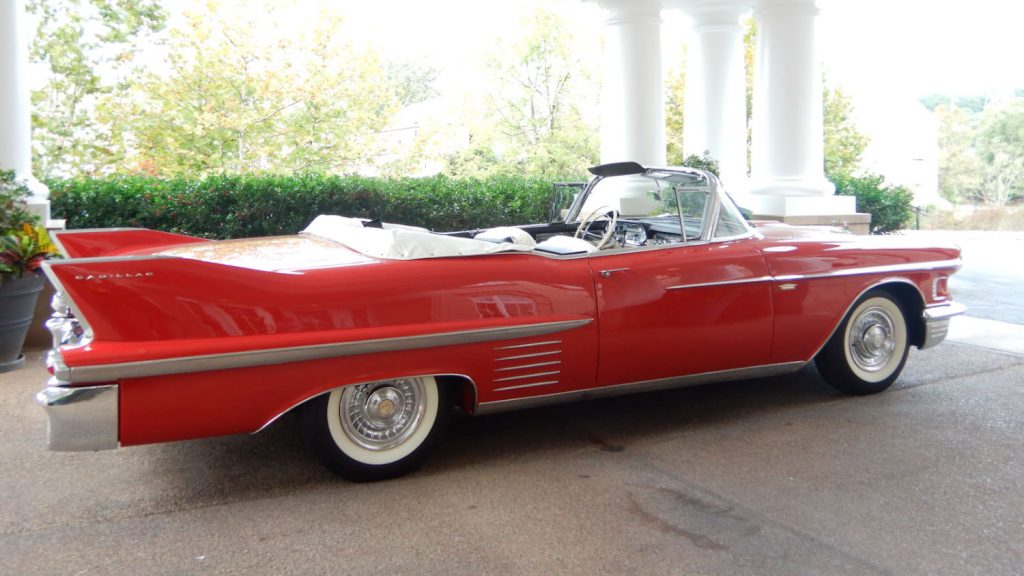 The exterior presents beautifully in Dakota Red. Chrome bumpers and the extensive chrome and stainless trim are all brilliant. The grille, hood and trunk V crests and tailfin lettering are all in gold. Painted steel wheels feature full wheel covers and wide whitewall bias-ply tires. The power convertible top fits snugly, with no undue wrinkling noted. A white convertible boot covers the top when down. 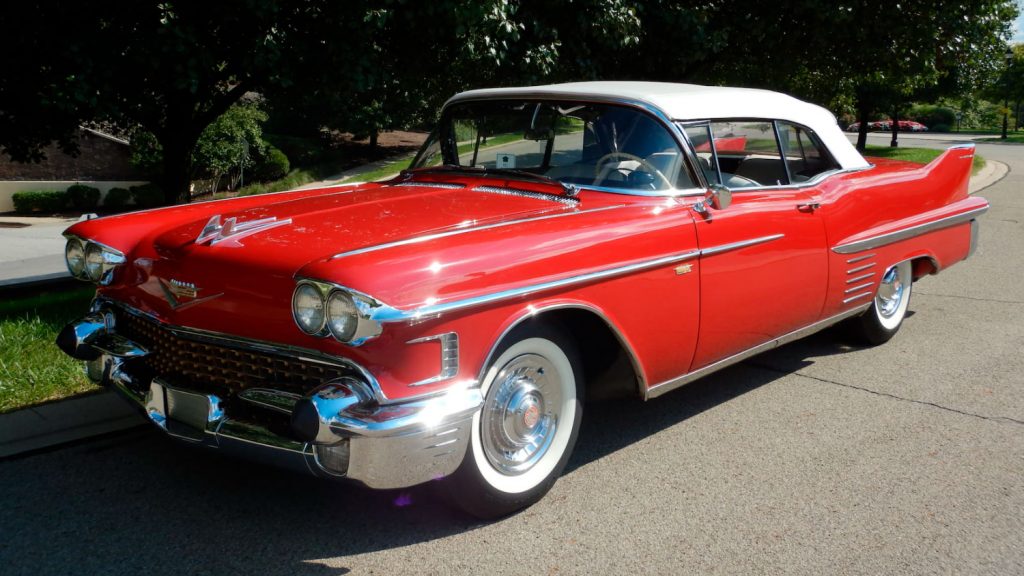 Inside the Cadillac Series 62, the front and rear bench seats have been recovered in two-tone brilliant white and black leather. The expansive dash is covered with a black dash pad. To the left of the instrument binnacle, an Autronic Eye automatic headlight dimmer is mounted. This handsome Caddy is equipped with power steering, power brakes, power windows, and the aforementioned power top. 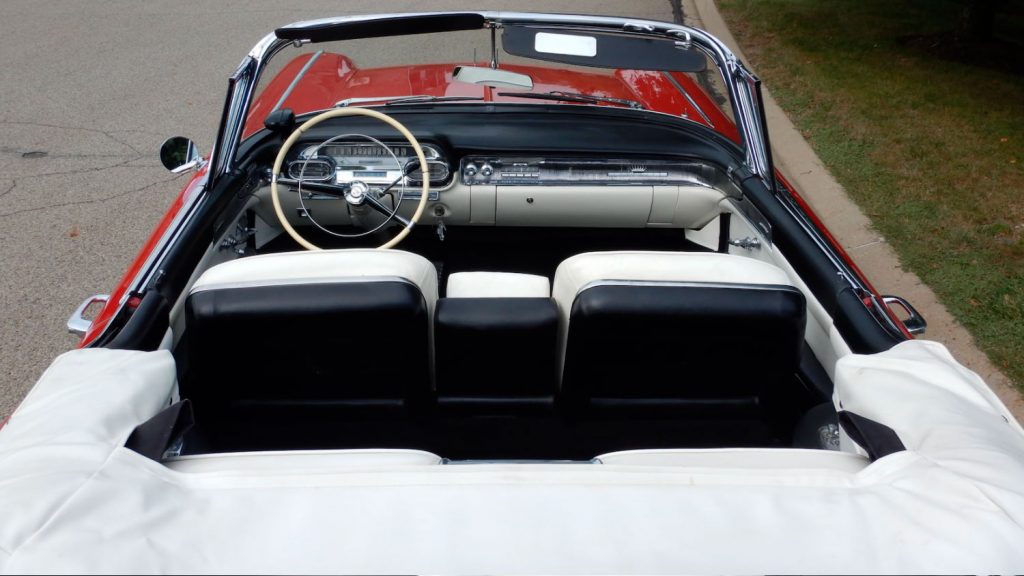 Under the hood of the Cadillac Series 62 resides the 365 cubic-inch V8 producing 283 horsepower. Transmitting that power to the rear wheels is the four-speed Hydramatic automatic transmission. 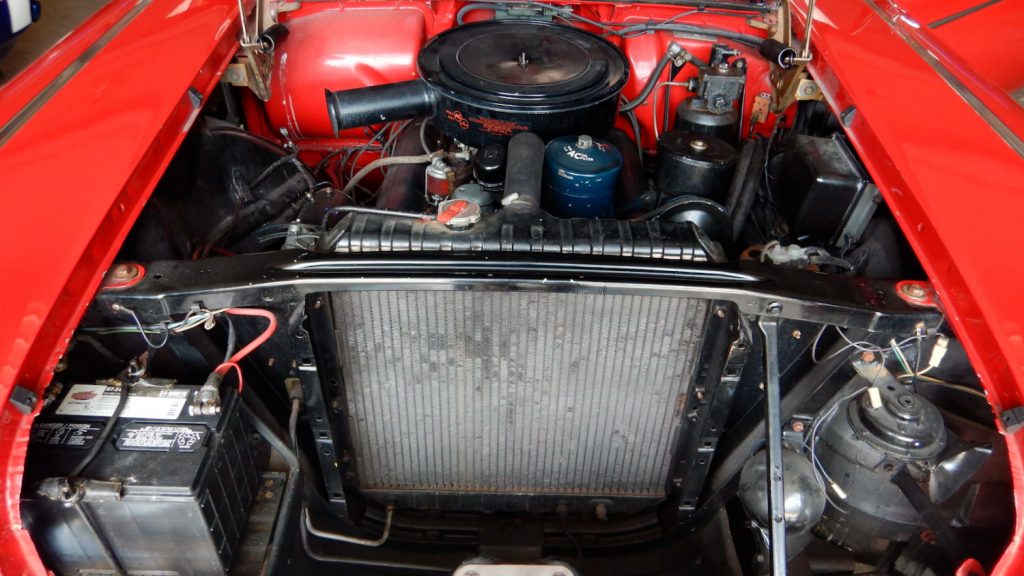 This 1958 Cadillac Series 62 convertible will cross the auction block at the Mecum Auctions Kissimmee, FL, sale happening January 6th through the 16th, 2022. 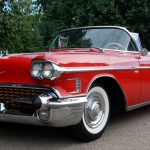 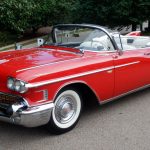 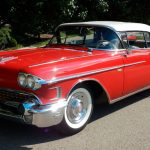 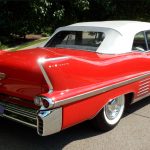 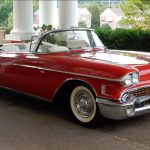 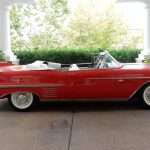 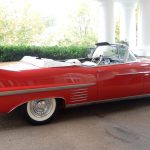 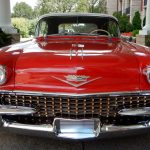 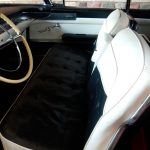 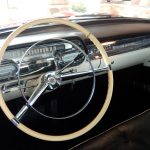 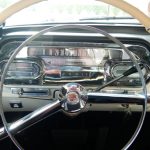 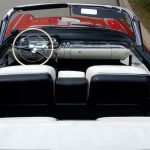 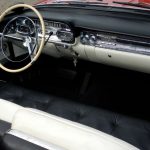 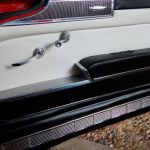 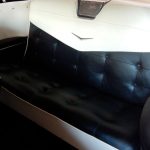 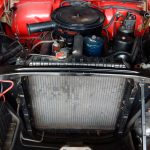