The Cadillac Eldorado was first introduced for the 1952 model year, as a celebration of the Cadillac’s fiftieth anniversary. The new Caddy was loaded with accessories. It introduced the wraparound windshield and a cut-down beltline to Cadillac standard production. The name Eldorado was a contraction of El Dorado, the mythical lost city of gold in South America. 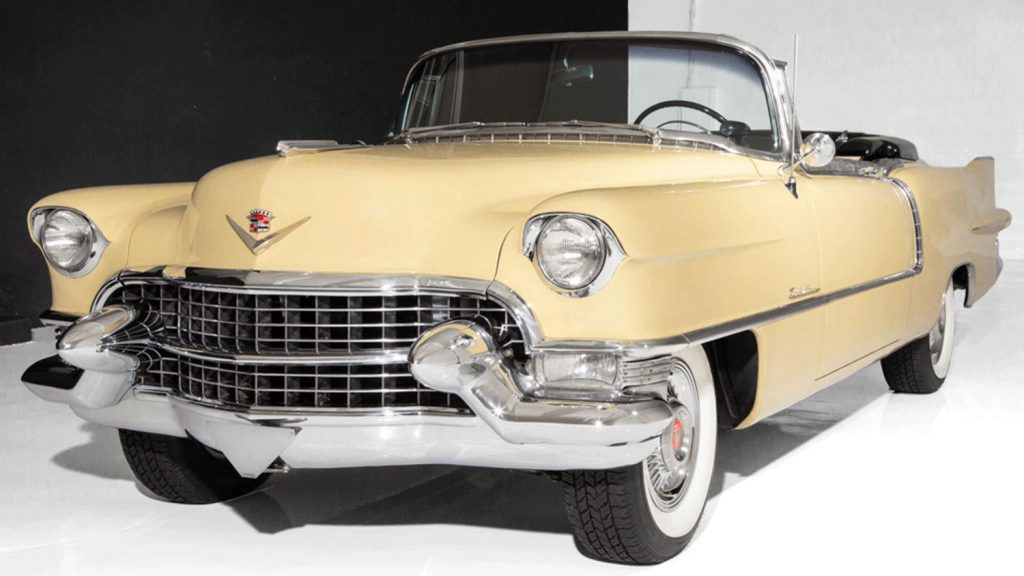 The 1954 model year saw the Cadillac Eldorado adopt the basic body shell as the rest of the standard Cadillacs. The Eldorado was now distinguished primarily by trim pieces, allowing Cadillac to drop the sticker price, resulting in a significant bump in sales. Two thousand one hundred and fifty Eldorados were sold, nearly four times as many as in 1953. 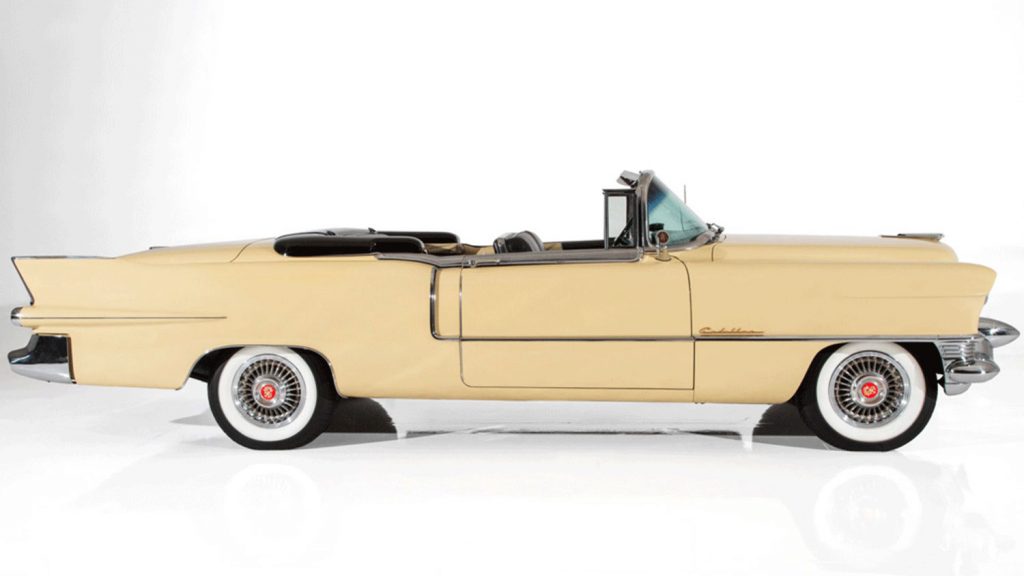 1955 saw the return of the Cadillac Eldorado’s more distinctive styling. Tailfins were high, slender, and sharp compared to the rest of the Cadillac line, which had more bulbous lines. The Eldorado convertible had wide belt moldings that were chrome plated, and twin round tail lights between the fins and the rear bumper. Sales climbed to 3,950 units. 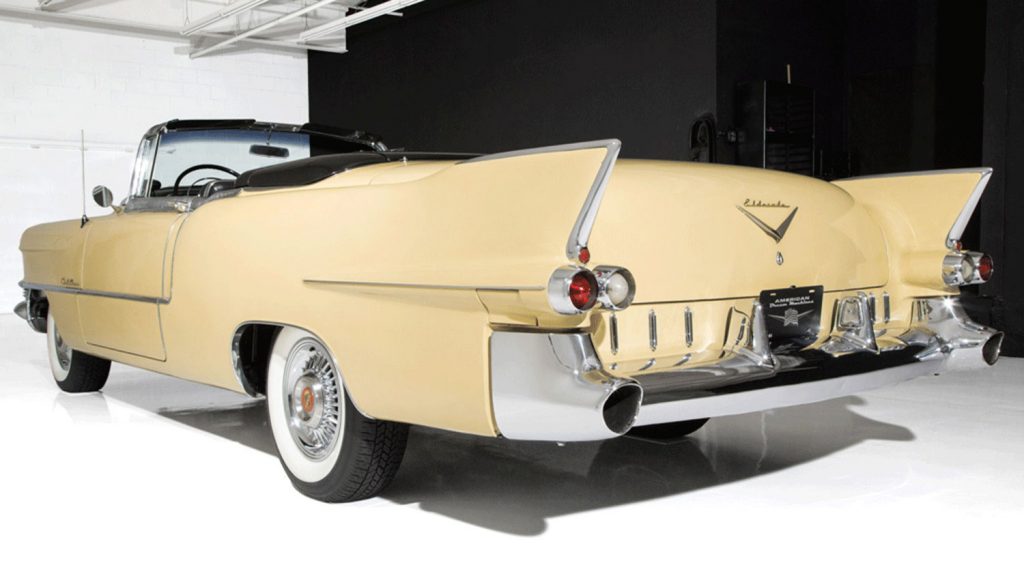 Our feature 1955 Cadillac Eldorado convertible has been beautifully restored, but with a change in hue from original. The data plate paint code 10 indicates this ragtop was originally black in color with a gray and white leather interior, but it is now an attractive pale yellow with matching pale yellow and black leather interior. It rolls on chrome Saber wheels wrapped in wide white radial tires. The chrome bumpers and extensive chrome trim appear to have been refinished during the restoration, and the stainless trim has been polished to a brilliant sheen. The black vinyl convertible top is power operated, and can be tucked beneath a gloss black parade boot. 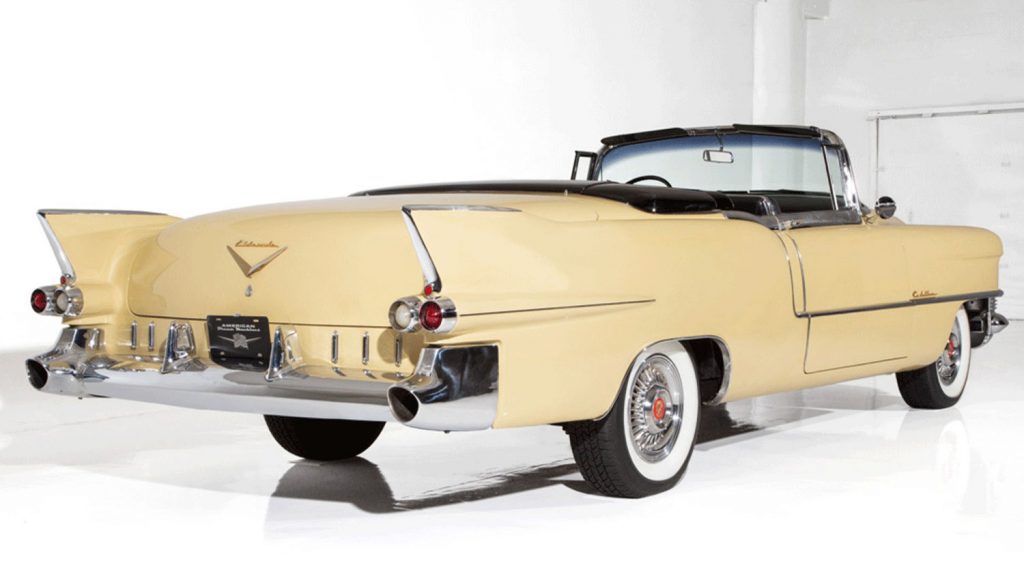 Inside the Cadillac Eldorado, the two-tone black and yellow leather interior presents beautifully, with only minor creasing indicating use. The floor is covered in lustrous black pile carpet, as are the rear-seat foot rests. Brightwork is in fine nick, and the gauges are crystal clear. An Autronic Eye automatic dimmer sits atop the dash to the left of the instrument binnacle. Windows are of the power variety, and an optional tissue dispenser is fitted. The Eldorado is equipped with power steering, power brakes, and an automatic transmission. 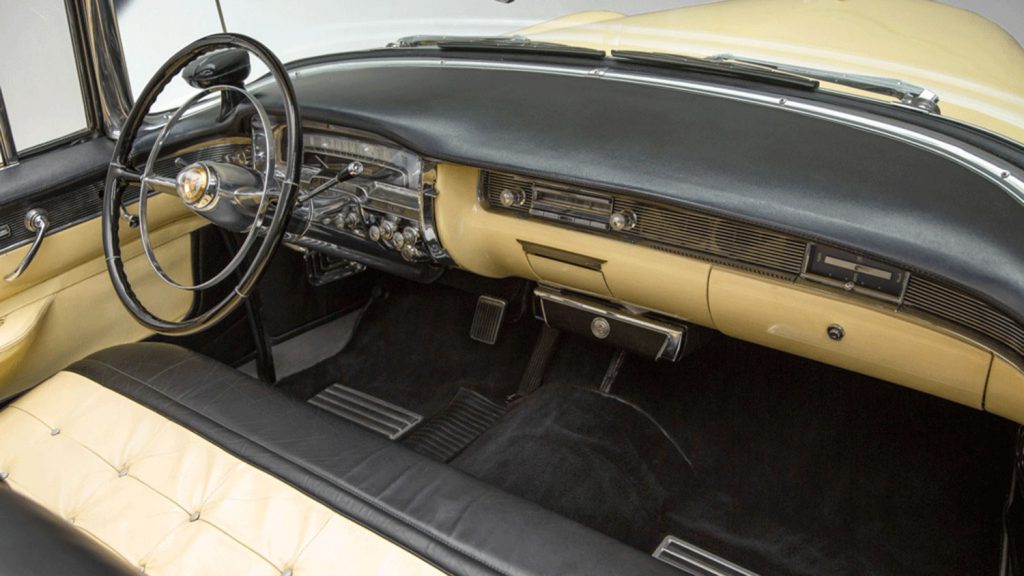 Under the hood of the Cadillac Eldorado resides the 331 cubic-inch V8. It is fed by dual four barrel carbs located beneath the Batwing air cleaner. The engine compartment is highly detailed and ready to show. 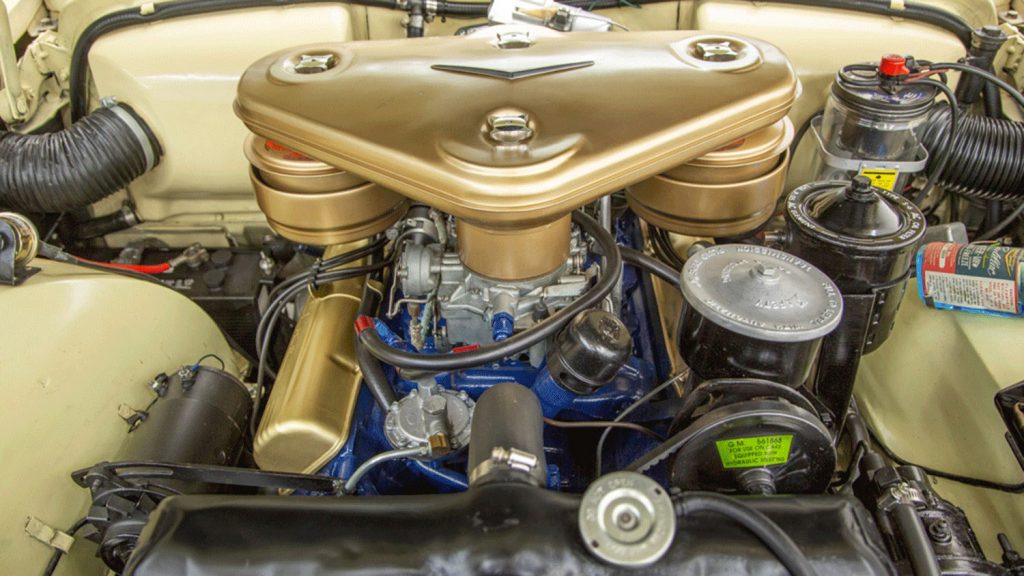 This Cadillac Eldorado convertible is being offered by American Dream Machines of Des Moines, Iowa, for $89,900. 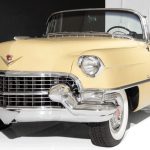 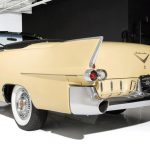 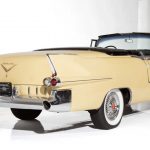 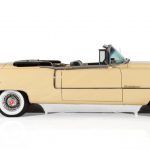 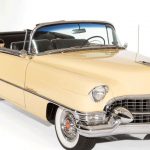 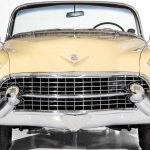 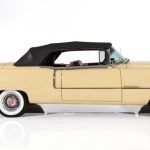 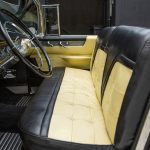 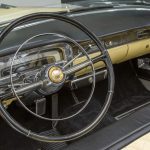 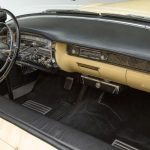 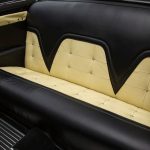 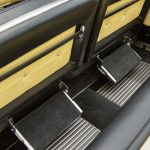 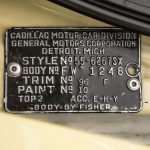 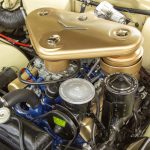 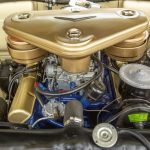 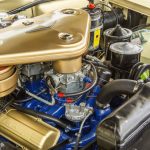