The annual SEMA Show in Las Vegas is just around the corner, once again promising a long list of debuts and top-shelf custom builds. Among these is a new Chevy Silverado inspired by the legendary Burt Reynolds film Smokey and the Bandit. The new Smokey and the Bandit Silverado is sponsored by by Toyo tires, partnering with Saleen Automotive, Inc. and Legendary Concepts from Mt. Pleasant, Texas.

Based on a 2021 Chevy Silverado RST Crew Cab model, the new Smokey and the Bandit Silverado is fully customized from tip to tail, equipped with a bespoke widebody kit, new aero components, new wheels, and an upgraded interior.

The original Smokey and the Bandit was released in 1977, and featured another General Motors vehicle, specifically a 1977 Pontiac Trans Am, which was finished in black with gold detailing and a rubber-burning V8 engine. As such, the new Smokey and the Bandit Silverado keeps each of these attributes intact, but applies them to a Crew Cab pickup truck. 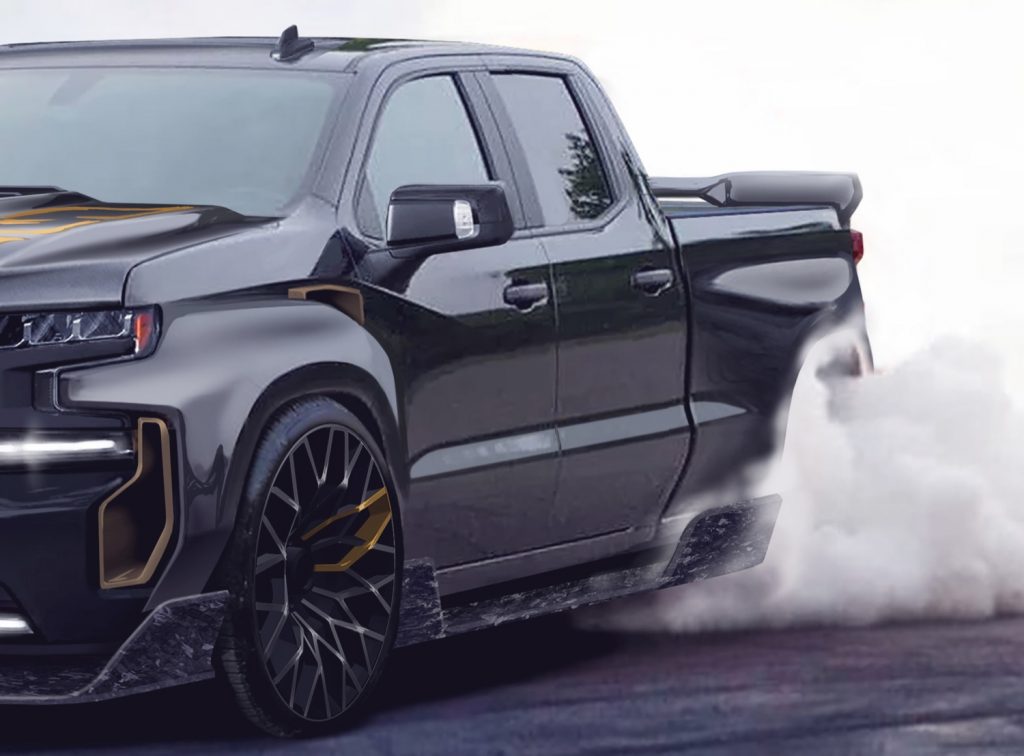 Up front, we spot a large splitter jutting out from the lower bumper, plus bronze and gold outlining the various intakes and scoops littered around the fascia. Large multi-spoke wheels are mounted in the corners, while a sizable spoiler was added the edge of the bed.

The engine spec is also pretty impressive. Lurking under the hood is an upgraded 5.3L V8 engine. Toyo tires states this is the L83, although it is more likely the L84. The engine was blueprinted and topped with a new Magnusen DI supercharger kit, which boosts output to an impressive 700 horsepower, well above the factory rating of 355 horsepower at 5,600 rpm. 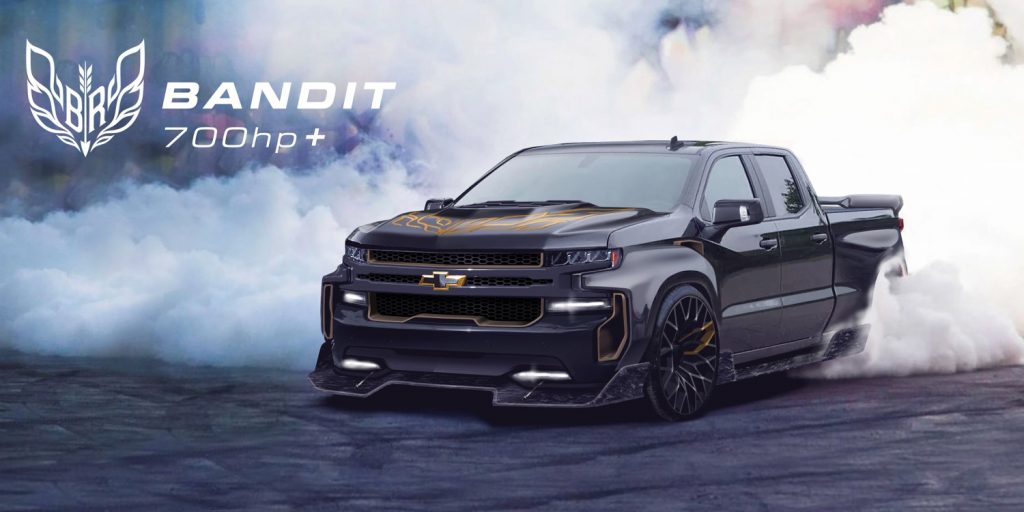 The new Smokey and the Bandit Silverado will strut its stuff at SEMA next week. GM Authority will be on the show grounds, so stay tuned. In the meantime, subscribe to GM Authority for more Chevy Silverado news, Chevy news, GM-related SEMA news, and around-the-clock GM news coverage.