It’s well known that the Duramax brand represents a series of turbo-diesel engines produced by General Motors for use in pickup trucks, SUVs, vans and chassis cab trucks. First introduced in 2001, Duramax engines today range from four, six and eight cylinders in either inline (I) or V configurations. Curiously, one element related to the Duramax engine line has gone unnoticed. 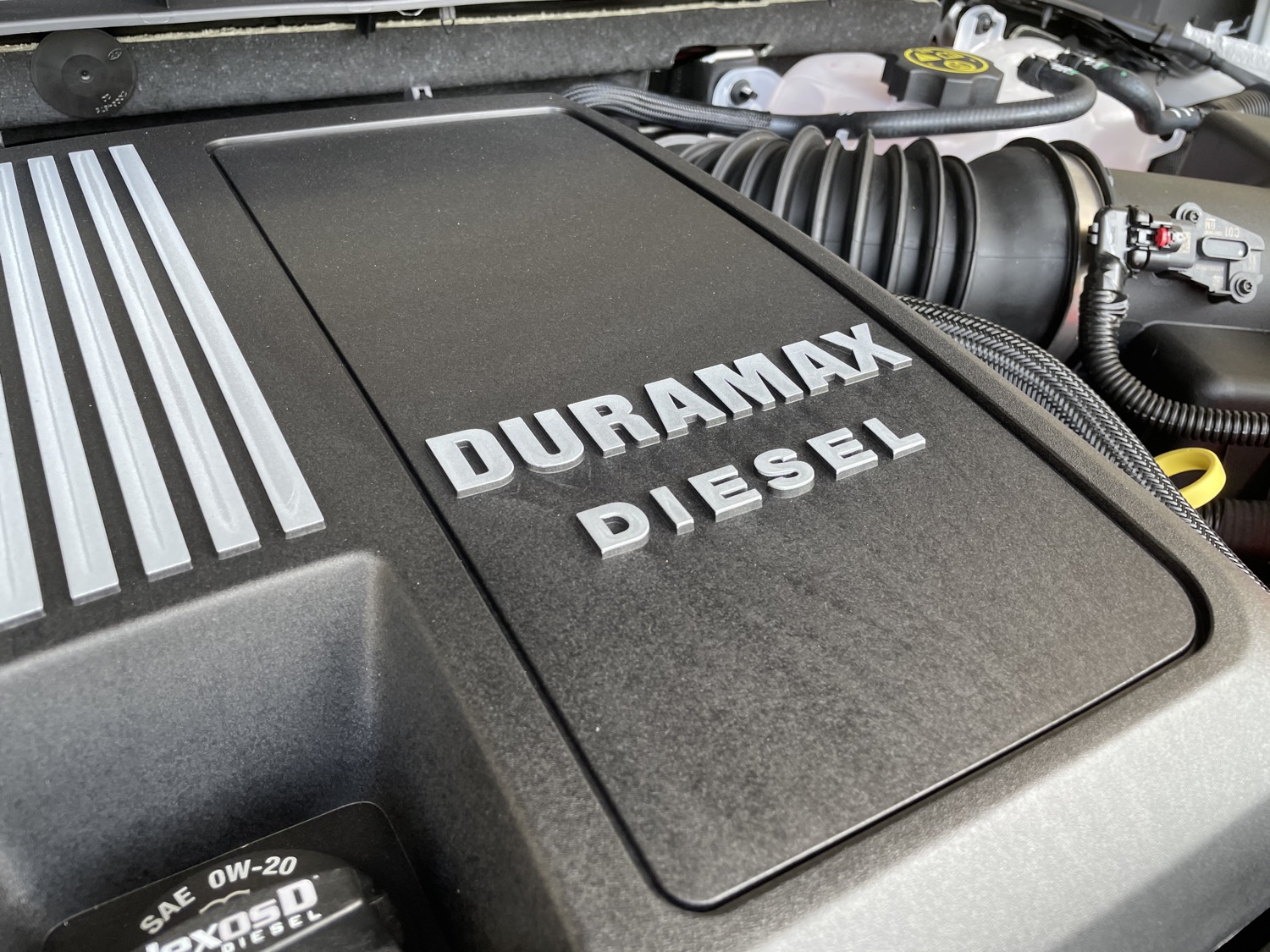 Take a close look at the Duramax logo, and you’ll notice that the first five letters of the word are evenly spaced out. However, the last two letters – the A and X – are casted together. This has been consistent ever since the Duramax badging first appeared two decades ago. With that in mind, we think it’s safe to say that this isn’t some sort of oversight, but was likely done on purpose.

GM Authority reached out to General Motors for an explanation, but the automaker didn’t have any information to share about this interesting detail. Without official clarification, we’re left guessing in the dark. Edit: That said, it’s most likely due to font space, or kerning in the world of typography, which is the process of adjusting the spacing between characters in a proportional font.

Another possible rationale is the average chemical formula for diesel fuel – C12H23 – often contained an ‘X’ in its chemical symbol. Another (less likely) possibility involves a nod to the Duramax engines ‘axing the competition’. 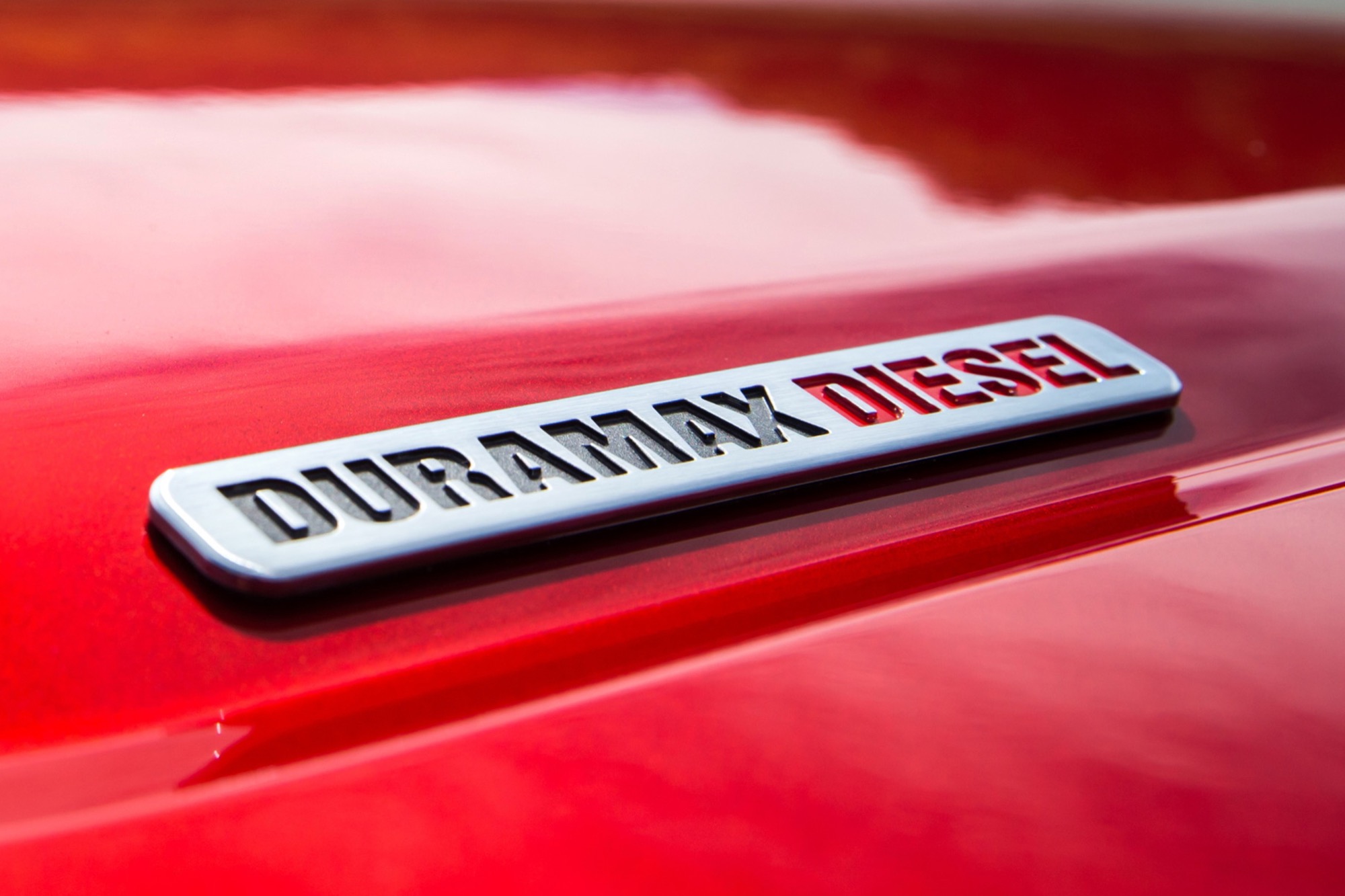 The origin of the Duramax name itself is said to have been the result of a desire to exude durability along with maximum power and efficiency. The first Duramax engine was also the child of DMAX Ltd., an Ohio-based organization formed when Isuzu and GM partnered to fast-track the then-new diesel engine, with a 60-40 percent split in ownership, respectively.

The first product created by the duo was the turbo-diesel 6.6L LB7 V8, which featured aluminum cylinder heads with 32 overhead valves. Isuzu reportedly handled the main engine design while GM undertook responsibility for the electronic, direct-fuel injection design. When the engine debuted for the 2001 Chevy Silverado, it was rated at 300 horsepower and 520 pound-feet of torque. Notably, the engine was also reportedly utilized by vans and other commercial vehicles, and in those applications it was rated at 235 horsepower and 500 pound-feet of torque. The stout engine is revered by many enthusiasts as one of the best iterations, and its success enabled GM to earn a hefty market share in the heavy-duty diesel truck segment.

The big diesel was so good that Popular Magazine awarded the LB7 engine its “Best of What’s New Award” in 2000, while Ward’s Magazine named it one of the “Ten Best Engines in the World” in both 2001 and 2002. The turbo-diesel powerplant also helped the 2001 Chevrolet Silverado HD earn MotorTrend magazine’s “2001 Truck of the Year Award.”

The Duramax engine lineup has since expanded to include four- and six-cylinder configurations. These units, colloquially called baby Duramax engines, can be found under the hoods of various GM vehicles, including full-size pickups, SUVs and vans along with mid-size pickups and SUVs.

If you have any insight into why the Duramax engine logo has the “A’ and “X” casted together, feel free to sound off in the comments section below.