A bevy of technical updates were announced for the NASCAR Next Gen car this week as Cup Series teams hit the road course at Charlotte Motor Speedway for a two-day test on Monday and Tuesday. 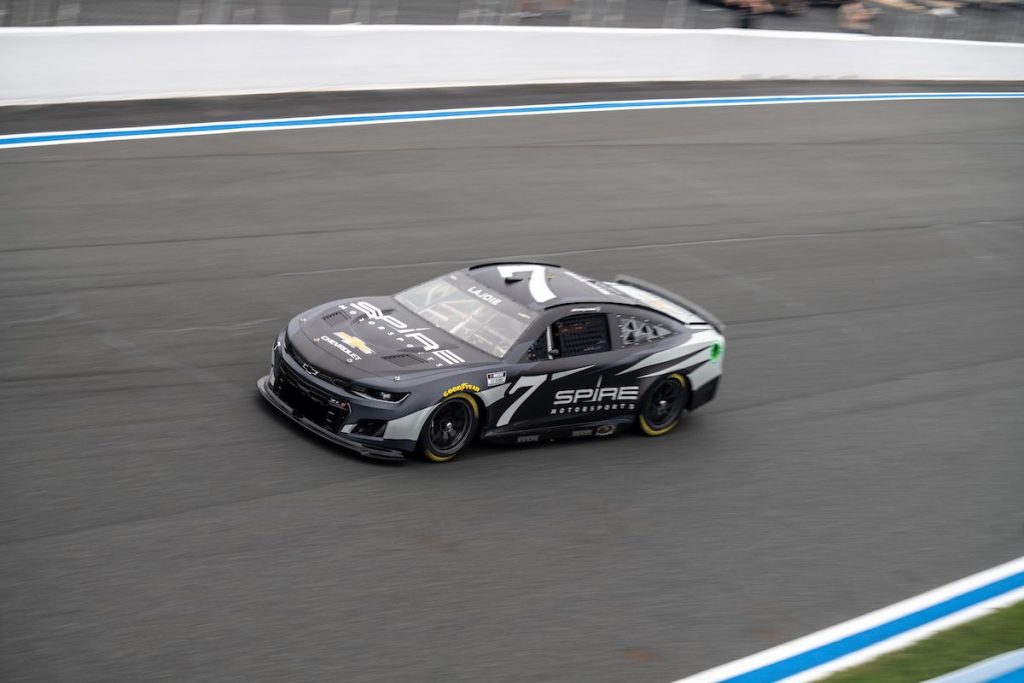 The most important technical update for the NASCAR Next Gen car outlined this week came from the findings of a crash test conducted at Talladega Motor Speedway back in June. The sanctioning body has taken steps to improve the crashworthiness of the car’s spec chassis, explained John Probst, NASCAR’s senior vice president for racing innovation, modifying the front and rear clips to make them less rigid.

“So for example on the front clip, what we’ve done there is taken existing crossmembers and put little football cuts, we call them, so basically drilled holes in the crossmember,” Probst told NASCAR.com. “We modified, one of the lower legs have like a little kick-in, with the idea of allowing more deformation in a crash situation.” 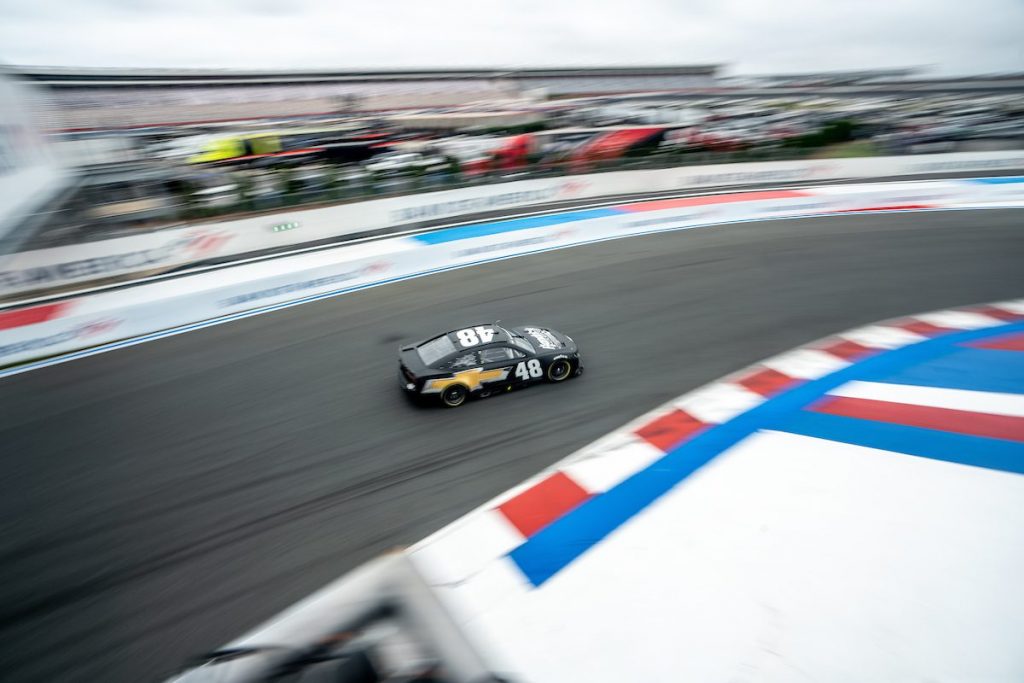 NASCAR has also made changes to address a common complaint from drivers regarding the dispersion of heat from the cockpit. All NASCAR Next Gen cars will now use shorter exhaust pipes ending just before the door area, which will prevent the exhaust pipes from heating the floor of the car under the driver compartment. Teams are also trying out slots in the front and rear window glass and adding more vents to improve airflow.

In addition, NASCAR also confirmed the rules packages the Next Gen cars will use at different tracks next year. For road-course events, short tracks and ovals up to the size of Nashville and Darlington, teams will have a target engine output of 680 horsepower, coupled with a rear spoiler height of four inches. At intermediate ovals, the engine output target will be 550 horsepower and will be paired with an eight-inch spoiler. NASCAR has yet to confirm the rules packages for the Daytona and Talladega superspeedways. 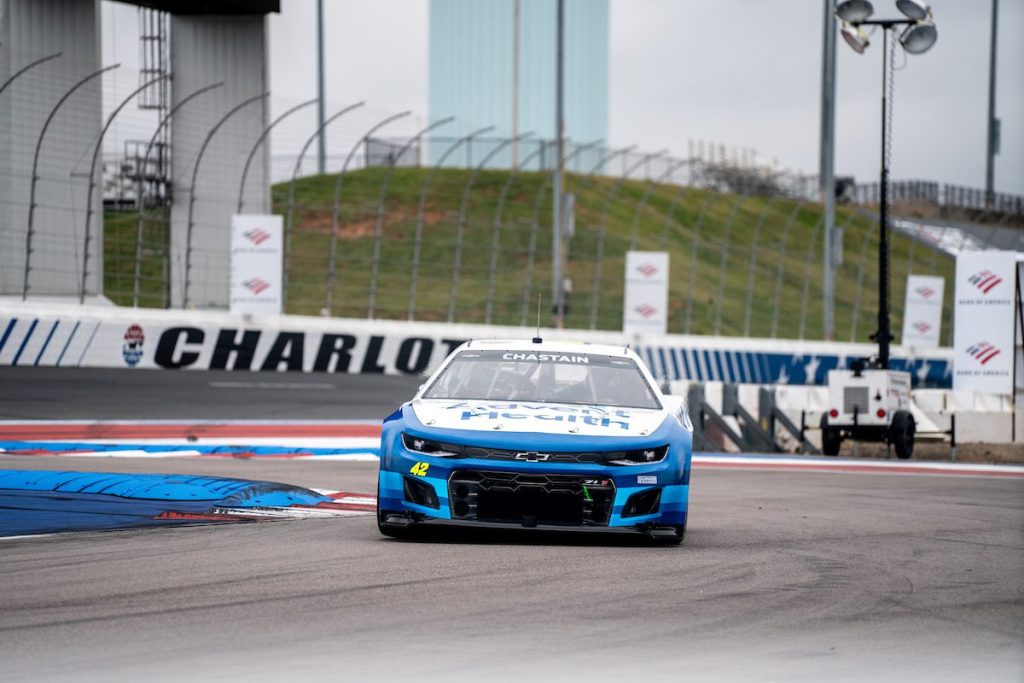 Chase Briscoe topped Monday’s timesheets during the first day of this week’s two-day test at the Charlotte Roval, turning in a lap of 1 minute, 20.219 seconds (104.115 mph) on Monday. Despite the Next Gen car’s lower horsepower output, this time was marginally faster than William Byron’s pole position time of 1:20.901 (103.198 mph) set on the infield road course back in 2019. The new car has several advancements that make it faster around a road course than the Gen 7 car, including larger ventilated brakes, more sophisticated aerodynamics, a quick-shifting sequential transmission and wider tires. 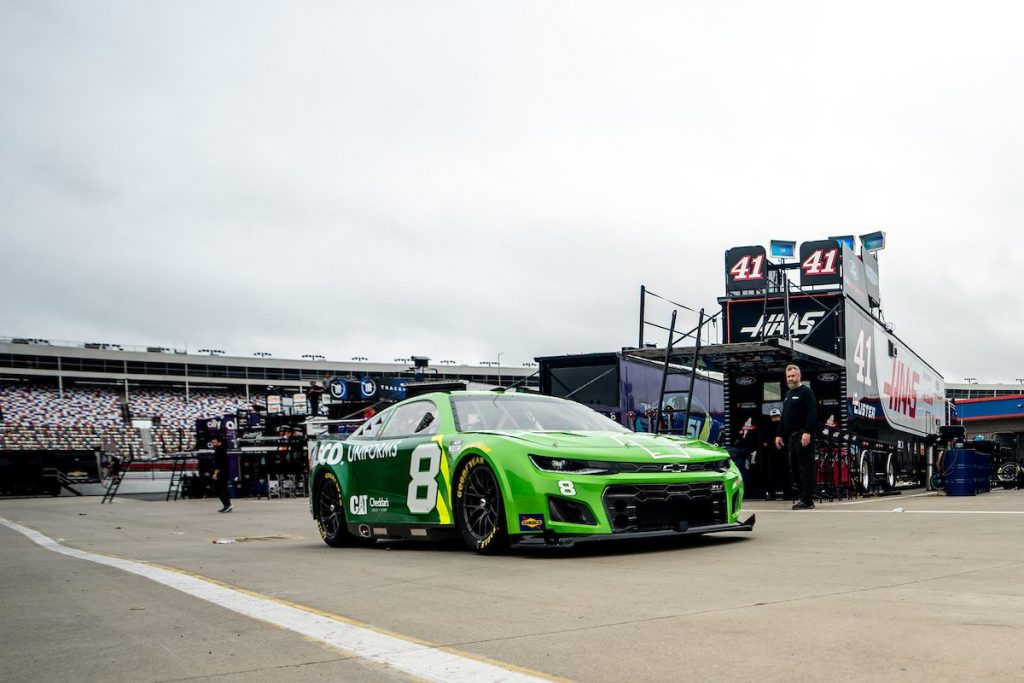 NASCAR also announced plans this week to conduct two Goodyear tire tests at the historic quarter-mile Bowman Gray track in North Carolina, as well as the half-mile dirt track at Wythe Raceway in rural Virginia. The Bowman Gray tire test will help prep for next year’s NASCAR All-Star Race at the L.A. Coliseum in February, while the Wythe Raceway test will give teams more data ahead of next year’s Bristol dirt race in April.