In celebration of their 50th anniversary in 1953, Buick introduced the Skylark as part of the Roadmaster line. Based on the Roadmaster, the Buick Skylark was the top-of-the-line convertible, with limited production, hand-finished bodywork, and a price tag that was more than twice that of the average Chevy. The Skylark sold better than its GM siblings, the Oldsmobile 98 Fiesta or the Cadillac Series 62 Eldorado. 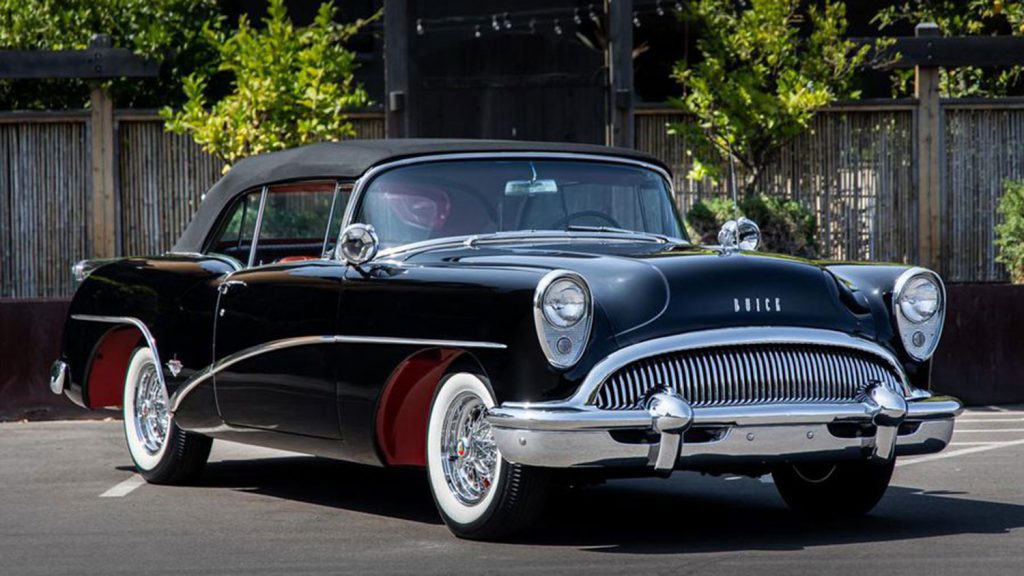 The Buick Skylark’s dimensions were similar to the Roadmaster convertible, but sleeker and more aerodynamic. The windshield was cut down three inches, as were the side windows and convertible top. The Skylark also shared the Roadmaster’s considerable list of options including power windows, power brakes, Selectronic AM radio, and full carpeting. Propelling the Buick Skylark was the new 322 cubic-inch Nailhead V8, which had replaced the Buick Straight 8. 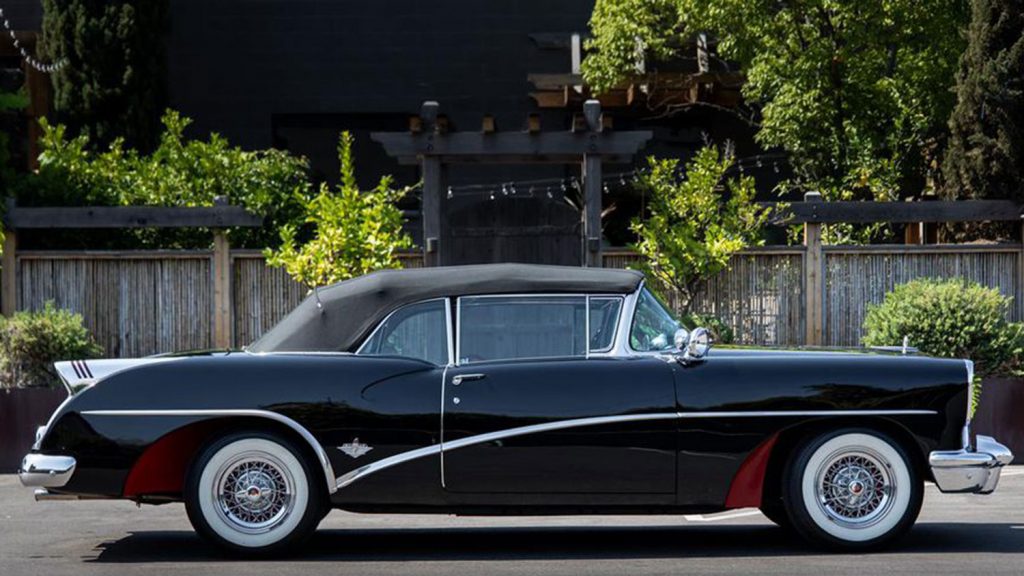 For the 1954 model year, the Buick Skylark became its own model. Now that it was based on the shorter Century/Special platform, there were changes to the bodywork and trim. The wheel wells were elongated, with contrasting colors painted inside. The trunk had a more rounded “barrel back” design, and there was a unique hood ornament. The Skylark was now marketed as a sports car, with improved performance, now that the Nailhead V8 was hauling around less weight. 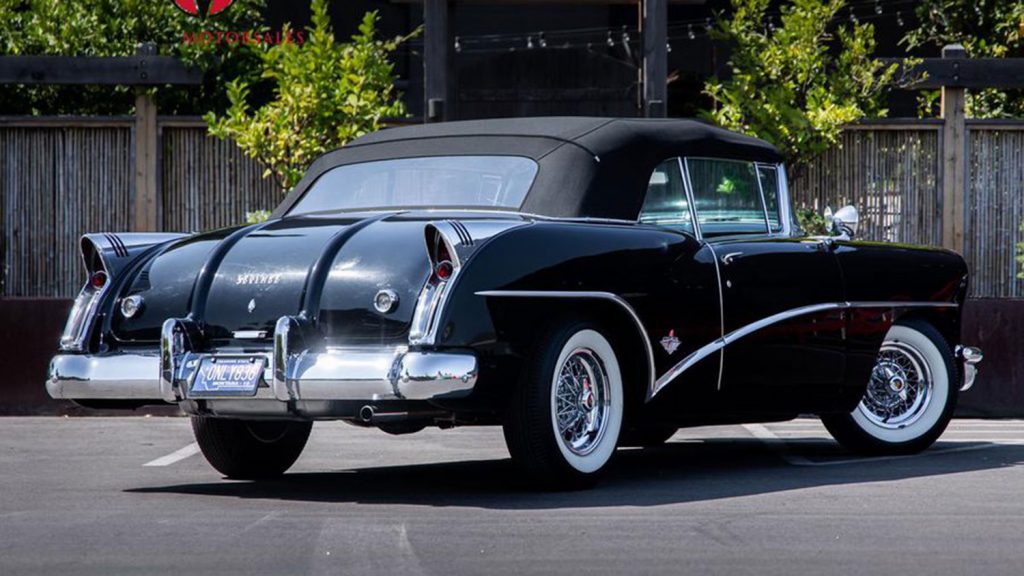 Since the Buick Skylark was now based on the less luxurious Century/Special line, perceived value took a hit, particularly since the smaller car still carried the same price tag. As a result, some Skylarks sat on showroom floors until they were sold at a discount. Just 836 Buick Skylarks were built in 1954. The Buick Skylark was cancelled at the end of the 1954 model year, and would not return until mid-year 1961. 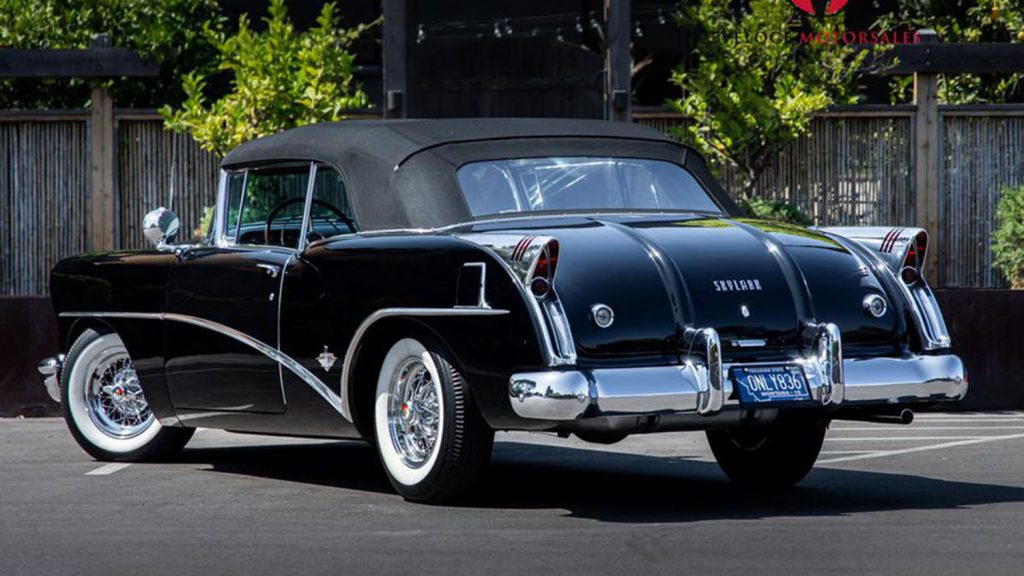 Our feature 1954 Buick Skylark has been the subject of a professional restoration. It gleams in formal Carlsbad Black paint and red inner fender wells. Chrome bumpers and plentiful chrome trim appear to have been refinished during the restoration. Stainless is quite well polished and sparkles in the sunlight. Chrome wire Kelsey Hayes wheels are equally brilliant, wrapped in wide whitewall bias-ply tires. Dual spotlights frame the wrap-around windshield. No nicks, cracks, or wiper tracks are present in the glass, and weatherstrip appears recent. The black cloth convertible top is snug, with no undue wrinkling. 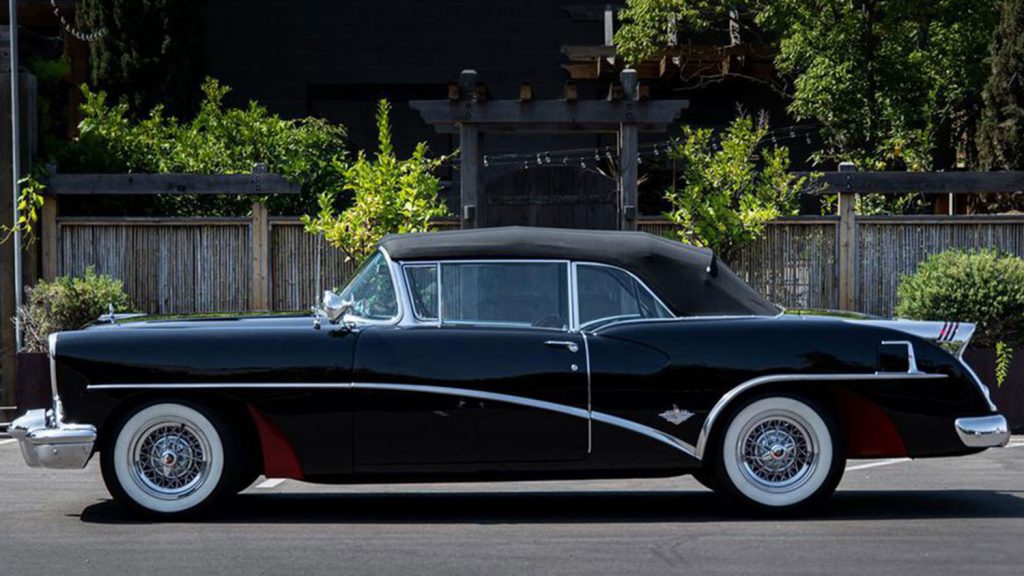 A deep red interior greets anyone lucky enough to drive or ride in this 1954 Buick Skylark. Front and rear bench seats are covered with red vinyl with waffle pattern inserts. Chrome and polished stainless trim the interior. In front of the red steering wheel, the dash houses a speedometer and a multi-gauge that contains gas, oil, amps, and temp readouts. To the right, a clock and the Selectronic AM radio reside. The Skylark is well equipped with power steering, power brakes, power windows, and power top. 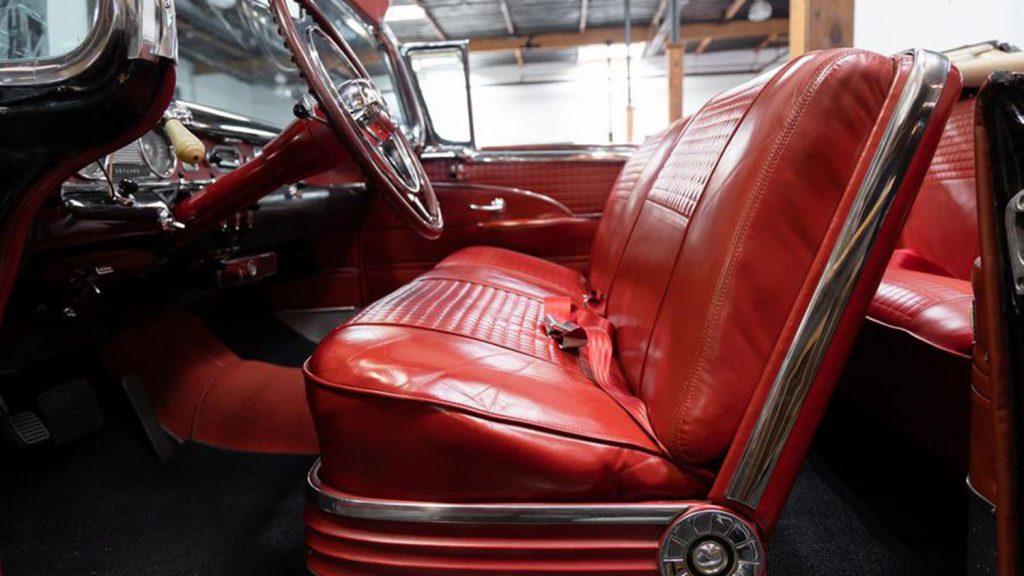 The Buick Skylark’s engine bay is home to the 322 cubic-inch Fireball V8 that produces 200 horsepower. Moving that power to the rear wheels is a three-speed Dynaflow automatic transmission. The engine bay looks to be largely correct and presentably clean. 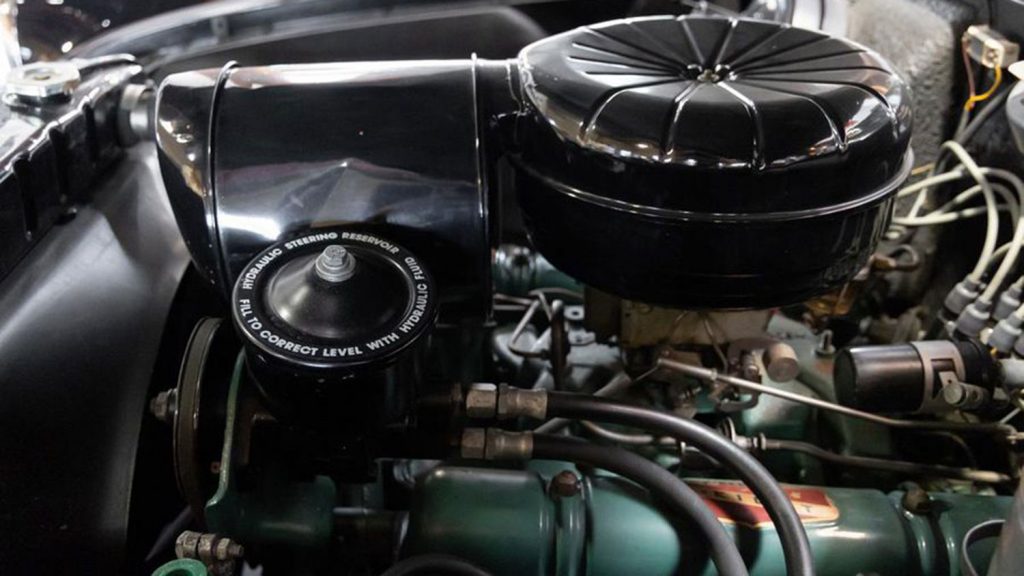 This striking 1954 Buick Skylark is being offered by Veloce Motorsales of San Diego, California for $99,999. 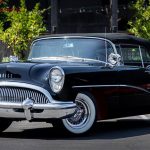 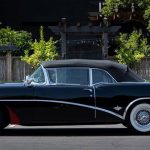 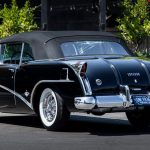 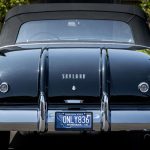 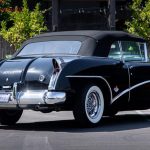 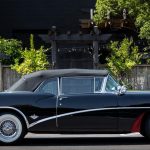 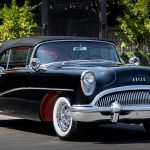 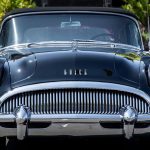 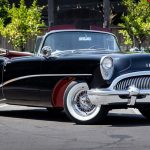 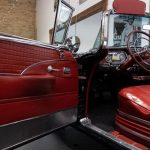 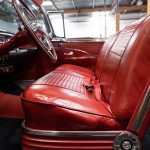 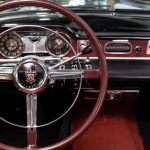 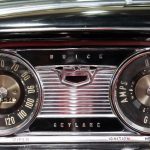 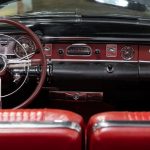 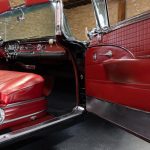 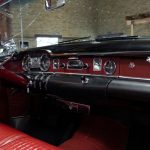 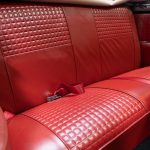 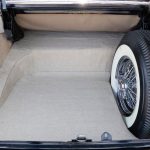 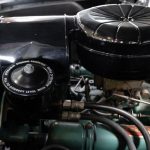 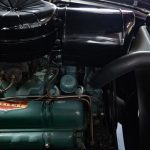