A Chevy Avalanche owner in Fargo, North Dakota is having a unique problem with his pickup truck: a local squirrel has chosen it as its nesting place for the winter. 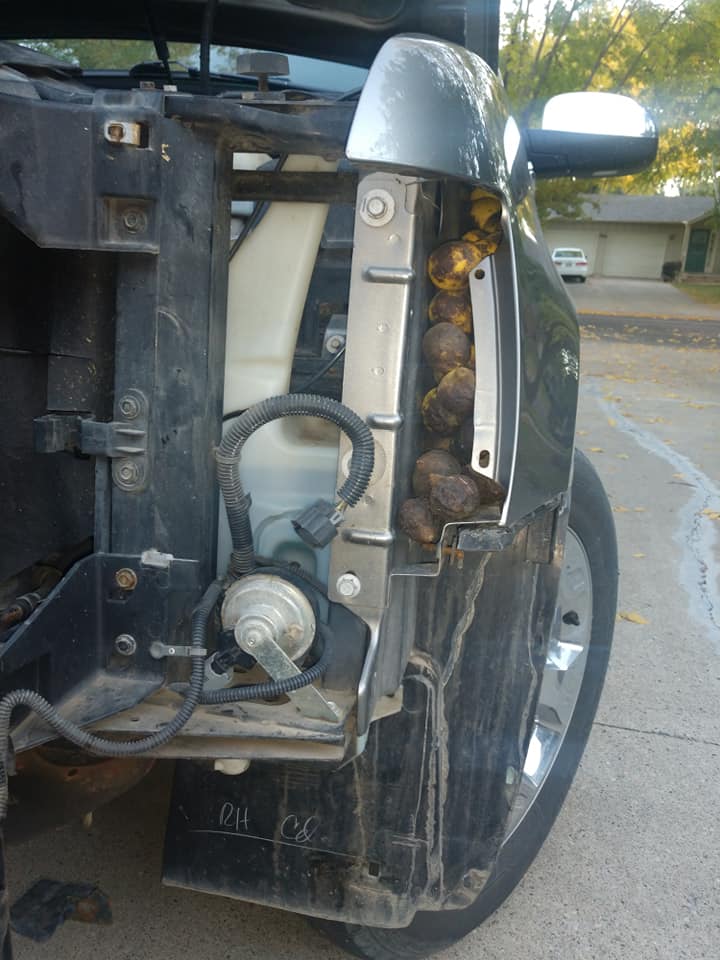 Bill Fischer spoke to local news publication The Grand Forks Herald about his predicament this week. Fischer explained how he has a large black walnut tree on his property, which drops hundreds of walnuts this time of year. While the tree is a beautiful addition to his home, the nuts it drops have caused quite a headache for him this year, with one particularly busy squirrel collecting them and storing them under the truck’s hood, in the fenders and anywhere else it can fit them.

“The squirrel will come behind, run along the frame rail and all the way up to the front [of the truck],” Fischer told The Grand Forks Herald. “Mostly under the hood and in the fenders.”

“It was planning on camping there for the winter,” he added. 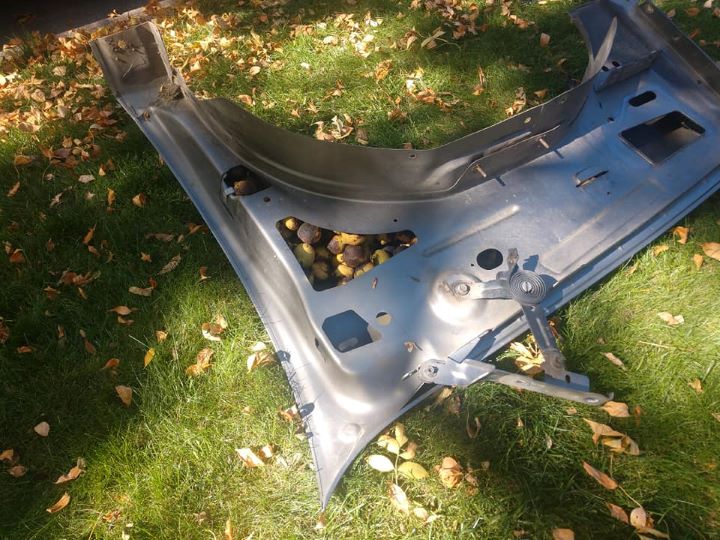 So far, Fischer has removed about 42 gallons of walnuts from his Chevy Avalanche. He even pulled some of the vehicle’s body panels off to retrieve some particularly hard-to-reach ones, but despite his best efforts, some are in the frame rails and other areas that are pretty much impossible to reach.

“I had to pull the fenders off and clean out all the walnuts out, and thought I had them all and took it down the road, turned the corner and found one rolling down the windshield where the wipers go,” he said. “I have some rolling around the frame rails as well, that I can’t get at.” 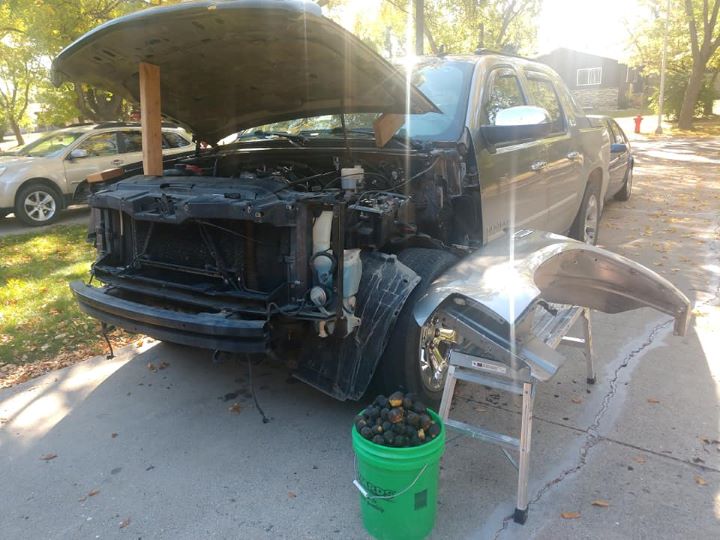 All this trouble is caused by a single red squirrel, Fischer said. He’s observed the red squirrel fighting off several grey squirrels that have attempted to steal his nuts out of the truck, as well – a potential sign that this critter isn’t ready to move out of his new Chevy-branded home anytime soon.