Shaquille O’Neal, perhaps better known by his nickname Shaq, is a genuine fan of Formula 1. He’s been attending Grand Prix races since the early 2000s and his enthusiasm for the premier open-wheel series hasn’t waned over the years, with the seven-foot-one former NBA player playing a semi-important role in the recent U.S. Grand Prix in Austin.

When in Texas 🇺🇸

After Sunday’s exciting race had concluded with Red Bull’s Max Verstappen the winner, Shaq was seen riding in the back of a heavily customized Cadillac Eldorado convertible on his way to the podium ceremony. In his hands was the U.S. Grand Prix winner’s trophy, which he would later deliver to Verstappen before the Dutchman, along with podium sitters Lewis Hamilton and Sergio Perez, began celebrating with a customary champagne shower. 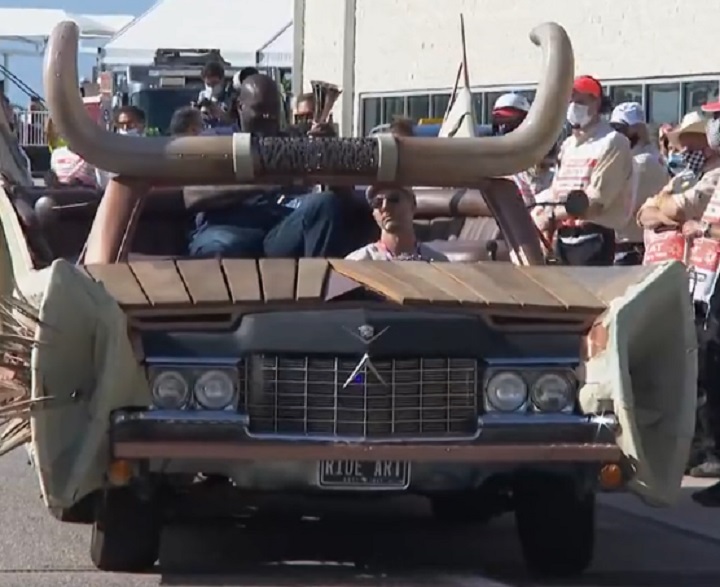 The Cadillac that Shaq was seen in was outfitted with a huge set of bull horns framing the windshield and also featured a limousine-style rear seating layout with a wraparound bench seat, cupholders and a footrest. 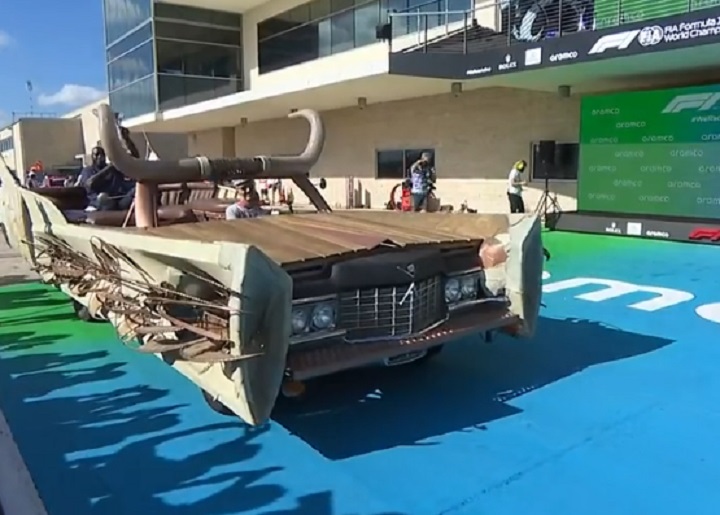 This massive American drop-top was the perfect chariot for Shaq to hitch a ride in, as it’s long enough to accommodate the former star center’s massive frame and celebrates the race’s Austin roots with its cowboy-inspired exterior. We tried to find more information on this custom Cadillac, who built it and what it was originally constructed for, but our search unfortunately came up dry.

Shaq is still taller than Lewis even though he’s on a podium 😭 pic.twitter.com/cZDjTpft4g

Shaq’s appearance at the U.S. Grand Prix was a major talking point on Twitter and elsewhere online after the race, with many users marveling at his size relative to the slender and comparably short Formula 1 drivers. Shaq was one of several American celebrities that attended the race, with Ben Stiller, Serena Williams and George Lucas also spotted on the grounds at Circuit of the Americas on Sunday.