The fully refreshed 2022 Silverado 1500 made its official debut last month, arriving with a long list of changes and upgrades. Chief among these is an overhauled interior space, with a brand-new cabin layout and the latest tech features. Now, we’re taking a closer look at the refreshed 2022 Silverado High Country’s infotainment spec with the following GM Authority Live Photos. 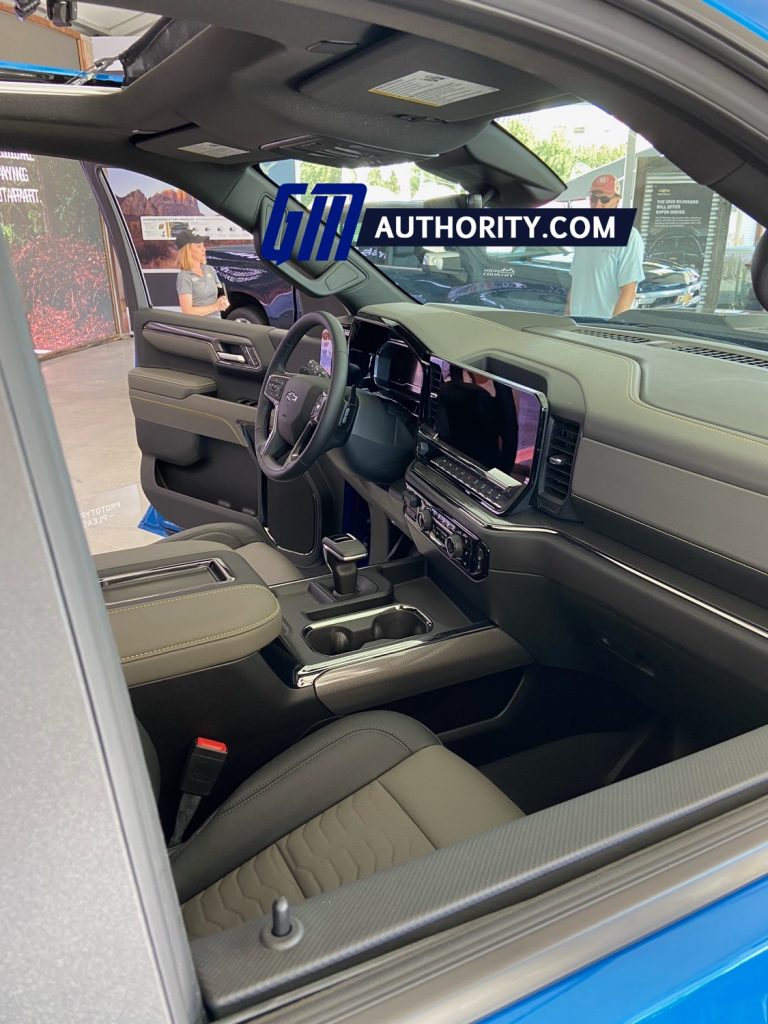 The center stack is oriented towards the driver’s seat, providing easy access to both the hard buttons and the user interface elements on the screen itself. The top of the screen shows the user’s name and connected smart device (Apple CarPlay and Android Auto are both included as standard), while battery life and available web connection are in the right next to the clock. 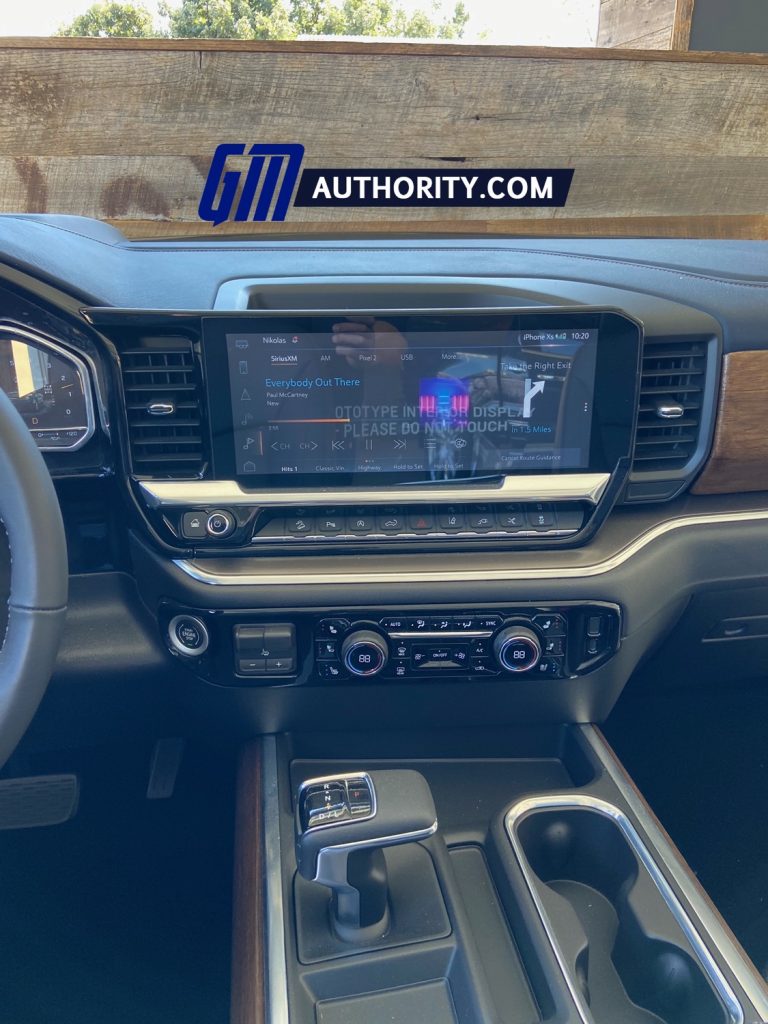 Moving beyond the borders of the screen, we find the primary infotainment screen flanked by vertically oriented air vents. Below the screen is an array of hard buttons for various vehicle functions, while to the left of the hard button panel is a volume knob/power button and a hard button for the home screen. Placing these as hard buttons right next to the steering wheel is smart, as it allows the driver to quickly and easily access these functions using finger feel, rather than diverting their eyes off the road. 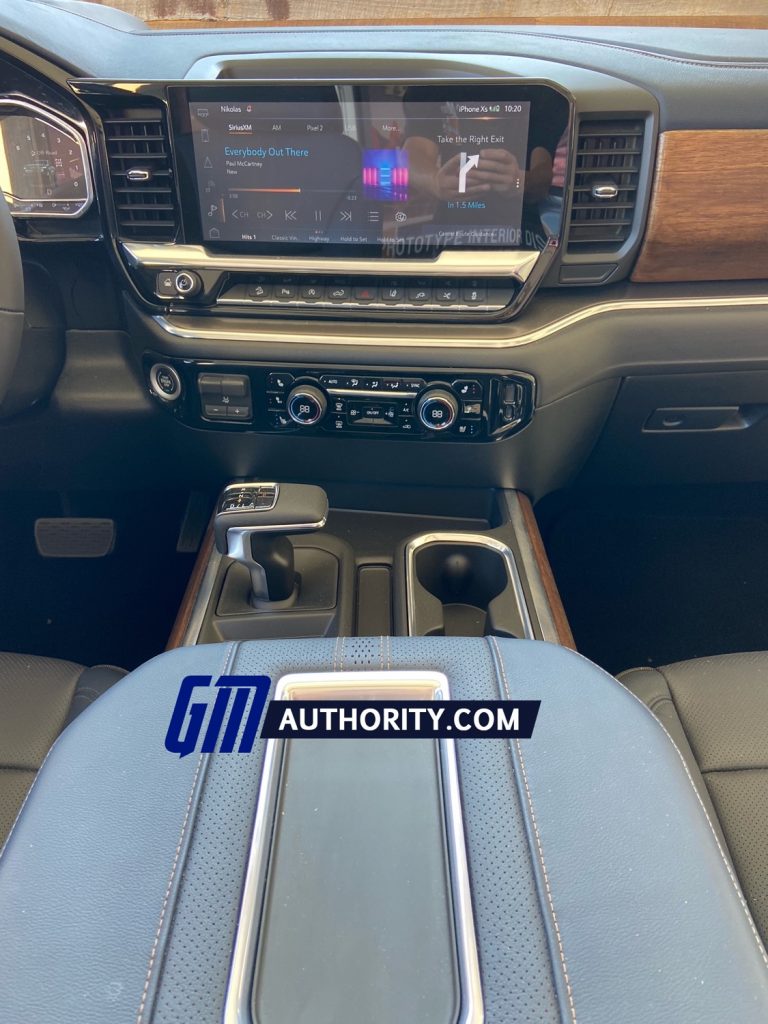 The HVAC controls are positioned towards the bottom of the center stack, while the large engine starter is in the leftmost corner.

Also notable is the revised center console, which houses a new console-mounted gear selector. For those customers who prefer the traditional steering column-mounted Electronic Precision Shifter, it can still be optioned on some models, as GM Authority covered previously.

Next to the shifter, we find a pair of cupholders, while ahead is a small storage cubby. Behind the center tunnel is an armrest, underneath which is the wireless smartphone charger. 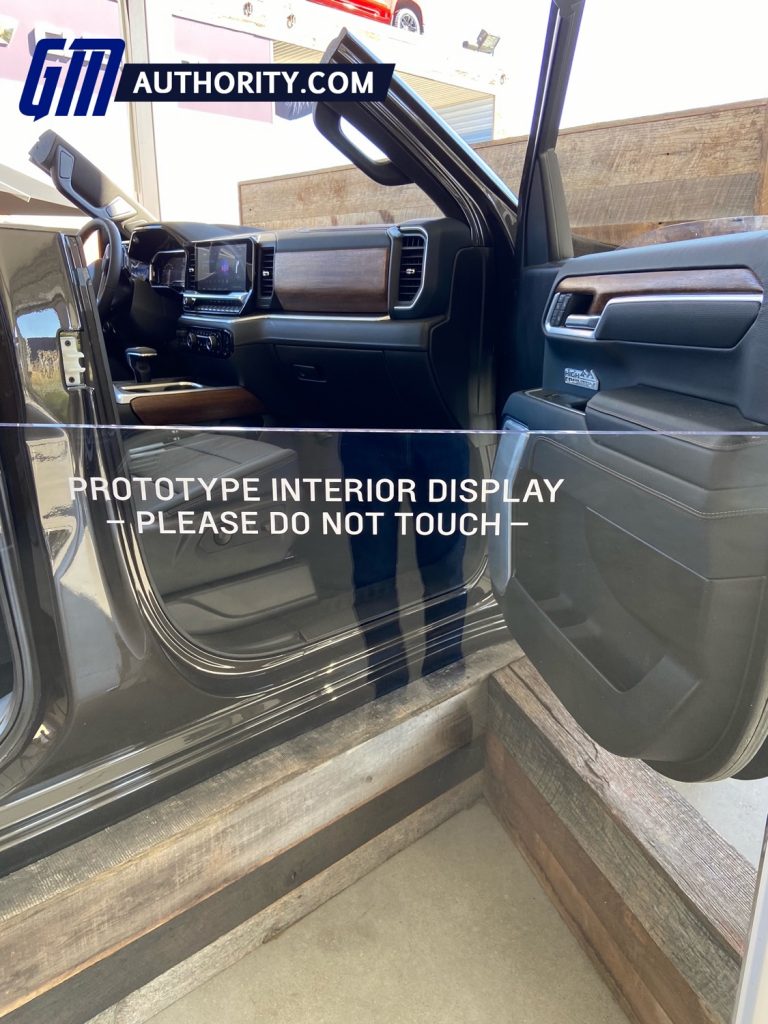 Behind the steering wheel, the 2022 Silverado High Country incorporates a 12.3-inch configurable instrument cluster as standard, offering a variety of Google-powered tech features, such as Google Assistant, Google Maps, and Google Play.

GM’s Super Cruise semi-autonomous driver assist system is optional on High Country trims, although this particular model does not have it equipped, as evidenced by the lack of a system indicator bar placed along the top of the steering wheel rim.

Looking for all the latest on the refreshed 2022 Chevy Silverado? Then make sure to subscribe to GM Authority for more Chevy Silverado news, Chevy news, General Motors infotainment news, and around-the-clock GM news coverage.