This second-generation 1970 Chevy Camaro SS/RS looks every inch like a classic muscle car, but adds to the formula with a selection of restored and modern components, making it an ideal daily cruiser. Now, we’re getting behind the wheel of this Chevy Camaro with the following feature video.

The owner was originally inspired by the second-gen Detroit Speed race car build, and sought to make an autocross competitor. However, after finding his new project car, he decided it was too nice to tear down, so instead, he decided to keep the old-school cool intact, simply upgrading and restoring bits and pieces to make it a little nicer to drive.

Outside, this Chevy Camaro is draped in Camaro Gold paint, which is offset with twin black racing stripes running down the spine. The color is factory, but the owner opted not to restore the vinyl top, saying it would look a little “dated.” 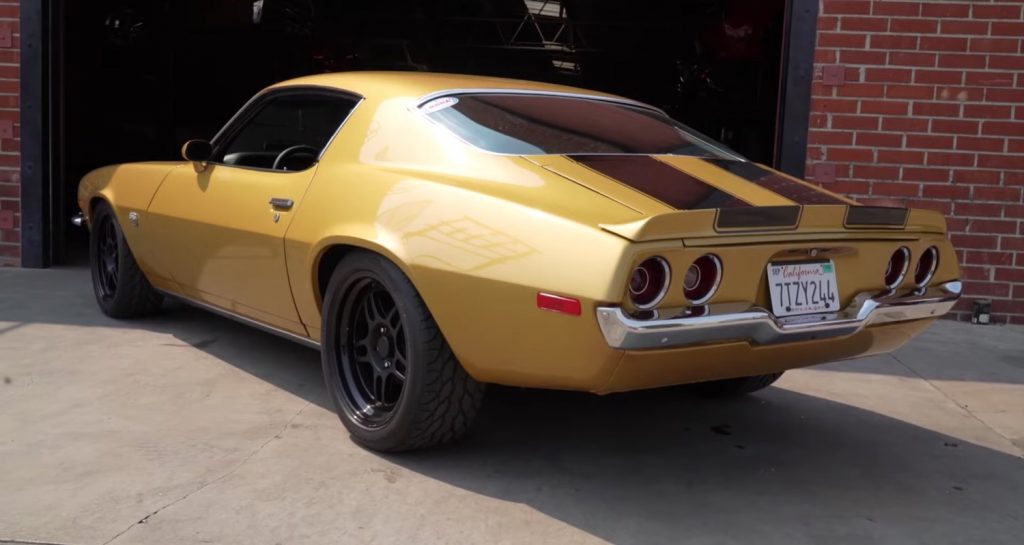 The owner says he wasn’t sold on the gold paint at first, but after he saw it, he realized it was a perfect fit for the Chevy Camaro. “When I’m out and about, most people are the same way you and I are, they’re like ‘that actually looks pretty cool.'”

In the corners, the Chevy Camaro rides on Formula 45 wheels, finished in black, with 275 tires in the rear and 245 tires in front. 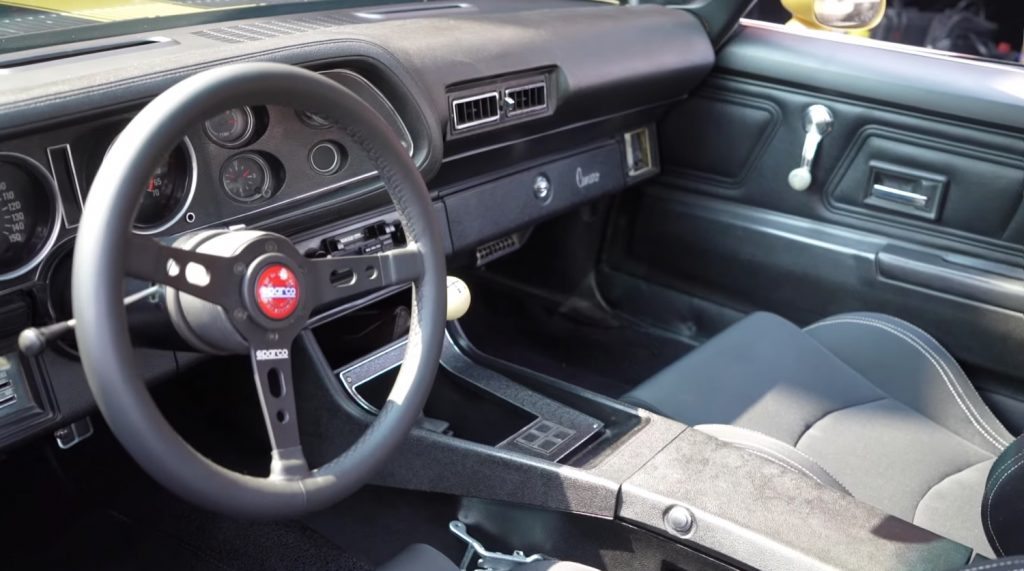 The interior was upgraded with a few choice bits and pieces as well, including new bucket seats and a three-spoke steering wheel, all of which come from Sparco. The owner says he still has the factory components hanging around in his garage if he wants to turn it back to stock. The car also retains the original owner’s manual, build sheet, and various documentation bits 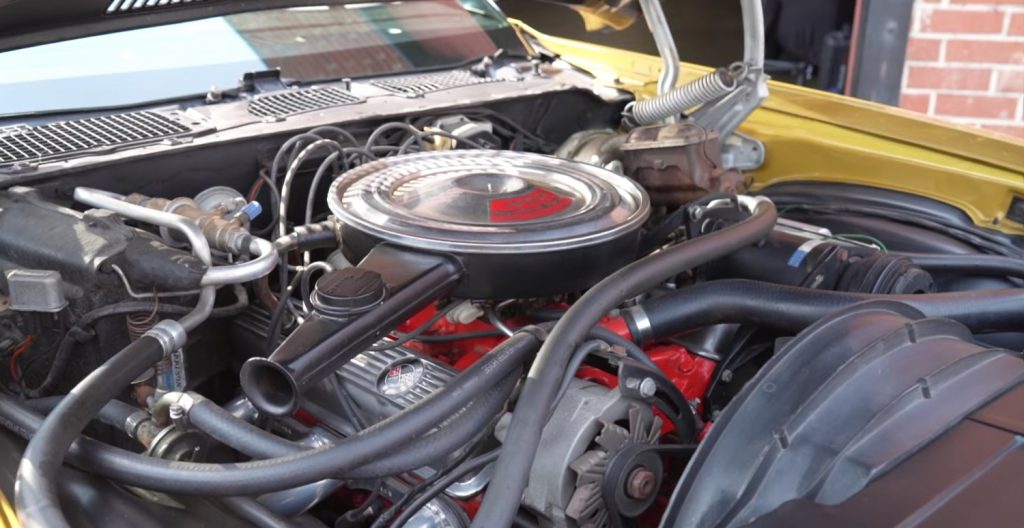 Under the hood is a numbers-matching motor, namely a carbureted Small Block Chevy 350 V8. The ‘eight connects to a Muncie four-speed transmission, 12-bolt rear end, and 3.31 gears, while spent gasses exit through a custom exhaust with Doug’s Headers and Flowmaster mufflers. The suspension spec includes Detroit Speed components front and rear, including new control arms, shocks, and springs.

All in all, this Chevy Camaro keeps the good stuff, while adding to it where appropriate. Check out the full build in the video below.