A 2011 Holden Maloo R8 317 with an eye-catching Poison Ivy Green finish has popped up for sale on the west coast. Holden faithfuls are well aware that such a vehicle was never offered for sale in the United States, but according to the Motor Cars LA listing, this Australian Ute was converted from right-hand drive to left-hand drive for the prior owner and has a clear Montana title.

Notably, this Holden Maloo has 72,855 miles on the odometer and a price tag of $87,500. For those who might not be familiar with the now-discontinued brand of vehicles, the Maloo – which means ‘thunder’ – is a ute variant of the Holden Commodore, which was sold in the U.S. as the Chevy SS sedan for the 2014 – 2017 model years. 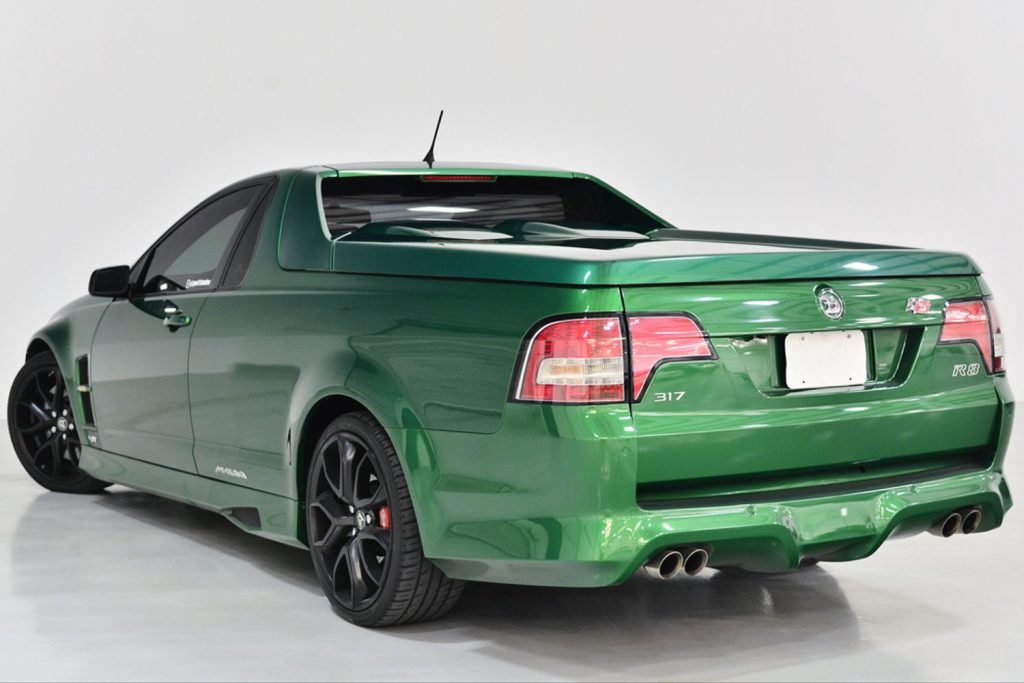 A 6.2L LS3 V8 sits under the hood and puts out 425 horsepower – or 317 kilowatts, which is designated by the 317 badging and nomenclature – and 406 pound-feet of torque, or 550 newton-meters. A 6-speed manual is bolted to the V8, and transmits power to the rear wheels. In other words, this green beauty is likely a blast to drive.

While the LS3-powered variant might not be as spectacular as a supercharged HSV R8 LSA model – which featured the blown 6.2L LSA V8, of course – a Holden Maloo of any kind will be a spectacle here in the states. And its metallic green finish will surely make it the talk of any car show. 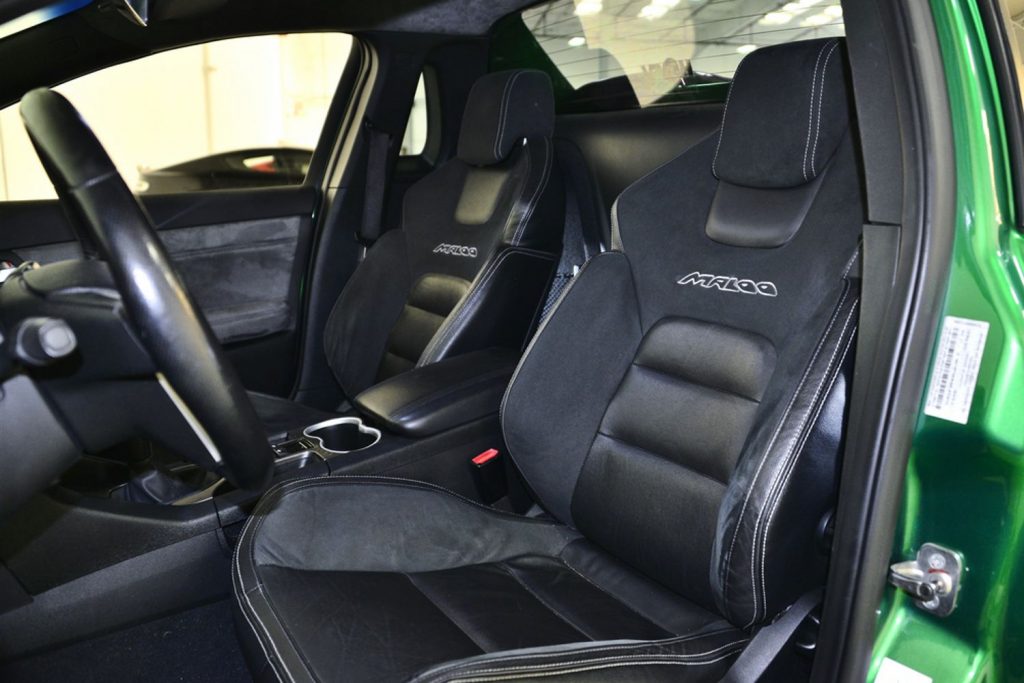 On the inside, a mixture of black Alcantara and leather materials decorate the cabin, and this particular model features bespoke ‘Maloo’ embroidery. The vehicle is also equipped with a factory navigation system.

While the mileage isn’t exactly low, the vehicle appears to be clean and well-kept, with no visible blemishes on the exterior. That said, there are signs of wear on the seats, specifically bolstering as the driver’s seat is a bit worn and faded on the left side and the passenger-side seat shows wrinkles. Of course, we’re nitpicking at this point, but these may be caveats for Holden fanatics who are looking for a preserved piece of history. Hopefully, though, this Holden Maloo for sale at Motor Cars LA goes to someone who will actually drive it.