The No. 4 Corvette C8.R crew of Tommy Milner and Nick Tandy took a third-straight IMSA WeatherTech victory at Virginia International Raceway on Sunday after moving from third to first in the final 50 minutes of the 2 hour and 40-minute event. 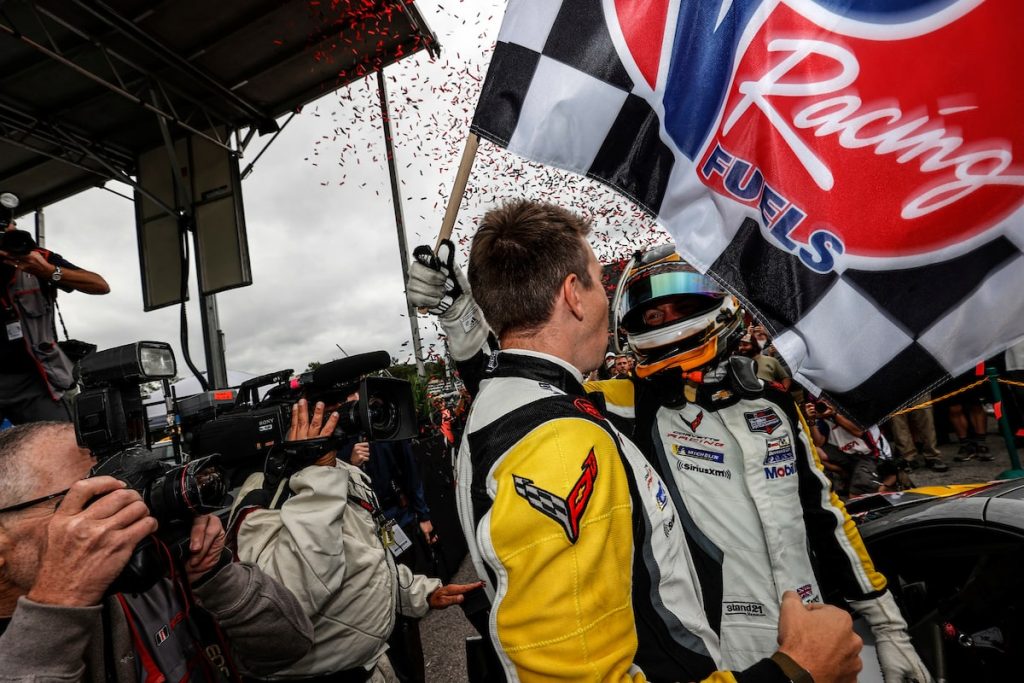 Jordan Taylor led the first lap of the race in the No. 3 Corvette C8.R, leap-frogging pole-sitter Milner on the race start. The two Corvettes kept a steady pace in the first stint, extending their lead over the silver-rated Cooper Macneil in the No. 79 WeatherTech Racing Porsche 911 RSR by over 30 seconds after 28 minutes of racing.

Milner dove into the pits first for fuel and tires, handing driving duties over to Tandy around the 30 minute mark. The No. 3 team elected to stay out, but suffered a slow stop when Taylor came in after a 53-minute stint, handing the lead to Tandy. The No. 79 team had come in for a full-service stop and driver change to the Platinum-rated Kevin Estre about 38 minutes into the race.

All three GTLM teams shifted their respective strategies after a full-course caution came out near the halfway point. Tandy dipped into the pits for fuel and tires, while Antonio Garcia also came in for tires only after spending only 20 minutes on his previous set of Michelin tires. The caution also bunched the GTLM, negating the significant 40-plus second lead of the two Vettes over the Porsche. 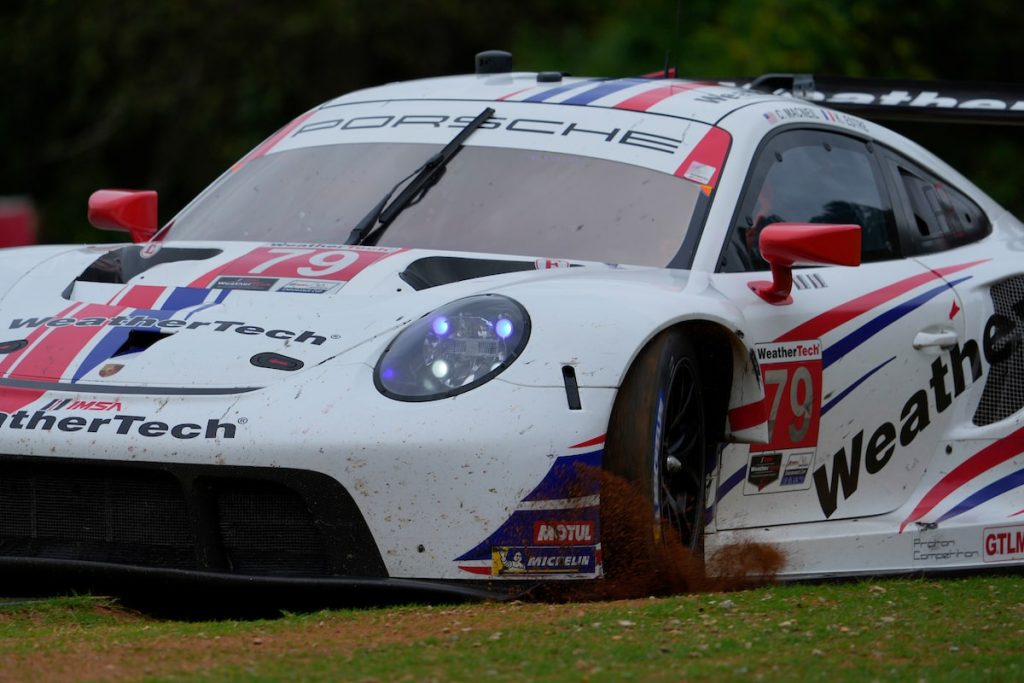 The green flag came back out with about 66 minutes left in the race. As the three GTLM entries raced in a line, Estre moved Tandy with his front bumper to take second place before doing the same to Garcia. The battle allowed Tandy to close back in, with the Briton returning the favor and moving Estre out of the way to take the lead and put the two Chevys 1-2. Tandy led Garcia by around two seconds with 10 minutes left in the race, however he later spun attempting to pass a GTD-class BMW, allowing Tandy to take the chequered flag by a significant 17.8 seconds. Estre, meanwhile, had fallen off from his two rivals after nosing his Porsche into the barrier at Turn 11 with about 37 minutes left in the race, ending his hopes for a win. 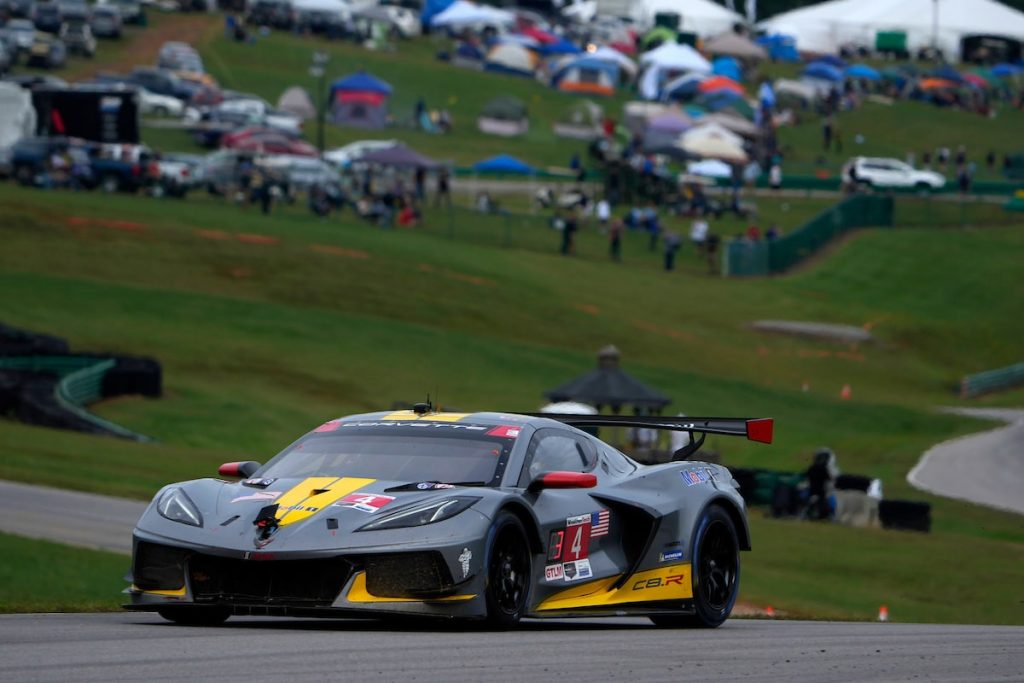 Tandy later congratulated his team on their faultless pit stops and setup work in a jovial post-race interview.

“I’ve got to give full credit to Corvette Racing, Chevrolet and the guys and girls on this team,” he said. “It started with Tommy putting it on pole and Jordan again on the front row for Corvette Racing. From the start, we split strategies and nailed all the stops on the strategy from there. The car was bullet-proof. Hats off to everyone on the team.”

Corvette Racing will now turn its attention to the final race of the IMSA season, Petit Le Mans on November 13th. Corvette Racing currently leads the GTLM manufacturer’s standings over Porsche by 221 points, while Taylor and Garcia lead Tandy and Milner in the driver’s standings by 127 points.