The first public, real-world demo of the innovative airless Michelin Uptis tire was recently carried out at the IAA Mobility show in Munich. 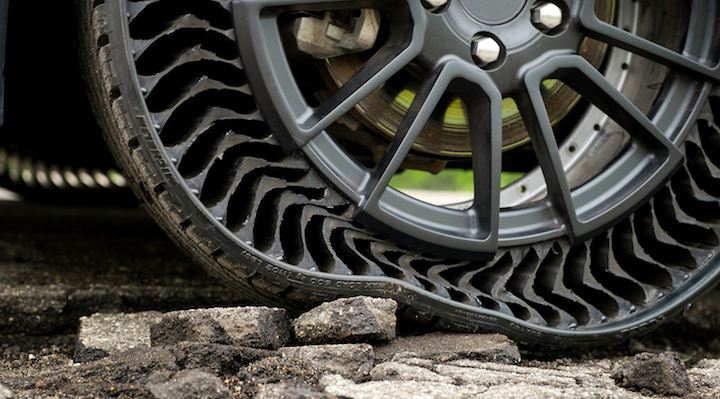 The Michelin Uptis tire (Uptis is short for Unique Puncture-Proof Tire System) is constructed from a combination of composite rubber and resin-embedded fiberglass and features a unique structural design that is able to support the weight of a vehicle without the need for air. Michelin says these tires are more robust than a traditional pressurized tire, as they cannot be punctured by nails or other sharp objects.

In addition to the obvious durability benefits, the Michelin Uptis may also prove to be more eco-friendly than a traditional tire. Michelin estimates around 200 million tires are scrapped each year due to punctures and/or rapid pressure loss – problems the Uptis sidesteps. The tire would also reduce the chance of tire failures at speed, thereby minimizing blowout-related crashes. All of these benefits fit directly in line with GM’s Vision Zero initiative of a world with zero crashes, zero congestion and zero vehicle emissions. 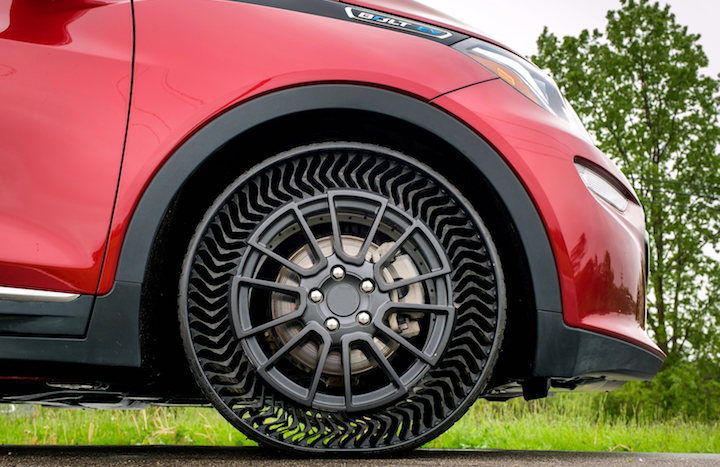 Michelin first unveiled a prototype version of the Uptis back in 2019. The French tire manufacturer has been working closely with General Motors on the design ever since, testing the Uptis on private test tracks and public roads with the eventual goal of releasing a market-ready version as soon as 2024. In a 2019 press release titled “Michelin, GM Take the Air Out of Tires for Passenger Vehicles,” the automaker said it was “excited about the possibilities that Uptis presents,” for its customers.

“Uptis is an ideal fit for propelling the automotive industry into the future and a great example of how our customers benefit when we collaborate and innovate with our supplier partners,” GM said in a statement. 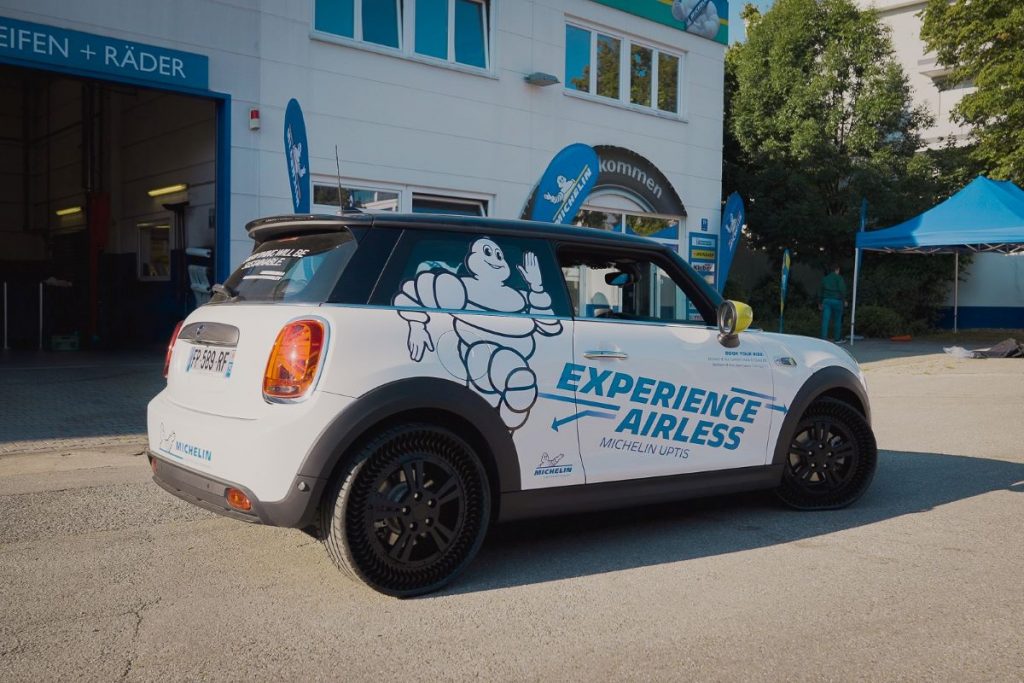 Michelin gave demo rides to the media in an electric Mini Cooper equipped with Uptis tires at the IAA Mobility show in Munich early last month and says it received positive feedback from participants.

“The truly distinctive structure of the Michelin Uptis prototype, or its ‘weirdness’ as we have often heard it called, really attracted the attention of many visitors and left a lasting impression on them,” said Cyrille Roget, Michelin Group Technical and Scientific Communications Director. “It was an exceptional experience for us, and our greatest satisfaction came at the end of the demonstration when our passengers, who were admittedly a little wary at first, said they felt no difference compared with conventional tires.”

Michelin says it remains on track to release the Uptis tire to the public in 2024. You can see it in action in the video embedded below.