General Motors introduced the all-new twelfth-generation Chevy Suburban for the 2021 model year, continuing the longest-running automotive nameplate U.S. history. Naturally, a background like that has plenty of nice rides to point to, and now, one custom builder is bringing this 1967 Chevy Suburban into the modern era with a laundry list of high-end mods and upgrades, including the supercharged 6.2L V8 LT4 gasoline engine under the hood. 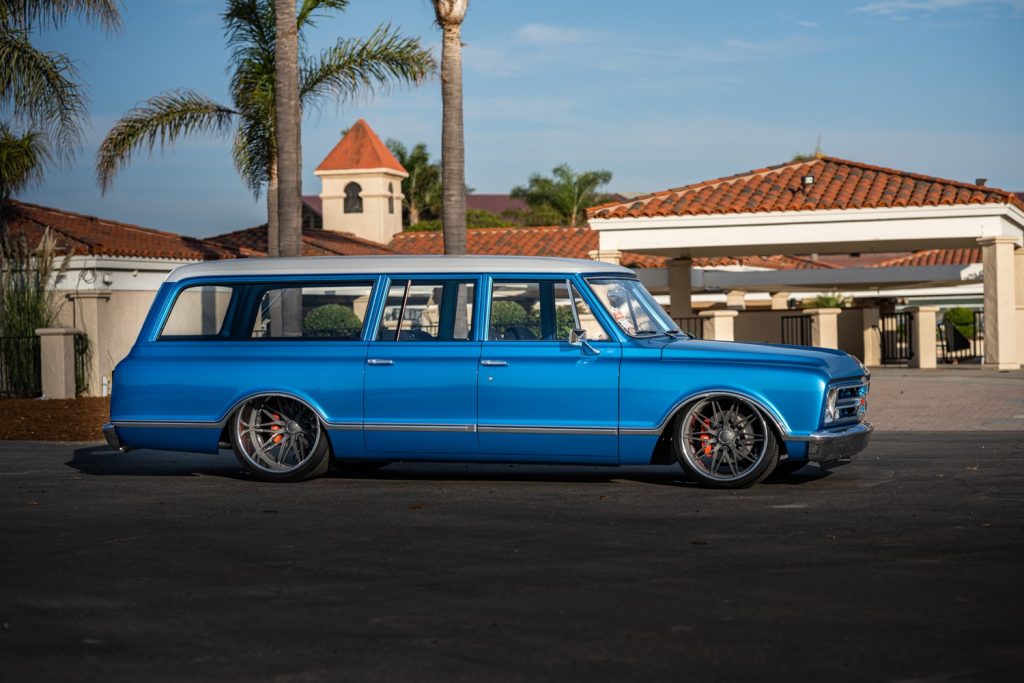 This particular custom 1967 Chevy Suburban was built by J-Rod & Custom out of Black Diamond, Washington, and recently made an appearance at the Goodguys Meguiar’s Del Mar Nationals car show as one of the highlight builds, grabbing a Top 10 Builders Choice from Charley Hutton, as well as becoming a finalist for the Chevrolet Performance GM Iron Builder of the Year.

The custom debuted at the Goodguys Pacific Northwest Nationals in Puyallup earlier this summer. The Chevy Suburban also grabbed a spot in the Top 5 for America’s Most Beautiful at the West Coast Nationals in August. 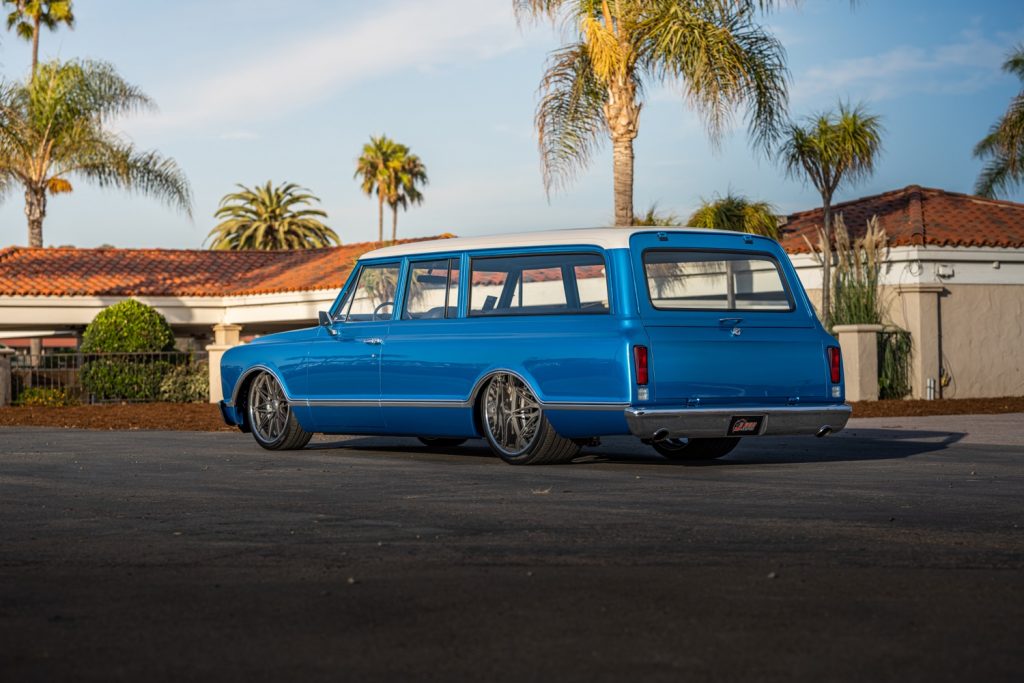 Outside, this custom 1967 Chevy Suburban keeps the old school style intact, with the classic, boxy straight lines and extended rear cargo section. The paint includes a two-tone treatment with Lapis Poly blue topped with Bianco Italia white for the roof.

However, the body is then dropped over a set of Schott wheels, specifically the company’s Drift design, sized at 22 inches by 9 inches in front, and 24 inches by 15 inches in the rear. The rollers are wrapped in Pirelli P Zero Nero GT tires, which tuck in nicely under the wheel arches. 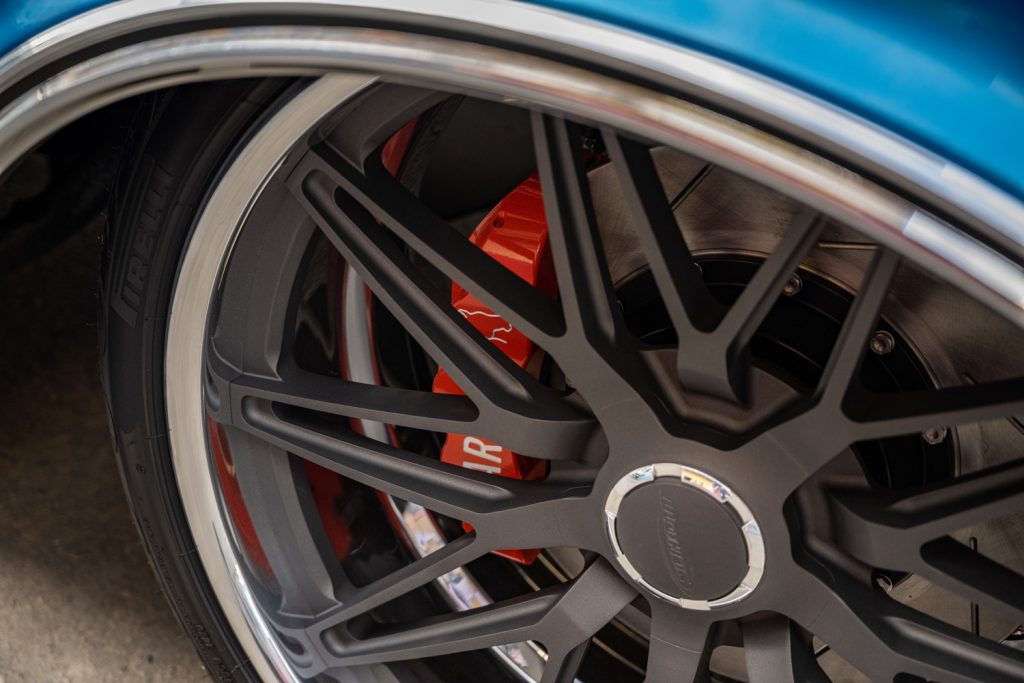 As for the mechanical bits, this custom 1967 Chevy Suburban is powered by the supercharged 6.2L V8 LT4 gasoline engine, the same ‘eight currently equipped by the Chevy Camaro ZL1 and Cadillac CT5-V Blackwing. The LT4 in the ‘Burban was also outfitted with a new GT32 cam and CNC headwork from Lingenfelter. 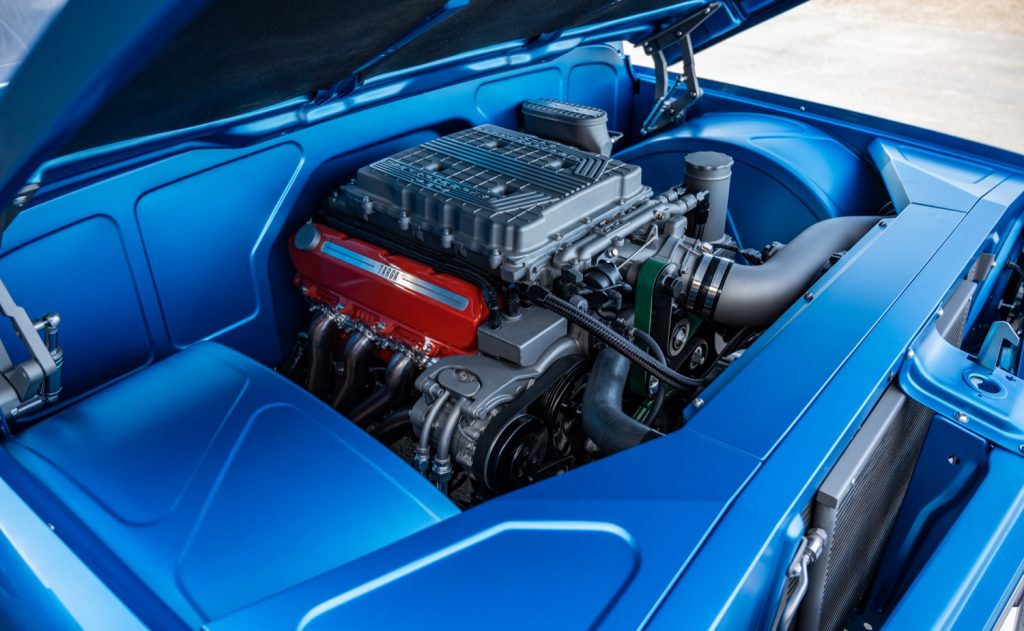 The GM 8L90 eight-speed automatic transmission handles the cog swaps, while a GSI 9-inch rear end and 4.11 gears put the power to the wheels.

The interior space is as clean as the rest of it, with a modern infotainment screen integrated directly with the center console, as well as modern switchgear and high-end upholstery to boot. 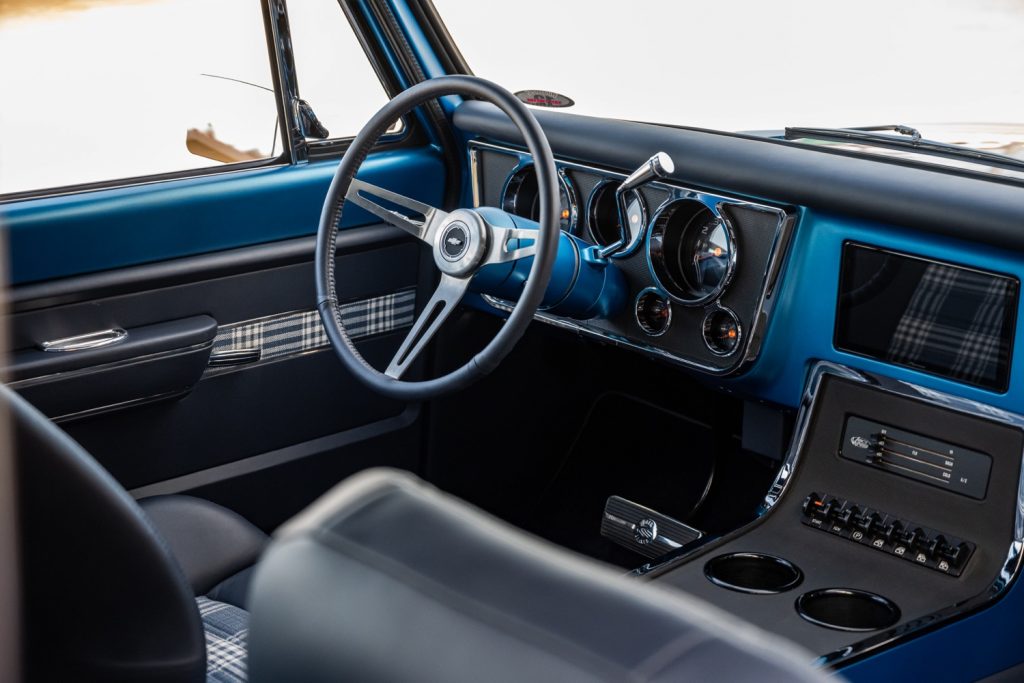 It’s a lovely build, and is sure to grab attention at whatever show it pops up at.