SEMA 2021 is just around the corner, and with it, the annual Battle of the Builders custom car competition. Now, we’re getting a sneak peek at one of the vehicles set to take part in the competition, namely this LS-swapped 1965 Chevy Corvair dubbed the “RareVair.” 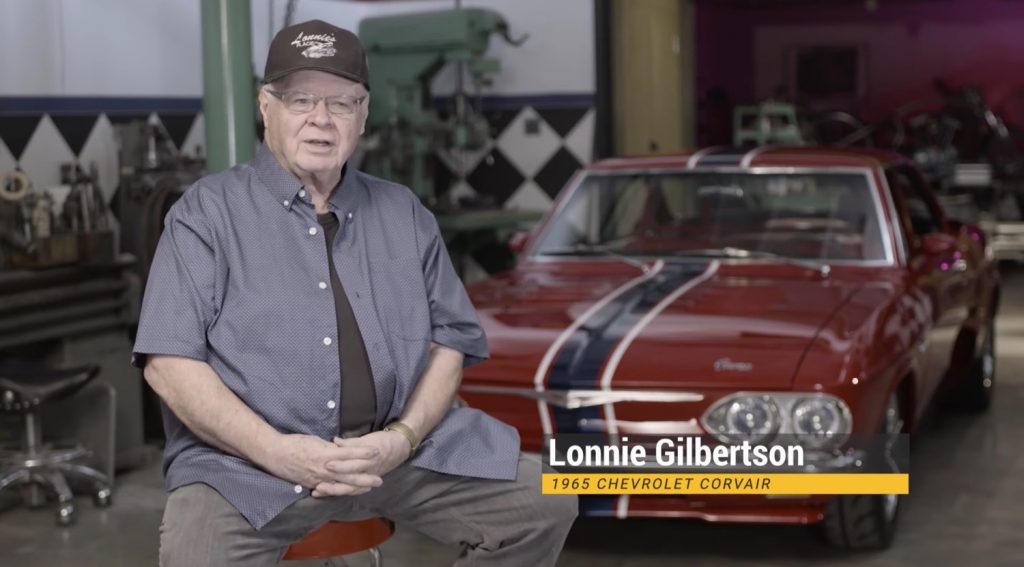 This custom 1965 Chevy Corvair was pieced together by Lonnie Gilbertson, who brings more than four decades of experience building hot rods to the competition. Gilbertson runs his own shop, Lonnie’s Place out of Milwaukie, Oregon, which evolved from his father’s machine shop and now focuses primarily on building hot rods.

Now, Gilbertson is set to make an appearance at the 2021 SEMA Show with this hot little 1965 Chevy Corvair, as featured in the following brief video. 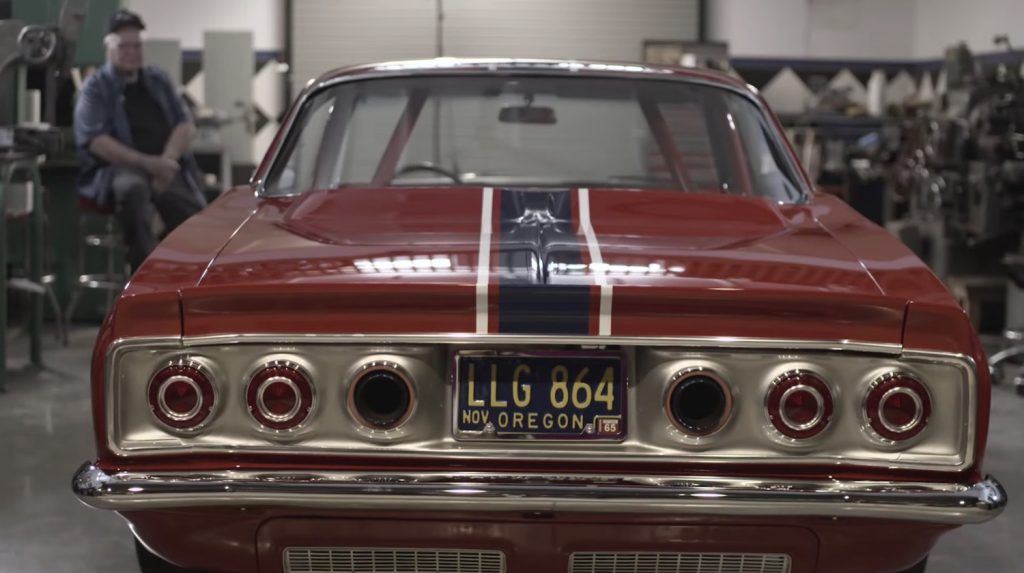 “I wanted a road race-inspired car so I kinda wanted to follow the Yenko Stinger,” Gilbertson explains. For those who may not know, the Yenko Stinger was developed by the famed Don Yenko to run in SCCA competition, prioritizing sharp handling to bring the fight to Carroll Shelby’s Mustangs. 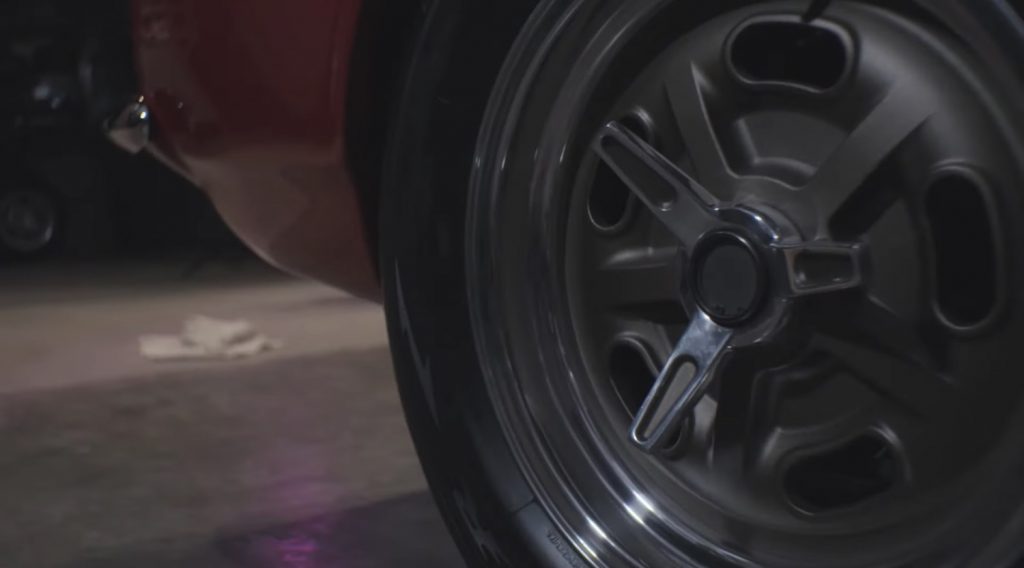 In order the capture the sports racer style he wanted, Gilbertson tossed on a set of E-T’s Sebring wheels, which bring the classic road racing style with a true pin drive knock-off design. The front end was reworked to incorporate a new opening that supplies air to the radiator for enhanced cooling purposes. 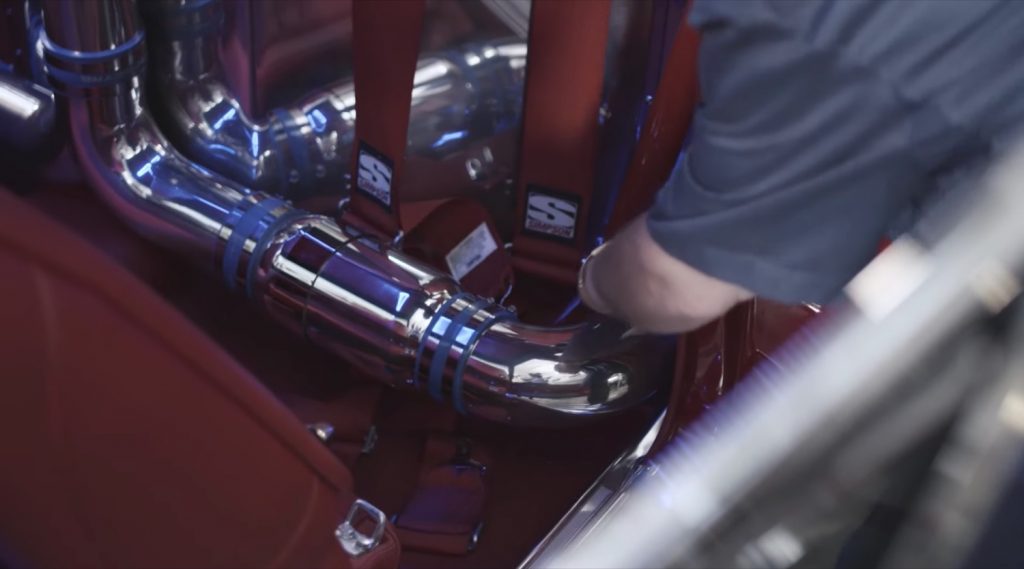 To help evacuate the new flow of air coming in, Gilbertson also cut out two strips of louvers in the top of the hood. There’s also a Ford GT40-style intake, with fabricated scoops added on the sides to supply cold air into the engine bay behind the cabin, complete with shiny intake plumbing that directs the oncoming air across the 550-horsepower LS3 V8. 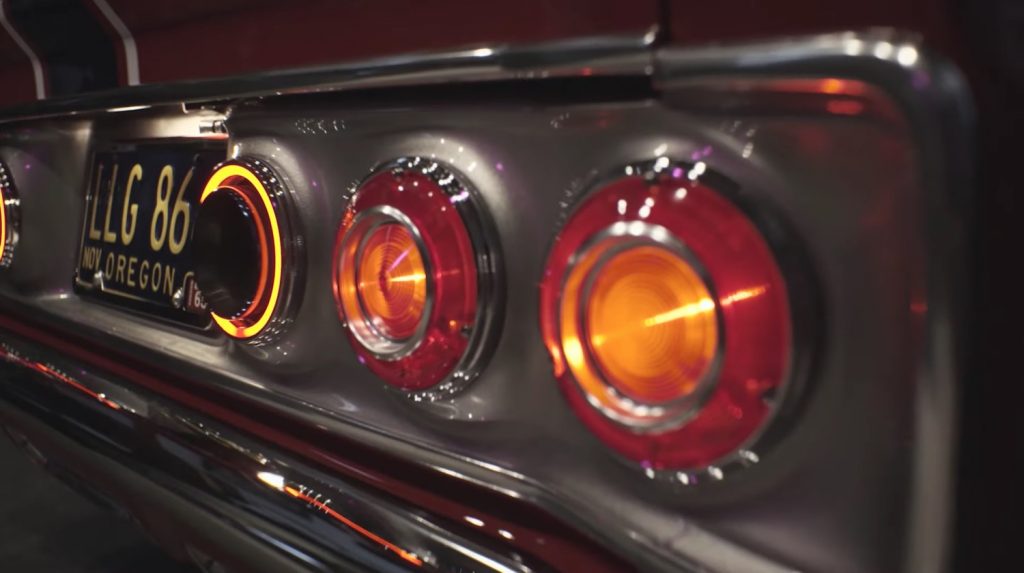 The rear end of the Chevy Corvair was modified to incorporate welded pieces from a parts car, while bezels were fabricated to accommodate an integrated pair of exhaust tips on either side of the license plate. The exhaust tips are rimmed with LED lighting, while blue lights were added to the foot wells in the cabin. Finally, concave glass was added to the gauges for a unique look.

This Chevy Corvair is sure to turn heads at SEMA, no question. But will it have what it takes to win at the Battle of the Builders? Only time will tell. Check the build in the feature video below: