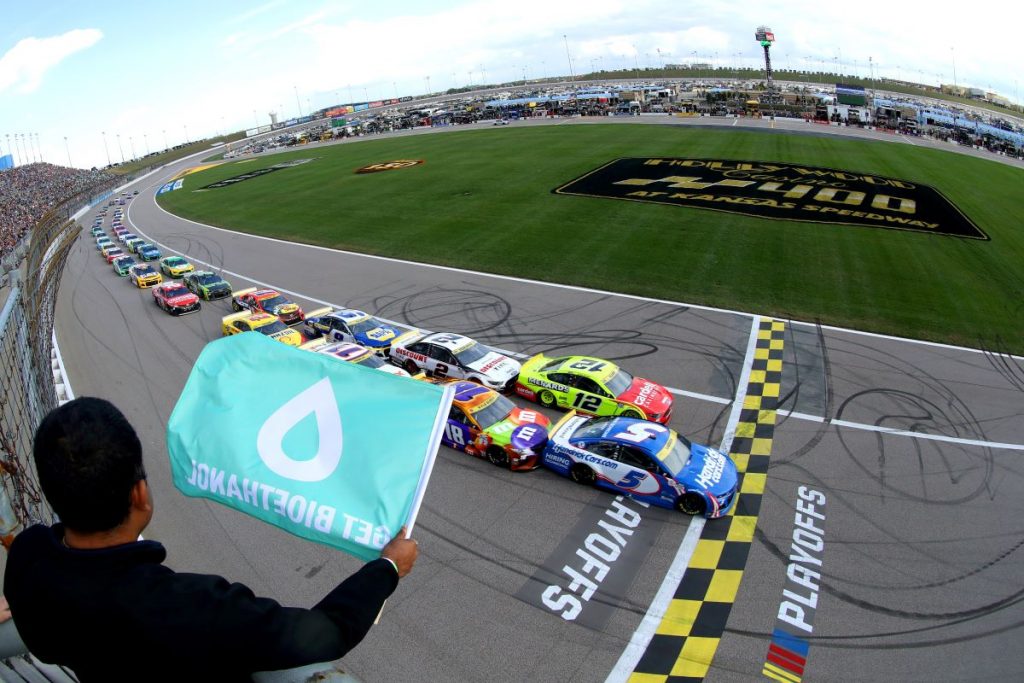 Sunday’s win, which was Larson’s ninth this season and the 15th of his career, came 17 years to the day that Hendrick Motorsports lost 10 people in a company plane crash – including team owner Rick Hendrick’s son, Ricky. The red, white and blue No. 5 Chevy Camaro ZL1 that Larson has driven this year is adorned in a Ricky Hendrick tribute livery promoting HendrickCars.com and the Hendrick Automotive Group.

“I want to dedicate this win to Rick and Linda (Hendrick),’’ Larson said after getting out of his No. 5 Chevy. “I didn’t ever get to meet Ricky or the other men and women who lost their lives that day, but I felt the importance of this race, no doubt.”

“It’s crazy how it kind of all worked out there for me to win,” Larson added. “I know they were all looking down and helping out there with all the restarts and stuff after getting into the wall. Again, thank you to Rick Hendrick. I know this means a lot to you and I’m glad I could get it done.‘’ 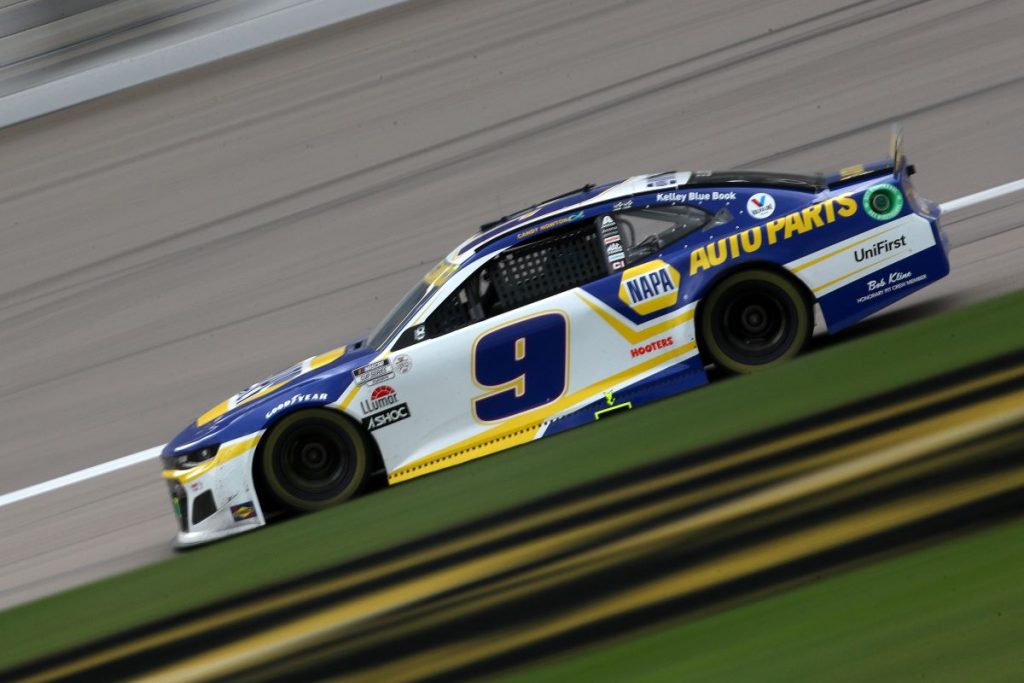 Larson took the checkered flag a significant 3.619-seconds ahead of runner-up Chase Elliott, with Kevin Harvick, who dropped out of the playoffs after crashing at the Charlotte Roval, following Elliott’s No. 9 Chevy Camaro ZL1 across the finish line to take third.

Elliott appeared to have the speed to catch Larson in the closing laps, but hit the wall as he attempted to close up to the No. 5 car and was forced to nurse his damaged Chevy home.

“Our NAPA team did a great job today and I felt like we had something for Kyle [Larson] there, just got the wall off of Turn 2,” Elliott said. “Just so hard to get up to him. Every few feet you get closer, the harder it gets.’’ 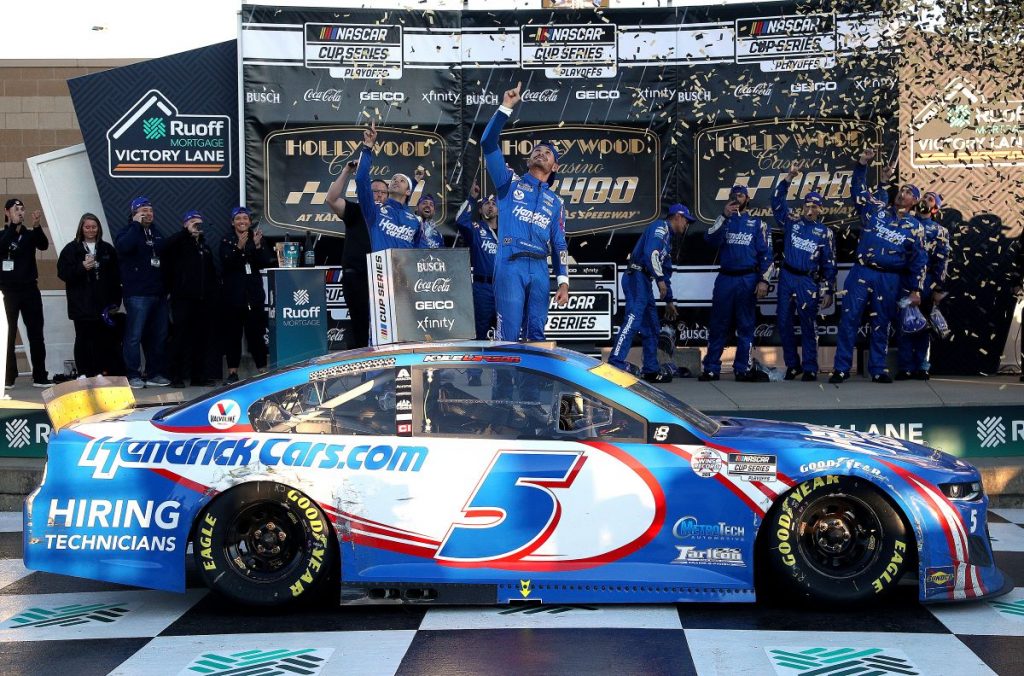 The NASCAR Cup Series heads to Martinsville Speedway next for the Xfinity 500 on Sunday, October 31st. Martinsville serves as the last race in the Round of 8 before the Round of 4 final at Phoenix on November 7th.