Kyle Larson put on yet another dominant display Sunday afternoon after storming to victory in the Autotrader EchoPark Automotive 500 at Texas Motor Speedway. 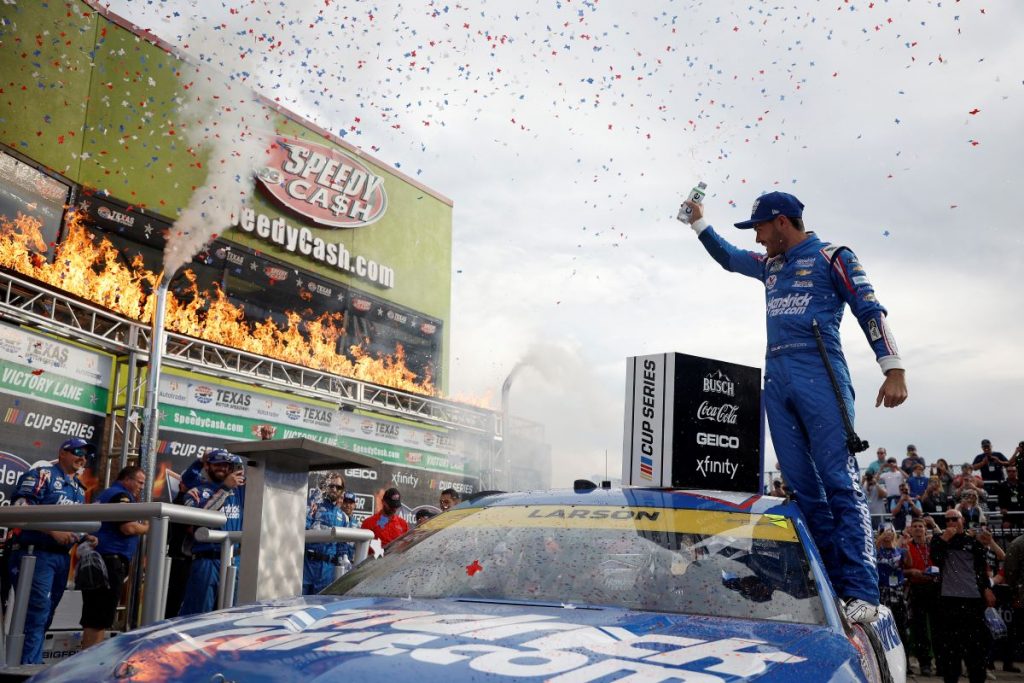 With the victory, Larson became one of the few drivers to take eight victories in one season – an elite club that also includes Richard Petty, Dale Earnhardt and Bill Elliott.

The No. 5 Chevy Camaro ZL1 driver led a commanding 256 of 334 laps en route to the victory, but that’s not to say Larson’s job was easy. The 29-year-old was forced to defend from the desperate field of cars behind him on seven restarts in the final 125 laps alone, including a two-lap sprint to the checkered flag that was set up following a wreck on the backstretch for the No. 11 Toyota of Denny Hamlin and No. 17 Ford of Chris Buescher. 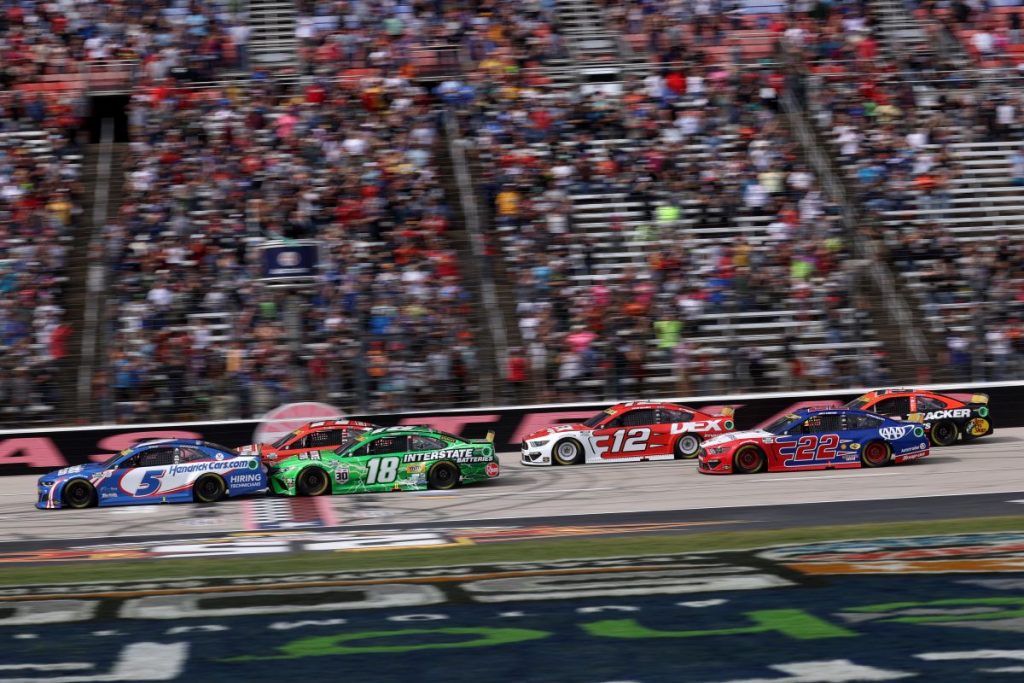 Larson credited his competitors for giving him a strong push from behind all day, enabling his consistently strong restarts.

“I just got good pushes from behind me, really,” Larson told NASCAR.com. ”I tried to stay patient on the throttle to keep them to my back bumper and thankfully, I was able to just barely clear them every time going into (Turn) 1 and not have to fight off (Turn) 2.”

“So thanks to William (Byron), Tyler (Reddick) and (Brad) Keselowski, anybody who was behind me, especially Brad on that last restart,” he added. 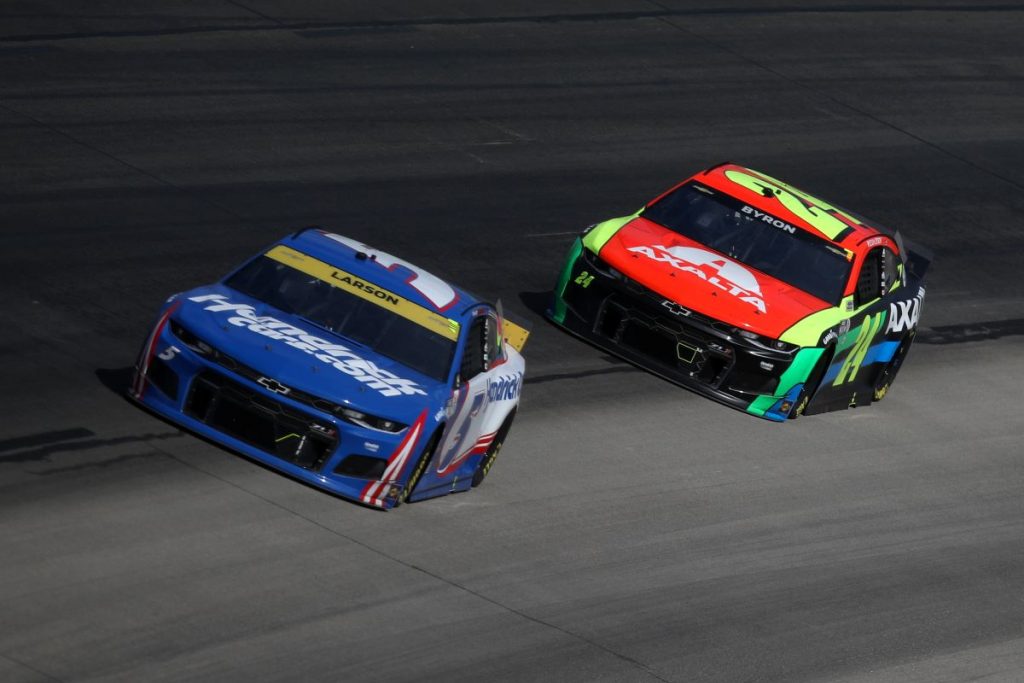 Larson’s victory locked him into the Round of 4, confirming the dominant No. 5 team will vie for the championship at Phoenix later this year. Blaney is second behind Kyle Larson, followed by Hamlin, Kyle Busch, defending champ Elliott, Keselowski and Joey Logano.

The NASCAR Cup Series heads to Kansas next for the Hollywood Casino 400 on October 24th. In the meantime, scroll below to view full highlights from Texas.