The all-new GMC Hummer EV rewrites the rulebook on off-roading, introducing a vehicle that blends all the rough-and-ready attributes expected of the nameplate with a high-tech all-electric powertrain. Now, Jay Leno is taking that combo for a spin in the following four-minute video. 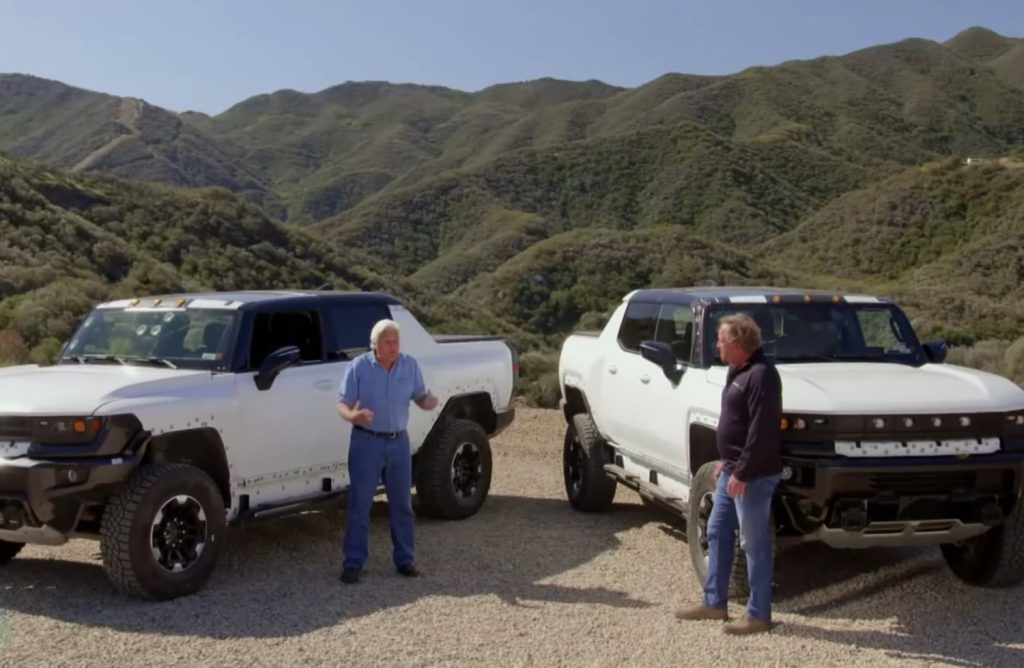 Leno recently paid a visit to GM Design Engineer Al Oppenheiser, who had a pair of GMC Hummer EV Pickup prototypes on hand ready to hit the trails. Although Leno is known for having a healthy amount of gasoline running in his veins, the former Tonight Show host was impressed by what was on offer.

“So you found out the problem with the car – it was polluting,” Leno says. “You got rid of the pollution, and now you have something that is eco-friendly, as silly as that sounds.”

With General Motors’ Ultium battery and Ultium motor technology under the skin, the range-topping GMC Hummer EV Pickup produces more than 1,000 horsepower and 11,500 pound-feet of torque, sprinting to 60 mph in a mere 3 seconds. The configuration is also good for around 350 miles on a full charge.

Further features include the Infinity Roof system, which opens up the vehicle for an in-the-elements experience inside the cabin, while up to 18 onboard cameras help to provide a plethora of views around the undercarriage, making it much easier to spot potential obstacles.

Leno tests the new GMC Hummer EV Pickup on some dirt trails, taking the wheel and chatting with Oppenheiser as they roll across the uneven terrain.

Leno is also impressed by the prodigious torque on tap from the all-electric powertrain, which is doled out using the onboard torque vectoring system to maximize traction, either grabbing the trail, or slingshotting the new GMC Hummer EV for that 3-second 0-to-60 mph time.

Check out the complete feature by clicking play: