Real-world testing of the 2023 Cadillac Lyriq electric crossover began back in April, but surprisingly, camouflaged prototypes have been a rare sight in the United States. However, GM Authority is happy to report that we’ve now captured exclusive photos of a 2023 Cadillac Lyriq undergoing real world tests without any camo, giving us an early glimpse of the vehicle driving on public roads. 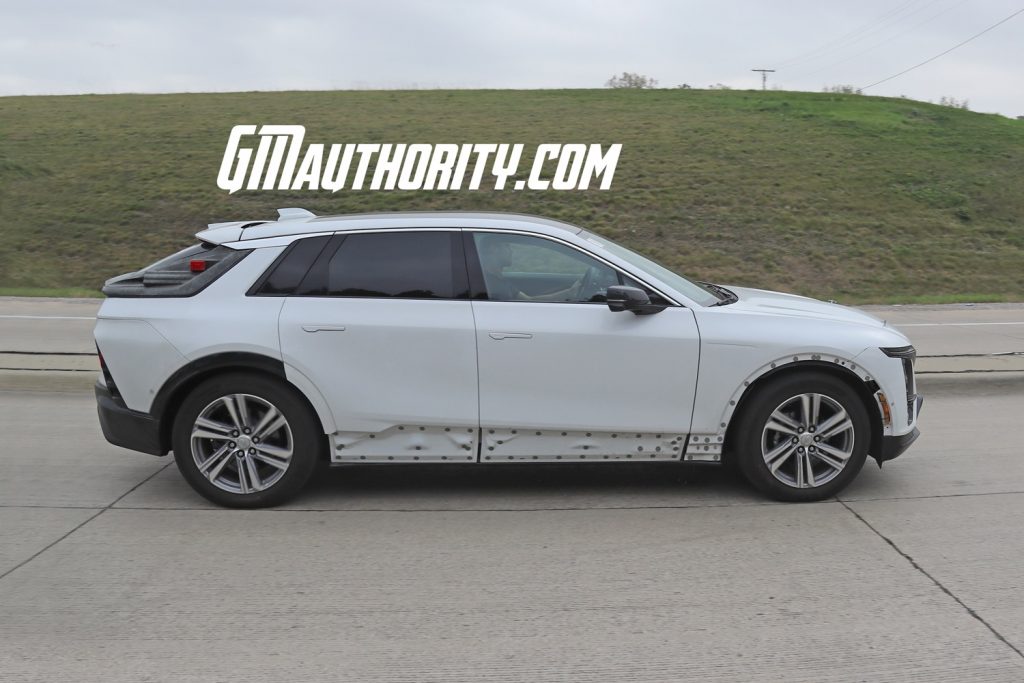 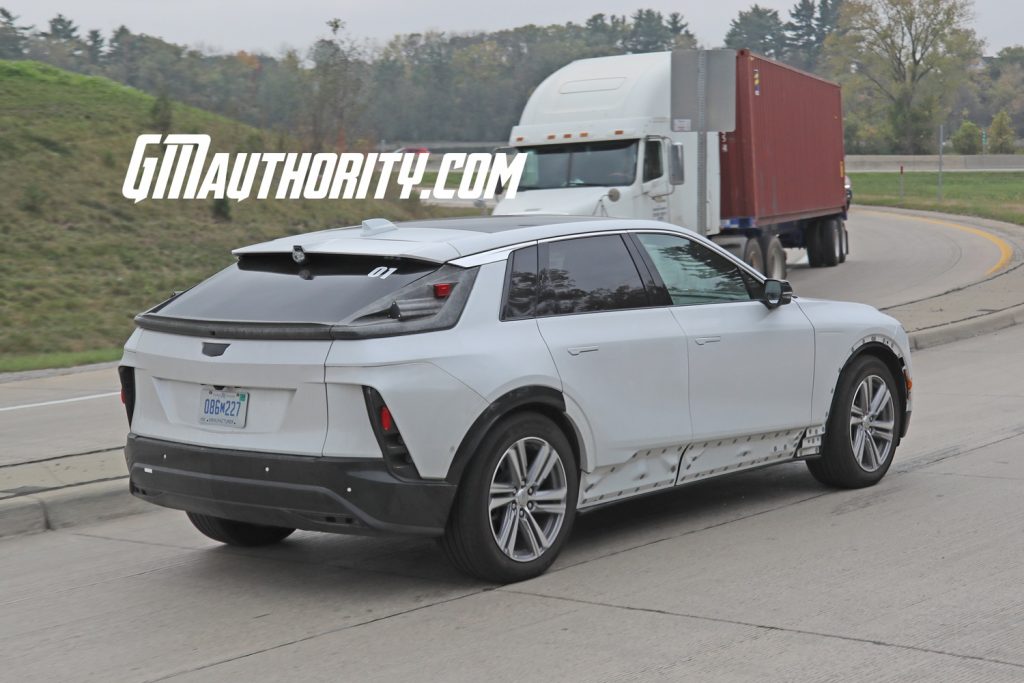 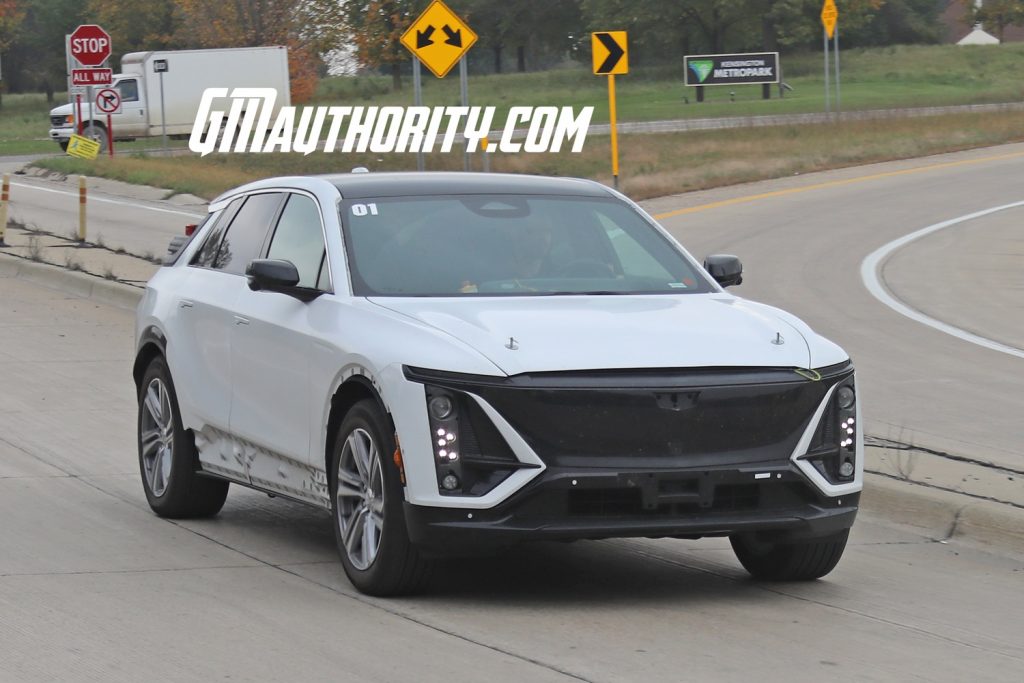 The test vehicle is riding on a set of never-before-seen twin-six spoke alloy wheels, which appear to be of a smaller diameter than the 20-inch and 21-inch directional chrome wheels that GM Authority uncovered back in August. 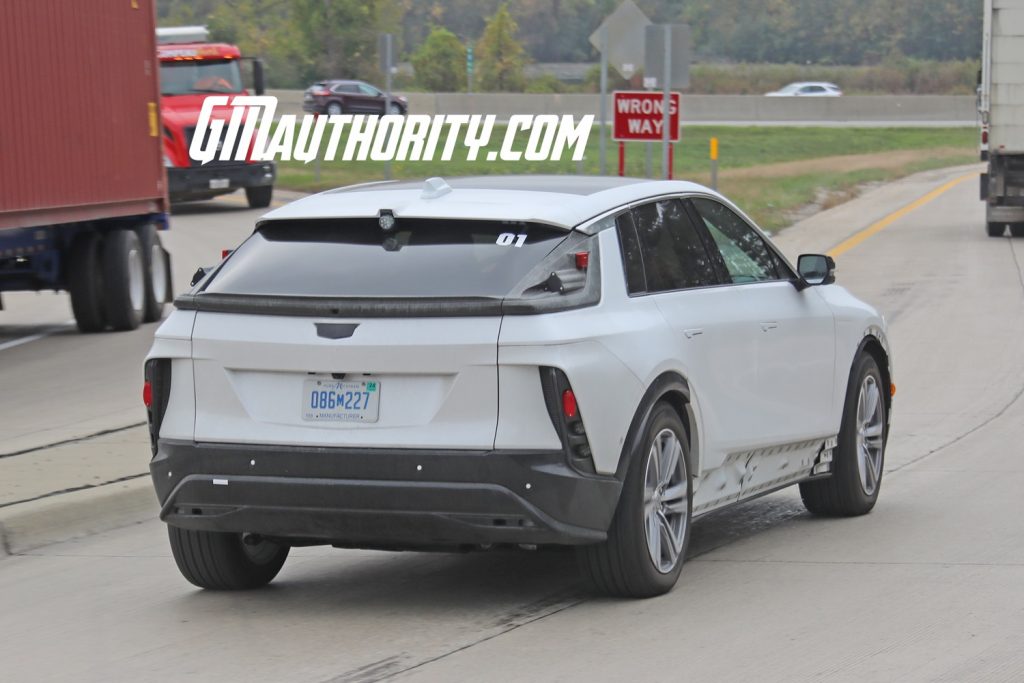 The 2023 Cadillac Lyriq is likely in its final stages of development, as it will enter production at the GM Spring Hill Assembly plant in March 2022. The vehicle will at first be offered as a well-equipped Debut Edition, which will come standard with a 100.4 kWh Ultium lithium-ion battery pack and a single Ultium Drive electric motor mounted on the rear axle producing a GM-estimated 340 horsepower and 325 pound-feet of torque. This 340-horsepower version of the Cadillac Lyriq will wear a 450E badge, as per Cadillac’s torque-based naming convention it first introduced back in 2019, and is priced from $59,990 in the U.S. with destination and freight. 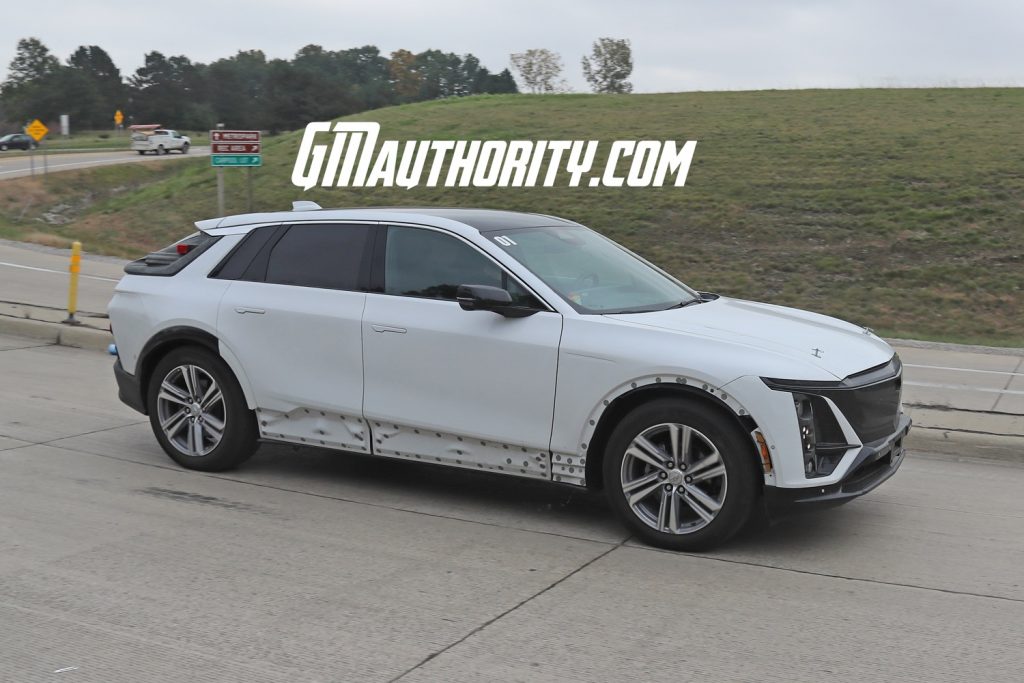 Reservations for the 2023 Cadillac Lyriq Debut Edition sold out in minutes after they opened in late September, although more vehicles will be available to order through Cadillac dealers starting in the summer of 2022.