Last month, GM’s cross-town rival debuted the refreshed 2022 Ford Expedition. One of the biggest news for the updated Chevy Tahoe and Suburban as well as the GMC Yukon and Yukon XL rival was the announcement of the Stealth Performance Package, which adds quite a bit of power to the Expedition… power that the GM SUVs simply do not have. But they should. We’ll explore this very topic in today’s GM Authority Opinion Desk. 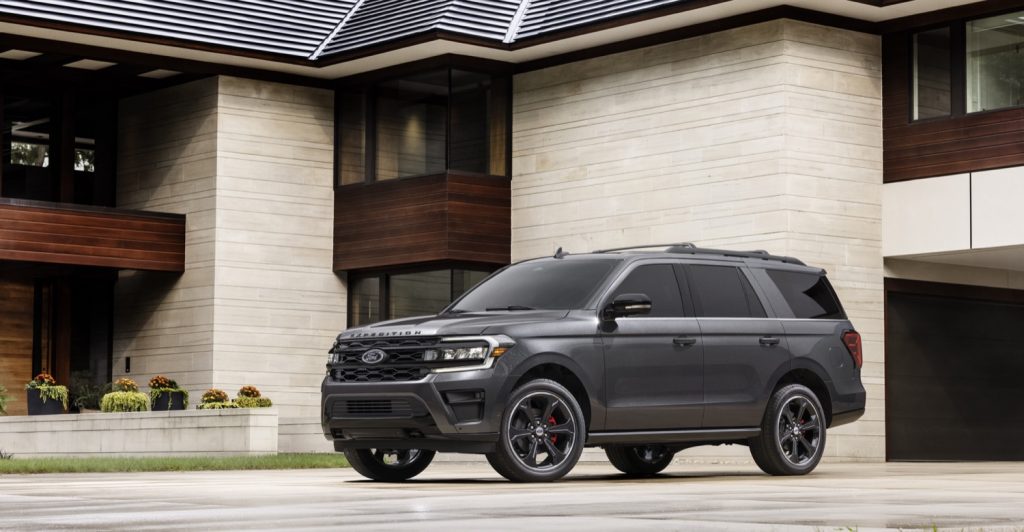 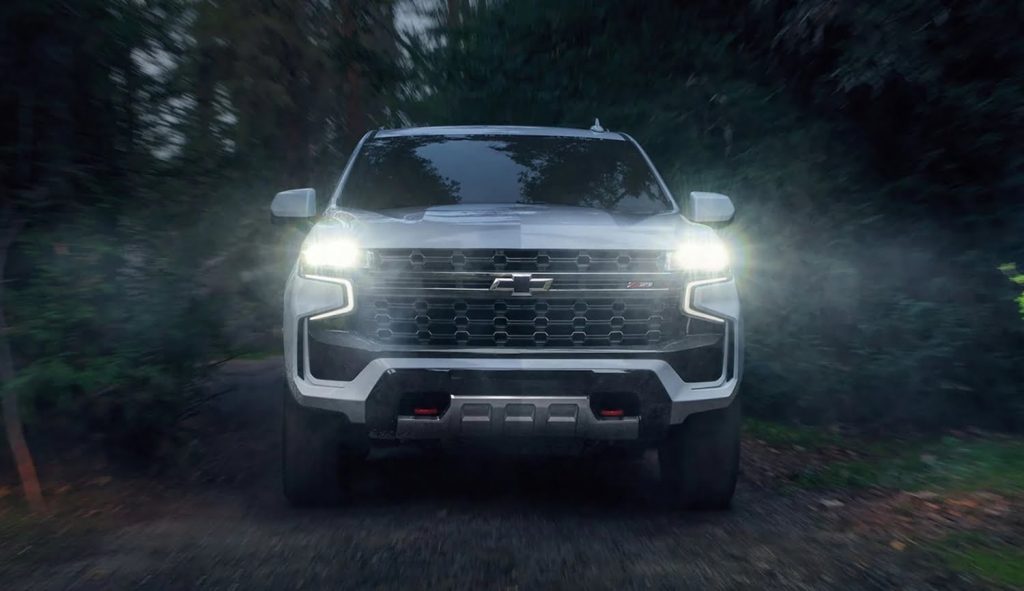 GM has just the solution in its parts bin to combat Ford’s assault. That solution is none other than the supercharged 6.2L V8 LT4 engine, which makes 668 horsepower and 659 pound-feet of torque in its newest form in the Cadillac CT5-V Blackwing. Dropping this beast in the Chevy and GMC full-size SUVs would easily give The General the performance lead over Ford. The only question now is whether The General will actually do so. 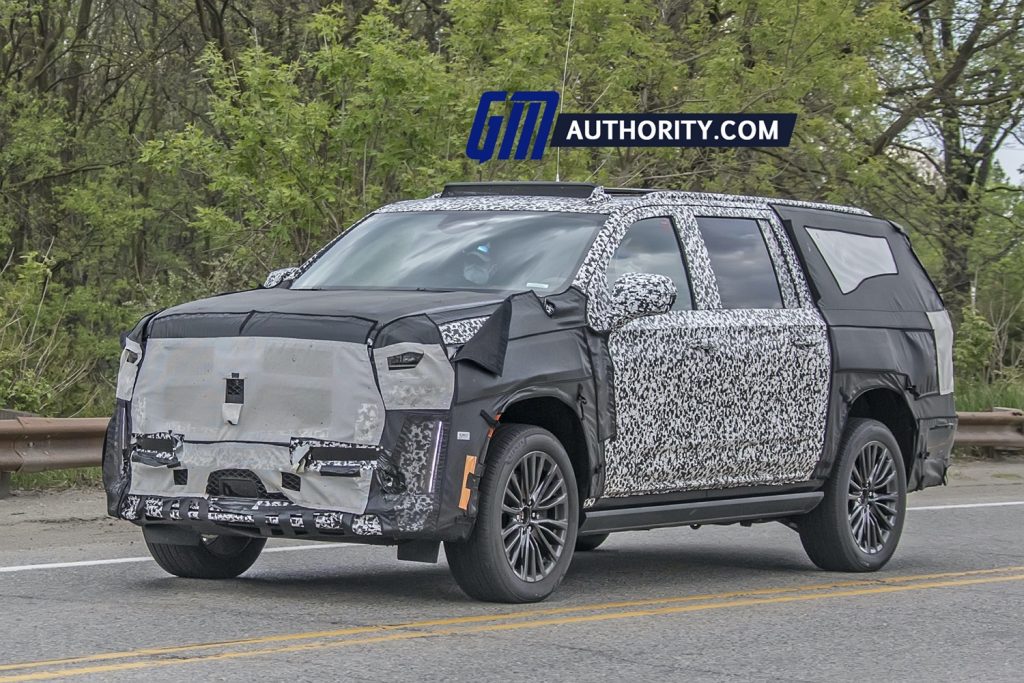 A prototype of the Cadillac Escalade-V testing in May 2021

As GM Authority reported over the past few years, The General is planning to introduce an LT4-powered version of the  fifth-generation Cadillac Escalade. Likely to be named Cadillac Escalade-V, prototypes of this truck were spotted undergoing testing earlier this year with menacing sounds emanating from their exhaust pipes. However, here’s where things get a bit disheartening.

Sources tell us that the Escalade-V is the only full-size GM SUV slated for LT4 power, at least as of this writing. In other words, The General currently isn’t planning on giving the Tahoe, Suburban, or Yukon/Yukon XL the supercharged V8. However, the 2022 Expedition Stealth Performance Package could potentially change that. After all, GM clawed its way to sales leadership status in the full-size SUV space by delivering a better product, instead of playing second fiddle to the Blue Oval. 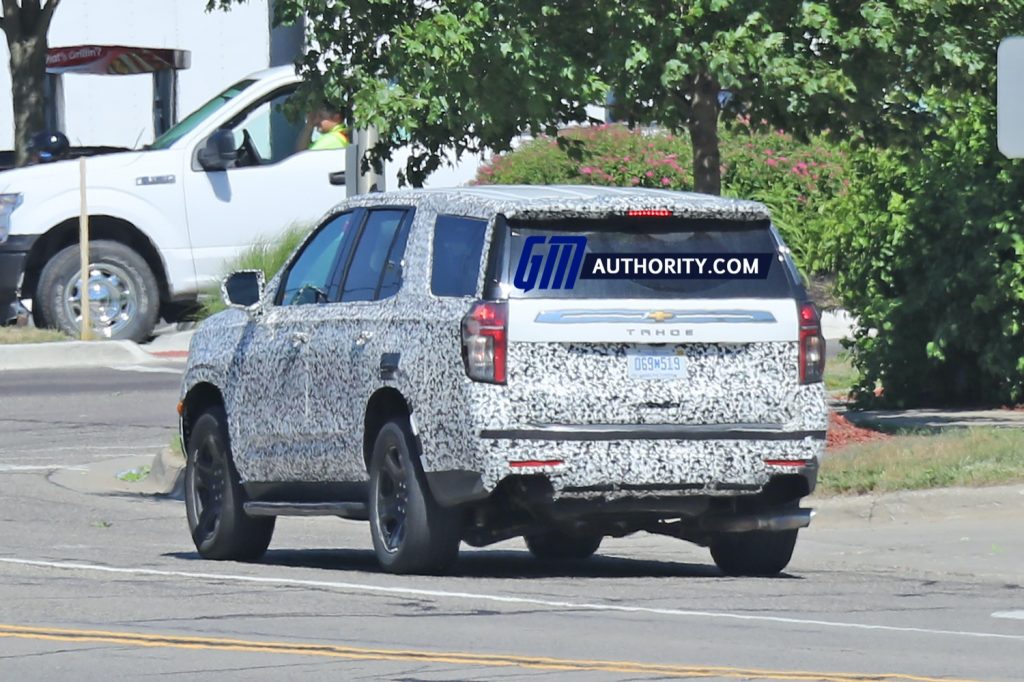 A small glimmer of hope that The General could be considering an LT4-powered Tahoe came earlier this year, when GM Authority spies caught what appears to be a Chevy Tahoe SS undergoing testing back in June. The prototype was equipped with a variety of components from the Police Pursuit Vehicle package to most likely take advantage of that model’s heavy-duty cooling system while sporting a Z71 front fascia. Most notably, this Tahoe prototype was so quick that it even outran our spy, who was driving the Chevy Camaro LT 1LE. Oh, and this Tahoe was loud. Very loud.

So as it currently stands, The General is not planning on offering a Tahoe SS or Suburban SS, but it should. Such models would make for a very appropriate swan song for the ICE-powered SUVs before the automaker shifts to an all-electric vehicle lineup over the next decade or two.

Since we mentioned GM’s sales leadership in the full-size mainstream SUV space, we might as well tell you the complete story. The Chevy Tahoe and Suburban outright dominate the mainstream full-size SUV space in terms of raw sales volume.

The GMC Yukon, which includes the regular-length Yukon and extended-length Yukon XL, accounted for 24 percent of the segment. By comparison, the Expedition – which includes the regular-length Expedition (a Tahoe/Yukon competitor) as well as the extended-length Expedition XL (a Suburban/Yukon XL competitor) – took 23 percent of the segment, a decrease of four percentage points. All other rivals (from Nissan, Toyota and Jeep) took the remaining seven percent).

The takeaway here is that GM SUVs control an astounding 70 percent of the mainstream full-size SUV segment, with Ford being the only competition, and barely that with a 23 percent share. So yes, it is high time for GM to supercharge its SUVs, especially given that the Camaro won’t need that LT4 much longer.

We’ll keep bringing you the latest on all things GM, so be sure to subscribe to GM Authority for the latest Chevy Tahoe news, Chevy Suburban news, GMC Yukon news, and obsessively-updated GM news coverage.