The GM Design team has released a classic concept drawing from 1964 depicting a sleek Pontiac design study. The concept was penned by Dick Ruzzin, and leans heavily on the old-school cool.

For those readers who may not know, Dick Ruzzin worked as a designer at General Motors for four decades, influencing a wide variety of GM products at a time when The General was the world’s automotive leader, including in the field of design.

Ruzzin graduated from Michigan State University in 1959 and joined ranks with Fisher Body, which provided body assemblies for General Motors. There, he served in the Trim and Hardware department before launching his career at General Motors as a junior designer with Oldsmobile.

Ruzzin would go on to work at each of GM’s domestic brands (with the exception of GMC) as well as The General’s overseas brands, including Bitter, GM do Brasil, Opel, Holden, and Vauxhall. 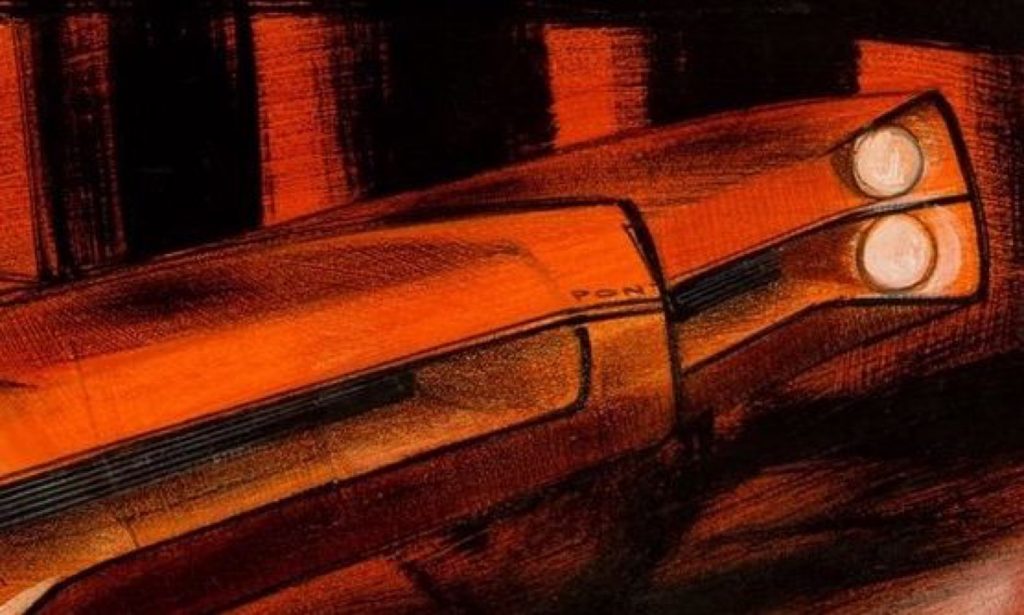 This Pontiac sketch, however, takes things back a bit further. Dated December 16th, 1964, the sketch does not specify which Pontiac model this is supposed to represent, but the Grand Prix is a pretty good guess. The front end features a low, wide fascia, with a pair of vertically stacked headlights per side and angled wedge up front dividing the two slim air intakes. The Pontiac badge is visible on the upper portion of the front wedge.

The front wedge continues rearwards into the hoodline, while the fender treatment brackets the quad headlights with large C-shaped sheet metal. It’s a bit unclear, but it also looks like the wheels use a mesh wire design, while a prominent side line reaches along the flanks of the machine.

Per the GM Design post, the sketch was done with charcoal on Canson paper, and was pulled from the automaker’s archives.