The eighth-generation Chevy Corvette C8 introduces a revolutionary new mid-engine design for the iconic performance nameplate, launching a new era for enthusiasts. Naturally, the C8 Corvette also introduces a new era for speed freaks looking to tune the latest Bow Tie superstar for even more power. FuelTech is at the forefront in this space, tweaking the new Vette to charge down the quarter mile in less than 9 seconds. 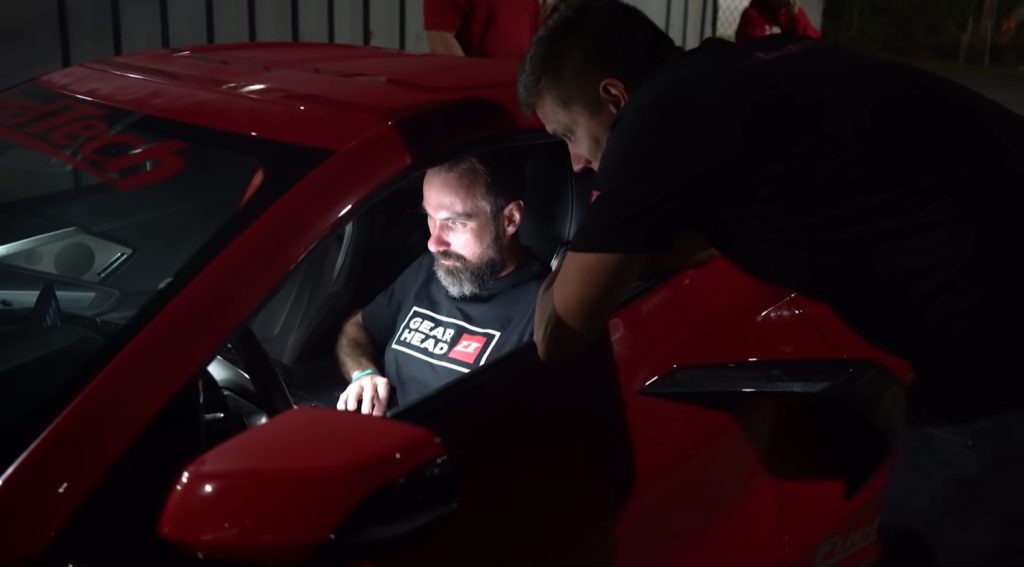 As we can see in the following 5-minute video, FuelTech is walking the walk with a run of 8.973 at 160 mph. Making that insane quarter-mile time a reality is a long list of upgrades, starting with a double heaping of boost courtesy of two Garrett G35-900 turbochargers, which pump the 6.2L V8 LT2 engine with enough boost to produce a head-spinning 1,350 horsepower at the rear wheels. The internals were beefed-up with forged Diamond Pistons and Wiseco Boostline connecting rods.

Supporting mods include FuelTech’s FT600 fuel management system, which works in conjunction with the factory PCM to control things like fuel, spark, and power management as needed. There’s also some nitrous in play here, with a Nitrous Outlet system providing not only extra chemical enhancement, but also cooler intake temps, the latter of which are particularly important for this high-boost setup. 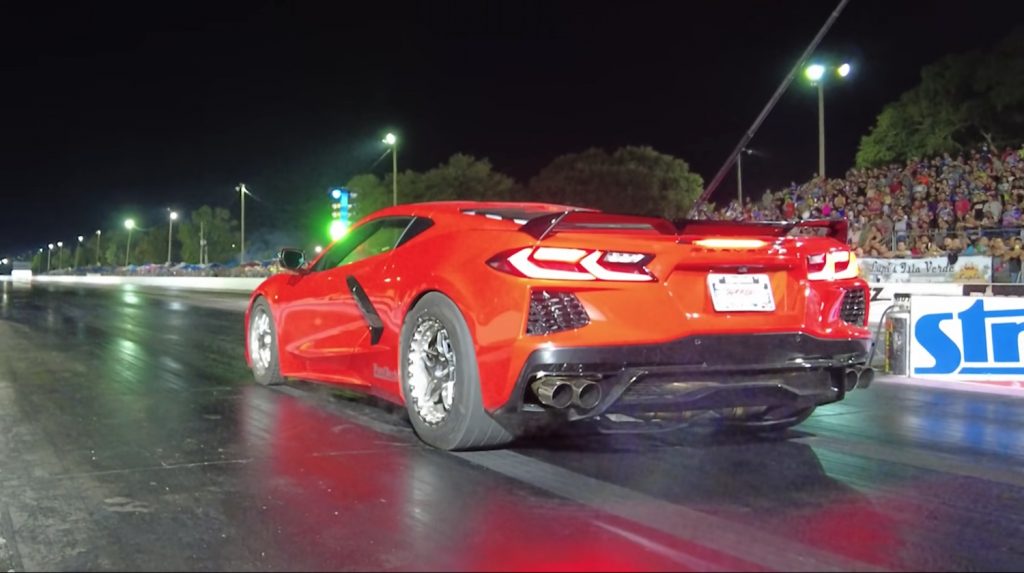 The transmission was also substantially fortified to handle all the extra grip produced by the 305/45R18 Mickey Thompson ET Street R drag radials mounted in the rear.

Indeed, FuelTech’s journey to an 8-second pass with the C8 Corvette has been a long one. Interestingly, the FuelTech crew has had a friendly rivalry with YouTube star and performance driver Emelia Hartford, who has been breaking records with her own tuned C8 Corvette. Clearly, though, the gauntlet has been thrown, and FuelTech is looking impressive with this latest 8.973 at 160 mph. The question is – when will the record be broken again?