Former U.S. President Donald Trump announced Wednesday night that his team will launch a new social networking app called Truth Social, which will serve as a platform for individuals with “varied opinions” to band together “to have an amazing time and share their viewpoints of the world.” Soon after Wednesday night’s announcement, General Motors was unexpectedly pulled into the fray, with promotional photos for Truth Social showing a fake Chevy Trucks account on the app.

The promo photos, which were featured in the ‘iPhone Screenshots’ section of the social network’s Apple App Store page, show a fake ‘@ChevyTrucks’ account on the app, along with a message reading: “We’re going electric just like @elon and we’d love to know what vehicle you think we should with… our favorite is the classic Chevy Tahoe. Share & comment!” 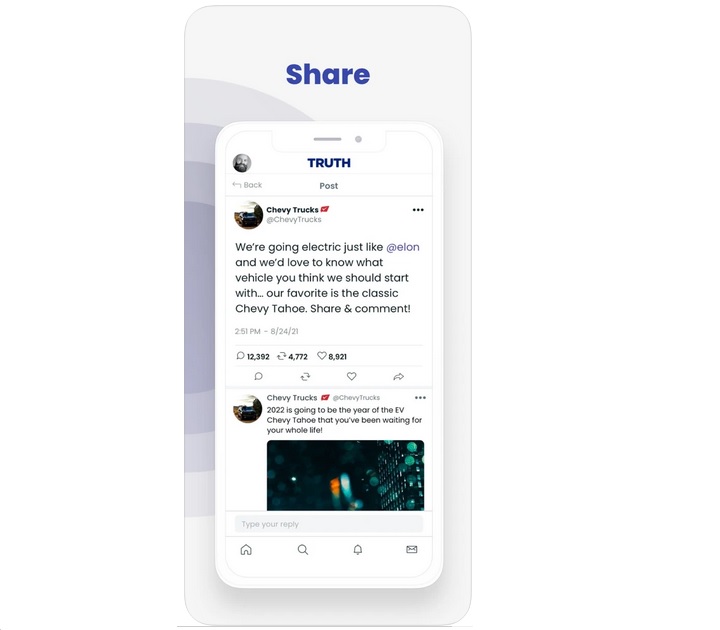 Another screenshot from the same fake @ChevyTrucks account has a slightly stranger message, reading: “The Chevy Avalanche is the mullet of trucks, but it sure is fun at a party.” 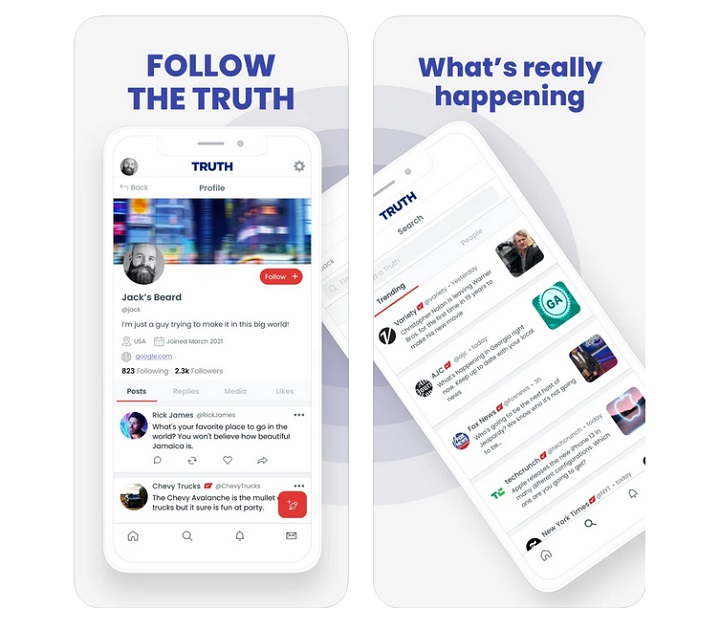 The Washington Post reached out to GM for comment on the Chevy Trucks screenshot shortly after Truth Social went live in the App Store, with a spokesperson confirming the company has “no affiliation with this platform.”

According to The Washington Post, reps from Truth Social said the app would be in a beta testing phase for the next few weeks before undergoing a full-scale launch in the first quarter of 2022. Some users were soon able to access an unreleased version of the app via the web, however, and registered accounts under the names of “realdonaldtrump,” and “mikepence.” The beta version of the app was later pulled from the web after the lax security protocols were revealed.