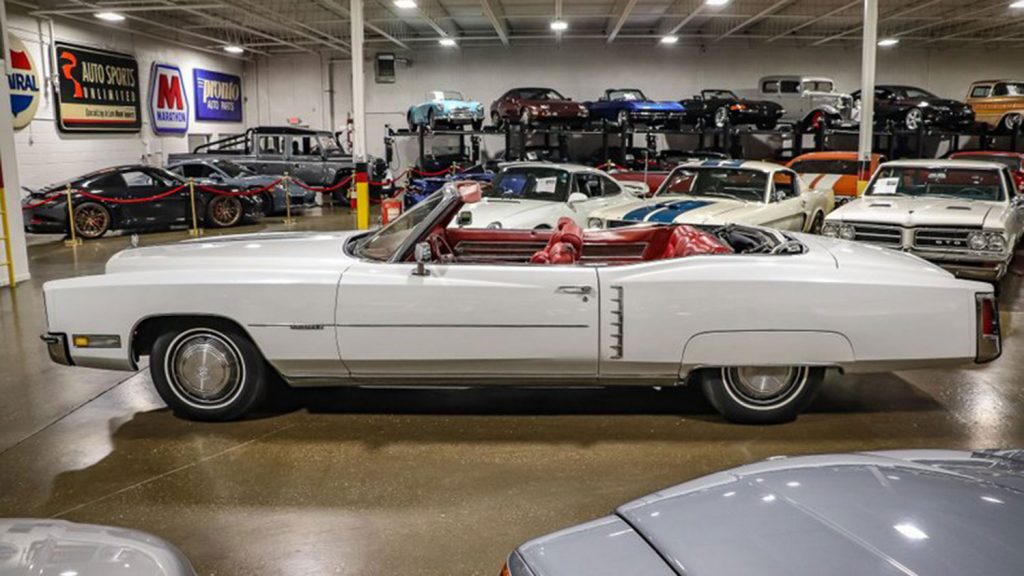 The 1972 Eldorado was powered by the titanic 500 cubic-inch V8 that produced 235 net horsepower, 385 pound-feet of torque, and drove the front wheels by way of a three-speed automatic transmission. The Eldorado managed to get to sixty miles per hour in 10.9 seconds, and glide through the quarter mile in 17.6 ticks at 79.8 miles per hour, which was pretty fair in a car nearly nineteen feet long and north of five thousand pounds wet. Gas mileage was said to have been around 14 mpg. 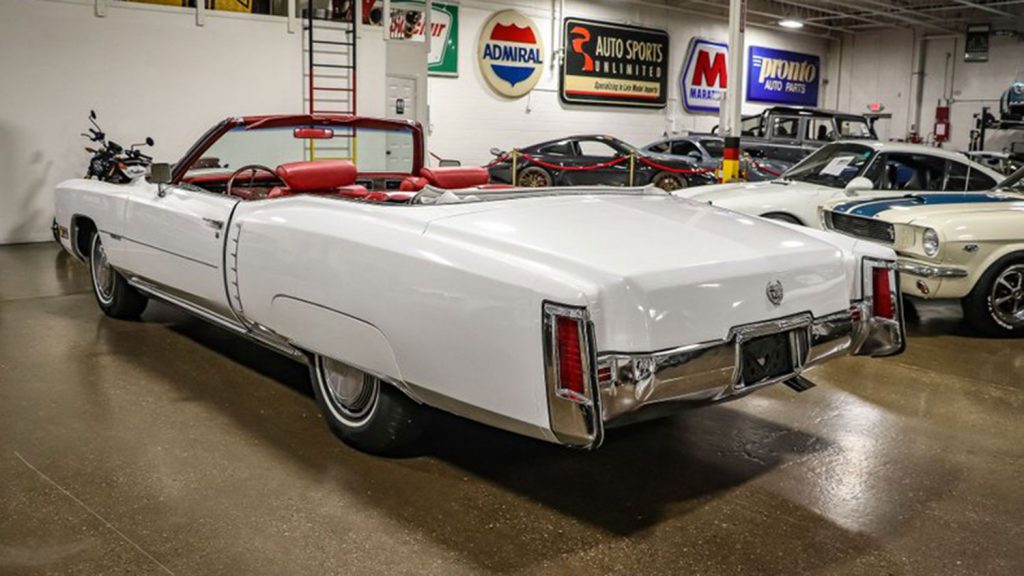 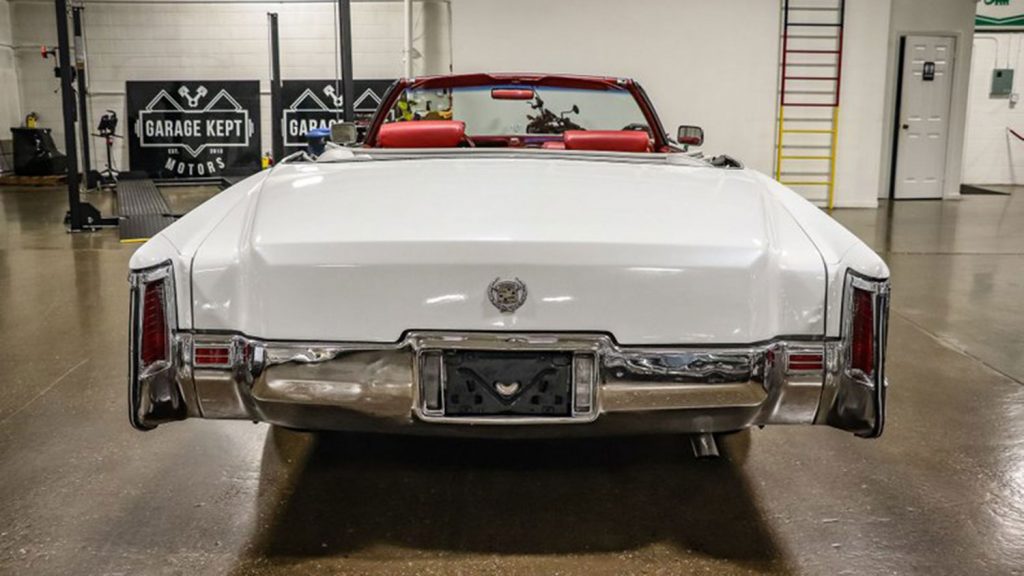 Automatic Level Control was available on the 1972 Cadillac Eldorado. It was a pneumatic system that would alter the ride height of the car depending upon cargo and passenger weight. A control valve would detect the change in distance between the axle and body, and after a time delay of four to eighteen seconds, inflate the shock absorbers to the original height. 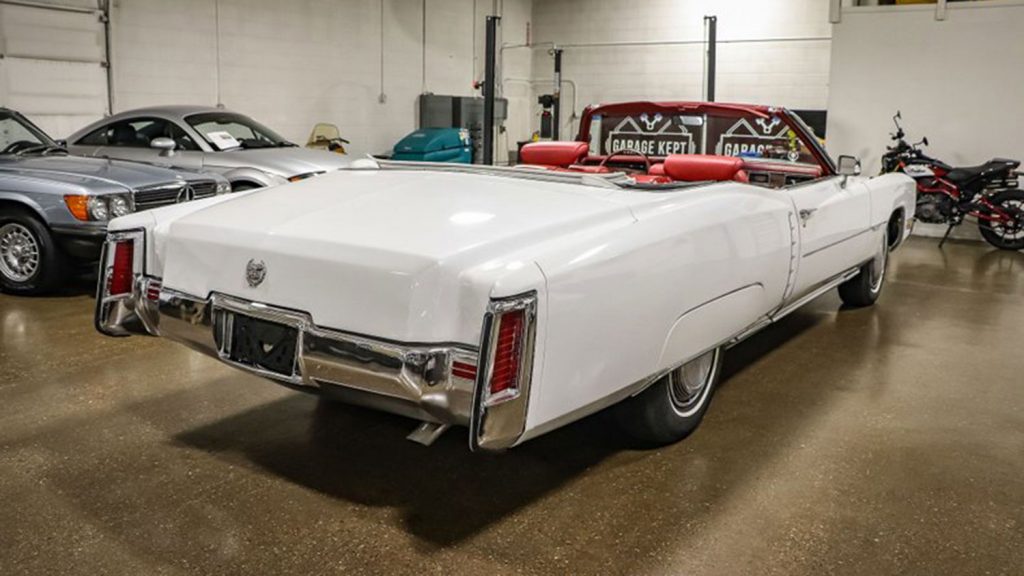 Another available option that made it to few 1972 Eldorados was the Track Master rear-wheel skid-control braking system, an early rudimentary ABS that would pump the rear drum brakes four times per second in a skid. 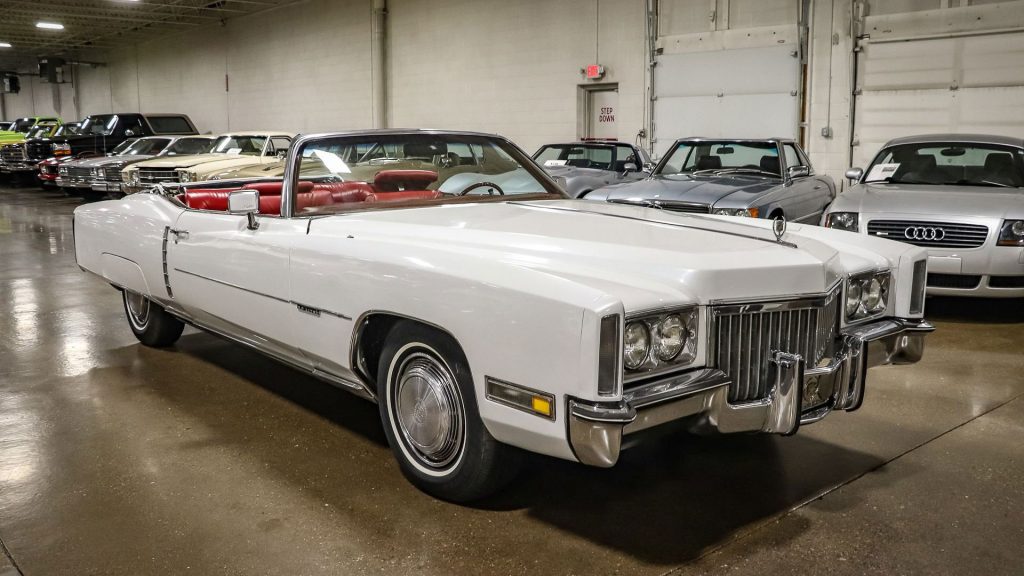 Our feature 1972 Cadillac Eldorado convertible is finished in Cotillion White over Oxblood leather with a white vinyl convertible top. This is a massive car, more than a foot-and-a-half longer than a first-generation Cadillac Escalade, with what seems like acres of sheet metal. The Cotillion White finish still shows plenty of shine (no word on if it has been repainted, but it seems likely). The chrome bumpers, modified for the 1972 model year to meet Federal impact standards, are still brilliant. Stainless trim also presents quite well. Steel wheels wear full Caddy wheel covers and thin-stripe whitewall tires. The white vinyl top appears taut, colorfast, and has a clear plastic rear window. The Cadillac crest and wreath ornament still rides proudly at the hood’s leading edge. 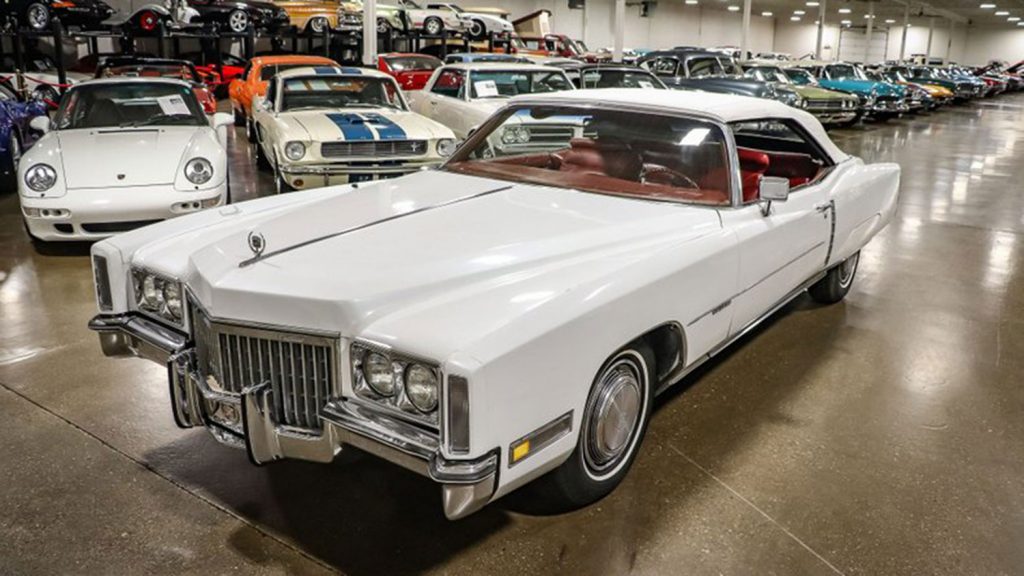 Inside the Cadillac Eldorado are yards of deep red Oxblood leather. The Dual Comfort front bench seat appears to have been recovered at some point. The back seat has worn well, with some light creasing present. Plush, deep red carpet looks recent, with no wear of note. The Eldo’s floor is nearly flat, as front-wheel drive virtually eliminates the need for a transmission tunnel. The wide dash is free of cracks. A JVC cassette player has taken the place of the factory head unit, but wears the original’s Caddy knobs. 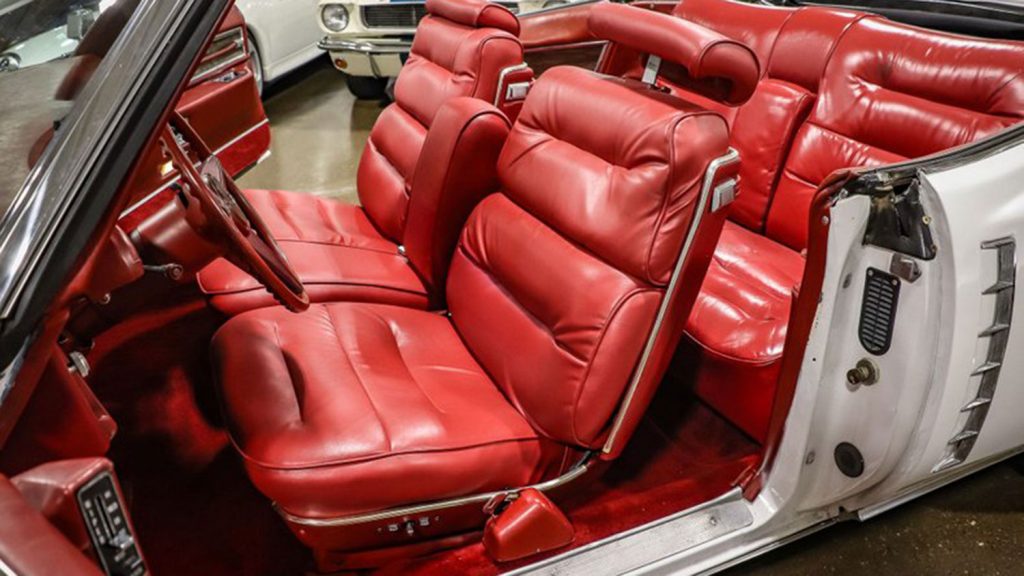 Beneath the Cadillac Eldorado’s colossal hood, the 500 cubic-inch V8 lurks. A three-speed automatic transmission moves power to the front wheels. The engine bay is reasonably clean, but several of the hoses have been discolored from age or exposure. Most of the componentry appears as it should be. 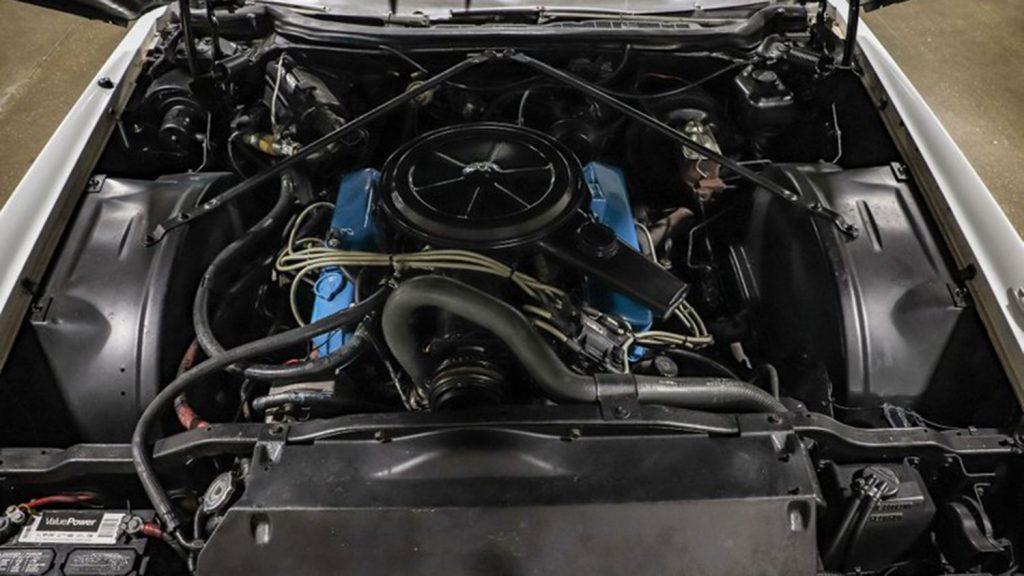 This Cadillac Eldorado rag top is for sale at Garage Kept Motors for $24,900. 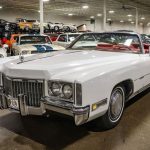 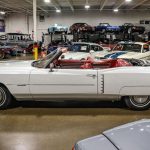 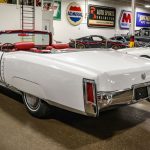 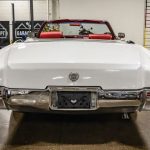 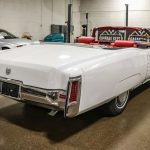 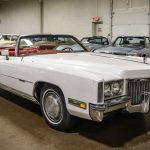 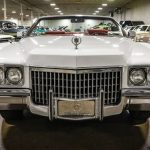 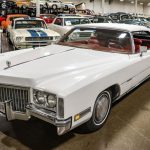 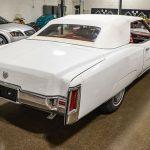 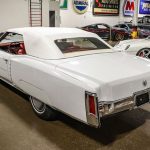 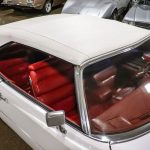 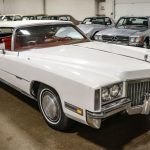 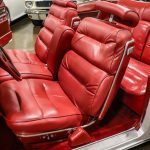 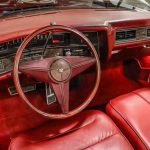 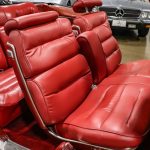 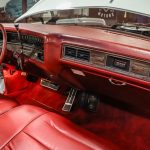 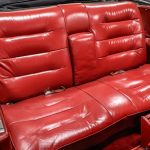 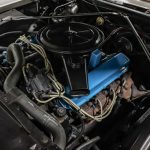 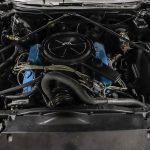 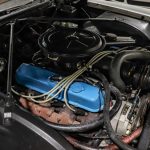