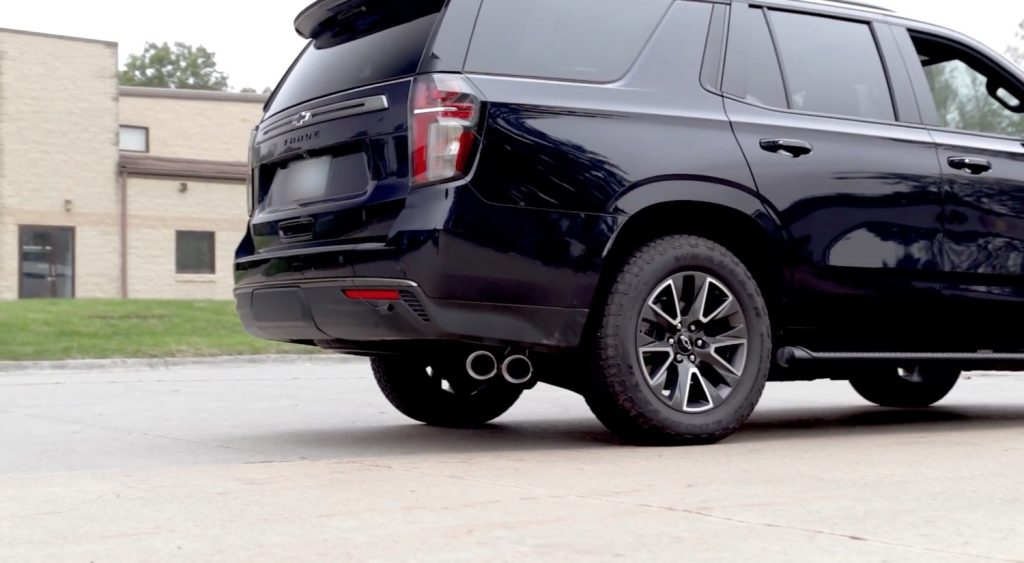 To note, the 5.3L V8 L84 is rated at 355 horsepower at 5,600 rpm and 383 pound-feet of torque right out of the box, connecting to the GM 10-speed automatic transmission when cradled by the latest full-size GM SUVs.

According to Corsa, the new cat-back exhaust system eliminates the stock flow-operated valves to unlock additional power and torque, with a claimed 20 percent increase for both output metrics, as well as improved fuel economy.

In addition, the new exhaust provides a louder, more-aggressive exhaust note, as demonstrated in the feature video below. During the video, we hear the new exhaust on startup and idle, as well as under hard acceleration. 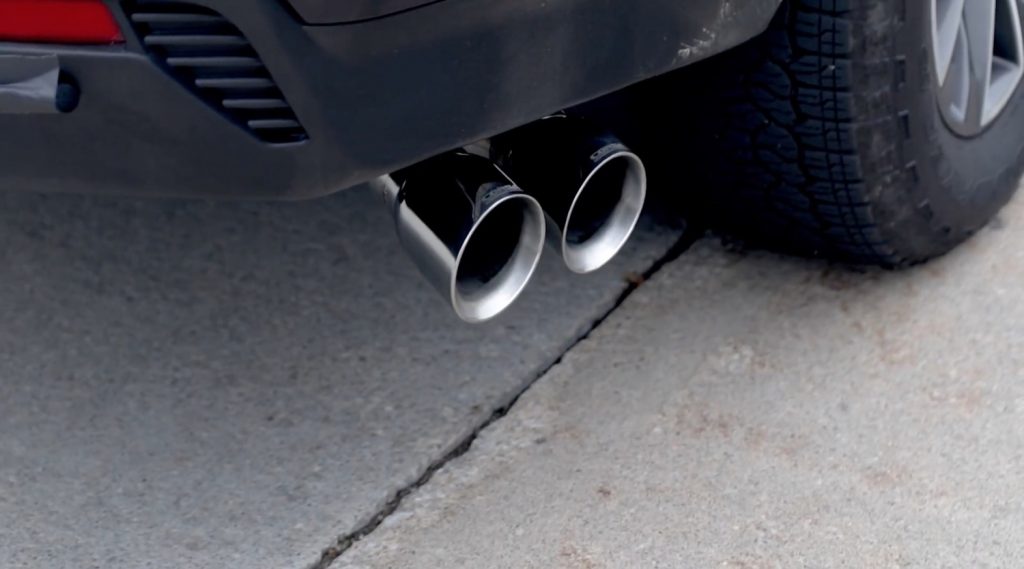 Corsa also says that the cat-back system incorporates its “No Drone Exhaust Technology” to prevent any annoying reverberations through the cabin while cruising. The system is made from 304 stainless steel construction, and a straight-through muffler design with 3-inch piping. A variety of exhaust tips and exit configurations are available for an extra splash of customization for those who want it. The model in this particular video (Chevy Tahoe Z71) features dual tips that exit to the side behind the passenger-side rear tire.