The 2021 Chevy Trailblazer turned at a rate that’s 464 percent of stock in September 2021, GM Authority has learned from sources familiar with GM’s sales performance. That results in a 12.2 percent segment share during the same month, representing the subcompact crossover’s best share month since launch.

With a sales rate that is nearly five times supply, GM has understandably had trouble keeping up with demand.

For the 2021 model year, GM resurrected the Chevy Trailblazer nameplate as an all-new subcompact (B-segment) five-door crossover that slots between the (older yet similarly subcompact) Chevy Trax and compact Chevy Equinox in the Bow Tie’s utility vehicle portfolio. Soon after its debut to represent the third generation of the nameplate, the Trailblazer immediately showed substantial sales prowess, especially the sporty-looking RS trim, which has exceeded all expectations.

Like Chevy’s crossover line, the Trailblazer RS features a bold front and rear fascias inspired by sports cars, along with intricate surface development through the vehicle. 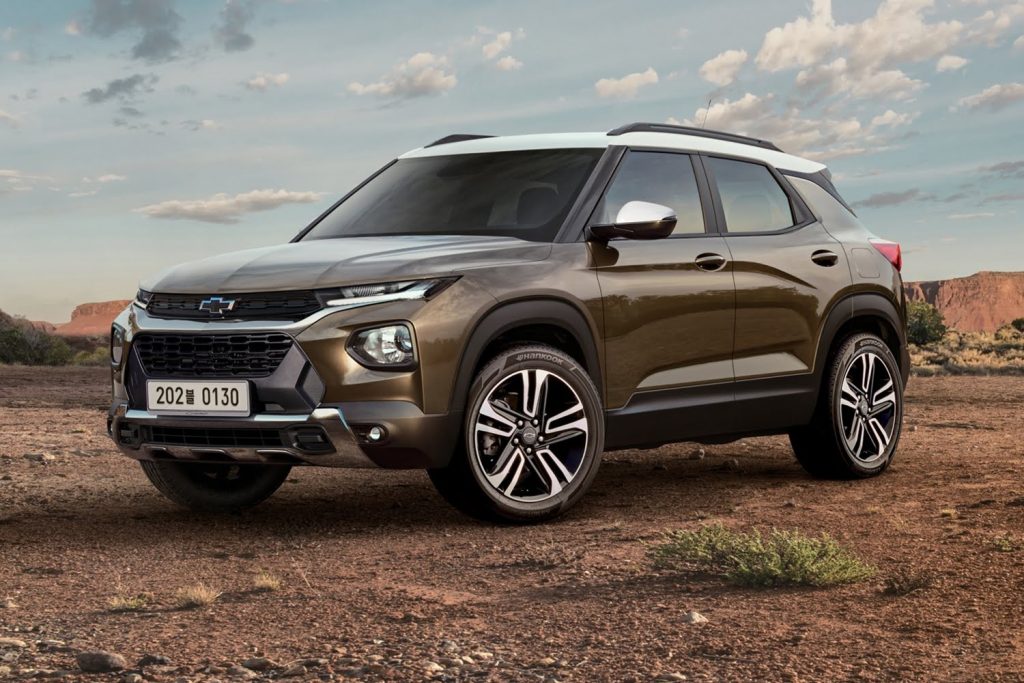 The Chevy Trailblazer RS sits alongside the Activ trim at the top of the 2021 Trailblazer trim level lineup and features a unique dual exhaust setup (when compared to the Activ), LED tail lamps, a leather-wrapped shift knob, a flat-bottom leather-wrapped steering wheel, 18-inch black machined wheels, a black bowtie with black badging, a black mesh grille, and an expressive two-tone roof.

The Trailblazer offers two engine options, with the turbocharged 1.2L I3 LIH gasoline engine as the base powerplant and the 1.3L I3 L3T gasoline motor as the higher-end motor.

The sky-high demand for the new Chevy Trailblazer can be seen in the model’s sales figures. During Q3 of 2020, the Trailblazer placed 14th out of 19 models in the U.S. mainstream subcompact crossovers sales charts. Now, in Q3 2021 (which includes September), the crossover leaped to second place with a 10 percent segment share, behind the first-place Honda HR-V, which had a 15 percent share. Year-to-date, Chevy has sold three-fourths as many Trailblazers as the HR-V. 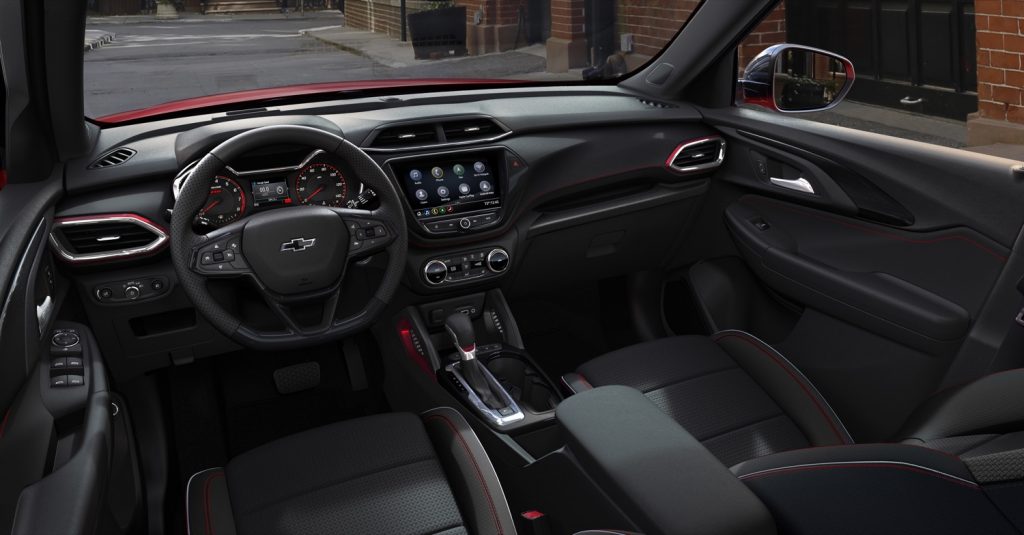 After decreased output and even fully idled assembly operations as a result of the ongoing global semiconductor chip shortage, production Chevy Trailblazer and its sister model, the Buick Encore GX, are back at full capacity at the GM Bupyeong plant in South Korea, which produces both models for North America.

When launching the new Chevy Trailblazer, GM hoped the sporty little crossover would provide a “uniquely youthful, yet functional alternative” to the fast-growing small SUV segment. Mission accomplished, as GM clearly has a winner on its hands and needs to build as many of them as it can, and fast.