The driver of a seventh-generation Chevy Malibu was taken into custody this week after he led police on a high-speed chase before crashing heavily and attempting to flee on foot.

According to local Fox News affiliate FOX4, police attempted to stop the male driver of the Chevy Malibu in Dallas’ Red Bird neighborhood before he took off speeding down I-20 East. Dallas police typically don’t chase a suspect on the ground if they reach excessive speeds, so they instead decided to track the speeding Chevy sedan from the sky using a helicopter. 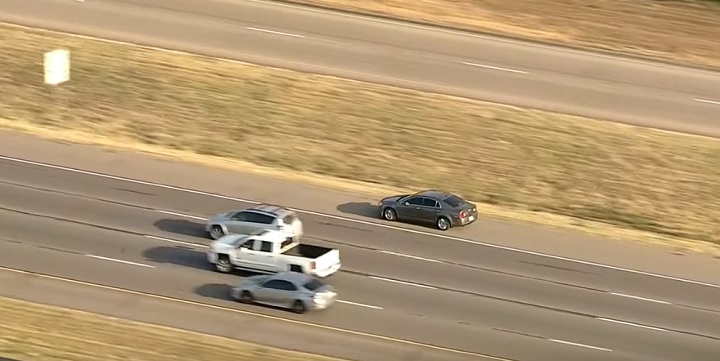 The helicopter footage shows the Chevy Malibu speeding down the highway as the driver weaves in and out of traffic and drives on the shoulder of the road. The driver eventually clips a section of grass with his right-side tires, causing him to lose control and crash into the back of an innocent motorist’s Honda Accord. The suspect then gets out of the car and attempts to flee on foot, running down the shoulder of the highway until he happens upon a warehouse/shipping company, which he then enters to attempt to hide in. Police were hot on his tail at this point, however, and proceeded to take him into custody without further incident. 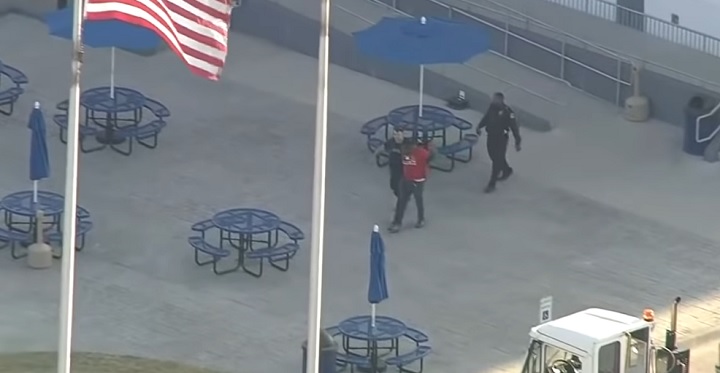 The Honda Accord driver, Gurienderpal Ghag, was thankfully unhurt and joked to police that he was at least happy to help catch the suspect.

“I literally just left work, didn’t even make it 30-40 feet,” he told FOX4. “I see a car in my rear-view coming full speed hit me so fast all I had time to do was look at it and then get hit.”

“Made me feel better about myself, feel like I did that good deed for the day,” he said with a laugh. 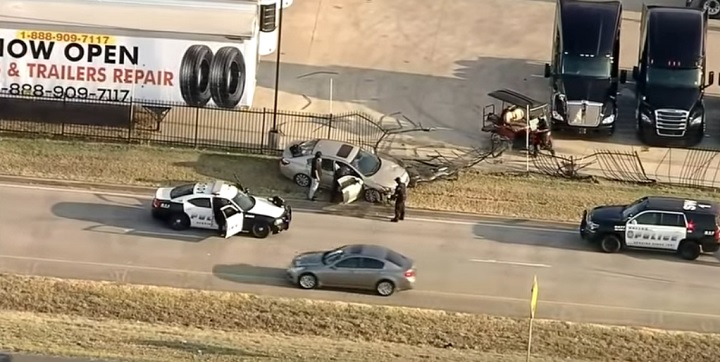 Police did not release the suspect’s name and have not provided additional details about the murder he is believed to be connected to.

Check out the video of the high-speed chase embedded below.