Vauxhall was the General Motors U.K. brand from 1925 to 2017. In this series we are looking at one model in the magnificent Vauxhall Heritage Collection representing each decade of the GM era. Our choice for the 2010s is the Vauxhall Vivaro.

The story of Vauxhall’s commercial vehicle operations began before the UK brand was bought by General Motors. By the time of the 1925 acquisition, GM was already assembling Chevrolet trucks in Britain from parts shipped across the Atlantic. After the purchase, building these vehicles became part of Vauxhall’s responsibility.

The Chevrolet name, which has never had much resonance in the UK, was soon dropped, and was replaced by Bedford. For readers unfamiliar with the geography of southern England, Bedford is the county town (approximately equivalent to a U.S. state capital, but on a much smaller scale) of Bedfordshire. For the whole of its GM era, Vauxhall was based in Luton, which is also in Bedfordshire, and only around 20 miles south of Bedford itself. 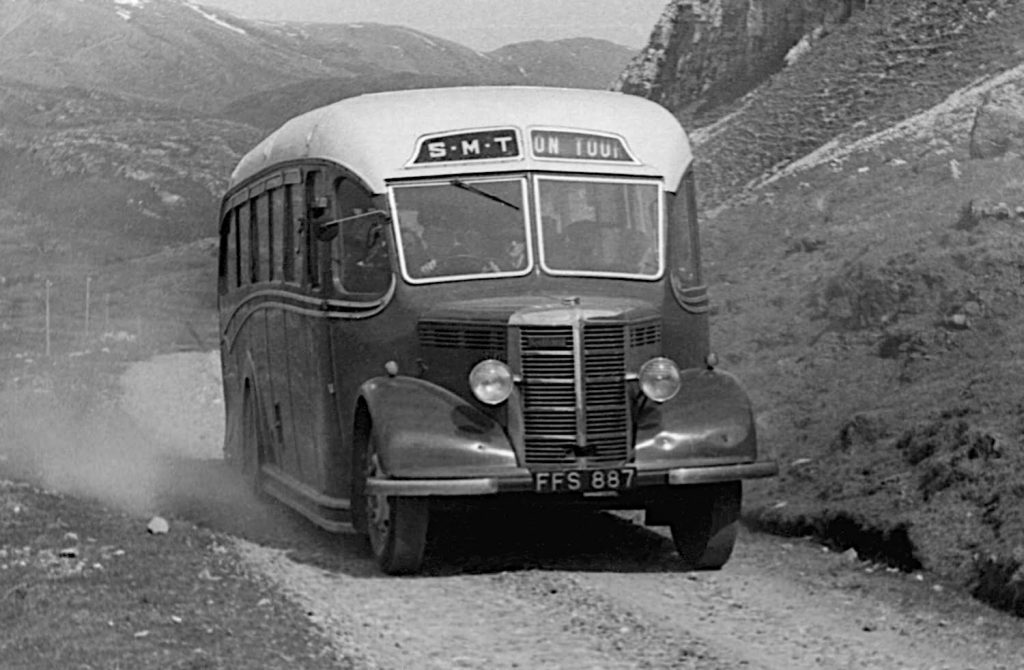 For several decades, it was almost impossible to grow up in the UK without seeing a Bedford vehicle on an almost daily basis. However, by the mid 1980s, Bedford was no longer producing its own models, and the name survived for a few more years only as a badge on light commercials. These were based on Vauxhall cars, which in turn were rebadged Opels. Eventually, the Bedford name was completely abandoned.

Nevertheless, Vauxhall continued to manufacture commercial vehicles. One of these is the most recently-built model ever to be featured in the Heritage Collection – and one of the few which is not a car, despite the title of this series. 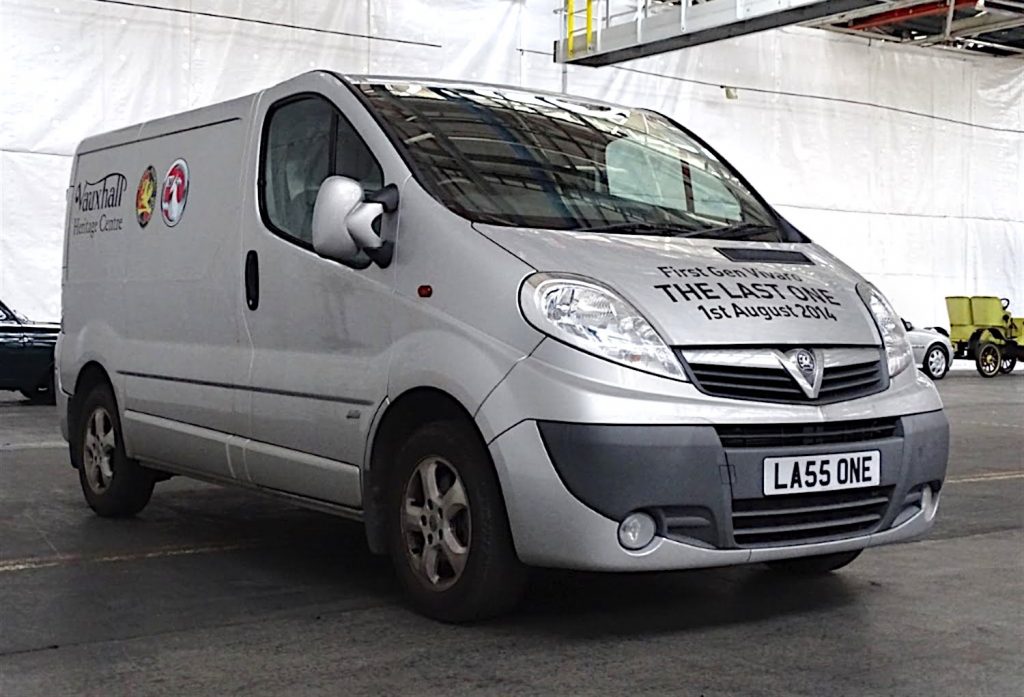 As its LA55 ONE license plate attempts to convey, it is the final example of a first-generation Vauxhall Vivaro, a vehicle described in the UK as a van. It was built on August 1st, 2014 – 13 years after production began in 2001.

The Vauxhall Vivaro was built in Luton, but Vauxhall had very little to do with the vehicle otherwise. In fact, the Vivaro was developed by French manufacturer Renault, which marketed it as the Trafic (a name it had first used back in 1980). Renault’s alliance partner, Nissan, sold the same vehicle as the Primastar, and built several examples at its factory in Barcelona, Spain. Following GM Europe’s normal practice of the time, the model was badged as an Opel in European countries other than the UK, where it was branded as Vauxhall. 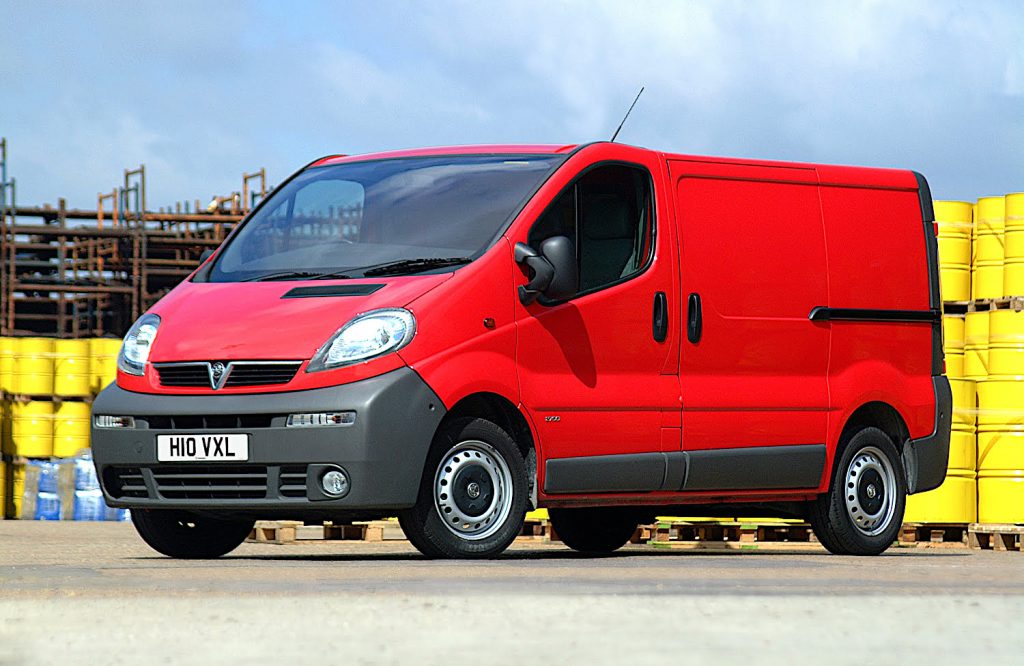 Whatever it was called, the first-gen Vivaro was very well received. It was named 2002 International Van of the Year, an award open to commercials sold in Europe. Four years later, a mid-cycle enhancement (MCE) included a revised exterior and a new range of engines.

In September of 2010, Opel displayed a prototype called the e-Concept. It was driven by an electric motor, but there was an ICE motor onboard too. Today’s Vivaro-e is fully electric, and does not require an ICE range extender. 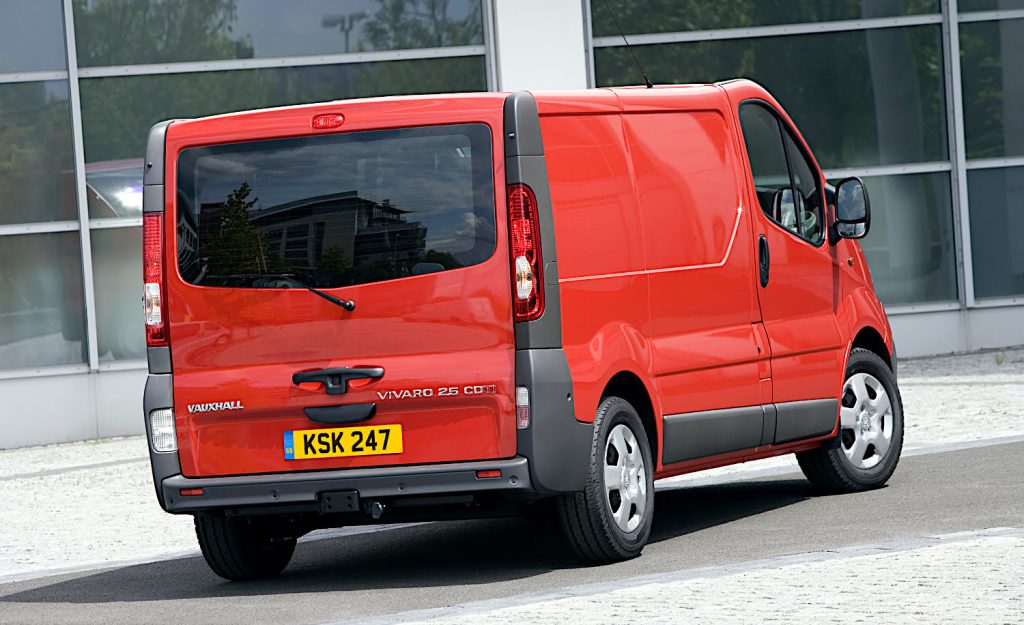 A new Vauxhall Vivaro was introduced in 2014, but the partnership with Renault became unviable when GM sold Opel-Vauxhall to Groupe PSA, Renault’s direct rival. PSA’s brands were Citroen, DS and Peugeot, and the conglomerate has since become part of Stellantis. The second-generation Vivaro was replaced in the UK in July of 2019 by a new, Citroen-based version, which has no technical connection with any GM product.