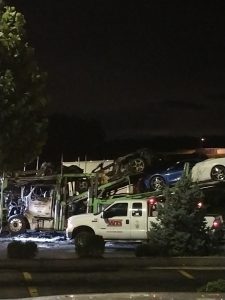 Reports indicate that the blaze occurred just outside Nashville, roughly 30 minutes from the Chevy Corvette factory in Bowling Green, Kentucky, the evening of Tuesday, October 5th. According to Road & Track, the driver had apparently pulled into a Love’s truck stop to investigate an unspecified issue shortly after loading up the haul of brand-new C8 Corvette models. That’s when the fire started. It’s unknown at this time exactly what caused the fire in the first place, but looking over photos, it appears that only a few of the models were affected.

Luckily, no one was hurt in the blaze, including the driver. Chevrolet is now investigating the incident, and says it will contact affected dealers and customers. 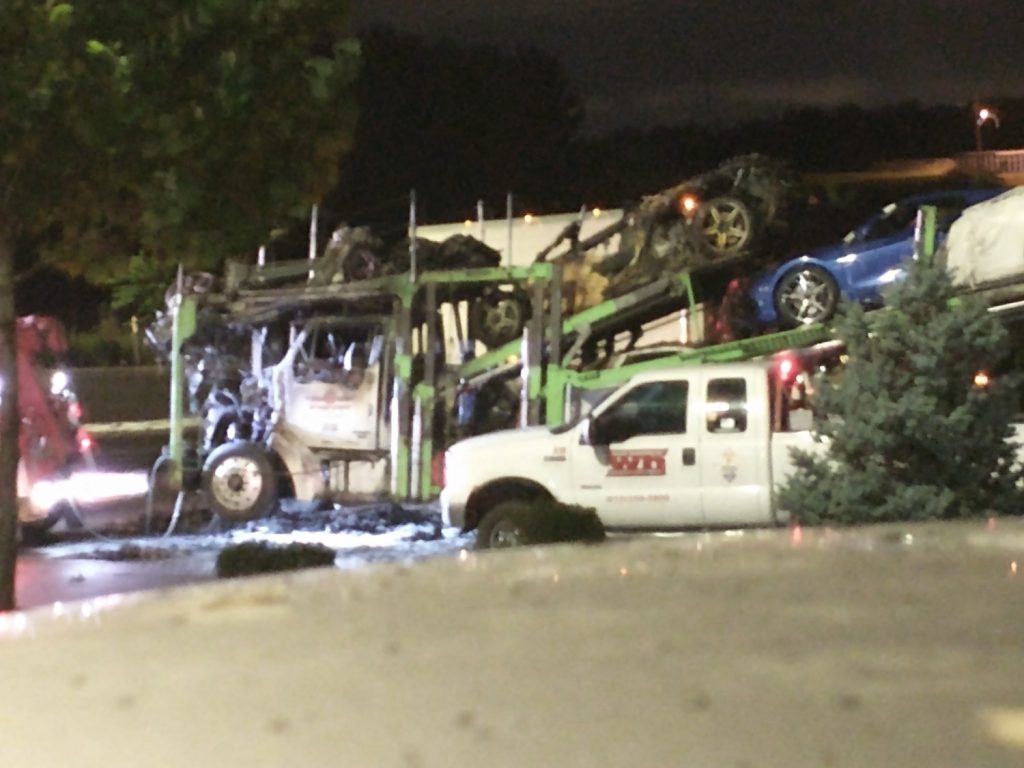 The C8 Corvette fire was caught on video by Facebook user Josephh Evans, who posted the video to social media. The fire is massive, stretching high into the night sky as the C8 Corvette models get roasted into smoldering hunks of metal. At one point in the video, a small explosion can be heard, sounding like gunshot.

“And I think I’ll get back,” Evans says in response. Probably a smart move. Check out the full video below:

As GM Authority has covered several times in the past, demand for the C8 Corvette is outpacing supply by a considerable margin. In an interview back in June, Chevrolet director of car and crossover marketing Tony Johnson said that the automaker was “not even close” to keeping up with demand, adding that “[Chevy has] more orders than [it] can handle.”

Now, unfortunately, it appears as though a handful of C8 Corvette customers will have to wait a little longer for their new mid-engine sports car.