The Aero Warriors of the late ‘60s and early ‘70s were automakers’ shot at selling the muscle-bound, aero-enhanced performance machines that raced in NASCAR back to the go-fast-minded public. Some of the standouts from the era include the 1969 Ford Torino Talladega, the 1969 Mercury Cyclone Spoiler II, and Dodge Charger Daytona. But what if the Chevelle SS had an Aero Warrior iteration? What would that look like? 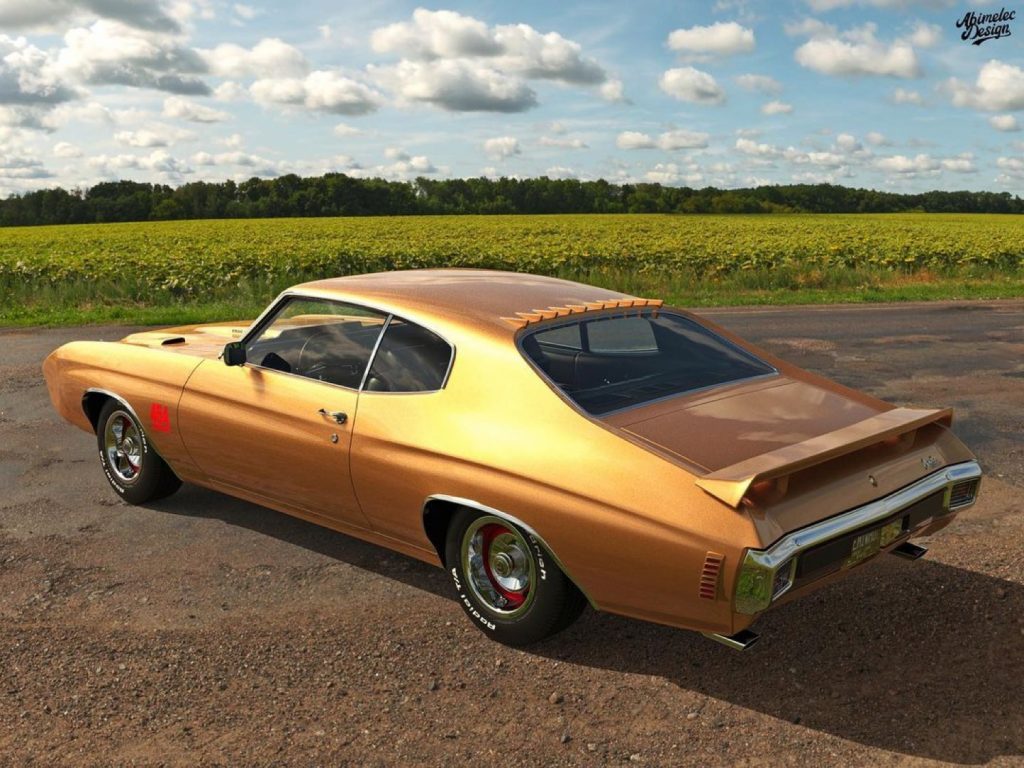 To answer that question, digital automotive artist Abimelec Arellano from Instagram (@abimelecdesign) went to work putting together this 1970 Chevelle SS Rockingham, using inspiration from the original Aero Warriors to create this answer the above “what if.”

Drawing its name from Rockingham Speedway, a racetrack in Richmond County, North Carolina, this concept Chevelle SS Rockingham is equipped with a revised front end that is designed to cut through the atmosphere at speed, directing the air around the vehicle and upping top speed. 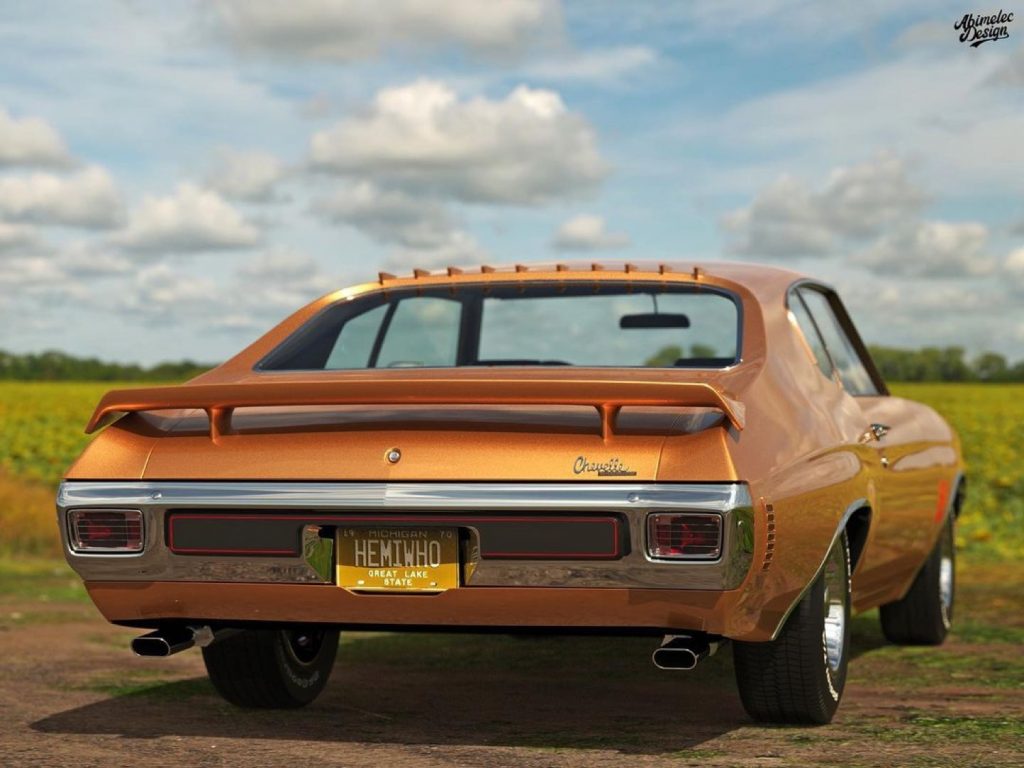 The rear end of the concept is equipped with a Buick GSX rear spoiler, while up top, there is a series of roof-mounted vortex generators. This latter bit is a more modern touch, but works well with the aerodynamic focus of the concept.

As for the power spec, the artist says that this concept would fit best with the LS6 454 V8 under the hood. From the factory, the 454 was rated at 450 horsepower, which is already a rather substantial output figure, all things considered. 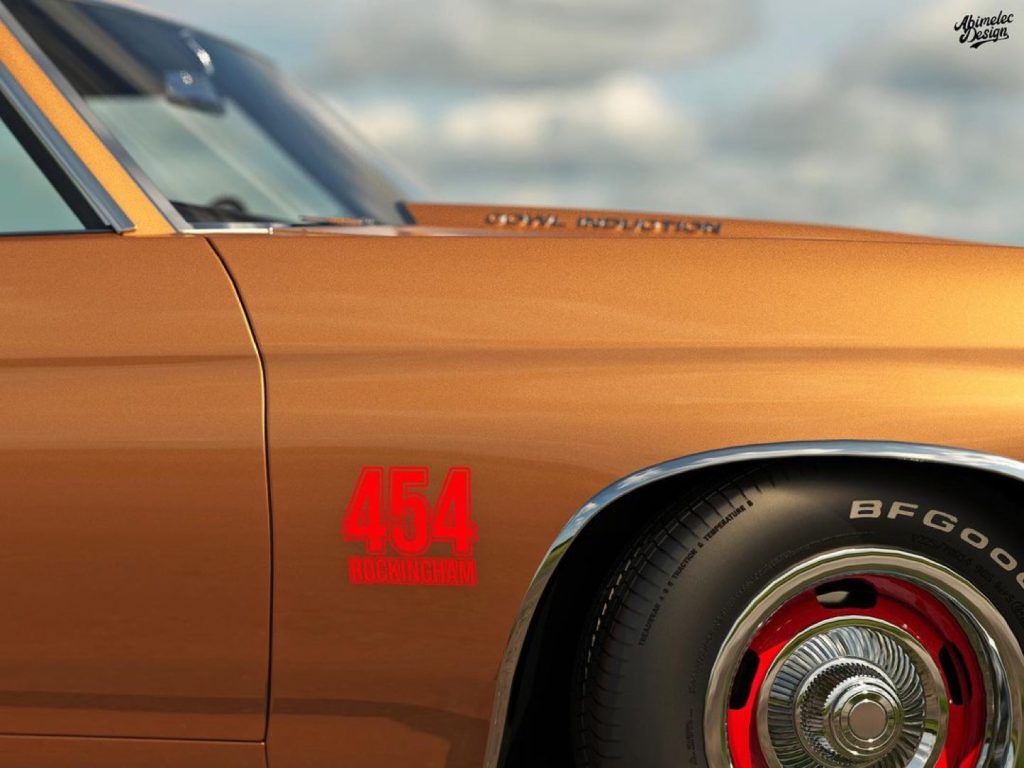 “The Chryslers were definitely the more extreme cars, I don’t think Chevy would’ve gone all the way with a huge wing and larger cone like the Daytonas and Superbirds, as the Chevelle was already a massive car,” the artists states.

In addition to giving us a mock-up advertisement for this 1970 Chevelle Aero Warrior, the artist also imagines the car from a variety of different angles, as well as several different paint colors to give it a dash of custom flavor. Check out all the slick rendering images below: