Chevrolet recently asked five North American artists from a variety of disciplines to create an all-original piece inspired by the C8 Corvette Stingray for its internal Find New Roads lifestyle magazine. Among these artists was Cancún, Mexico-based photographer Felix Hernandez, who created a beautiful series of photographs, along with a short cinematic video, using a 1:18 scale model of a C8 Corvette Stingray and a 24mm probe lens.

To create the photos and accompanying video, Hernandez used a miniature treadmill with painted lines designed to look like an airport runway. He then put the scale C8 Corvette Stingray model on the treadmill and shot the video using a probe lens designed for creating macro images and video at very close range. He also used a fog machine to make it look like the vehicle was driving during a foggy night, while a small handheld light wand with red LEDs helped him replicate the look of the vehicle’s taillights.

“I really enjoyed working on this project,” said Hernandez, who is known in his native Mexico for building miniatures and lighting them to create unique fantasy-like worlds. “I had plenty of liberty to create and experiment with new things I had never done before. And even better, I was able to do it using a motorsports icon like the Corvette!” 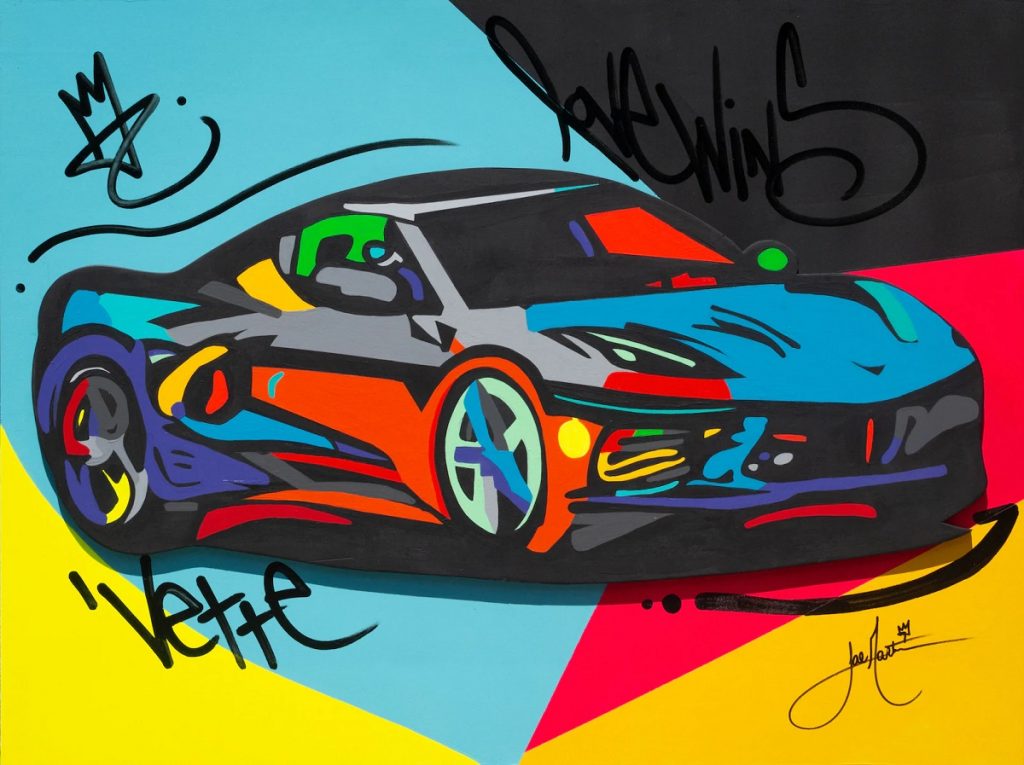 Other artists featured in this art-focused project for Find New Roads included Jae Martin, a New York-based street artist that created a pop art-inspired piece (above) on a 36-inch by 48-inch wood panel, and Jacquie Comrie, a Toronto-based multidisciplinary artist who created a unique digital illustration with a focus on color and contrast (below). 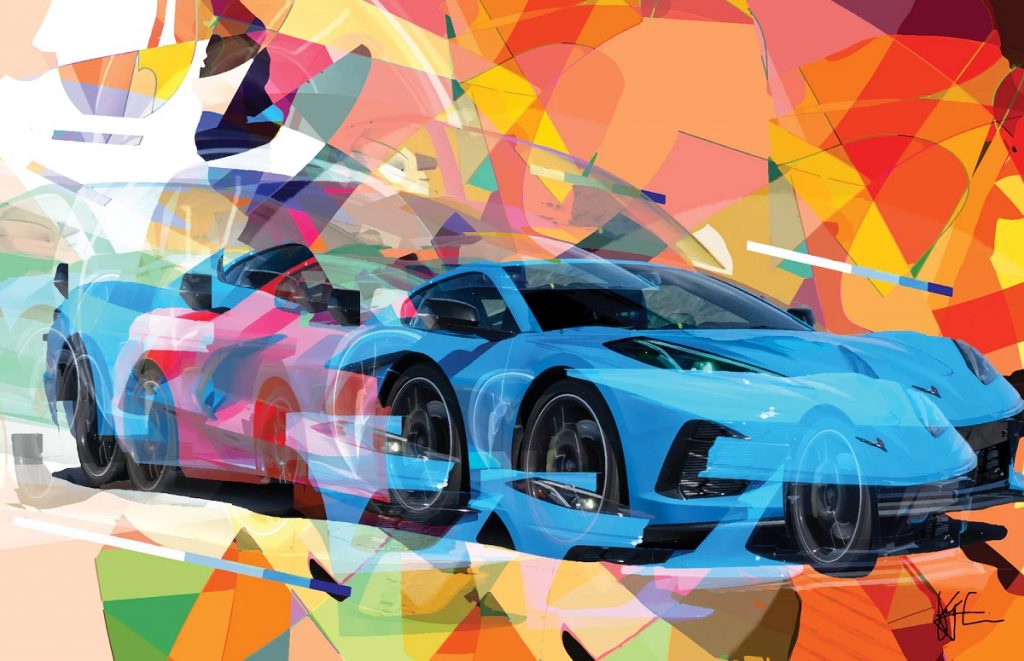 The video created by Hernandez, which shows how the visual artist used his props and somewhat odd probe lens to create the photo series, is embedded below.