General Motors introduced the Chevy 454 SS for the 1990 model year, giving enthusiasts a shot at muscle-bound V8 power in a pickup-truck wrapper. These days, performance options in the pickup segment are plentiful, but when it was new, the Chevy 454 SS was a relatively novel offering from a major automaker. Now, this exceptionally low-mile example is up for grabs at auction with no reserve. 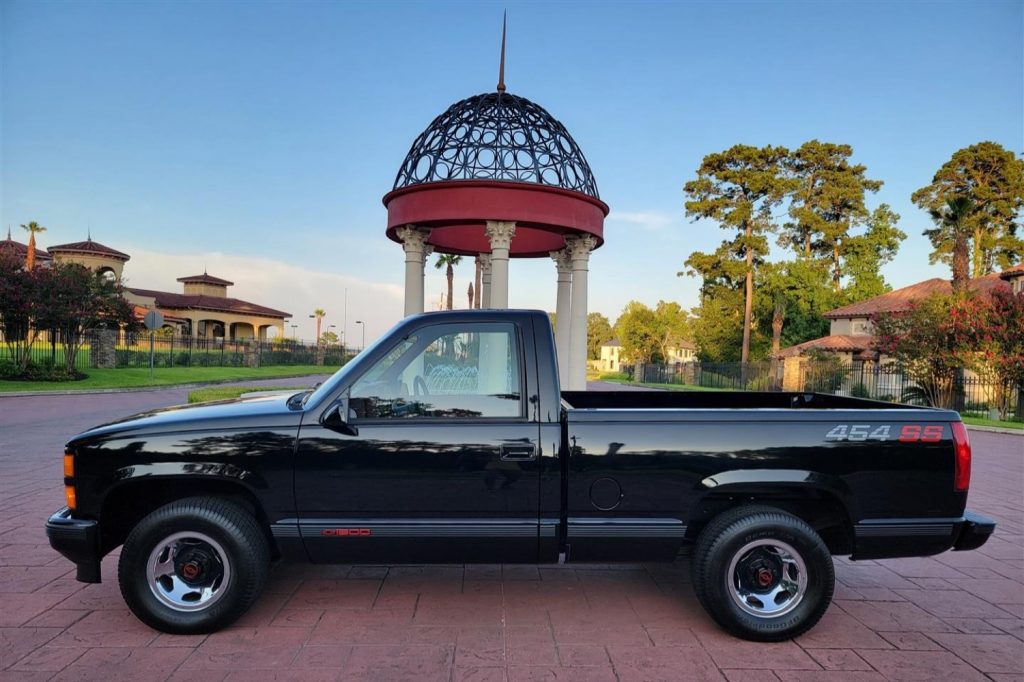 Recently posted to Bring A Trailer, this particular 1990 Chevy 454 SS pickup truck was delivered new to Fairchild Chevrolet of Lakewood, Ohio, and later resided in New Jersey and New York before it was acquired by the current selling dealer in Texas. Like all 1990 Chevy 454 SS models, this example is finished in Onyx Black (later model years were also offered in Victory Red and Summit White), and features 15-inch wheels with a chrome finish and Chevy center caps. The wheels are wrapped in 270/65R15 BFGoodrich Comp T/A tires. The exterior trim matches the rest of the body, while up front, we spot a square front air dam and fog lamps. 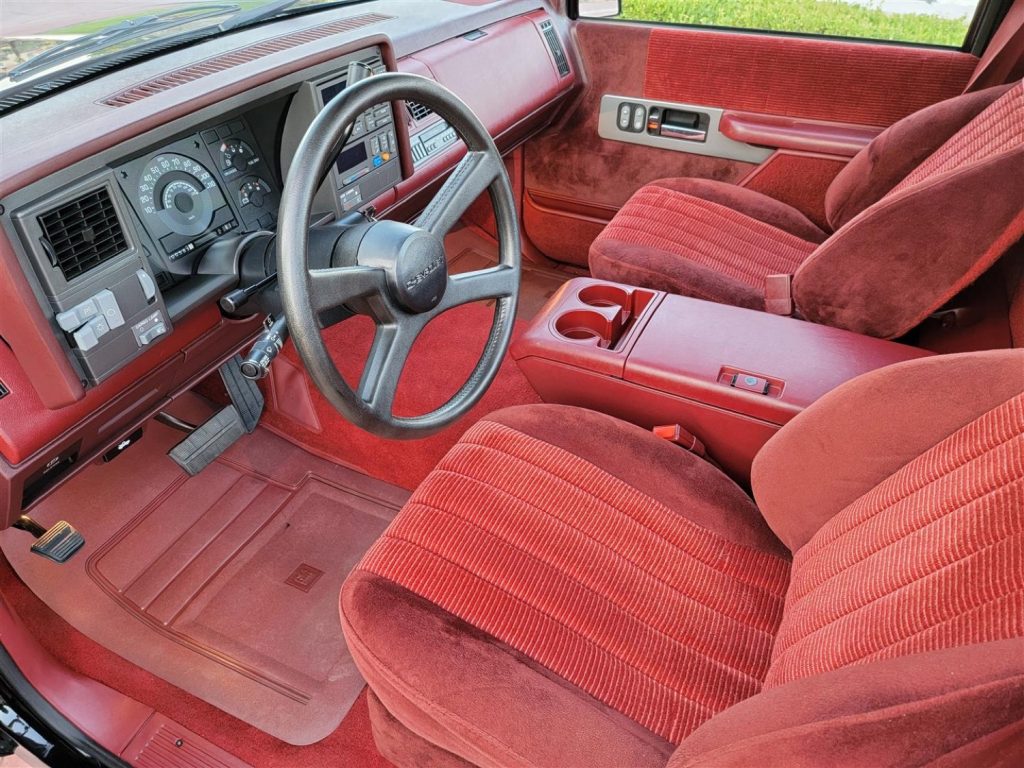 Inside the cabin is Garnet Red cloth upholstery with patterned inserts, plus the factory air conditioning and cassette stereo, the latter of which includes a graphic equalizer. Electric windows and cruise control are both included.

The big-ticket item for the Chevy 454 SS is under the hood, where we find a 454 cubic-inch V8 engine paired to a three-speed automatic transmission and locking 3.73:1 rear differential. Output was rated at 230 horsepower and 383 pound-feet of torque from the factory, while the Performance Handling and Sport Appearance package adds in Bilstein shocks and a front stabilizer bar. 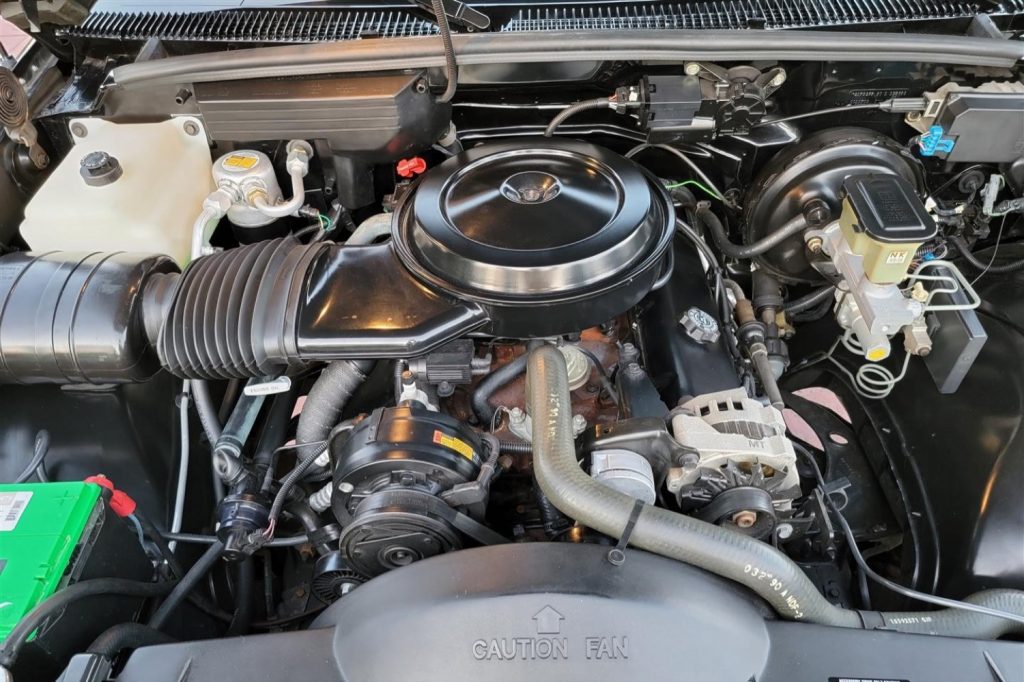 All in all, this is a very clean example of the 1990 Chevy 454 SS, with less than 600 miles on the clock, plus the original window sticker and a clean title. As of this writing, the current bid rests at $42,500, with four days left in the auction.