Earlier this morning, GM Authority brought you spy shots of the upcoming 2023 Silverado HD, which was recently caught testing with less camouflage, revealing the truck’s front grille. Now, we’re back at it to bring you an update on the Silverado HD’s corporate cousin, the Sierra HD. Specifically, the 2023 Sierra Denali HD and its front grille. 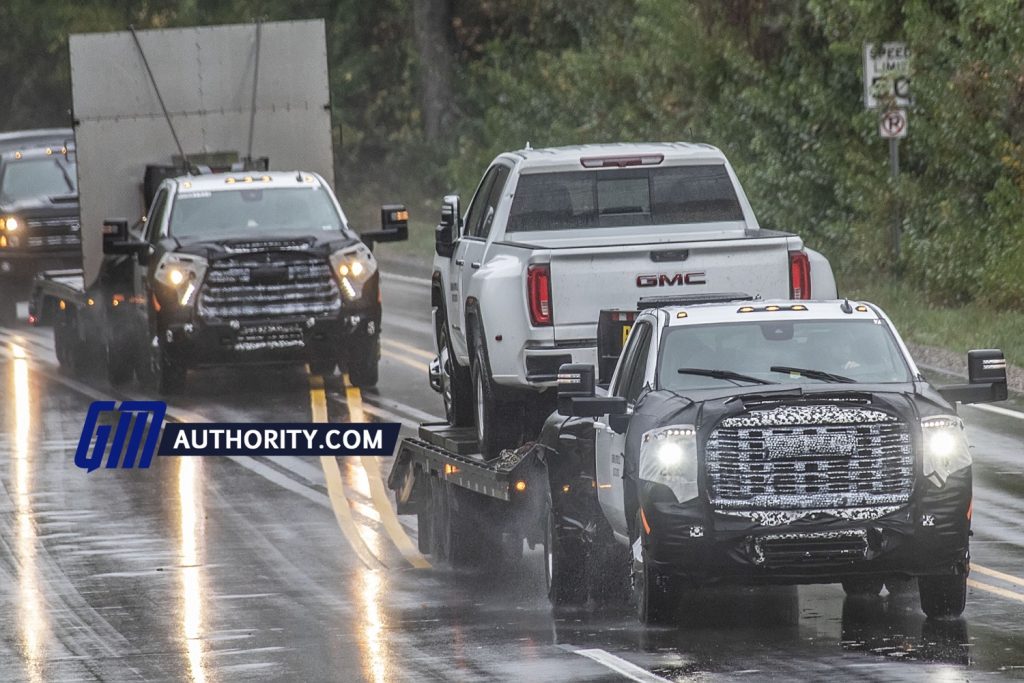 This particular 2023 Sierra Denali HD is the 3500HD model, rocking a dual-rear-wheel configuration and, ironically enough, towing another GMC Sierra 3500HD dually on its trailer.

Up front, the 2023 Sierra Denali HD will incorporate a revised front fascia with a simplified design for the grille. As we can now see, the grille now sports a flat bottom, deleting the current model’s tab-like lower corners while integrating the already-familiar horizontal slats. The new look appears to offer some continuity with the upcoming fully refreshed 2022 GMC Sierra 1500, set for a reveal later this week on Thursday, October 21st. 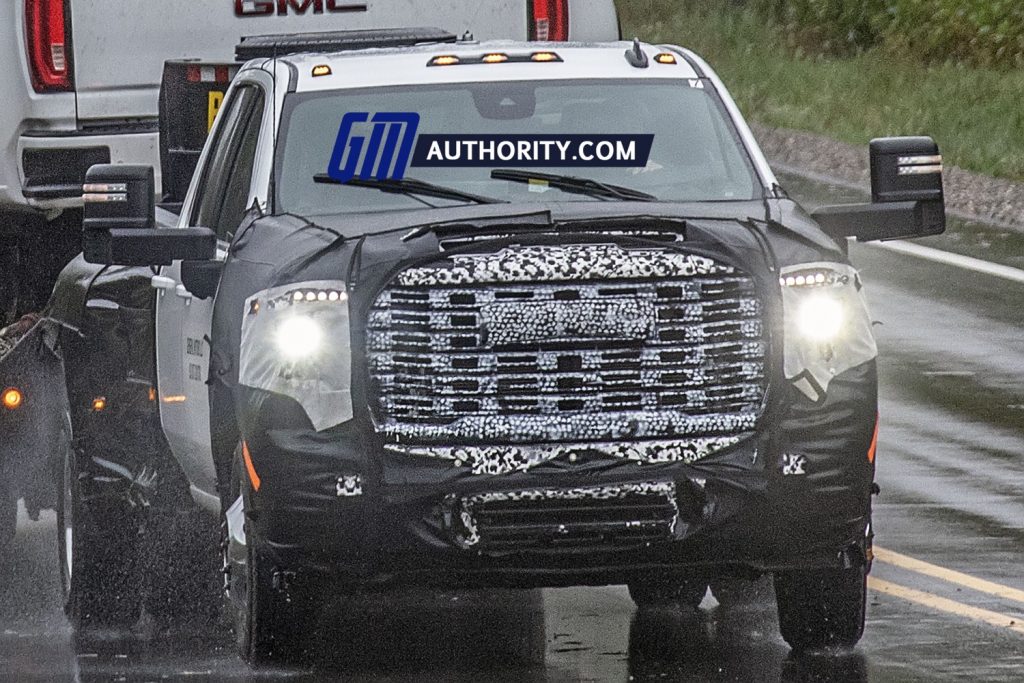 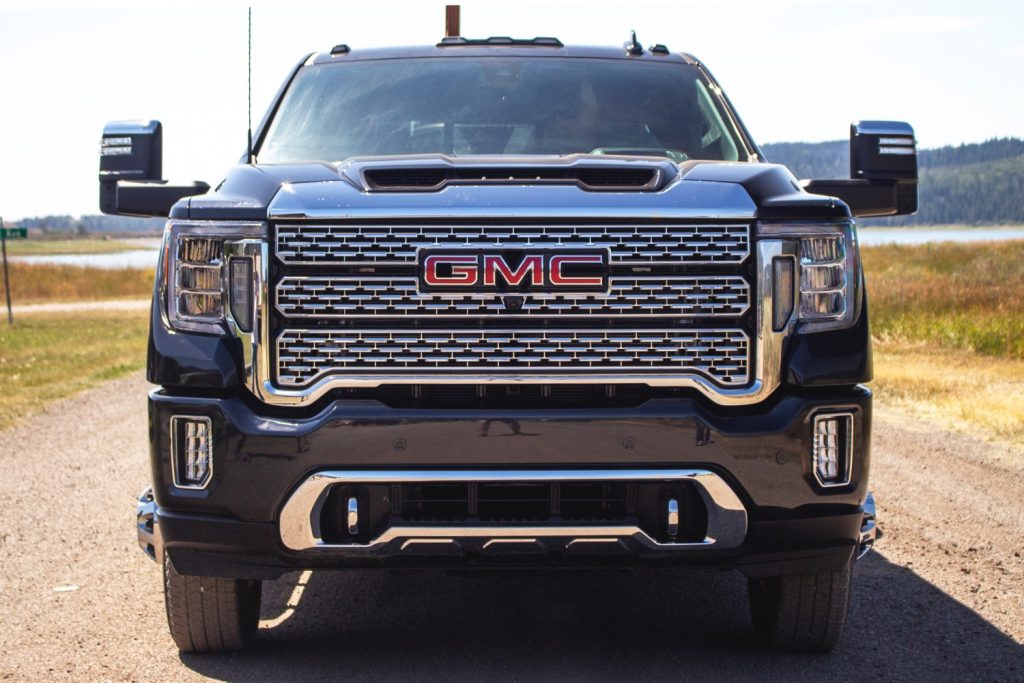 This particular 2023 Sierra Denali HD prototype is also equipped with placeholder headlights, but the production units are expected to feature bright LED signatures and projector beams for a more modern aesthetic.

Like the 2023 Silverado HD, the 2023 Sierra HD and 2023 Sierra Denali HD are expected a power boost, as originally reported by GM Authority. More specifically, the heavy-duty pickup’s 6.6L V8 L5P turbodiesel Duramax engine is expected to throw down with a heady 505 horsepower and 1,085 pound-feet of torque, a sizable improvement over the current mode’s 445 horsepower and 910 pound-feet of torque.

Although the fully refreshed 2022 GMC Sierra 1500 will be revealed later this week, the 2023 Sierra HD and 2023 Sierra Denali HD are expected to debut later next year. That said, the debut and launch timeframe could still be subject to delays as a result of the ongoing microchip shortage and other supply chain disruptions.