The ongoing microchip shortage continues to take its toll on the auto industry, with some experts forecasting that it may likely remain an issue as far out as 2023. The situation has substantially disrupted the production of the Chevy Colorado and GMC Canyon midsize pickup trucks, so much so that Colorado sales fell to fifth place in the segment (from the typical second place) during the second quarter of 2021. But there is a shred of good news for GM’s midsize trucks: sources familiar with the matter tell GM Authority that the upcoming all-new 2023 Chevy Colorado and 2023 GMC Canyon are not delayed by the ongoing chip shortage… at least not yet. 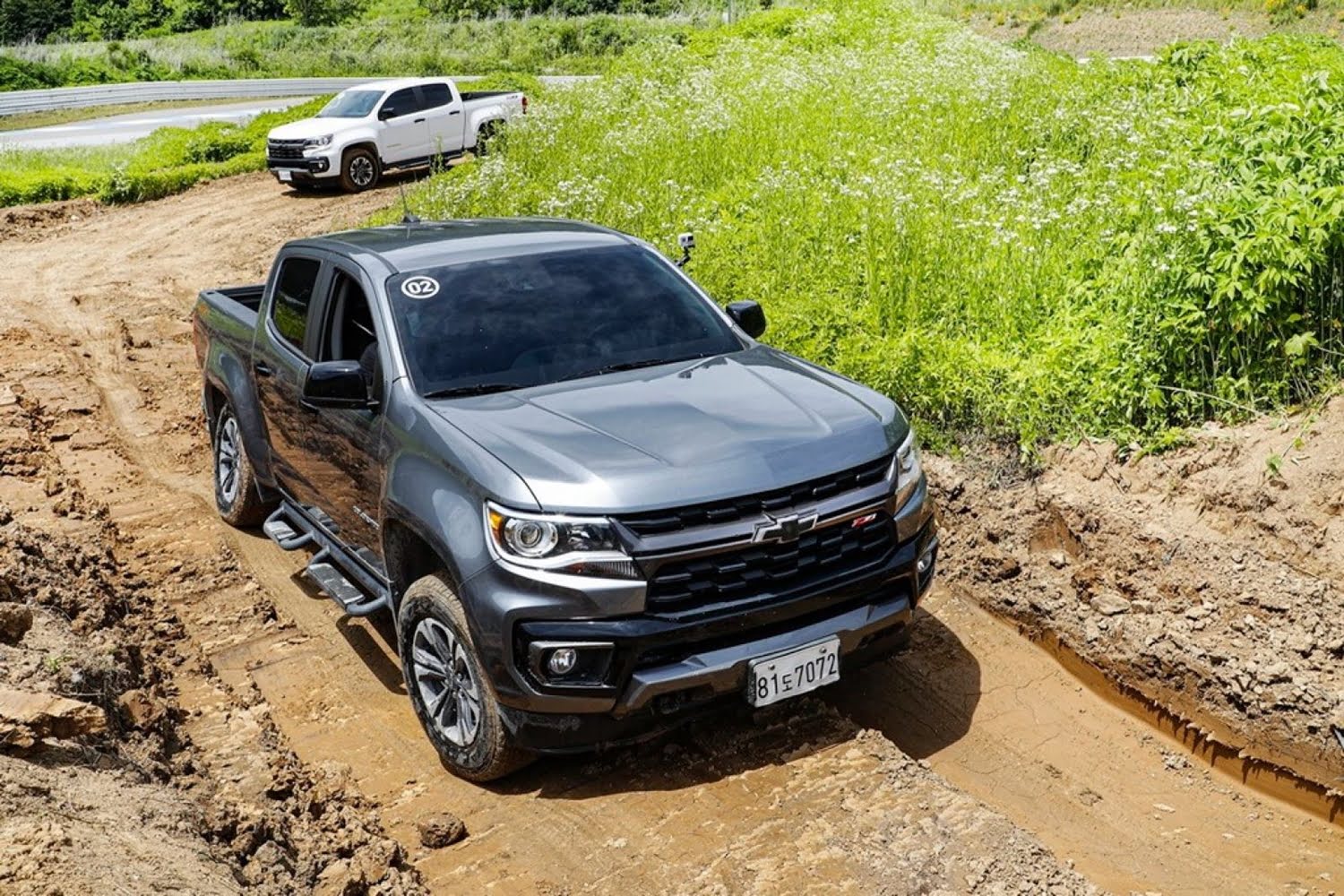 Production of the current Colorado and Canyon at the GM Wentzville plant in Missouri has been interrupted several times so far this year as a result of insufficient microchips. Most recently, production resumed on September 27th after being idle since September 6th. Prior to that, production of the two midsize GM trucks at Wentzville was idled at the end of March until mid-April. The disruptions in production caused supply of the Chevy Colorado to fall critically low in the U.S., with inventory of the popular midsize pickup trucks running at an extremely seven days supply as of the first week of September 2021.

GM has implemented various techniques to make the most of the situation, including a build-shy strategy that involves building trucks without the necessary chips and then retrofitting the incomplete pickups before shipping them to dealers. 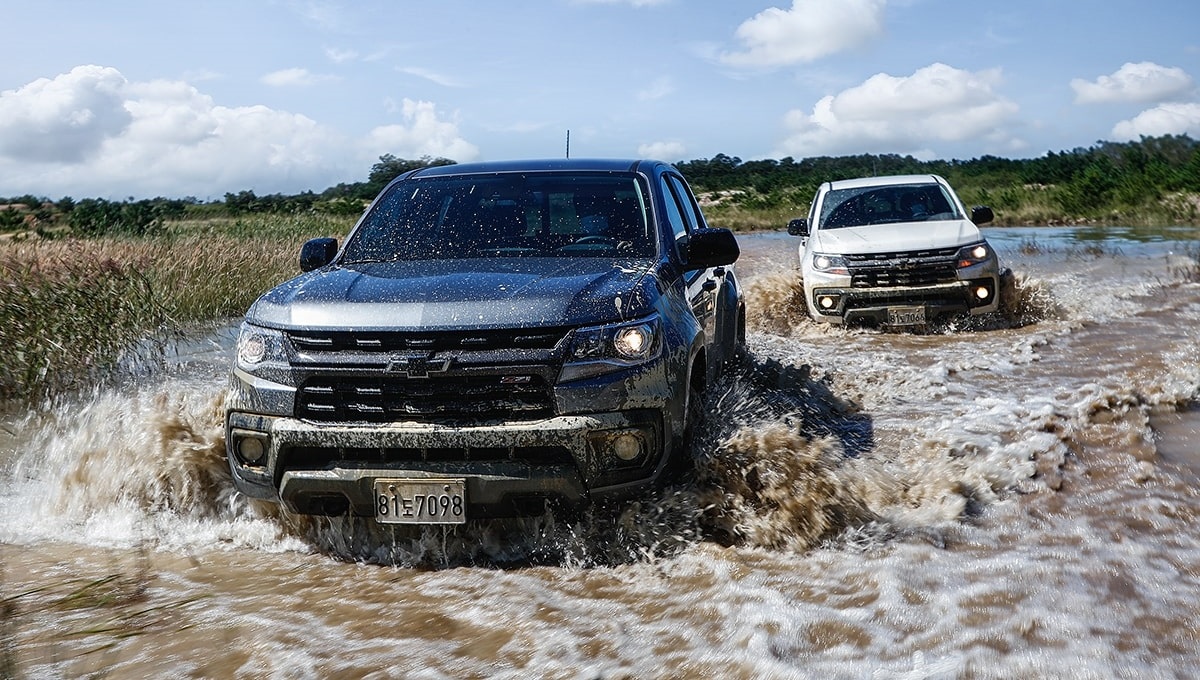 This struggle is not unique to GM’s mid-size pickup trucks, with an estimated 278,000 GM vehicles cut from production so far. In addition to reduced production and associated losses in sales volume, the shortage has also affected the availability of vehicle equipment and options, with GM cutting some features like engine stop-start and fuel management systems and wireless phone charging systems. Unfortunately, the build-shy strategy only works in some cases and not so much in others. For instance, production of 13 GM models is idle as of this writing.

Back to the 2023 Chevy Colorado and Canyon: development of the two next-gen models is on track. Sources tell us that the only way in which the 2023 model year launch will be delayed is if GM has excess parts/materials for the current, 2022 Colorado and 2022 Canyon. Such a scenario, caused by the aforementioned production stoppages, would see the automaker extending production of the current trucks until it exhausts the excess parts. 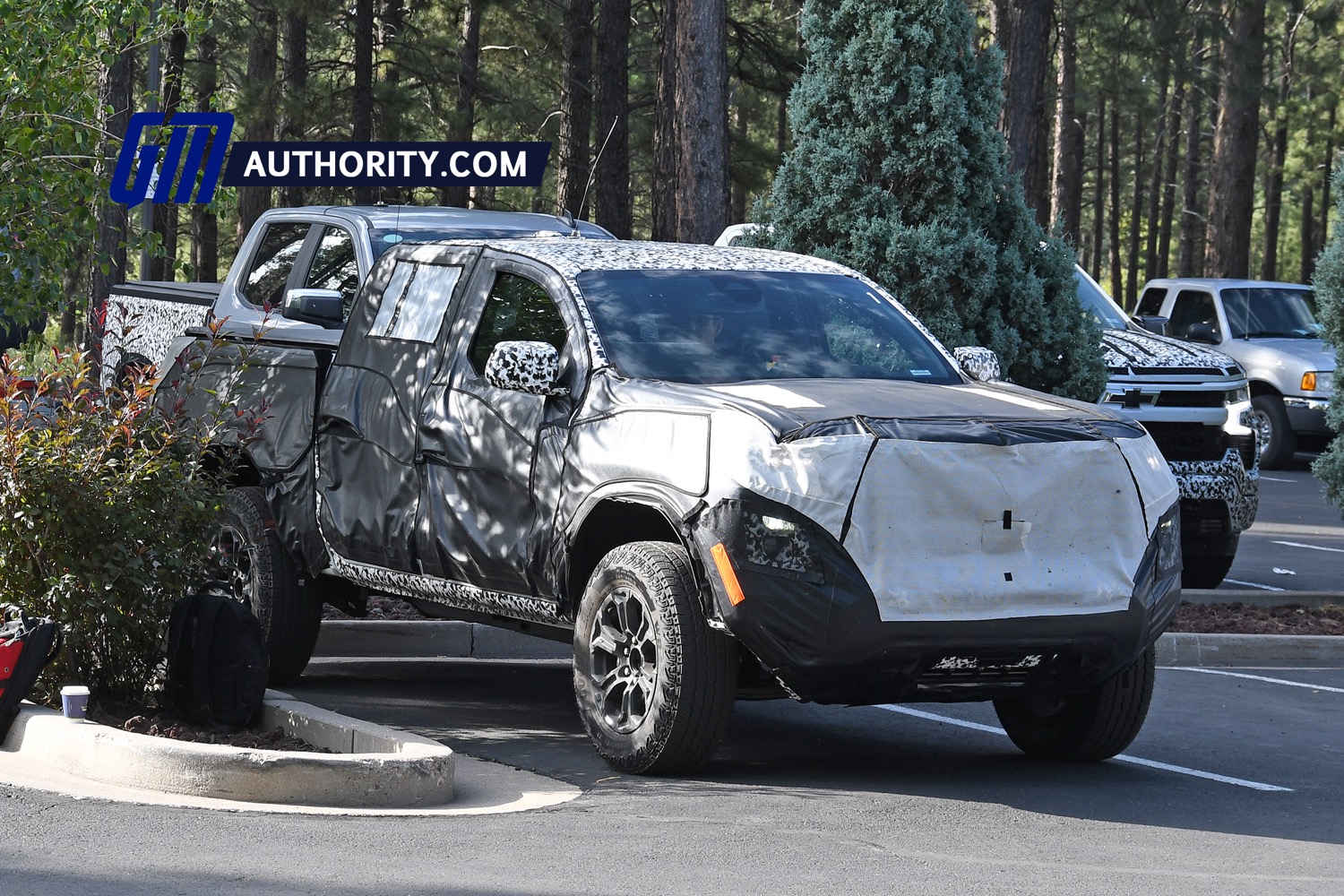 The 2023 Chevy Colorado and GMC Canyon will ride on an evolved version of GM’s current GMT-31XX midsize body-on-frame architecture, which will be dubbed 31XX-2. The vehicle will get an all-new exterior and interior, along with an all-new powerplant in the form of the turbocharged 2.7L I-4 L3B gasoline motor currently offered in the Silverado 1500 and Sierra 1500. In that application, the boosted four-pot is rated at a healthy 310 horsepower and 348 pound-feet of torque, though the 2022 Silverado 1500 refresh saw the torque figure jump to 420 pound-feet. GM’s 10-speed automatic transmission will handle shifting duty. The atmospheric 2.5L I-4 LCV and 3.6L V-6 LGZ, along with the 2.8L I-4 LWN turbo-diesel baby Duramax will not be offered. 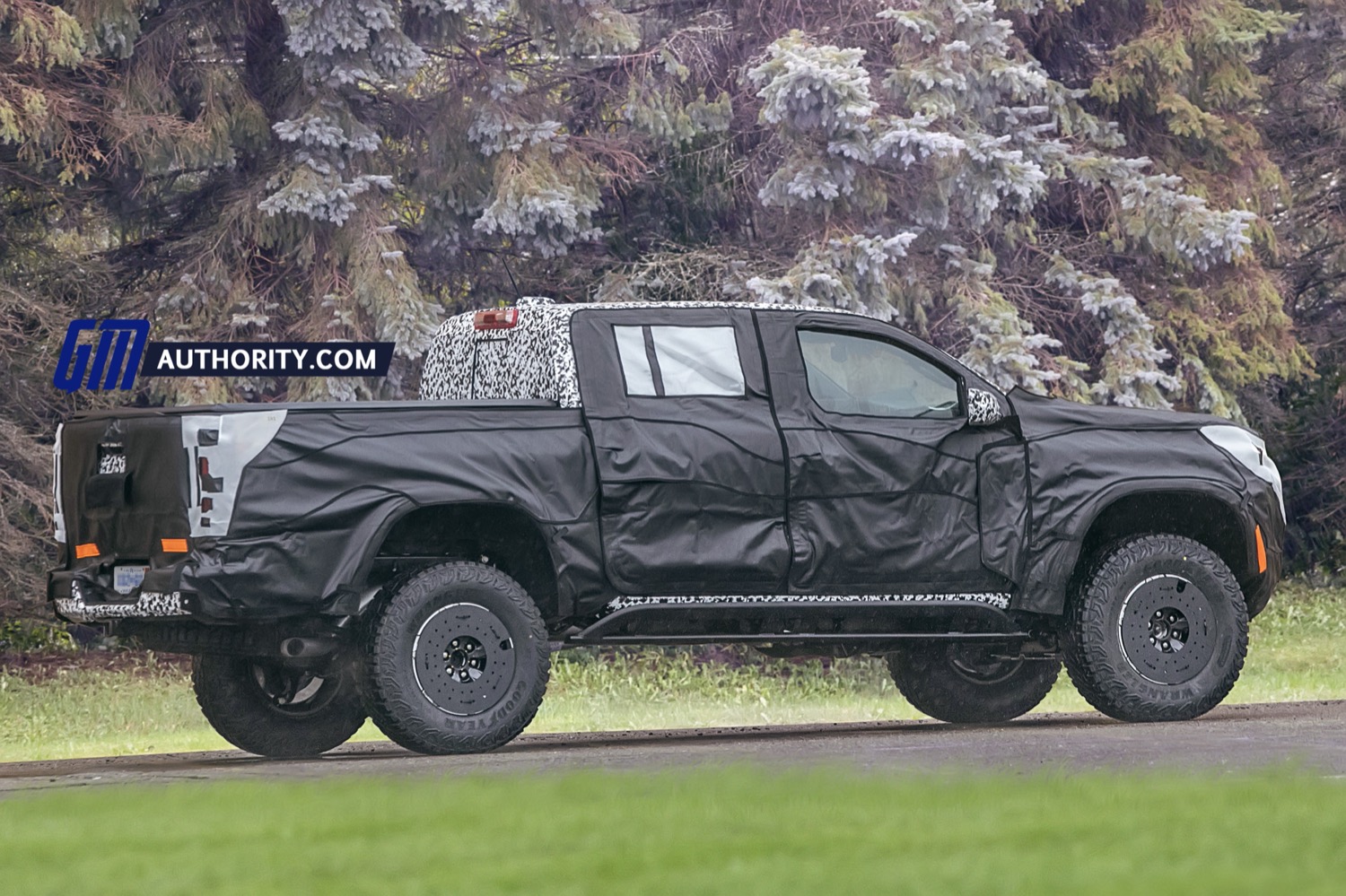 The midsize pickup truck, which has consistently ranked in the top three spots in its segment from a sales volume standpoint, will also adopt GM’s new Global B electrical architecture – otherwise known as Vehicle Intelligence Platform, or VIP. Besides allowing for over-the-air (OTA) updates to vehicle components, Global B also enables the inclusion of state-of-the-art infotainment and active safety technologies. 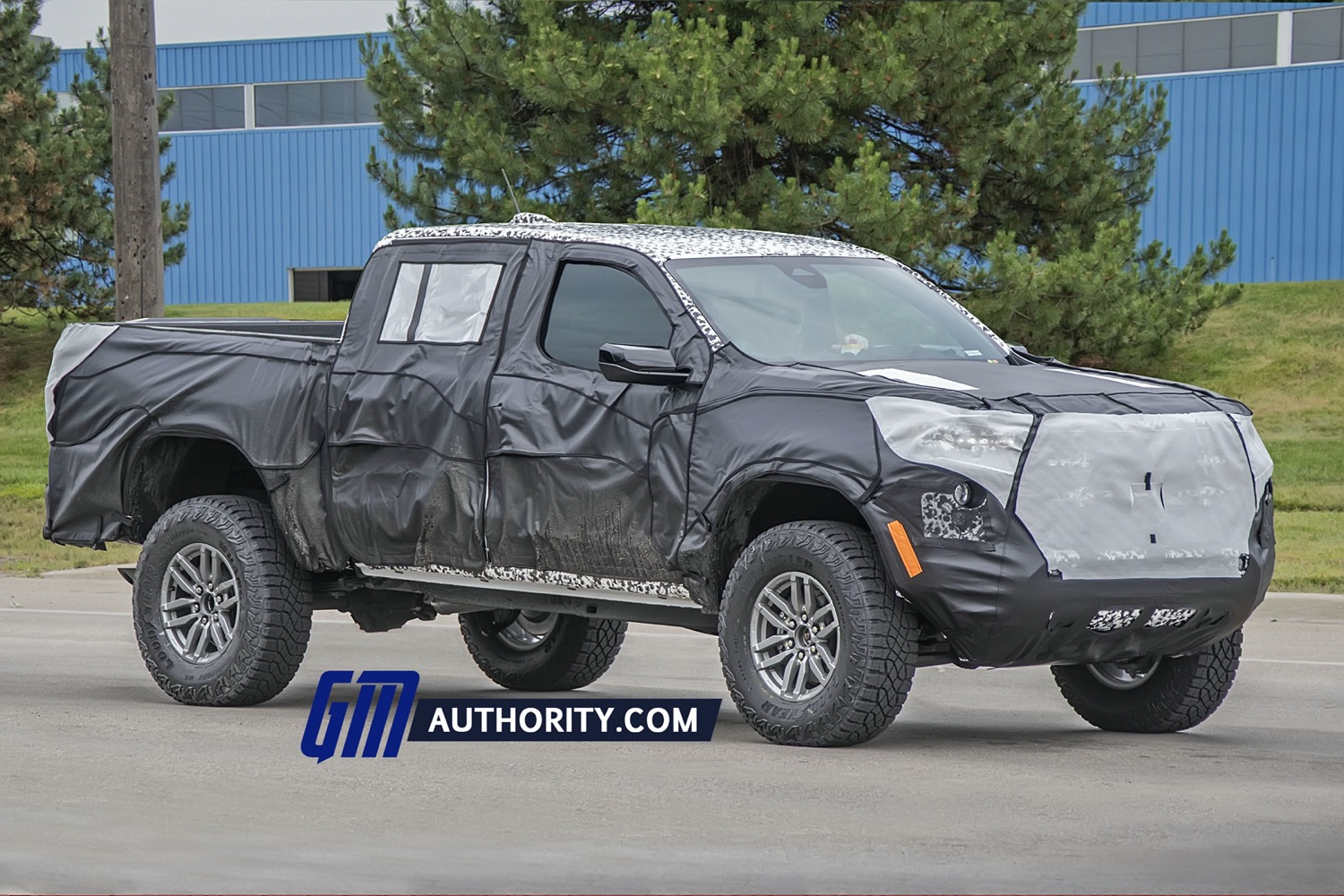 The 2023 Chevy Colorado and Canyon will continue to be built at the GM Wentzville plant in Missouri. GM invested $1 billion into the facility specifically for the new midsize pickups.