The 2021 Chevy Equinox was recently re-evaluated by the Insurance Institute for Highway Safety for its side impact crashworthiness.

The IIHS gave the 2021 Chevy Equinox a rating of ‘Marginal’ in the side impact crashworthiness evaluation test, which is considered to be a substandard performance, with the vehicle missing out on the middling rating of ‘Average’ and the best-possible rating of ‘Good’. The IIHS said the dummy’s head contacted the C-pillar hard, through the side curtain airbag,” in the test, the IIHS said, and it thus found the head protection to be “inadequate.” 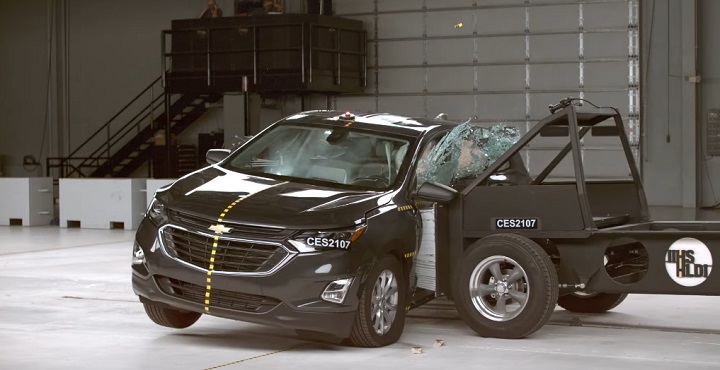 It’s worth noting the 2018 model year Chevy Equinox was previously evaluated by the IIHS for its side impact crashworthiness and received a rating of ‘Good’. The IIHS recently revised the test for SUVs, however, implementing a heavier moving deformable barrier (MDB) with a lower impact profile to reflect today’s vehicles, which are on average heavier and have a slightly lower front end profile. The new barrier also crumples more like a modern SUV, the safety watchdog says, and travels at a slightly higher speed. 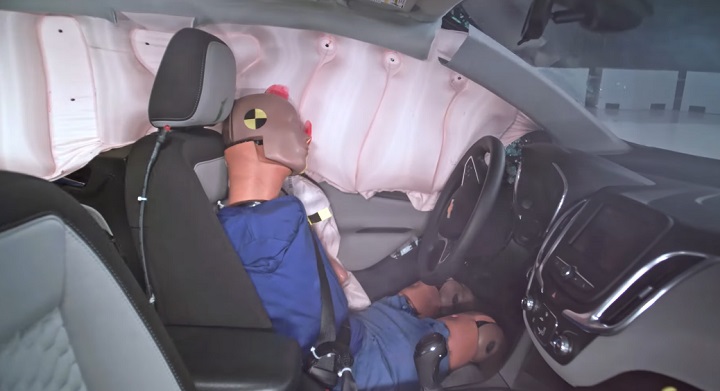 Due to the revised testing procedure for side impact evaluations, the IIHS went ahead and re-tested multiple 2021 model year small SUVs – not just the 2021 Chevy Equinox. Only one of these SUVs received a rating of ‘Good’ in this newly revised test: the Mazda CX-5. A total of nine vehicles received an ‘Average’ rating, with eight vehicles joining the Equinox in receiving a ‘Marginal’ rating. The poorest-performing vehicle was the Honda HR-V, which received the worst-possible rating of ‘Poor’. In this test, the barrier tore through the Honda HR-V’s b-pillar, allowing it to protrude deep into the vehicle’s cabin.

The video of the 2021 Chevy Equinox side-impact test, along with a separate video highlighting the IIHS findings after the newly revised side impact test was implemented, is embedded below.