The sixth-generation Chevrolet Corvette ZR1, now without the hyphen between the R and the 1, bowed for the 2009 model year after a long development cycle under the internal code name “Blue Devil.” The ZR1’s 6.2-liter LS9 had the same displacement as the base Corvette’s LS3, but was of a new design which incorporated a 10.5 quart dry-sump lubrication system, a Roots-type four-lobe rotor design supercharger, 9.1:1 compression, and 638 thundering horsepower and 604 pound-feet of torque, making it the most powerful engine GM had ever produced. The LS9 was backed by a beefed-up six-speed manual transmission with a twin-disc clutch. No automatic transmission was offered. 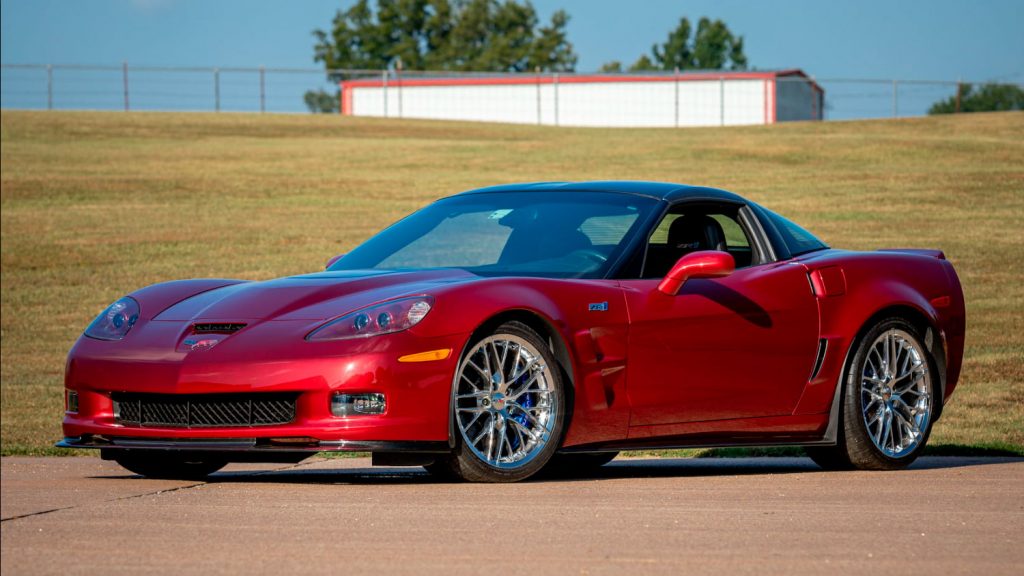 All of that power allowed the Corvette ZR1 to achieve tremendous acceleration, with sixty miles per hour arriving in from a dead stop in just 3.4 seconds, 100 miles per hour in 7.5 seconds (a couple of publications had this time as low as seven seconds flat), the quarter-mile flashing by in 11.3 seconds at nearly 127 mph, and a terminal velocity of right at 200 miles per. In order to arrest the plastic missile, the ZR1 comes equipped with vented and drilled carbon ceramic Brembo brake rotors, 15.5 inches in front, with 15 inchers in the back. Front calipers were six-piston units, with four-piston rears. 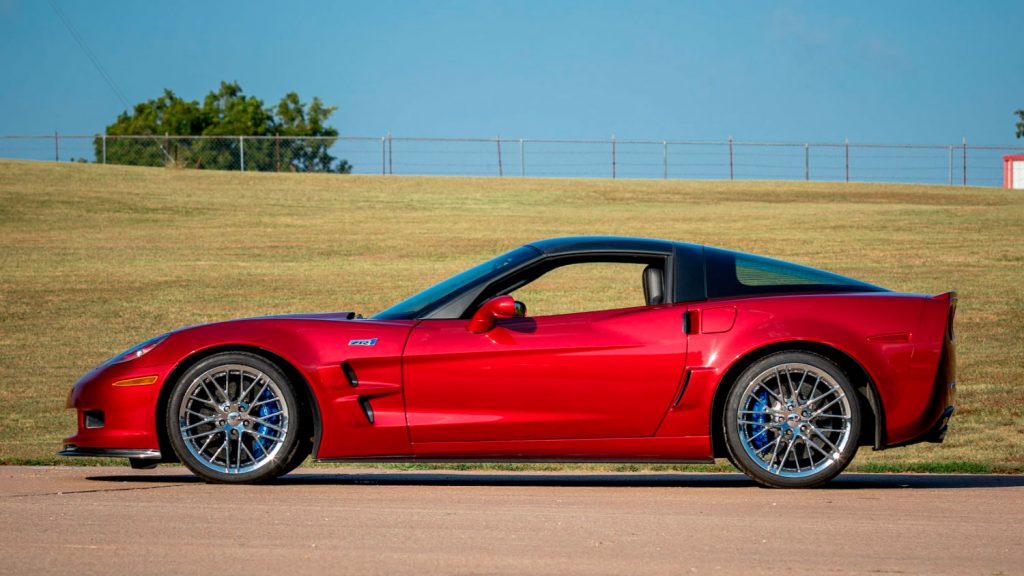 The C6 Corvette ZR1 had an aluminum frame derived from the Z06. The Selective Magnetic Ride Control suspension system was adapted for the ZR1. The hood, front fenders, fixed roof panel, roof bow, front splitter, and rocker moldings were all formed from carbon fiber. The hood and front fenders were painted body color, and the hood featured a polycarbonate window allowing the intercooler to be seen. The rest of the carbon fiber body parts were coated with a special clearcoat. Standard tires on the ZR1 were Michelin Pilot Sport PS2s in 285/30ZR19s in front, and massive 335/25ZR20s in back. 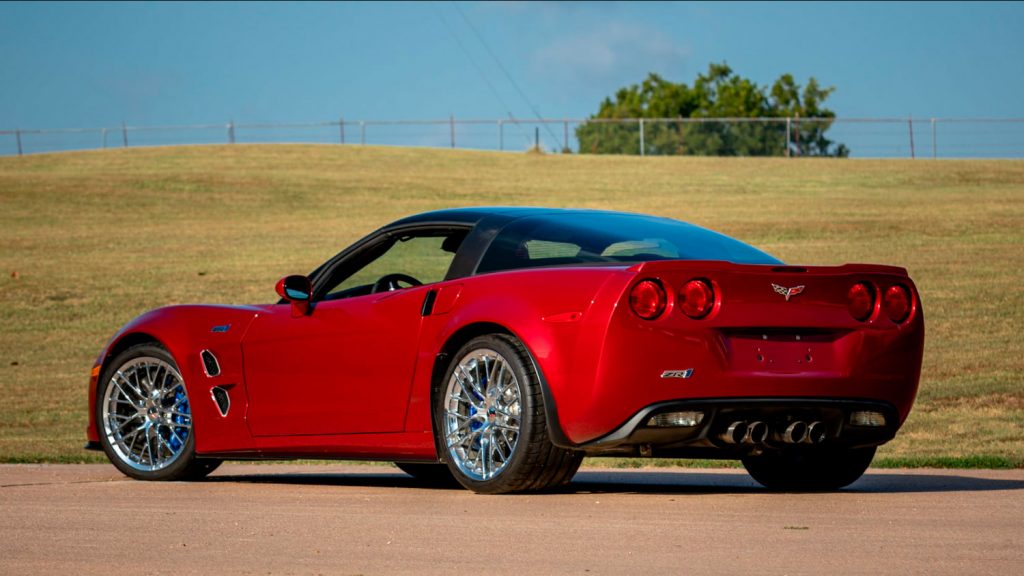 Our feature Corvette ZR1 is one of only 806 built in 2011, and one of just 64 for that model year produced in Crystal Red. It has covered just 4,875 miles from new. It is well equipped with dual-zone climate control, cruise control, steering wheel audio and telephone controls, navigation, heated seats, polished wheels, and Selective Magnetic Ride Control. The exterior is absolutely as new, with no flaws of note observed. 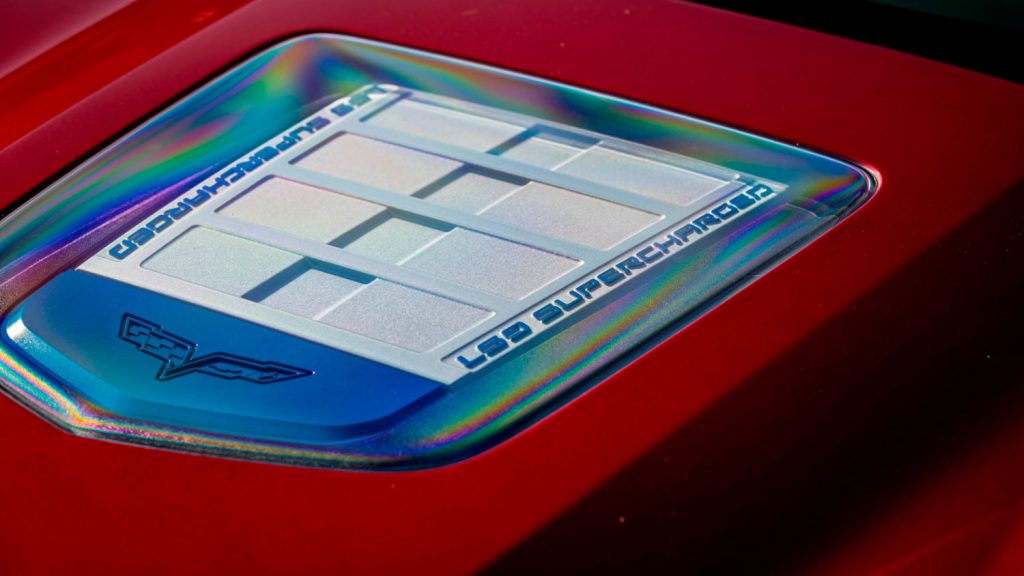 Inside, the Corvette ZR1 appears nearly new, with only a good vacuuming needed. The gauges are all clear and sharp, seats show only the slightest creasing, and the headrest embroidery remains eye-catching. 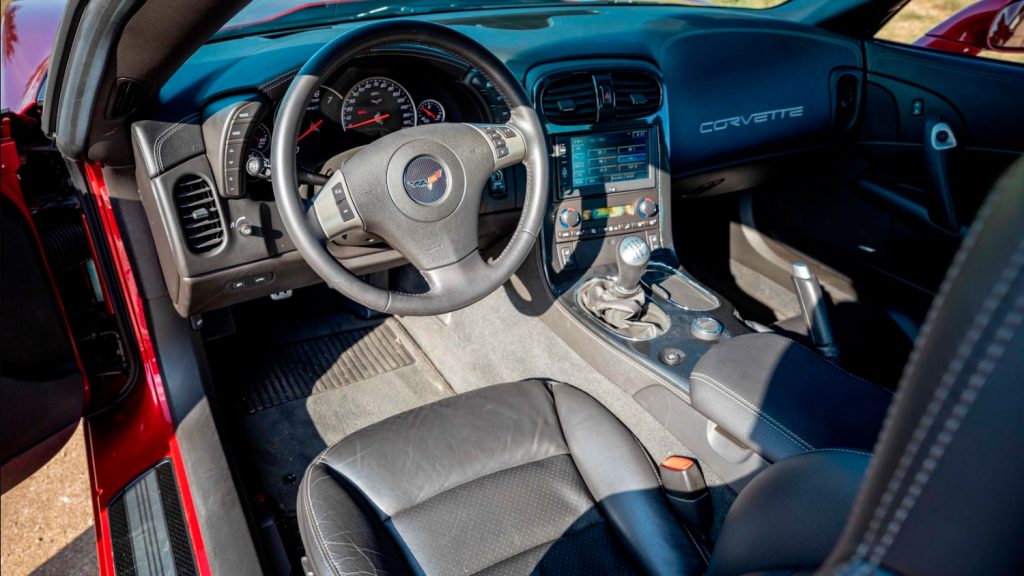 The intercooler is visible through the polycarbonate window in the ZR1’s carbon fiber hood. Beneath that hood is the monstrous, supercharged LS9 engine that remains bone stock. The engine bay is a bit dusty, but otherwise quite presentable. 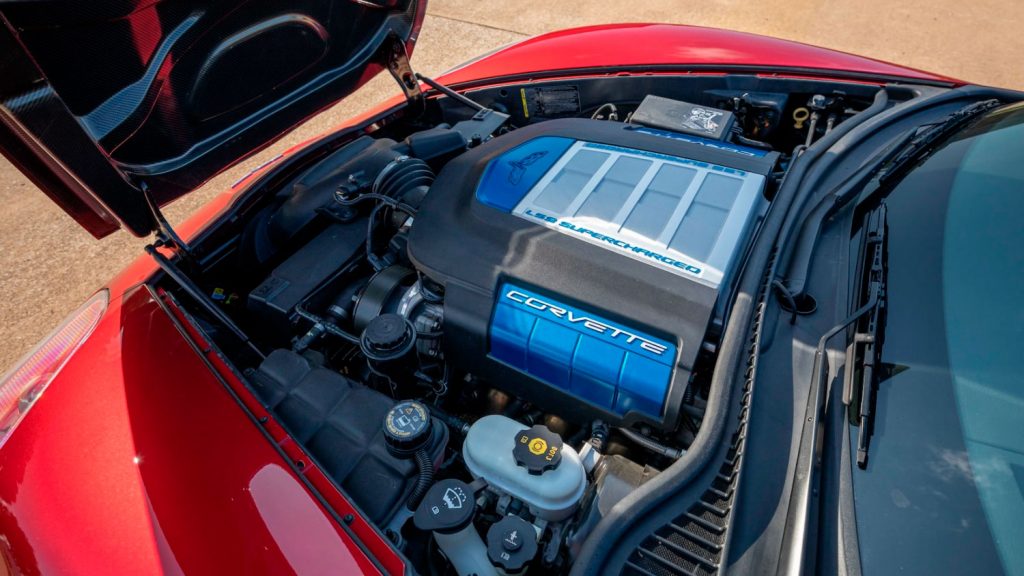 This like-new Corvette ZR1 will be up for grabs at the Mecum Auctions Kansas City event December 2nd-4th. 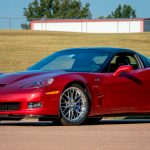 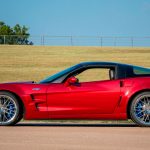 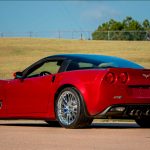 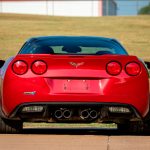 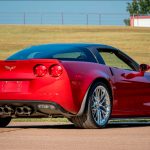 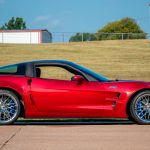 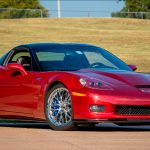 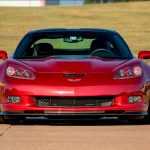 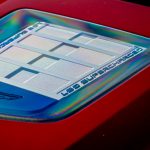 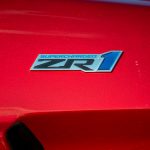 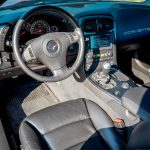 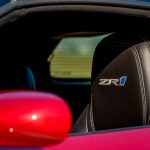 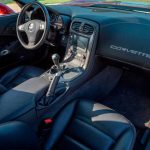 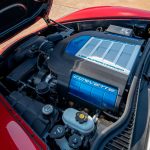 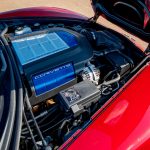