They say autonomous vehicles are on the rise, but for fans of the original Knight Rider television series, AVs peaked with the iconic ‘80s-era Pontiac Firebird known as KITT. Now, this 1983 Pontiac Firebird Convertible KITT tribute is up for grabs in an online auction. 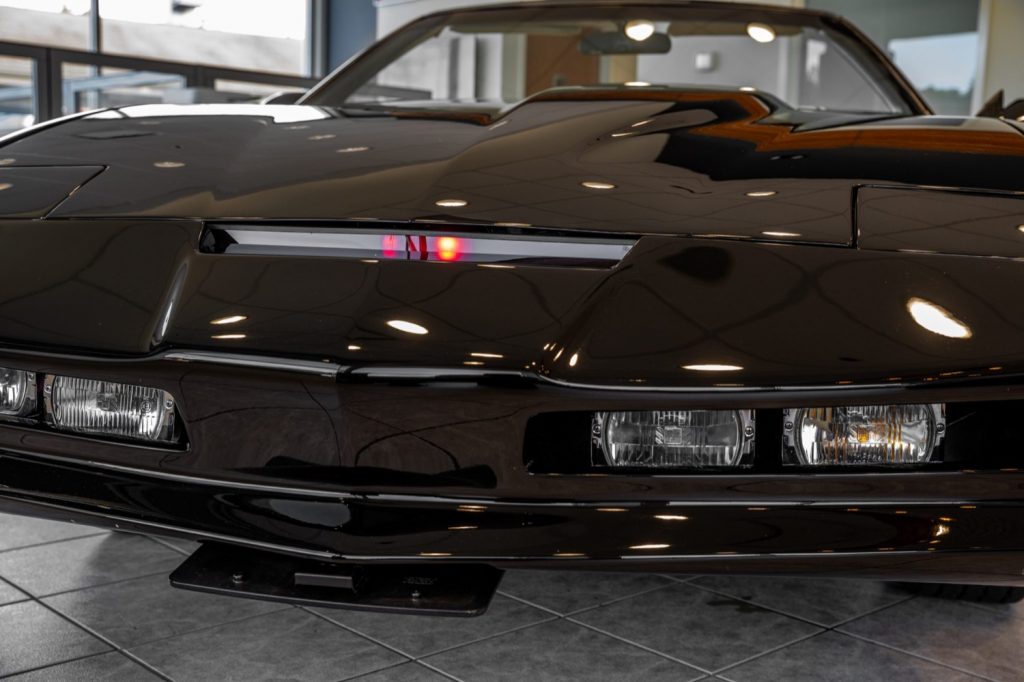 Recently posted to Bring A Trailer, this Pontiac Firebird KITT tribute features a refurbished body, engine, transmission, and chassis. The most impressive bits are in the cabin, where we find a custom dash and control yoke steering wheel, with plenty of ‘80s-tastic digital instrumentation. The switchgear is correct for the time period, while dash-mounted displays work as intended. The gauges are functional, including the GPS compass. Funny enough, the audio and video systems are controlled by a programmable SD card that contains over 2,500 phrases used in the original television series. There’s also plenty of tan upholstery, power windows, and speakers mounted in the rear seat powered by a JVC CD stereo. Notably, the air conditioning was removed. 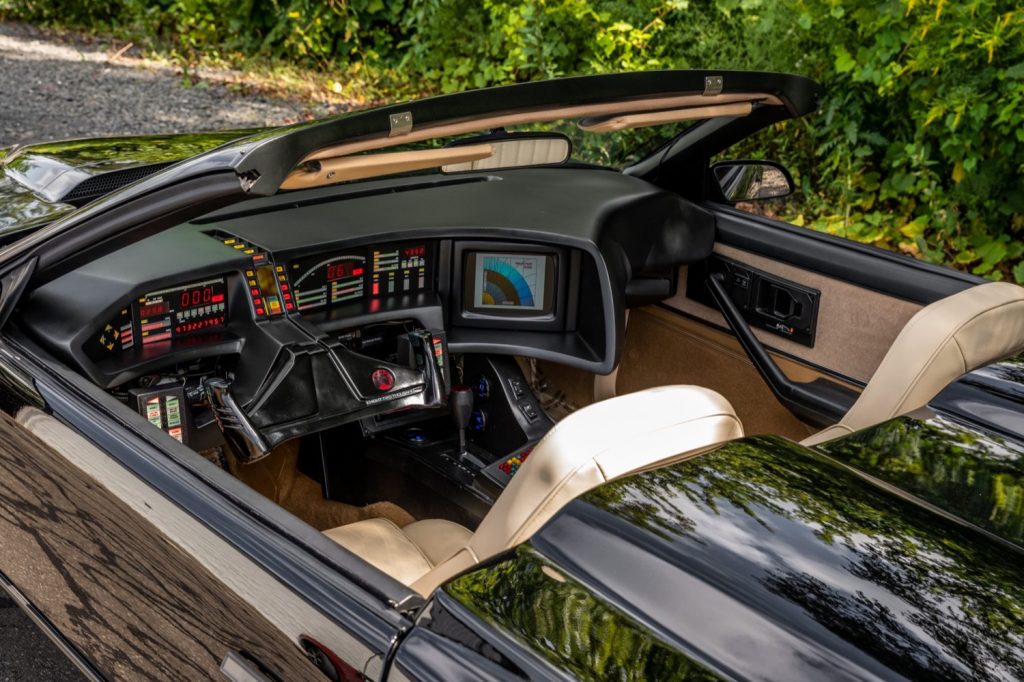 Outside, this Pontiac Firebird is draped in the requisite black paint and equipped with a KITT body kit, rocking a new front bumper and hood, tinted taillights, and various other bits and pieces. Concealed headlights are up front, and a custom convertible top is in back. The corners house a set of 14-inch wheels wrapped in BFGoodrich Radial T/A tires, measured at 215/70R14. 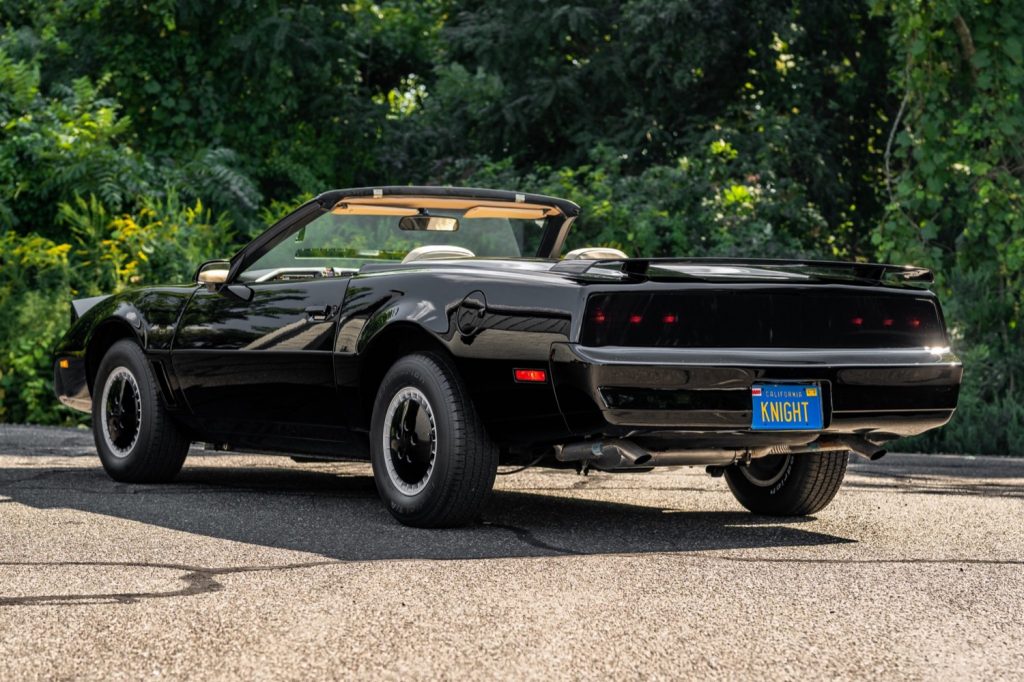 The powertrain spec consists of 305 cubic-inch V8 engine topped by an Edelbrock intake manifold and four-barrel carburetor, plus an electric choke and electronic ignition. The V8 is mated to a 700R4 four-speed automatic transmission. Power brakes and power steering ease the driving experience. 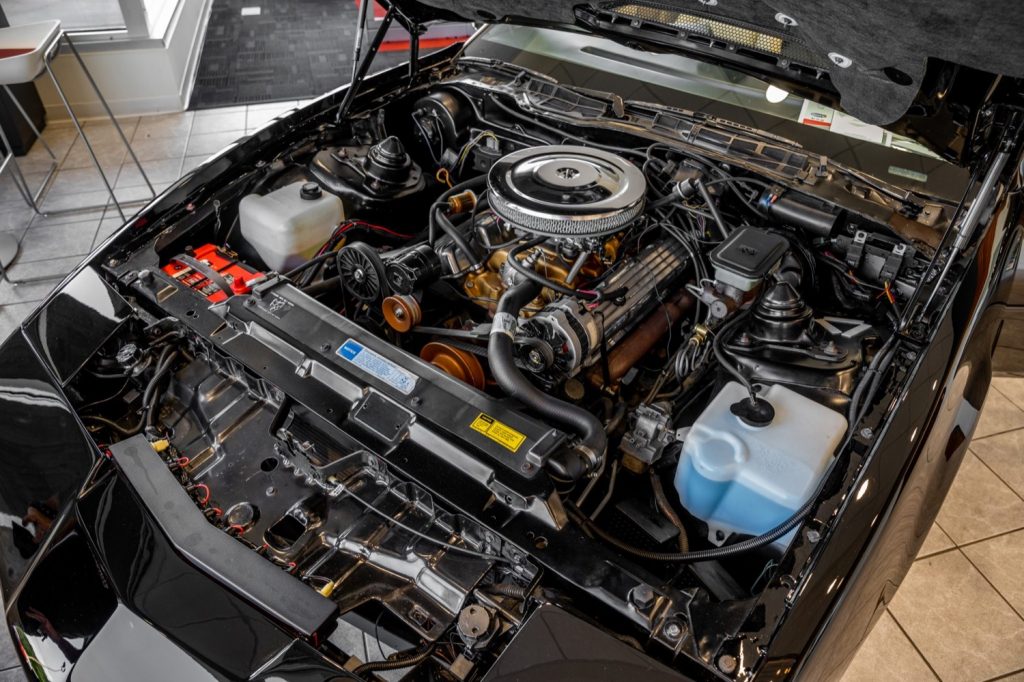 This custom Pontiac Firebird KITT tribute was acquired by the current seller in 2021, and currently shows 13,000 miles on the clock. As of this writing, the highest bid is set at $16,000, with four days left before the auction ends. 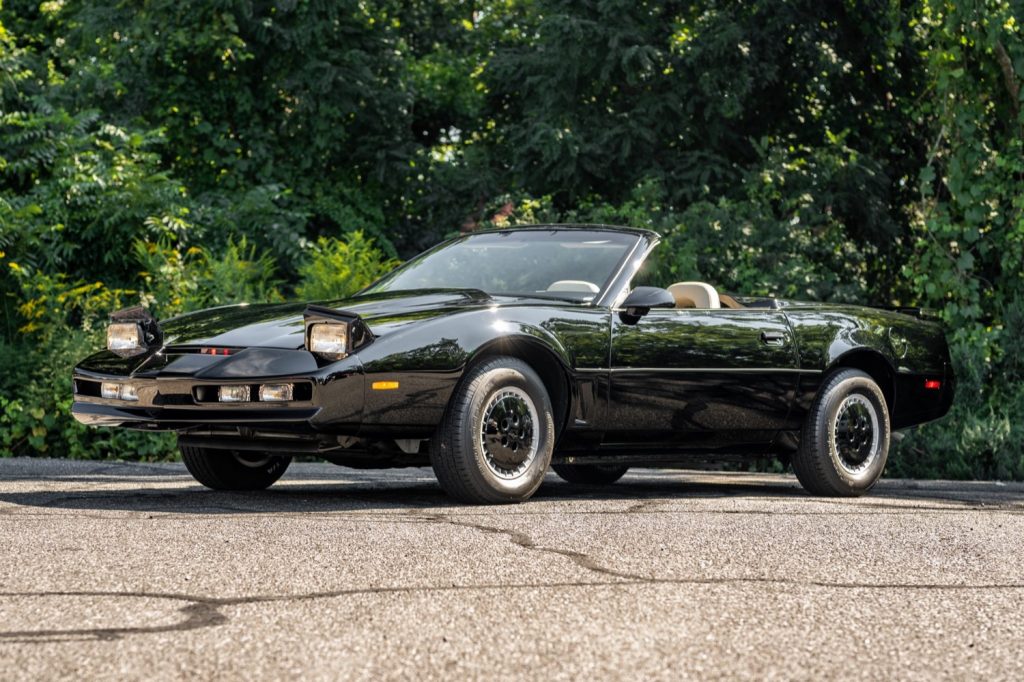