The Pontiac Firebird debut followed that of the Chevrolet Camaro by five months, bowing in February of 1967. The Firebird and Camaro were both built in response to the Ford Mustang’s rabid success. In March of 1969, the Trans Am Performance and Appearance package was introduced, taking its name from the Trans Am racing series. The 1969 model year saw only 689 Pontiac Trans Am hardtops and eight convertibles leave the factory. 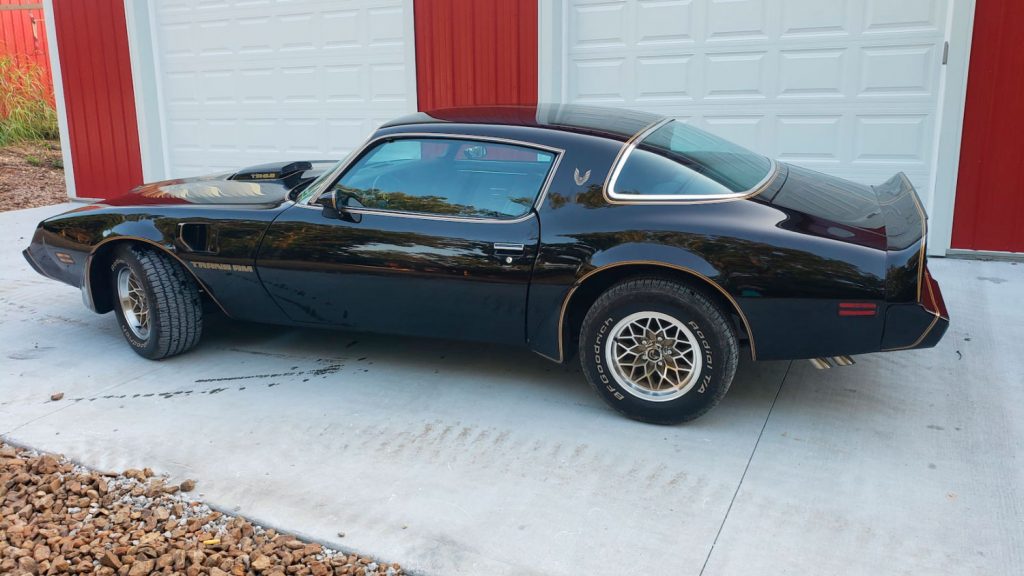 Ten years after its introduction, the Pontiac Trans Am had become a legend in its own right. The Trans Am 455 Super Duty had been one of the few shining stars of the Malaise Era of waning horsepower. Being featured as the hero car in the Smokey and the Bandit franchise helped Trans Am sales reach new heights. The T/A was already immensely popular, with 68,745 sold in 1977. After the movie was released in ’77, sales skyrocketed. Pontiac sold 93,351 Trans Ams in 1978 and 117,078 in 1979, when Pontiac Trans Am sales eclipsed those of the Chevy Camaro for the first time ever. 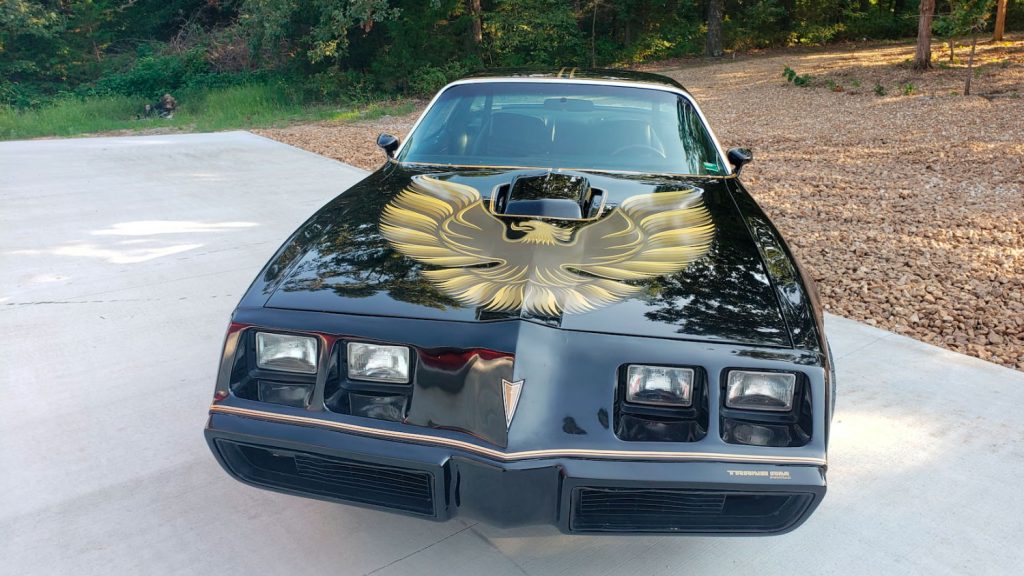 Our feature 1979 Pontiac Trans Am is finished in a glossy Starlight Black with gold pinstripes and decals. It rolls on eight-inch-wide gold Snowflake wheels. It is powered by the more desirable of the 6.6 powerplants, the 400 cubic-inch Pontiac V8 rated at 220 horsepower and 320 pound-feet of torque. Moving that power to the rear wheels is a Muncie M-21 four-speed transmission and a Positraction rear end with 3.42 gears. 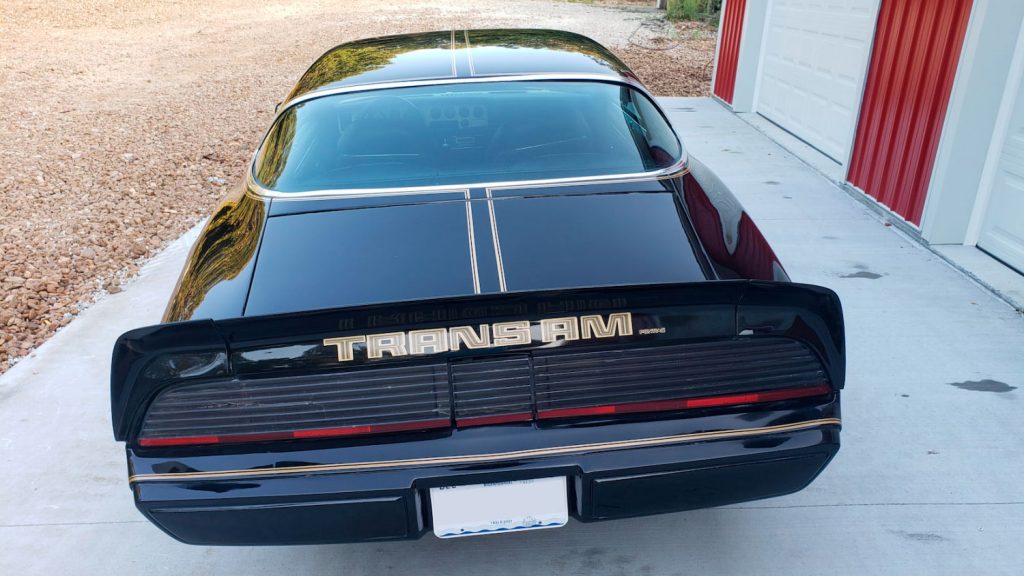 Inside the Pontiac Trans Am, the interior is finished in black with a machine-turned dash panel and gold anodized steering wheel. It is equipped with a tilt steering column, power steering, power windows, power brakes, and the factory AM-FM radio. 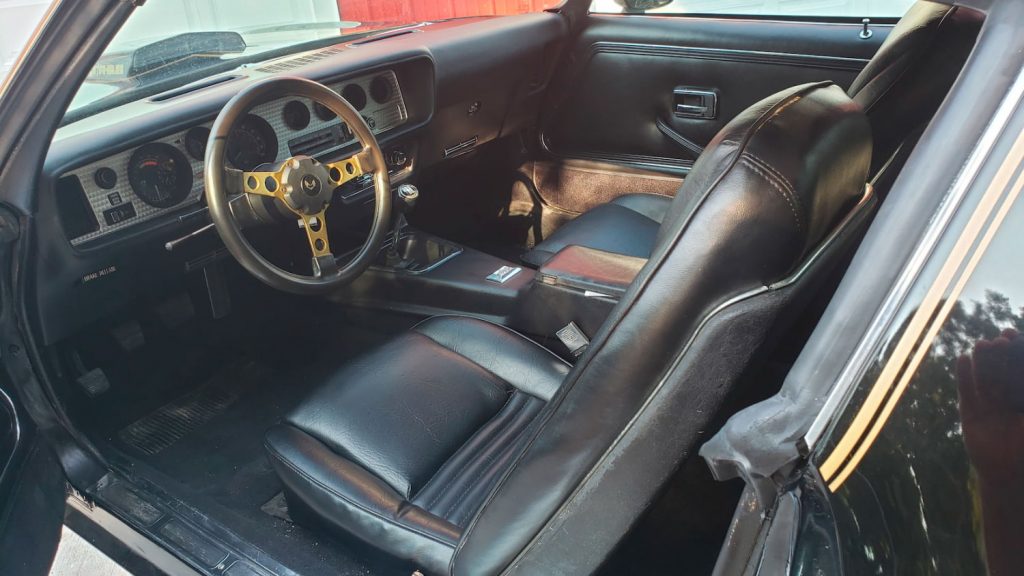 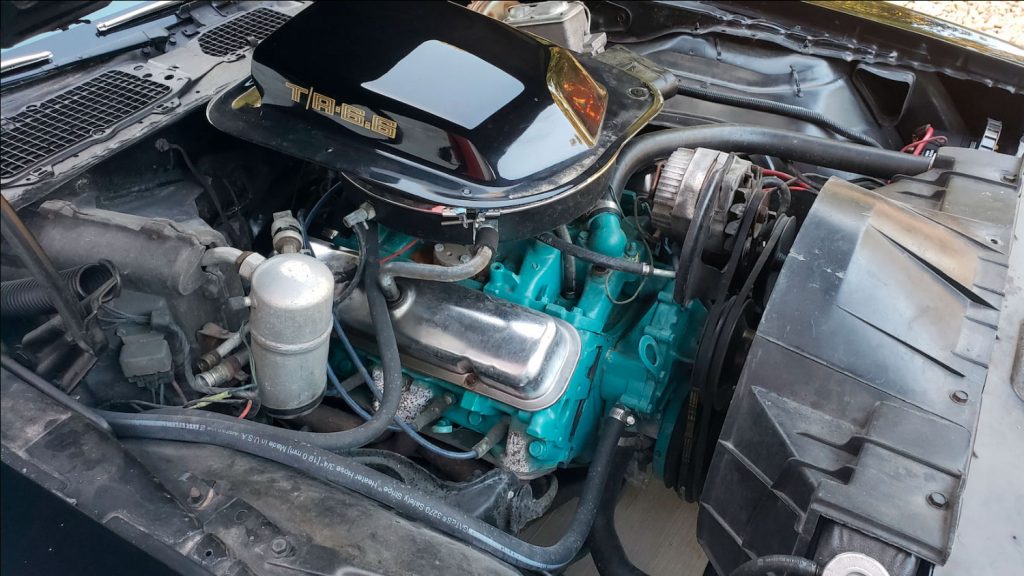 Fulfill all your Smokey and the Bandit II dreams (the original starred the ’77 T/A with the earlier nose) by snagging this Pontiac Trans Am at the Mecum Auctions Kansas City event happening December 2nd-4th. 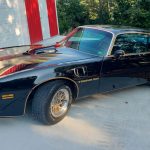 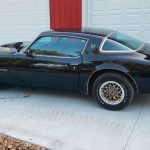 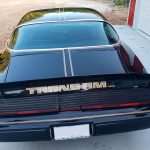 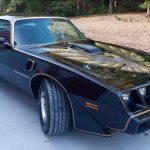 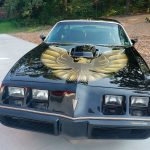 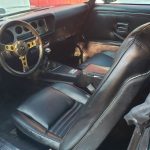 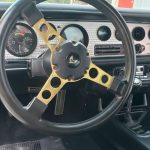 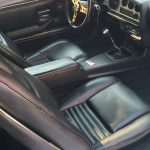 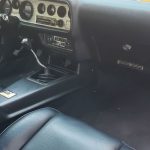 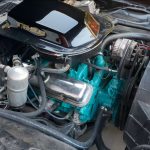 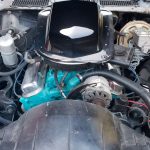