A 1974 Chevy Impala lowrider nicknamed “Glasshouse” won the Houston stop of the 2021 Hot Wheels Legends Tour last week and will now go on to compete in the Grand Prize Competition in Los Angeles later this year. 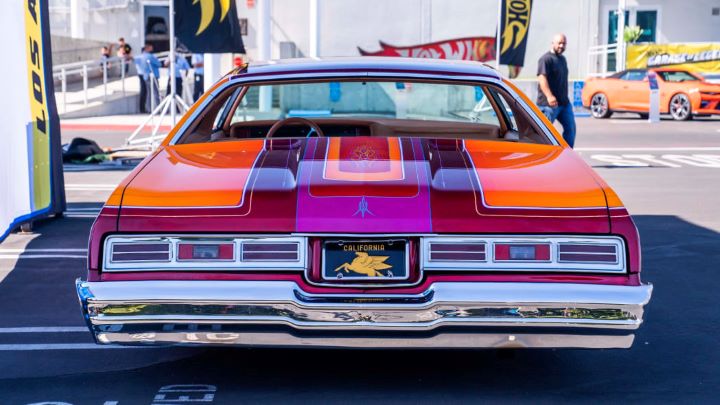 This head-turning show winner was built by lowrider enthusiast Javier Covarrubias. Based on a 1974 Chevy Impala coupe, “Glasshouse” features airbag suspension, hand-painted pinstriping and a glass moonroof that was cut out of an unnamed Lincoln vehicle. It rides on a set of 14-inch wire wheels wrapped in whitewall tires and also features shaved door handles, the front clip from a Chevy Caprice and an aftermarket digital dashboard display.

Judges at the Houston leg of the Hot Wheels Legends Tour included Ted Wu, the vice president and global head of vehicle design at Mattel, as well as Bryan Benedict, the design director for the Hot Wheels and Matchbox brands. While Covarrubias‘ car was enough to impress Wu and Benedict in Houston, he’ll face stiffer competition in the next round of judging on October 28th. This next leg of the competition will see the Impala face off against the winners from all previous Hot Wheels Legends Tour stops this year, which includes a custom C6 Corvette with a Valarra body kit, along with a 1975 Opel Manta and 1929 Ford Model A. From there, the winner will go on to compete against finalists from around the globe before the overall global winner is chosen in late November. 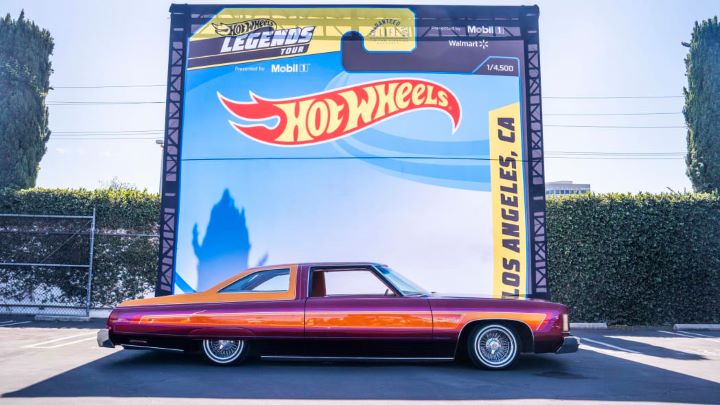 As some readers may already know, the grand prize winner of the Hot Wheels Legends tour will have their car turned into a 1/64 scale Hot Wheels model. Last year’s grand prize winner was Riley Stair, who impressed judges with his motorsports-inspired 1970 Pontiac Trans Am that he built under a small carport tent in a side lot next to his parent’s house.