The 1969 model year was the third and final year for the first-generation Chevy Camaro. It was also the highest production year of the first generation, with 243,085 copies produced, courtesy of a longer-than-usual production running from September 26th, 1968 to February 26th, 1970. 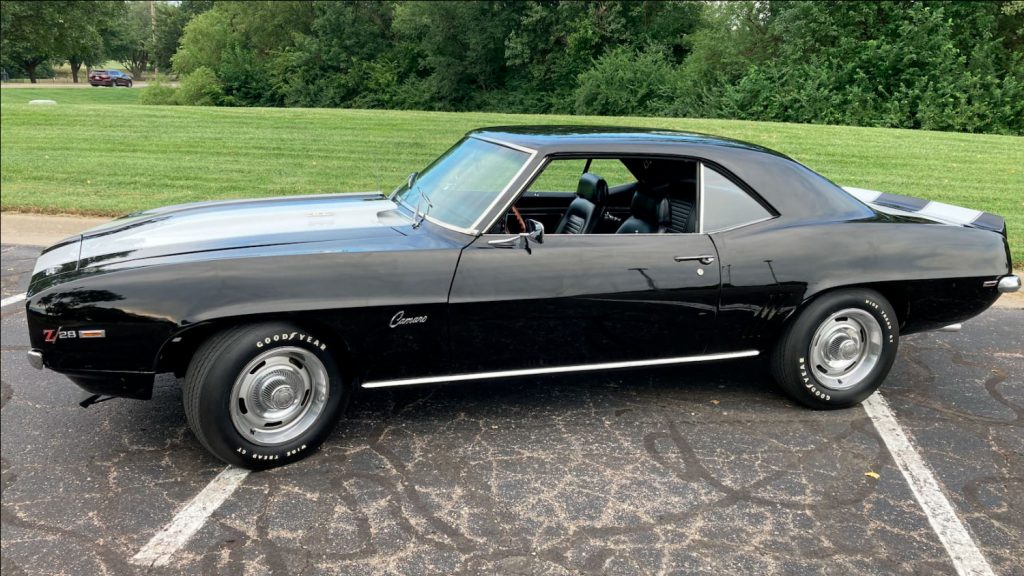 The 1969 Chevy Camaro received several aesthetic changes. The front fenders, rear quarters, rear panel, header, valance, and doors were all redesigned in appearance. Wheel wells were flattened for a more aggressive look, and the standard grille had a new look, with sharper angles. Inside the 1969 Chevy Camaro, the main instrument binnacle pods shifted to a more squared appearance, but the console-mounted instruments remained unchanged from the year before. Mechanically, four-wheel disc brakes (RPO JL8) were now available as an option on any Chevy Camaro. 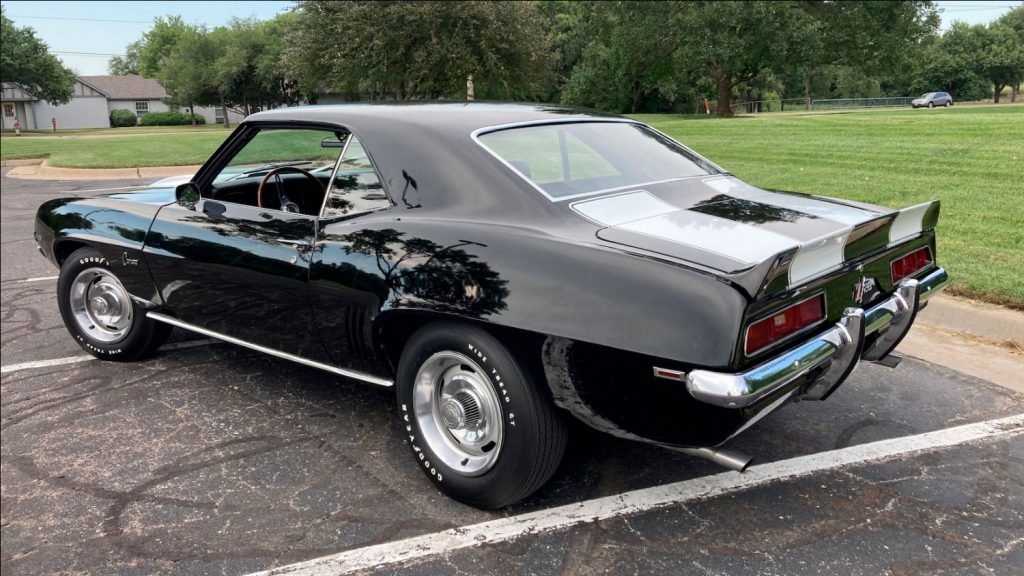 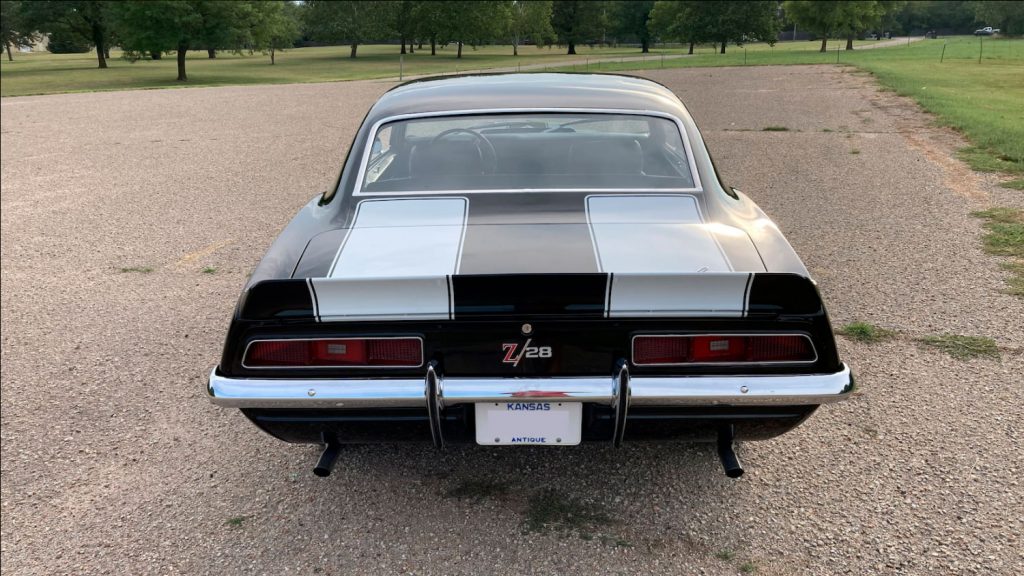 Our feature Chevy Camaro Z/28 is finished in glossy Tuxedo Black with white stripes over a black vinyl interior. It sits on painted steel Chevy Rally wheels with tall caps and trim rings, wrapped in Goodyear WideTread GT bias-ply tires. Built at the Norwood, Ohio plant in April of 1969, the Camaro was delivered to Briggs Chevrolet in South Amboy, New Jersey. It has enjoyed the same owner for the past 19 years. This Camaro was refurbished and repainted in 2000, and appears to be holding up well, courtesy of climate controlled storage. 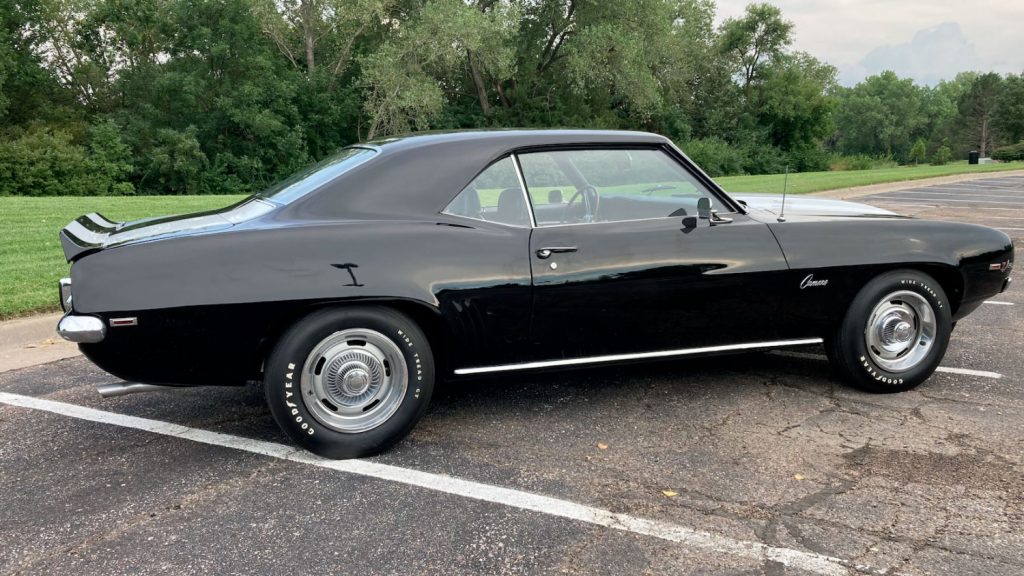 The interior of this Chevy Camaro Z/28 presents well, with little sign of wear noted. The black carpets show slight wear on the driver’s side footwell, but the outer seat bolsters have little to indicate use. Glass is in fine condition, with no nicks or cracks observed. The center console is home to the Hurst shifter and console gauges. An AM/FM radio resides in the crack-free dash, and a three-spoke Rosewood steering wheel is home to a slightly faded horn button. 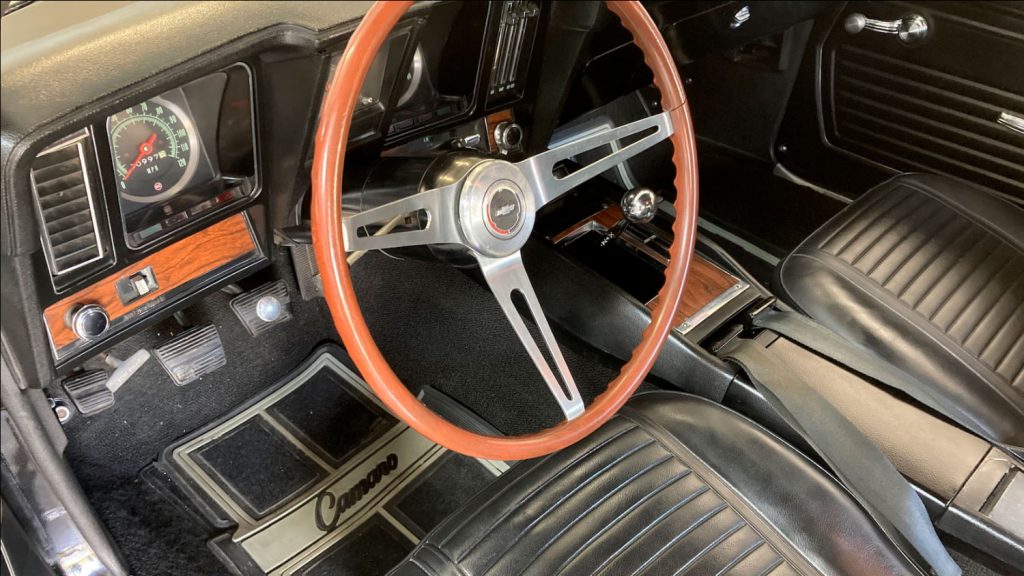 Under the hood of the Chevy Camaro Z/28 is the legendary DZ 302, which was laughingly underrated at 290 horsepower. Backing the potent Small Block is the Muncie M20 four-speed manual transmission, and the twelve-bolt Positraction rear end with 3.73 gears. The largely correct engine bay shows only minor dust. The Camaro is equipped with power brakes with front discs and a raised, cowl-induction hood. 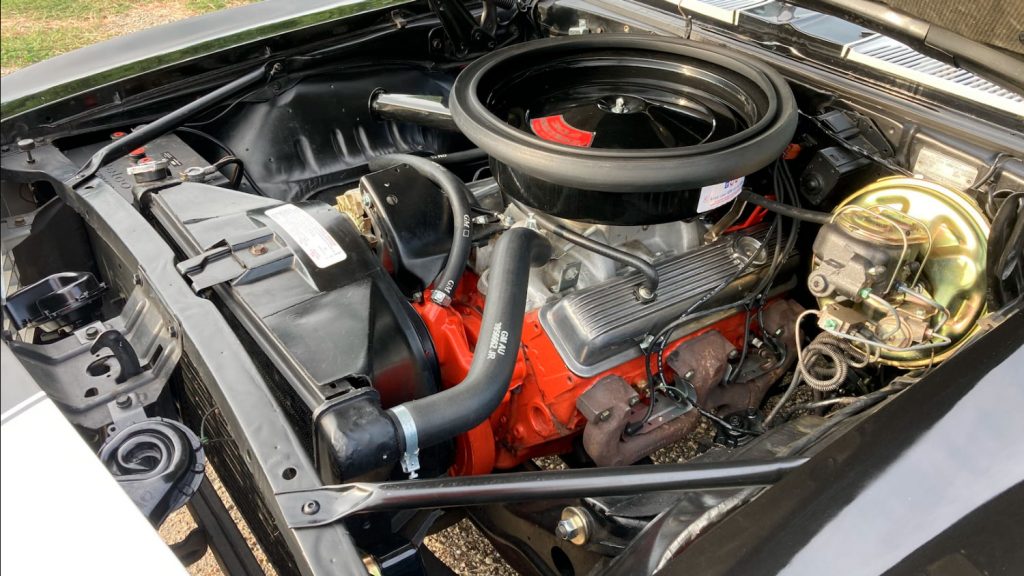 This slick Chevy Camaro Z/28 is accompanied by an NCRS shipping data report. It will be crossing the auction block at the Mecum Auctions Kansas City sale taking place December 2nd-4th. 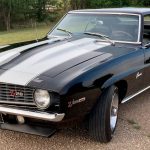 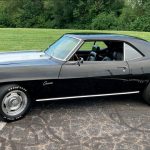 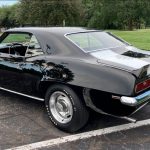 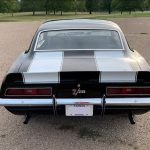 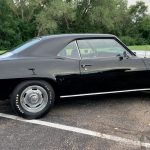 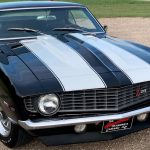 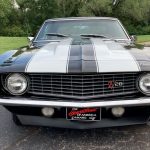 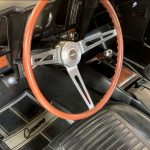 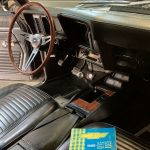 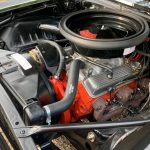 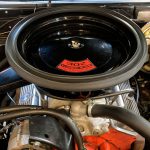 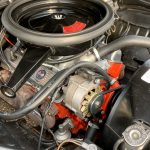