The 1966 Oldsmobile Cutlass marked the third year of its second generation with a slight restyling that featured body lines akin to the full-size Olds 88, and Sport and Holiday hardtop rooflines that were becoming more like flying-buttress fastbacks. Available engines included the Oldsmobile Action-Line inline six, and two versions of the 330 cubic-inch Jetfire Rocket V8. The Cutlass Supreme four-door hardtop, AKA the Holiday Sedan, also joined the line. 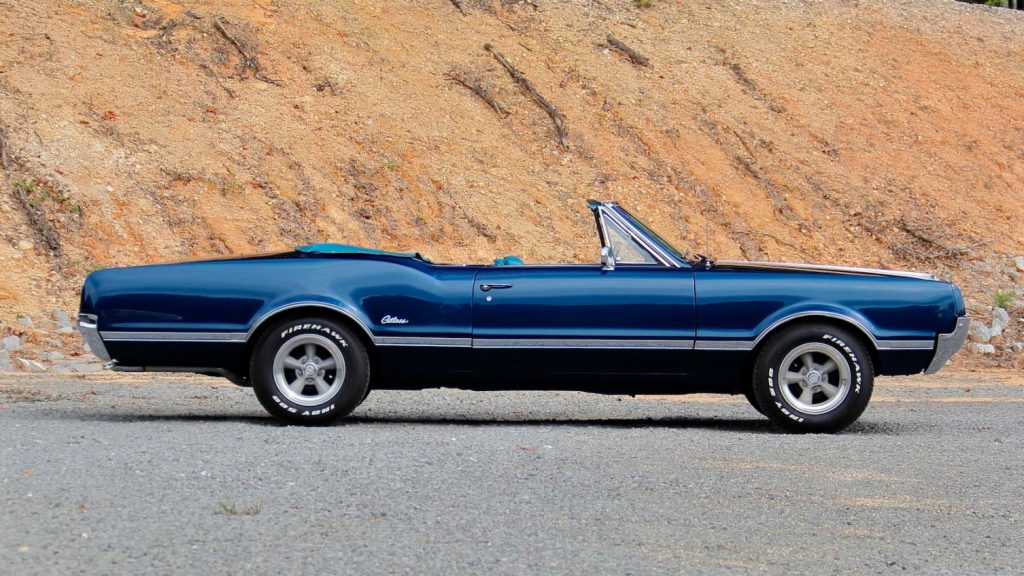 Our feature 1966 Oldsmobile Cutlass convertible is beautifully finished in Royal Mist over a Bright Blue vinyl interior, with a white soft top. The standard steel wheels have been replaced with American Racing Torq Thrust D Series mags shod in raised white-letter Firestone Firehawk Indy 500 radial rubber. The chrome bumpers are quite brilliant, holding up remarkably well or have possibly been re-finished. Stainless trim is equally bright and well-polished. The glass looks to be crystal clear, with no signs of nicks, cracks, or wiper tracks. 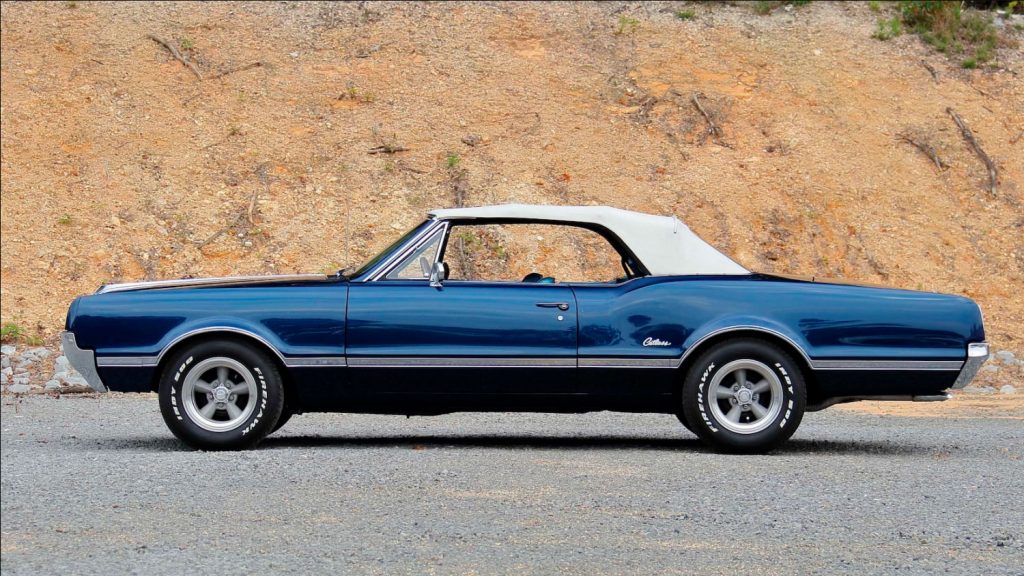 Inside the Oldsmobile Cutlass convertible, the bright blue interior shows very little indication of wear. The carpets have some light discoloration that could likely be cured with a bit of shampooing. A wood-rimmed three-spoke steering wheel with an Olds horn button tops the column. The console is home to the intake vacuum pressure gauge and three-speed automatic transmission shifter. Beneath the dash on the right side, two auxiliary gauges have been installed. This Cutlass is equipped with a power convertible top, power steering, and power brakes. 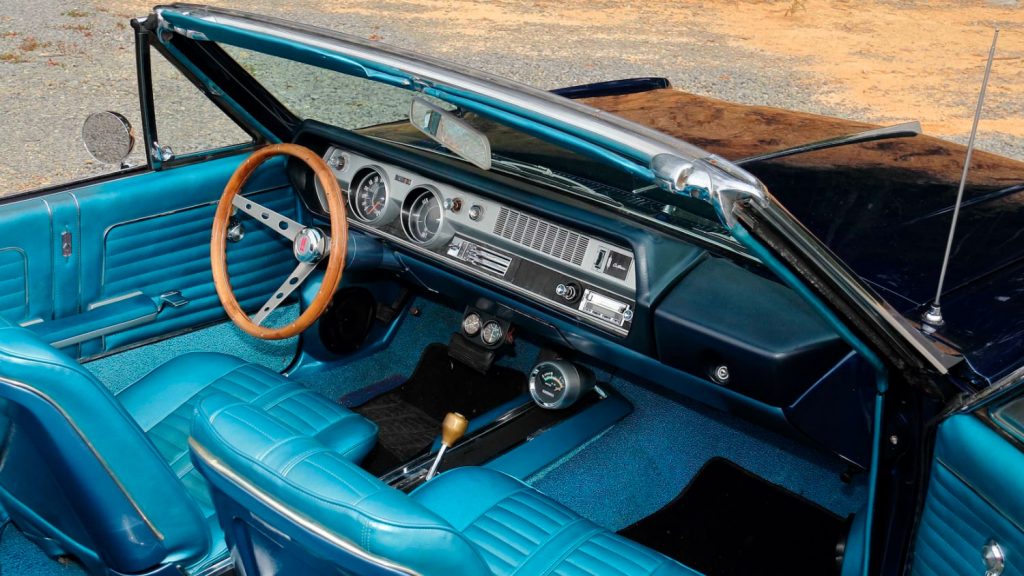 The engine bay of the Oldsmobile Cutlass convertible is home to the 330 cubic-inch Jetfire Rocket V8 producing 310 horsepower, backed by the aforementioned three-speed automatic transmission. The single master cylinder power brake booster is mounted on the firewall. The engine compartment is clean and detailed. 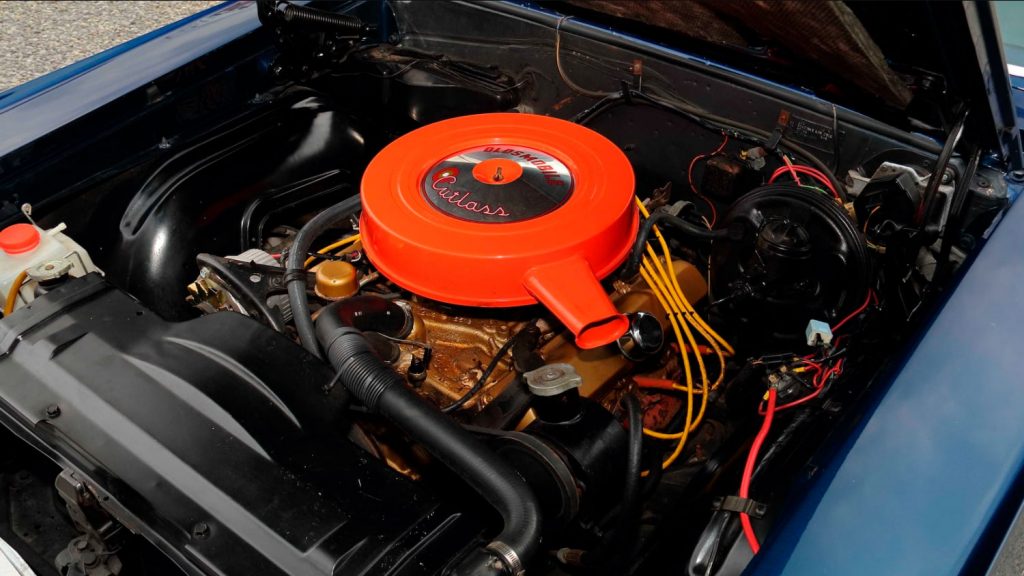 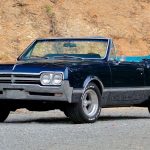 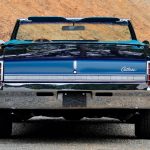 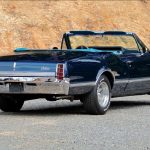 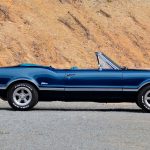 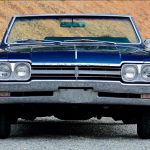 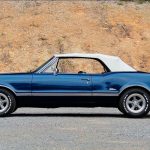 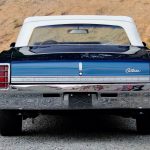 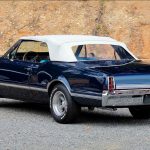 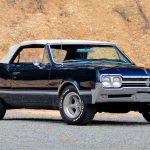 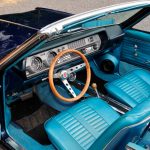 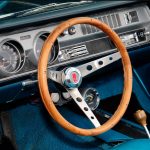 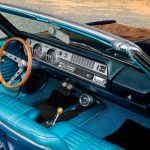 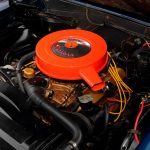 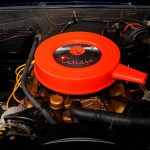 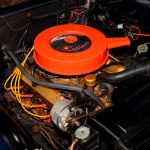