Conceived in early 1963 by Pontiac’s John Z. DeLorean, Bill Collins, and Russ Gee, the Pontiac GTO was a factory hot rod born by replacing the standard 326 cubic-inch V8 in the mid-size Pontiac Tempest with the 389 cubic-inch V8 from the full-size Catalina and Bonneville. At that time, General Motors had an internal edict that mid-size cars were not to have engines in excess of 330 cubic inches, a rule Pontiac skirted by saying it didn’t apply to engines offered as “options.” Elliot “Pete” Estes approved the GTO option package for the Tempest, with an initial production limit of five thousand cars. Thus, the 1964 Pontiac GTO was hatched, and so began the Muscle Car era. 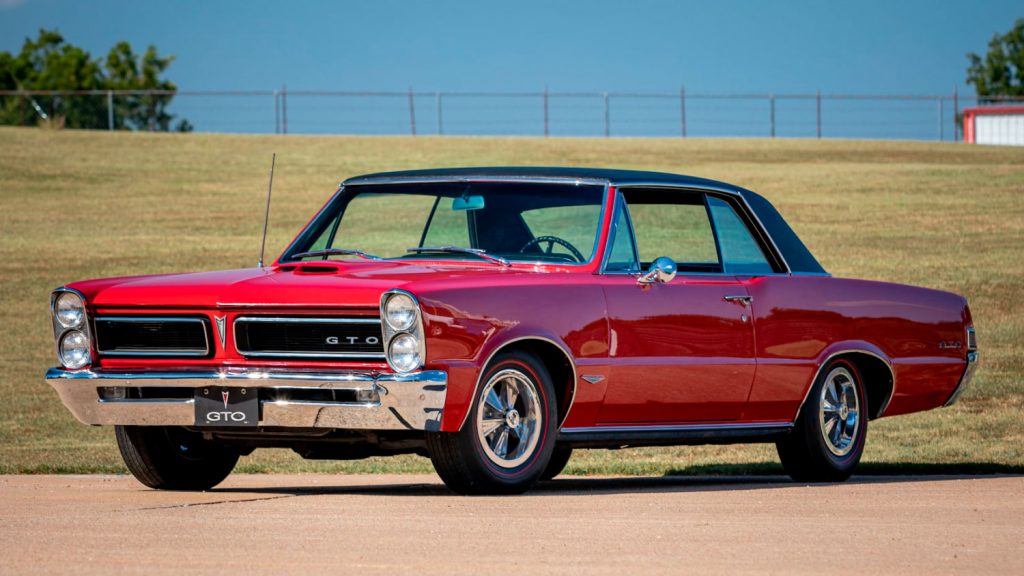 For the 1965 model year, the Pontiac GTO, as well as the rest of the Tempest lineup, received a restyling. The overall length grew by 3.1 inches, while the wheelbase and interior dimensions remained unchanged. The headlights were vertically stacked as opposed to the side-by-side arrangement of the previous year, and the hood now featured a simulated hood scoop. A dealer-installed option that made the hood scoop functional was available. Heavy-duty shocks became standard, brake surface increased by almost fifteen percent, and a beefier front sway bar was added. The dash was refreshed, and an optional Rally Gauge cluster was available for $86.08. The overall weight increased by around one hundred pounds. 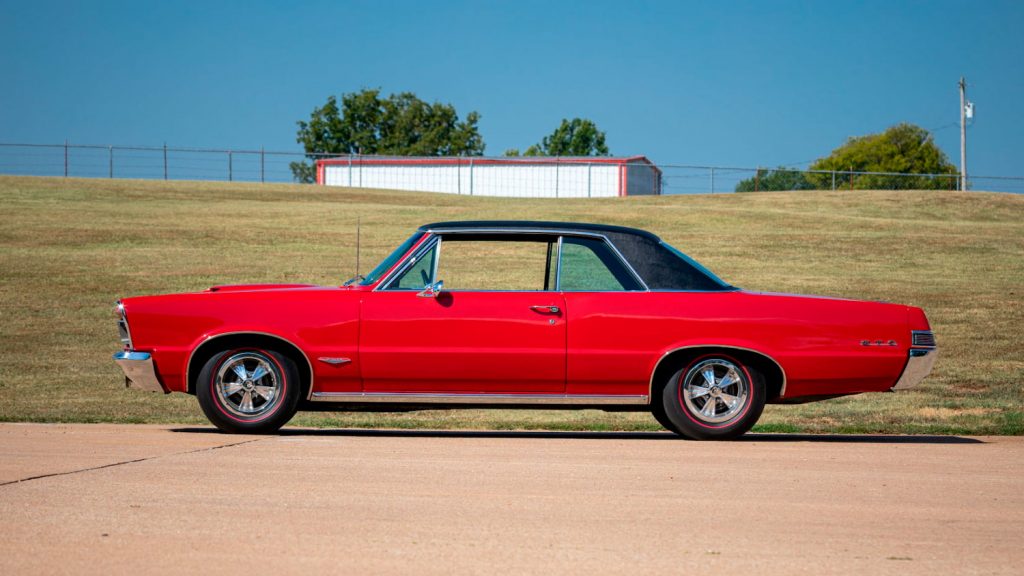 Under the hood, the Pontiac GTO’s 389 cubic-inch V8 got new cylinder heads and a high-rise intake manifold, resulting in better engine airflow and a bump in power to 335 horsepower for the four-barrel engine, and 360 horsepower for the Tri-Power. The standard transmission was the three-speed manual, with a four-speed manual or two-speed automatic available. 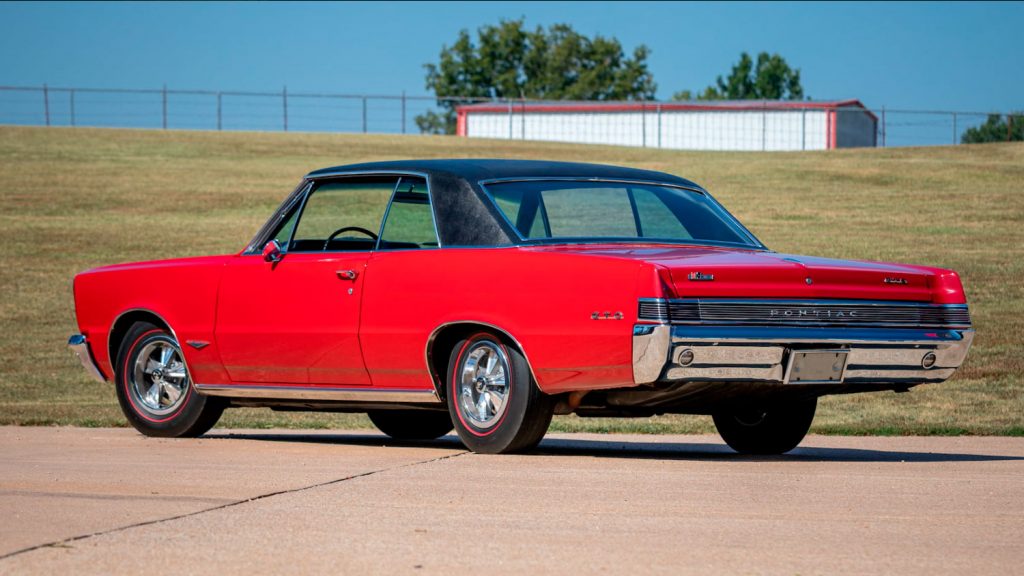 Our feature 1965 Pontiac GTO hardtop is finished in brilliant Montero Red with a black vinyl top and black vinyl interior. Five-spoke Hurst wheels are wrapped in Firestone Redline tires. The Pontiac GTO is powered by the 389 cubic-inch V8, with the desirable three two-barrel Tri-Power carburetion, and backed by a four-speed manual transmission. 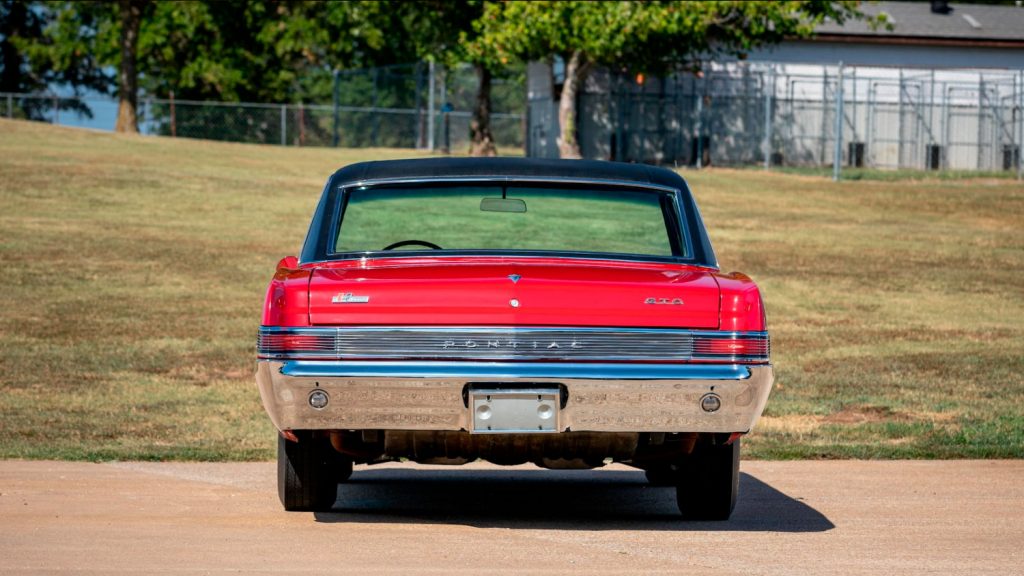 The exterior Montero Red finish appears to have great shine. Chrome bumpers show no signs of patina or pitting, and have likely been refinished. Stainless trim is well polished. Glass is clear, with no nicks or chips, and weatherstrip presents as new. 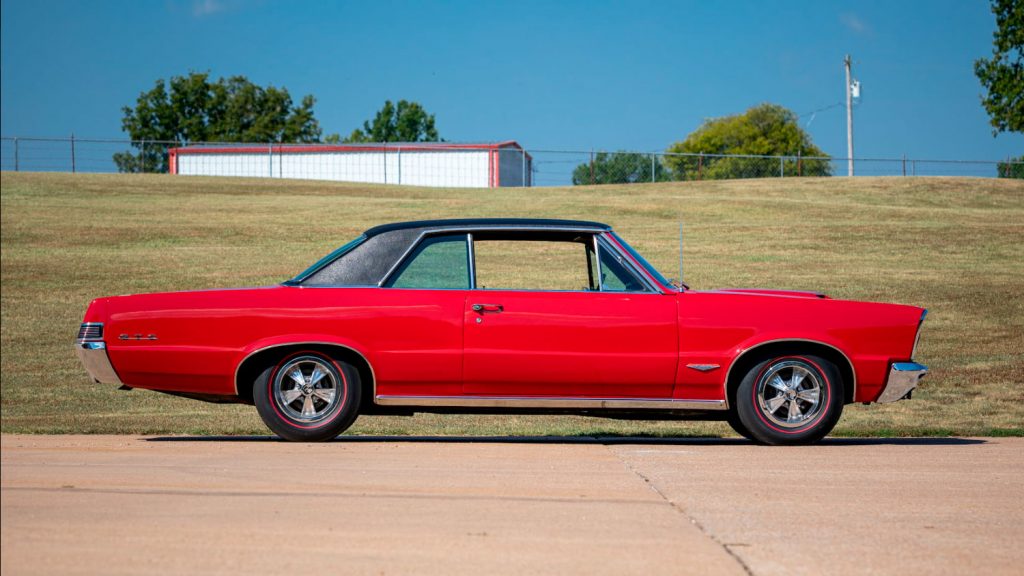 Inside, the Pontiac GTO has a black vinyl interior with bucket seats and factory console. The seats show no appreciable wear, with only minor creasing present. The black loop carpets are colorfast, protected by factory rubber Pontiac mats. The Hurst shifter is topped by the iconic white shift ball. A factory pushbutton Delco radio resides in the dash. 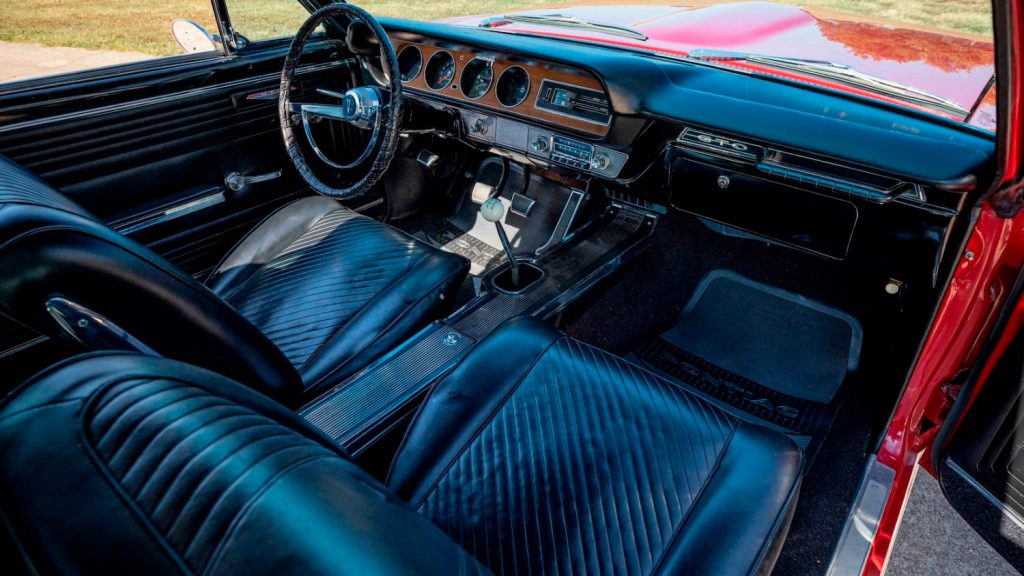 The GTO’s engine bay is a bit dusty, but looks to be mostly correct. The 389 wears a chrome dress-up kit including valve covers and individual covers for all three carbs. 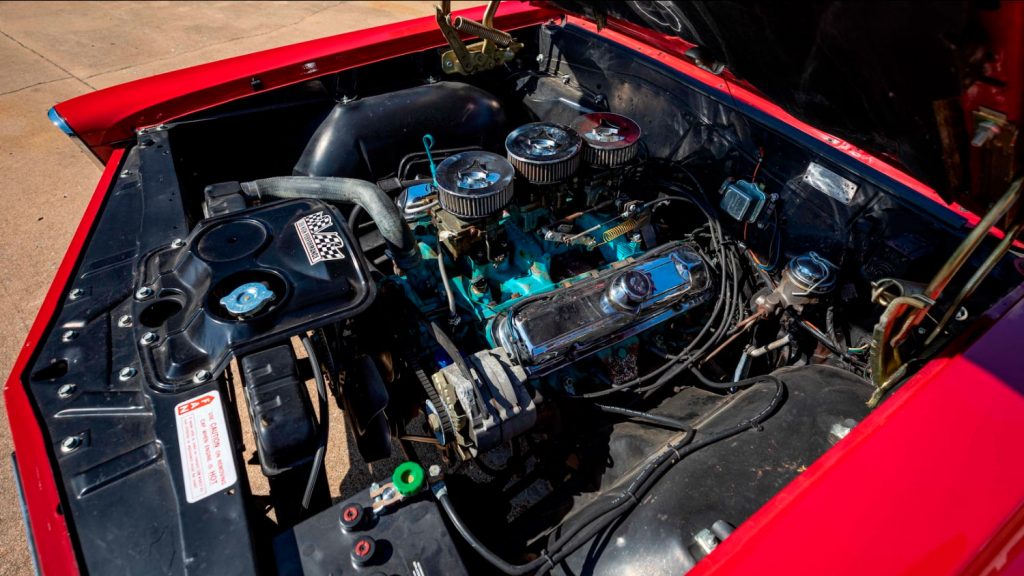 This attractive 1965 Pontiac GTO will be crossing the auction block at the Mecum Auctions Kansas City event happening December 2nd-4th. 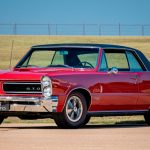 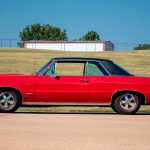 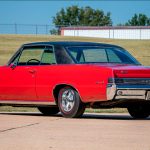 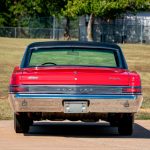 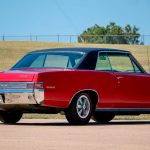 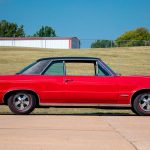 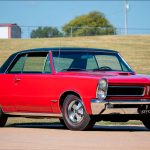 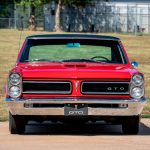 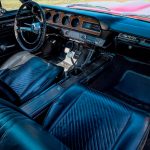 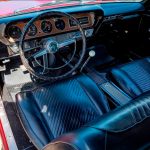 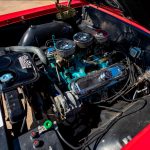 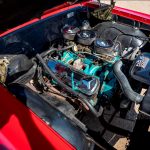